At the end of the day, when all others have gone home, there are currently 113 students who stay behind on campus and head up to Bruce House to share dinner, do homework and settle for the night. For these 31 girls and 82 boys who board, College life is so much more than a school day – it is a 24/7 immersion! Accordingly, the student leaders of Bruce House have the responsibility and privilege of having a huge impact on their fellow boarders’ lives.

This year, Robert Rush and Courtney Griffiths have been appointed as Bruce House Head Boy and Head Girl, having demonstrated leadership, self-discipline, humility, sensitivity and empathy in their time as boarders - above all, they lead by action and example. They will be well supported by their Deputies, Rafe MacDonald and Brooke Wylie. The four leaders received their Bruce House prefect badges at the first formal dinner of the term, where the two Bruce House Head Prefects were given the opportunity to address their peers.

Courtney has been a boarder since 2016, and like many before her, spoke of being nervous when she first arrived, even with the support of her older brother who was also boarding for the first time. But like others, she spoke of the nerves being short-lived, as she was quickly made welcome and discovered new friends. She said, ‘One of the things that I absolutely love about boarding is that it teaches you a tremendous amount of independence, something that most kids don’t really get to learn until they get to university. I’ve also found that boarding has taught me to become more understanding of others around me, as everyone has lived a different life, experienced different things and that makes them who they are – an individual - and that’s awesome. She finished by saying, ‘Don’t be afraid to lend a helping hand to anyone that needs it, because at the end of the day, without a sense of caring, there can be no sense of community and obviously that’s something that is vital in a boarding house.’

Robert joined the boarding house last year and recalls how scared he felt on his first day; a feeling that was soon dispelled as he settled into boarding life. He said, ‘Boarding is just the best opportunity. The best way to form new bonds, friendships, memories, and learn new life skills and lessons. Boarding is all about being organised.’ He also spoke about the importance of ‘getting along and learning how to talk and live with over 100 boys and girls. Bruce House is another tool towards our growth as a person for our lives after college.’

Between the four of them, the Bruce House prefects are well attuned to lead their fellow students and help new students adjust to life as a boarder. They all recall the initial feelings of missing their families but came to learn that the best way to combat homesickness is to get involved. With the College and all its facilities on their doorstep, the capacity for boarders to engage and gain the benefits of our ‘World of Opportunity’ is easy.

We wish Courtney, Robert, Brooke and Rafe well as they take on the challenge of leading Bruce House in 2018.

Being a Boarder at Bruce House
Bruce House will be home to well over 100 boarders this year from Year 7 to Year 13. Amongst them are international students from across the globe bringing a diversity of cultures to the boarding house. The Kiwi residents come from all around New Zealand, with many from rural regions. A large number are also from the Auckland region but live too far away for daily access by bus or car, and choose to board to take full advantage of co-curricular activities that take place before and after school, as well as the assistance of tutors during Prep time. A 7am music rehearsal and sports training finishing at 5pm are much easier to manage when they take place only a few minutes’ walk away!

Testimonials from past boarders never fail to mention the sense of belonging that living at Bruce House engenders, with many referring to fellow boarders as an extension of their families.  As well as the student leaders, the Bruce House staff play a vital role in creating and maintaining the feeling of community. House Master, Mr Adam Bannister and his family live onsite, as does Head of Girls’ Boarding, Mrs Bridget Anitelea, who has responsibility for the girls. Along with the duty staff, matrons, gap tutors and kitchen personnel, there is a caring team making sure the boarders have a true home base at College when they are away from their own families. 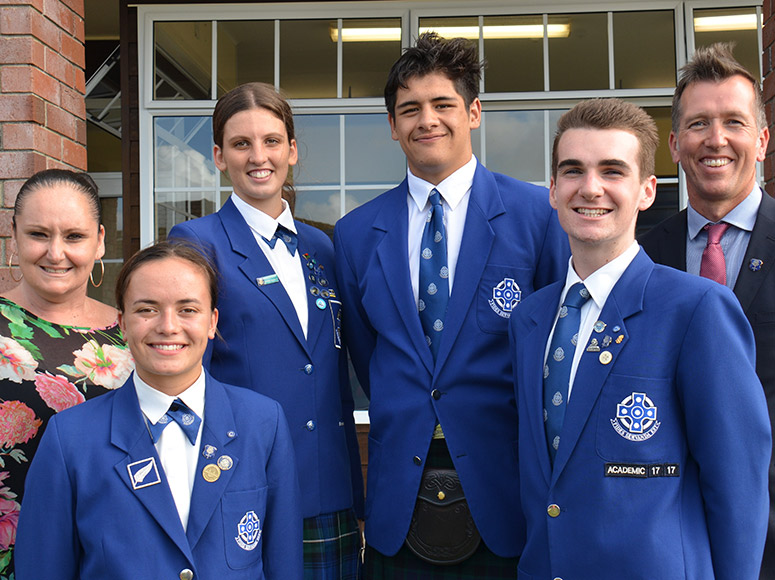 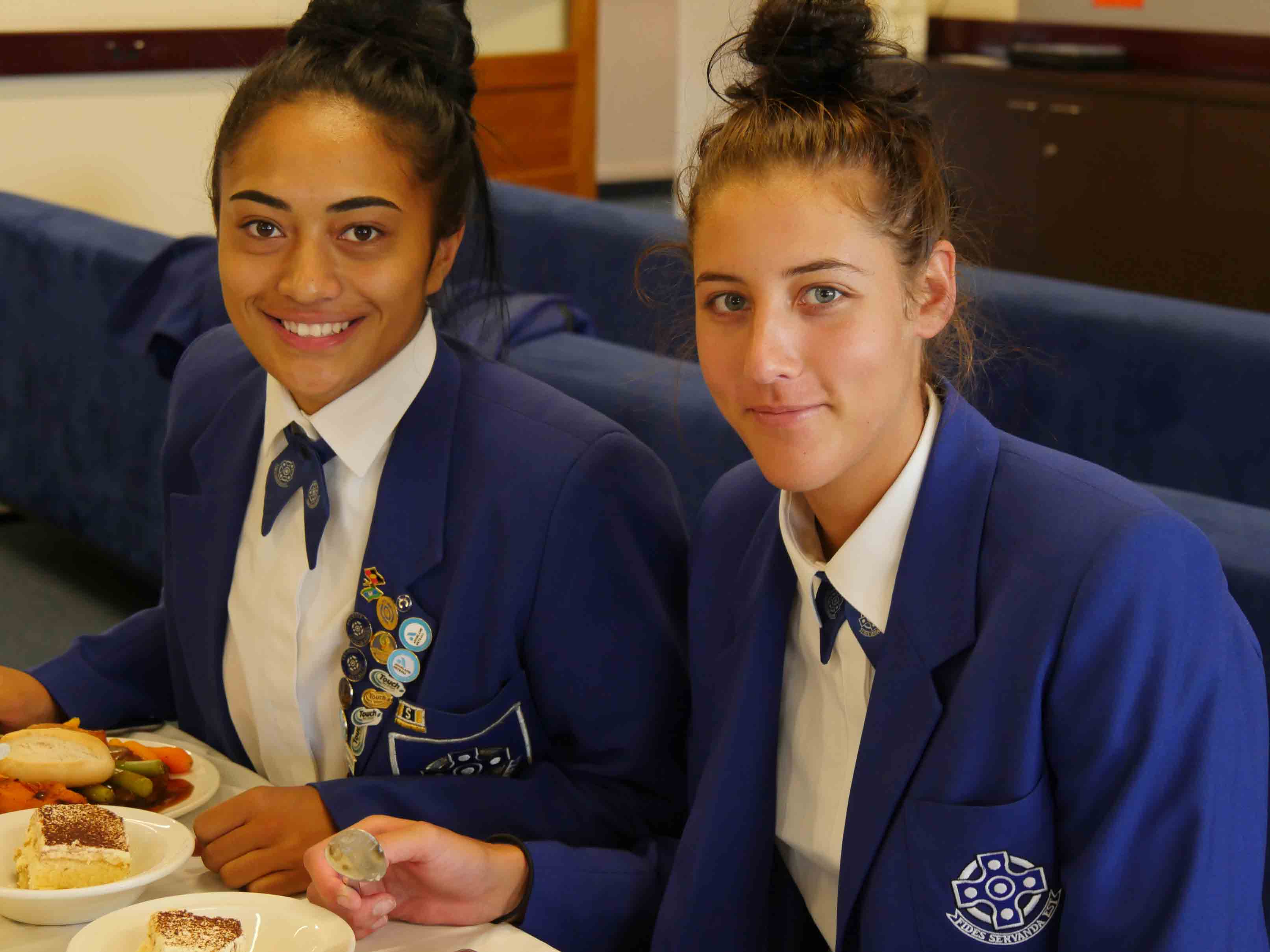 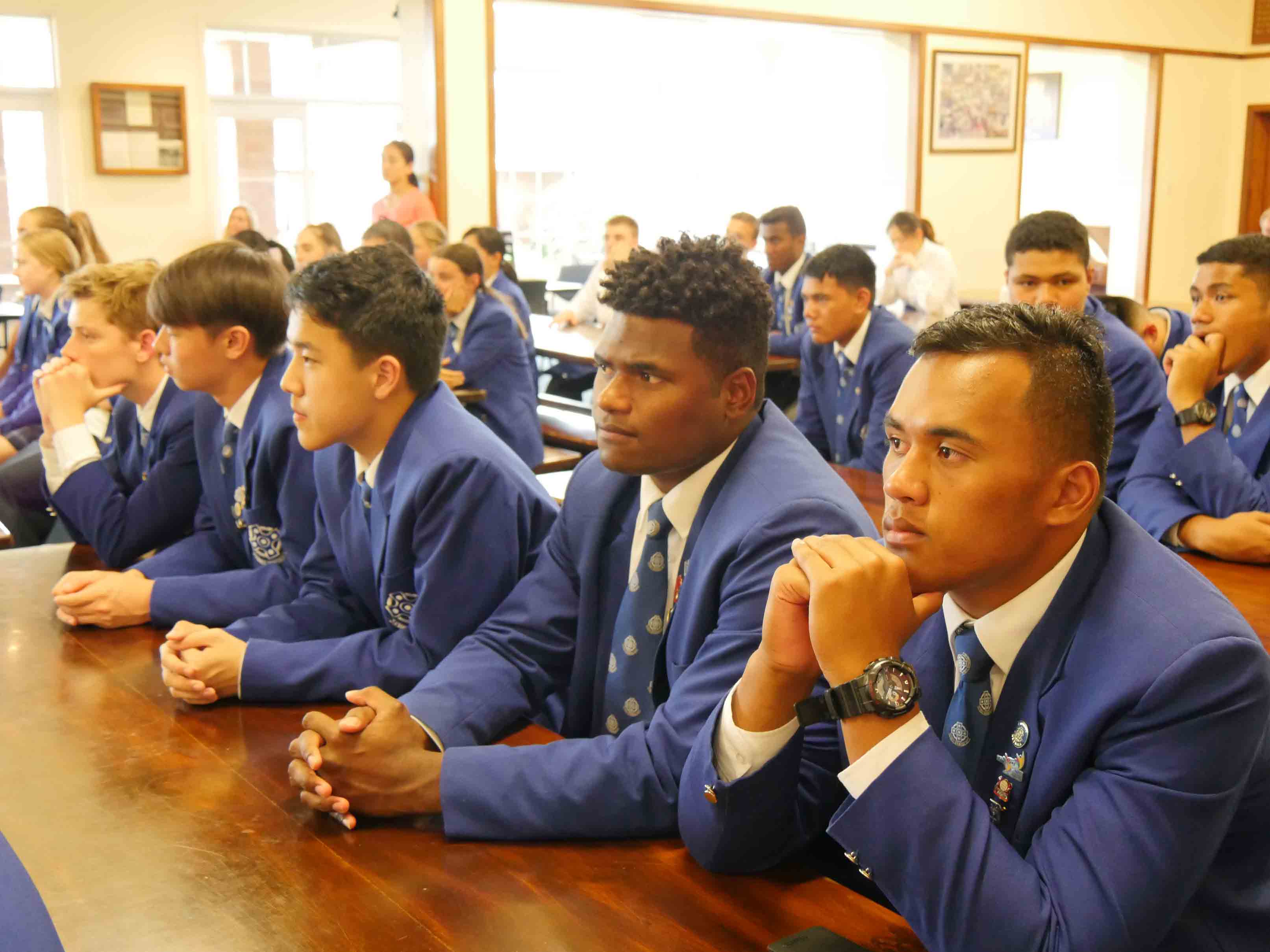 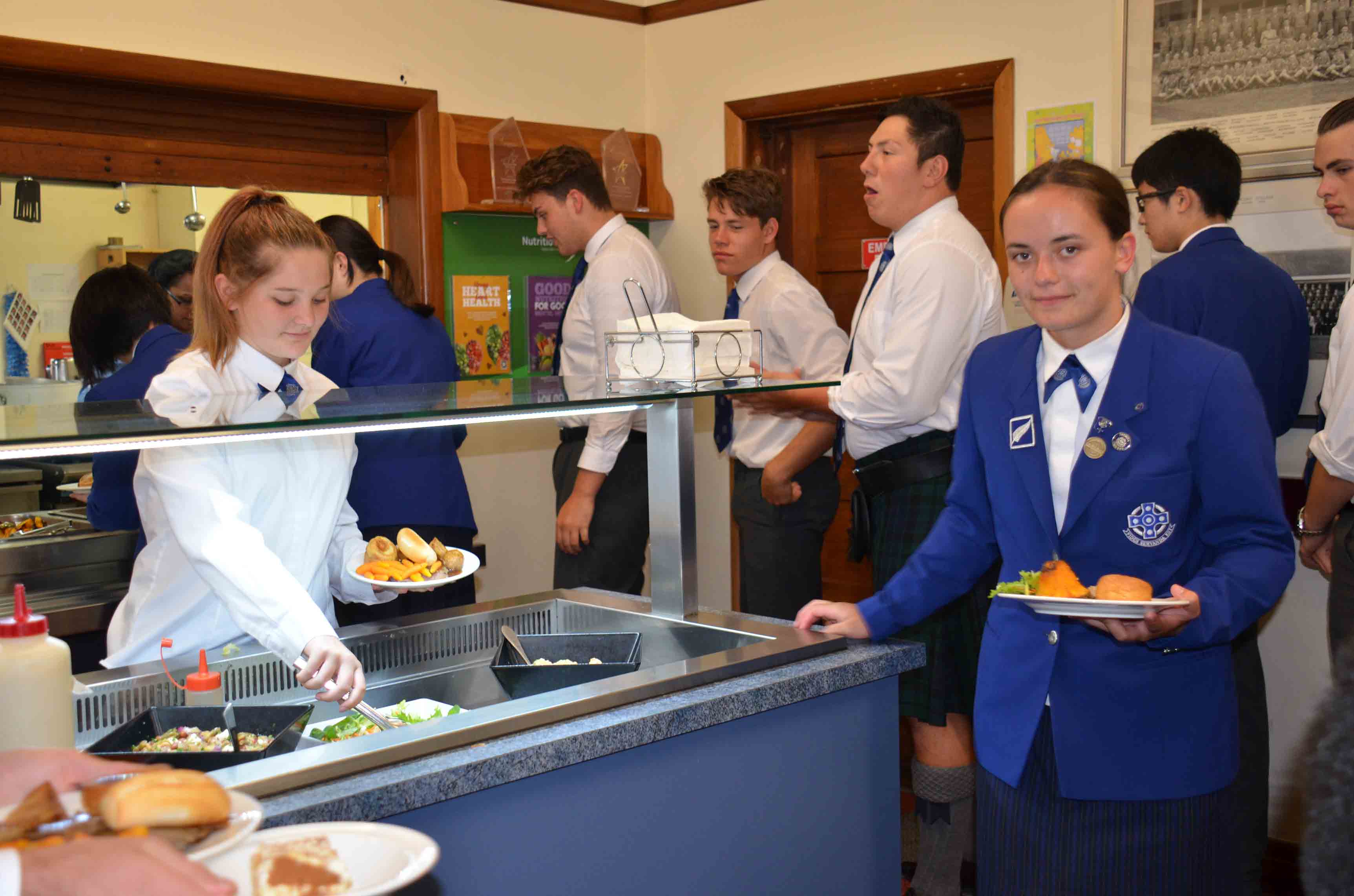 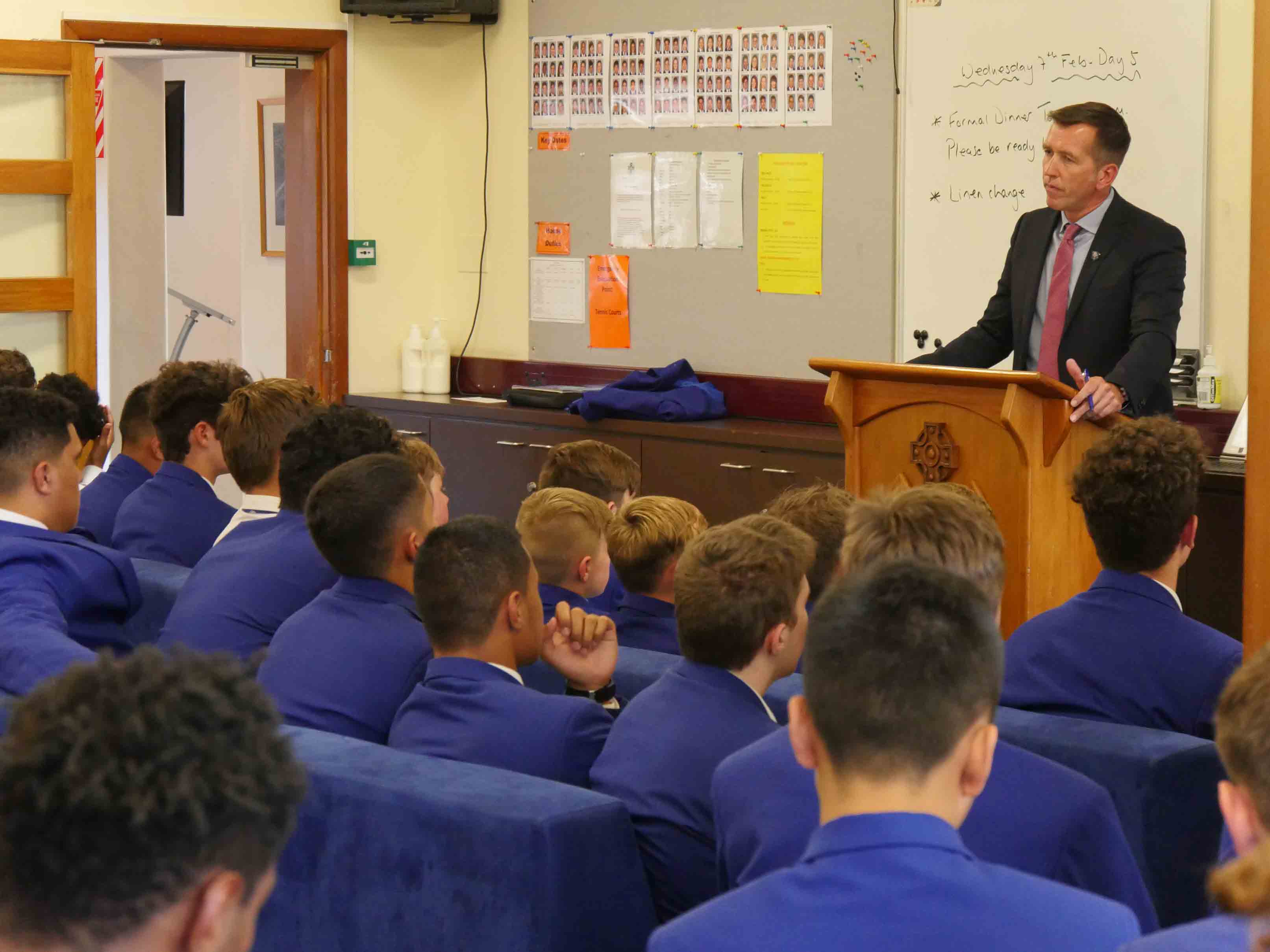