Each November, as the academic year draws to a close, parents, staff and Trust Board members join the boarders at Bruce House to celebrate their achievements and give thanks to those who care for them – their surrogate family members during term time. This is a special evening where the invited guests soon gain an understanding of the strong family bond that pervades the boarding house.

After welcome drinks in the girls’ Villa, guests were challenged by the formidable Bruce House Haka before being led to their table for dinner by the graduating Year 13s. Year 11 student, Joseph Bradshaw, opened the evening with a gentle delivery of the popular song, ‘Count on me’ by Bruno Mars before Bruce House Head Girl, Emma Appleton, led the House Grace.

As always, the dinner was sumptuous and the dining room lovingly prepared by Shobna and her team from the kitchen. During the course of the evening, we heard from the students about the exceptional role that Shobna plays, not only preparing their meals but also being ready to offer a listening ear and give advice.

In his address, Housemaster, Mr Martin Piaggi, said he felt it was a privilege to share in the daily lives of 112 young people. He said, ‘The change and positive maturing a boarder makes in front of my eyes is by far and away the most satisfying and rewarding aspect of the job.’ He also gave thanks to Matron, Mrs Rosemary Capill for her on-going care as surrogate mother and to Mrs Suzanne Winthrop for all she has done to make Girls’ Boarding ‘feel like home.’
Mr Piaggi finished by saying that during his time as Housemaster, he felt that Bruce House had achieved the perfect balance of boys and girls, ages and year levels, as well as a mix of cultures and ethnicity.

Current Bruce House Head Prefects, Alex Waimora and Emma Appleton both came forward to speak in favour of their boarding experience. As a foundation girl boarder, Emma’s three years of boarding translated to 550 days and 1650 meals away from home; yet she summed up the experience as outstanding. As did Alex, who said that he had ’lived like a prince’ at Bruce House!

Head of College, Mr Steven Cole said that Saint Kentigern can be proud of Bruce House; that over the last three years it has changed for the better with the introduction of girls and younger students to the mix. Mr Piaggi and Mrs Winthrop both finish their tenure at the end of the year with Reverend David Smith, along with his wife Karen, taking on the role of Housemaster next year, and Mrs Juliet Dale taking up Head of Girls’ Boarding with her husband, Jon.

The evening concluded with the Bruce House Awards for 2013 and the announcement of next year’s Bruce House student leaders - Ridgley Paxton and Gabrielle Faleto’ese before the Year 13’s took their guests to the Lodge for after dinner coffee.

The Marcroft Cup for Sportsman of the Year: T J Faiane 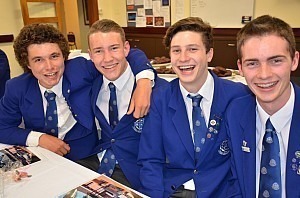 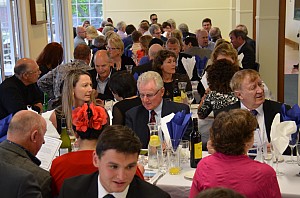 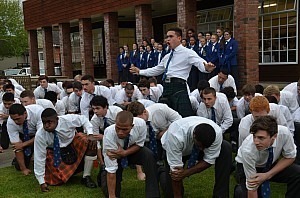 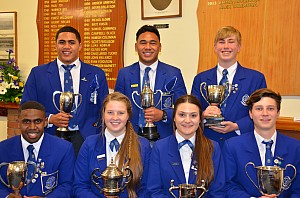 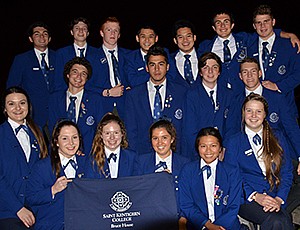 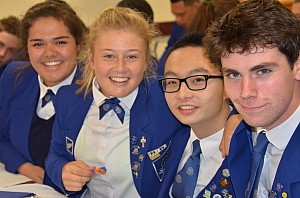 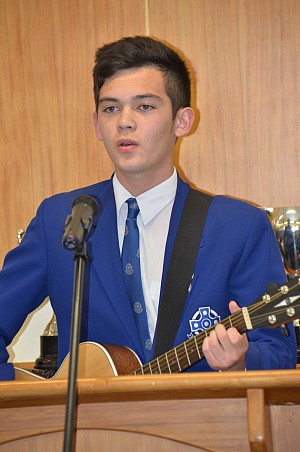