With thanks to our student reporters

When we heard about the New Zealand Young Physicist’s Tournament (NZYPT), we were intrigued by the opportunity of putting the physics theories that we learned into practice. We had no idea what the tournament entailed but decided to give it a go anyway.

Months beforehand, we were given seven open-ended complex physics problems, which required us to research, investigate and experiment various physics concepts such as inventing a corona discharge motor from scratch, producing laser shot sounds by tapping a slinky, picking up ping pong balls by blowing through funnels, and investigating how cones amplify the human voice. We had to complete an extensive amount of work outside of school time to solve these problems and spent many days after school testing again and again.

In early March, we competed against 11 other teams in the NZYPT Auckland regional competition and came third place overall. Our placing at the regional event allowed us to participate in the national final held on March 23.

The format of the competition consisted of several ‘physics fights’ in which one team presented their solution to a jury of various physics teachers, engineers and former International Young Physicists’ Tournament (IYPT) team members, while the other team attempts to find holes in the presenting team’s solution. Each physics ‘fight’ not only required knowledge of the physics behind the problem, but also confidence in a debate-style discussion and strong teamwork.

Our efforts payed off—we finished third in the national final! This could not have been possible without the assistance and support of the physics department. Special thanks to Mr Aitken for his help, support and for supervising us at one of the tournaments. Thanks also to Mr Naude who supervised us at one of the tournaments and especially to Mrs Winthrop for taking time out of her Saturday to watch our success at nationals.

We look forward to more students from the Senior College participating in this in the future. The 2020 problem set will be out in September, please contact Mr Naude for more details. 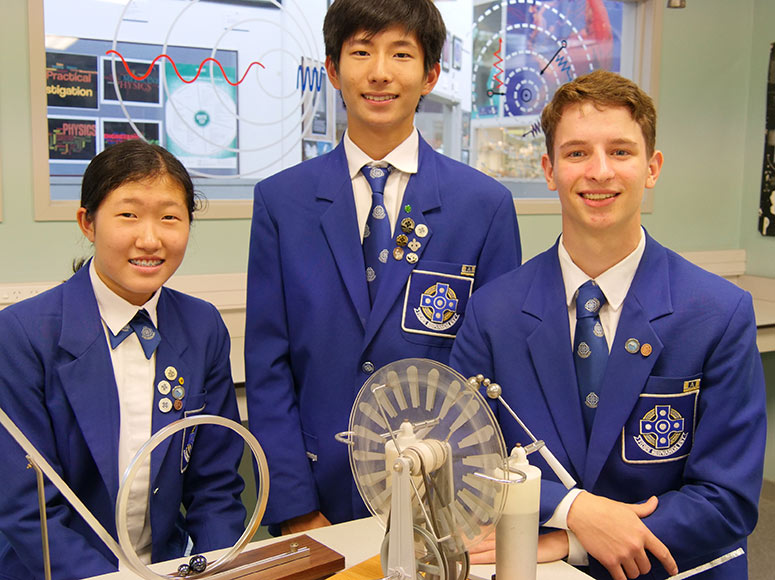 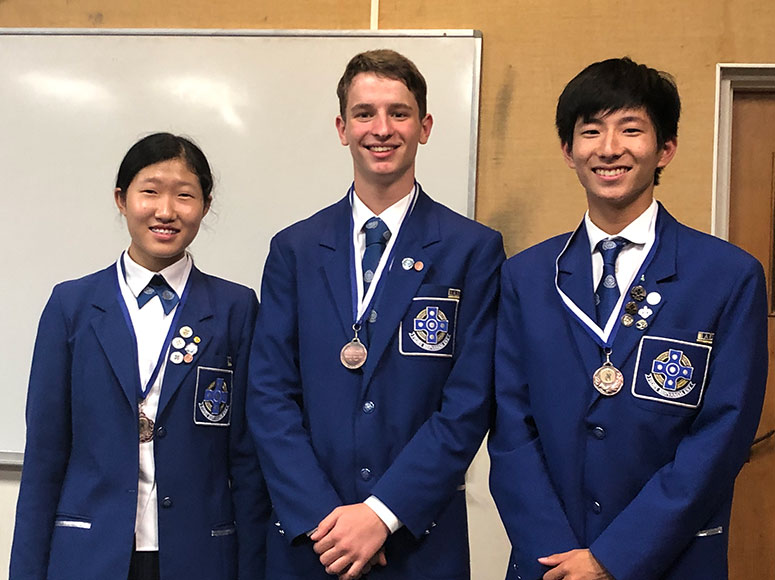 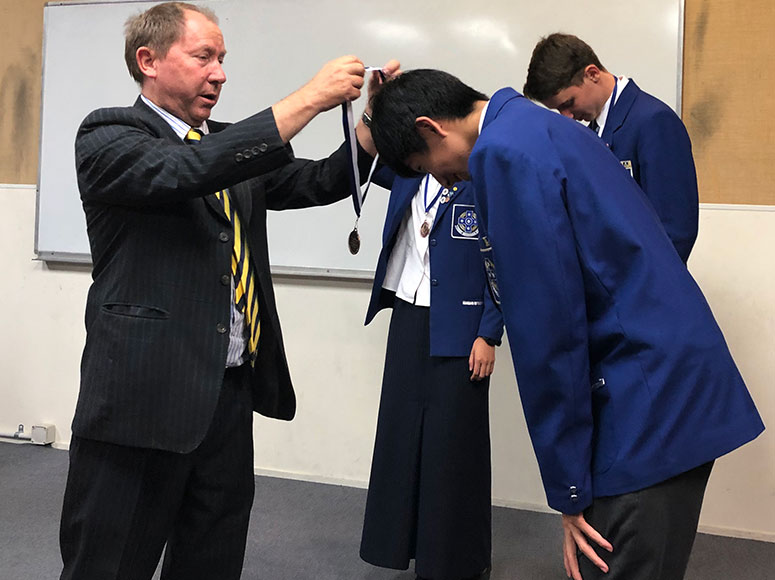