With thanks to Senior School Dean, Mr Richard Kirk

For the third consecutive year, the Year 8 boys headed to camp in the Tongariro National Park. The focus was to offer our boys experiences in the outdoors that provide challenge, and opportunities for leadership and growth; both individually and as a group.

Spread across three locations, each group had a day on the lake in kayaks or canoes, a local activity day and an overnight expedition that encompassed many fantastic activities.  They also undertook a mountain walk which included a rock climb, bush bashing and required the boys to take turns navigating the group safely.  The weather in the National Park can often be unpredictable but this year we had beautiful blue skies all week (nearly!).

The heart of the camp was the expedition that each team undertook.  This involved packing a pack, hiking to various locations, making shelter and undertaking different activities along the way.  Caving, abseiling, rock climbing, flying fox, canoeing as well as making camp, cooking their own food and ensuring that all members of the group were looked after were necessary for each student.  The boys spent two days and one night out in the bush relying on their own resilience and each other’s before returning to the lodges.

A camp like this is designed to challenge the boys to achieve things beyond what they thought was within their capability.  Each boy was challenged in a variety of ways and we were pleased that everyone responded well to these challenges.  Working out how to get through difficult moments is a skill for life and one that these boys learned without exception.  The boys learned a lot about themselves, the other boys around them and how to work together for the good of the collective whole.

The staff at Hillary Outdoors did a great job at challenging our boys, but also made sure they were supported where necessary.  Our own staff also did a great job at motivating the boys to achieve all they could.  This year we also had a group of parents with us and they were a hugely valuable addition to our camp.  Their support for the boys was great and I am sure they enjoyed their time as much as the boys and staff.

While the camp was designed to challenge, it was very important that this included activities that were fun and engaging.  The feedback from the boys has been that the camp was just that!  A few of the boys’ reflections have been included here.  Interestingly, not many of our boys had experienced the outdoors in this way before and when asked if they would do it again, the answer was a resounding yes!

Thank you to all the staff that attended in making this camp a unique experience for our boys.

AND WHAT DID OUR BOYS THINK ABOUT CAMP?

‘Year 8 camp was an incredible experience for me. We went on this camp to learn how to cope outdoors in the bush and challenge ourselves. We did many awesome but hard activities. One of the most challenging ones for me was the walk to our campsite on the overnighter. We started on a two and a half hour walk after we got off the canoes, everyone was slightly tired and wet, but we pushed on and began the walk. The path was muddy and we all got very dirty, and the second half of the walk was covered in overgrown prickle bushes. By the time we got to the camp, we were all relieved and we sat down and looked at our various cuts and bruises. The overnighter was an experience I won’t forget. On camp we learnt many things like, packing essentials, learning which plants are useful e.g. edible, and how to cook our own meals in the bush.’
Zac Williams

‘Camp was a time filled with perseverance and enjoyment. We all tried new things and built friendships through our struggles. I am sure that everyone who went to the Year 8 Camp would agree that they left their ‘comfort zones’ multiple times.

When the buses arrived at the site, we all piled out of the gaping doors ready to throw ourselves into the wilderness. Everybody had a restless sleep waiting for the morning to come. The next day we made sure to wake up as early as possible. Small flutters of giggles pulsed through the group as we walked to the meeting point.

We all clambered down the stairs ready for our first activity, the flying fox. Normally, this would be a solo activity but because we were ‘flying’ over a raging river with no way to get back, the whole team had to get involved. So we worked together as a group and to help haul each student back up over the river and onto the landing zone.

Over the trip, we participated in many other activities such as a swim in the freezing river (the river was literally ice cold), caving in a whole network of squeezes and tight gaps and kayaking which happened to end in a thrilling bridge jump.

We also went on a two-day hike around the Tongariro area. The walk was filled with prickles and unluckily, someone kicking a live wasp nest. Still we worked together to create a make-shift tent and we encouraged each other to endure the burden of a carrying a large pack throughout the journey.

Overall, I learnt a lot from this Year 8 Camp. For instance, how to make a bush toilet and why you should definitely not kick over your only food on a long hike. Still, throughout these disasters we still managed to try our best and most importantly have fun.
Finn Watney

‘Year 8 Camp was a challenging and more independent camp but also fun. There were heaps of new experiences like abseiling, bush whacking and caving. I learnt about different types of plants in the bushes that were edible and what they taste like. We developed good relationships with each other in our group supporting each other in what we did. One of the most challenging activities was the flying fox because you flew over a river and hung there while your group slowly pulled you in. I was anxious to do it but I’m glad I did because it was extremely fun. A lot of the time I was out of my comfort zone but camp was extremely fun.
James White

AND FROM A PARENT PERSPECTIVE

Hillary Outdoors Tongariro is surrounded by lakes, rivers, mountains and native bush. This was to be the backdrop for our week ahead. The weather forecast was looking great and we were to be blessed with endless sunshine throughout the week.

All the boys happily partook in a variety of outdoor activities and as each activity was ticked off, it was great to see the growing sense of achievement in all of them. Activities such as abseiling, caving, kayaking, bridge jumping, and rock climbing to name a few.

A favourite for me was our overnight in the bush. We tramped off through heavily gorse laden tracks into the unknown, carrying packs which were almost as heavy as the boys. We walked for hours taking in our surroundings. The challenge was real! We climbed hills which felt very nearly vertical, slid down muddy banks, trudged through streams of rushing water, cooked our own food and built a shelter for the night. We were even lucky enough to sleep under a super moon that night. I really believe that the boys arrived back to camp the following day feeling exhilarated and not only physically but also mentally stronger.

Year 8 camp pushed each and every one of the boys beyond their comfort zones, it encouraged leadership and team work, created some newfound friendships and taught the boys that anything is possible if you just believe.
Sarah Wilby, Mother 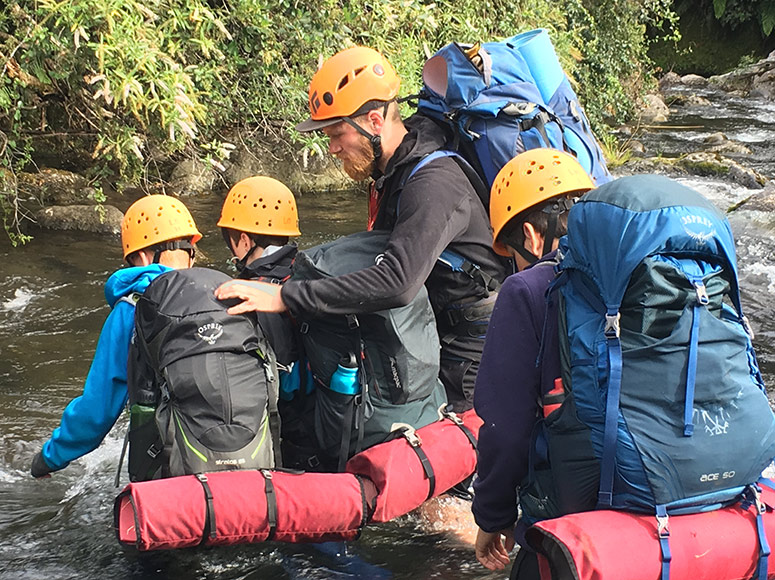 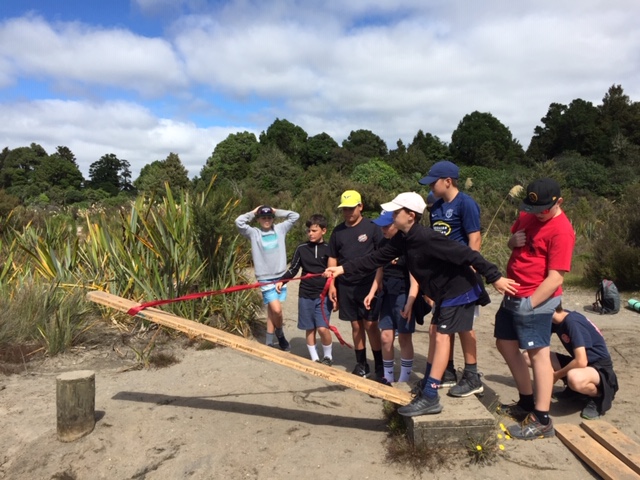 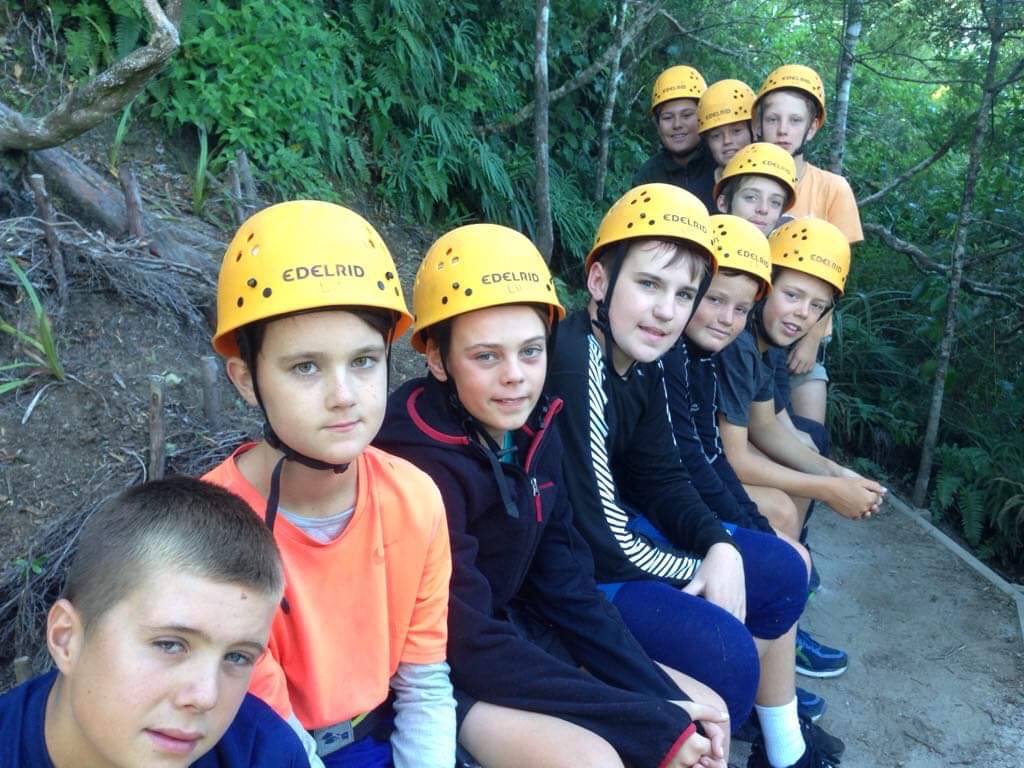 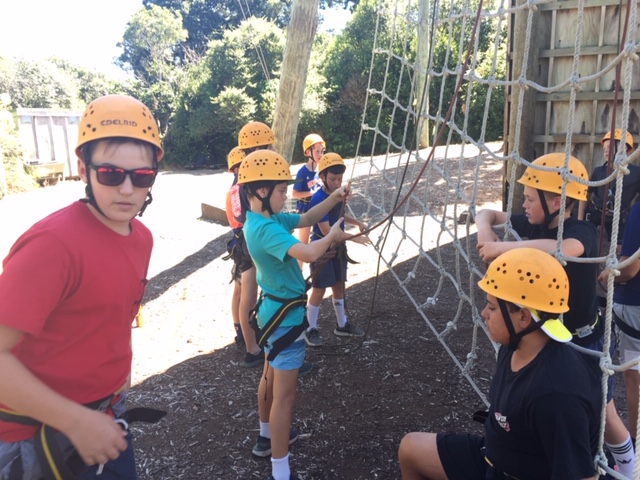 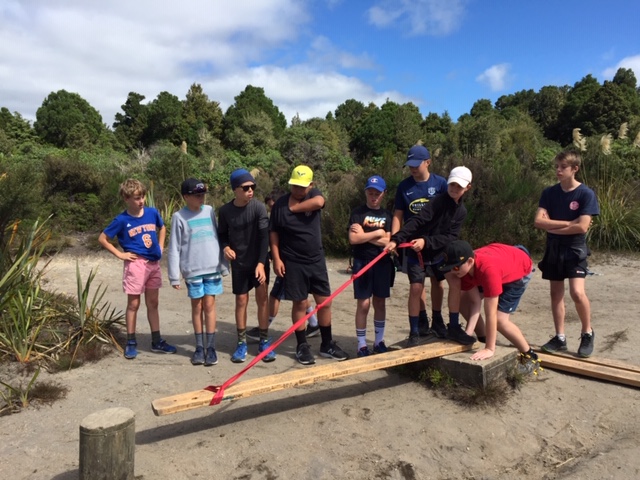 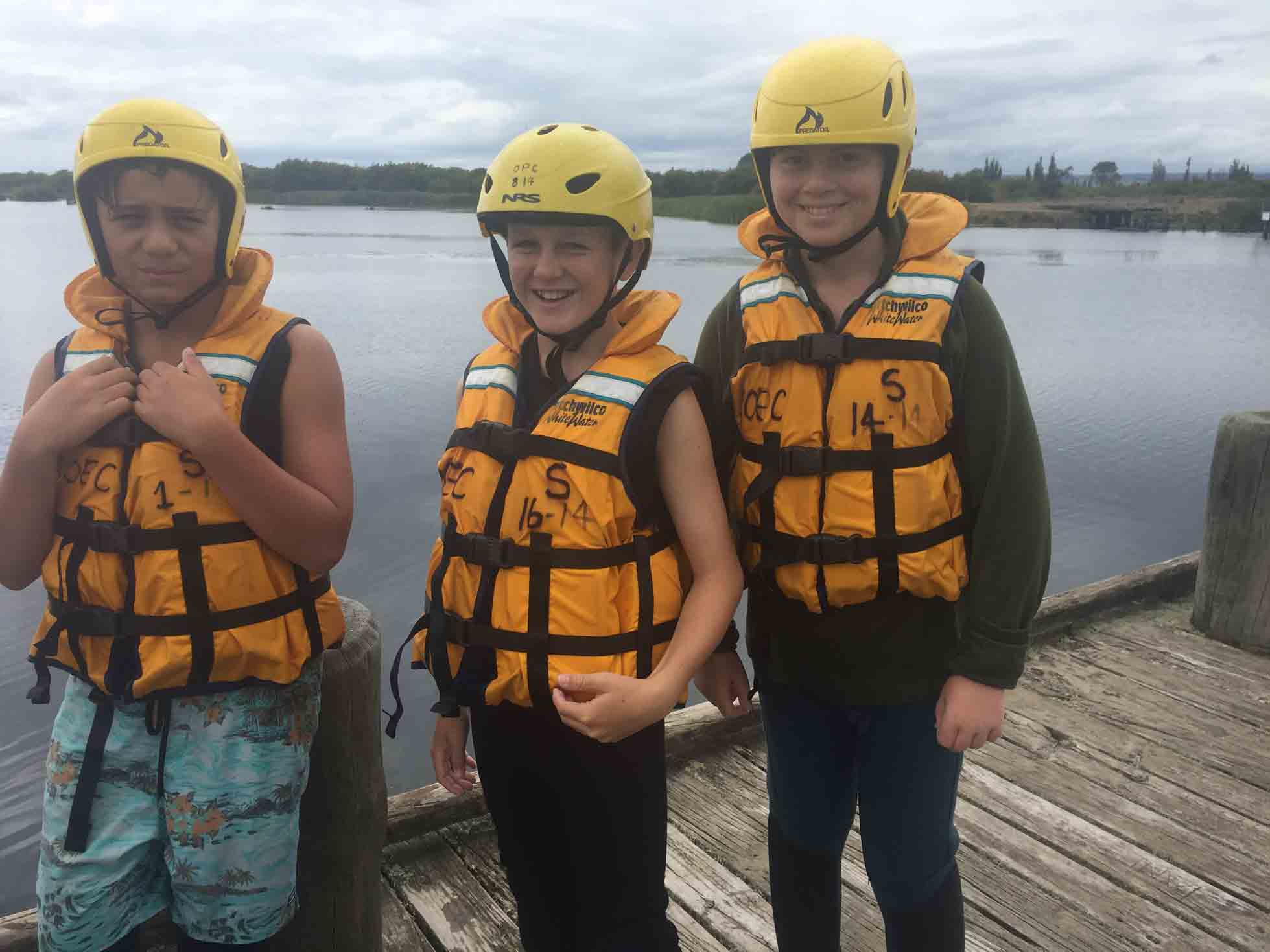 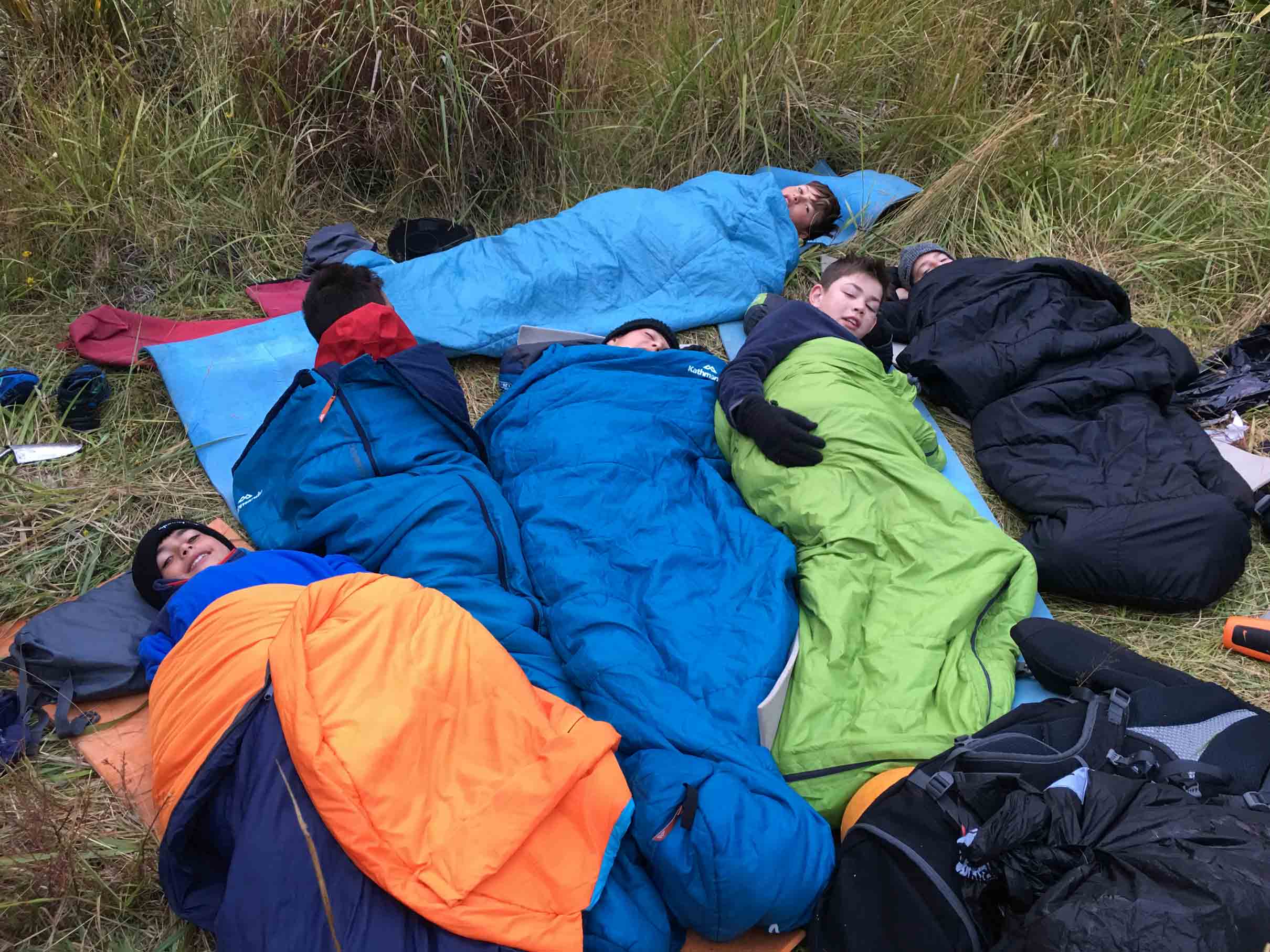 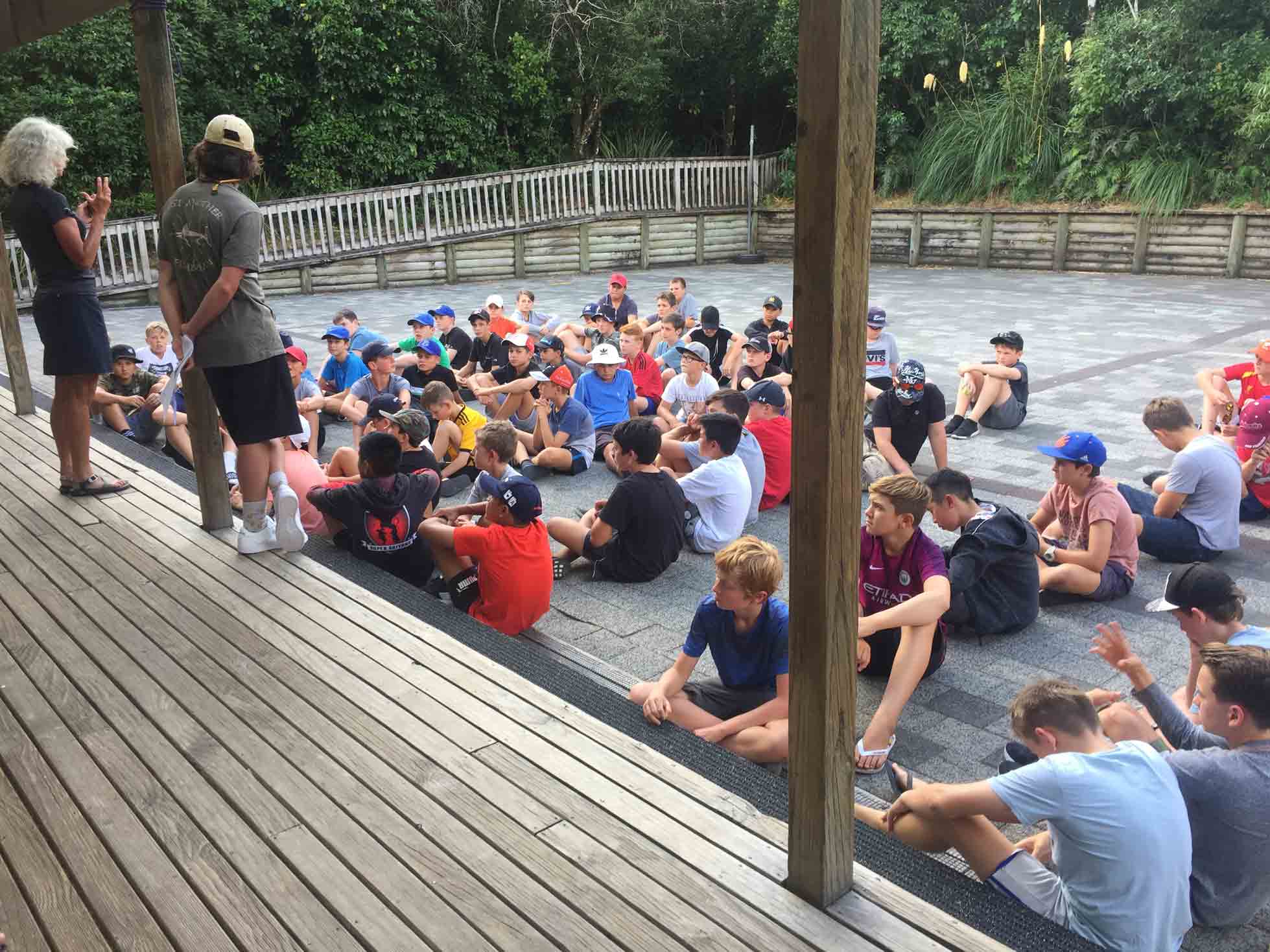