Recently, the Year 8 students from the Boys’ School set off for camp, heading to Tongariro National Park for the fourth year with the aim to offer our boys experiences in the outdoors that provide challenge, and opportunities for leadership and growth; both individually and as a group.

Spread across three locations, each group had a day on the lake in kayaks or canoes, a local activity day and an overnight expedition that encompassed many fantastic activities.  They also undertook a mountain walk which included a rock climb, bush bashing and required the boys to take turns navigating the group safely.  The weather in the National Park can often be unpredictable but this year we had beautiful blue skies all week (nearly!).

The heart of the camp was the expedition that each team undertook.  This involved packing a pack, hiking to various locations, making shelter and undertaking different activities along the way.  Caving, abseiling, rock climbing, flying fox, canoeing as well as making camp, cooking their own food and ensuring that all members of the group were looked after were necessary for each student.  The boys spent two days and one night out in the bush relying on their own resilience and each other’s before returning to the lodges.

A camp like this is designed to challenge the boys to achieve things beyond what they thought was within their capability.  Each boy (and staff member and parent!) was challenged along the way in a variety of ways and the pleasing thing is that everyone responded well to these challenges.  Working out how to get through difficult moments is a skill for life and one these boys learned without exception.  The boys learned a lot about themselves, the other boys around them and how to work together for the good of the collective whole.

The staff at Hillary Outdoors did a great job at challenging our boys, but also made sure they were supported where necessary.  The SKBS staff that attended the camp were challenged also, but did a great job at motivating the boys to achieve all they could.  The group of parents that were involved this year were a hugely valuable addition to our camp.  Their support for the boys was great and I am sure they enjoyed their time as much as the boys and staff.

While the camp was designed to challenge, it was very important that this included activities that were fun and engaging.  The feedback from the boys has been that the camp was just that!  A few of the boys’ reflections have been included here.  Interestingly, not many of our boys had experienced the outdoors in this way before and when asked if they would do it again, the answer was a resounding yes!

Thank you to all the staff that attended in making this camp a unique experience for our boys.

And what did our boys think about camp?

Conrad Nicholson, Year 8: ‘This camp was obviously the best camp I have ever been to.  This camp was also the best because it challenged us hard but was still achievable and they took us to the best spots like on top of Ruapehu, looking through a valley at Ngauruhoe or Mt. Doom from the Lord of the Rings, up at something like 2000ft. This was also the best because you had to look after yourself as well and the instructors and staff did not clean-up for you. I also liked this camp because there was so much to do and not enough time. The instructors also knew the area nearly off by heart and could bring us home wherever we were. They also were very nice in knowing that some people cannot do things, others can and also just being generally nice.  I also learnt things about myself like that I can support other people who are in need. I also learnt that other people have limits higher or lower than mine, so you have to help then to give them that extra step needed to clear the challenge set for you. I also felt that you can extend your limits on this camp no longer confined to the same boundaries I was confined to before.

Ethan Platt, Year 8: ‘For me, camp was quite challenging, but that isn’t to say I didn’t have a great time. I found working as a team in my group very effective once we got used to working with each other. Camp made me feel grateful for simple, everyday things that I would normally not think about, but I missed when they weren’t there. One of my goals was to do my part to help and I completed that. For example, on the last day I finished my duty tidying up the cabin and then I helped the group next to us clean the bathrooms.

Another of my goals was to be honest, and on the walk I was struggling a lot, and when a boy in my group who was finding the walk easy asked me if I needed some help, I admitted I needed some help so he took some of the weight. On camp I learnt a lot of things I did not know before such as how to belay for climbing and high ropes, and how to use a compass.  Overall camp was a great experience, and I would definitely do it again.’ 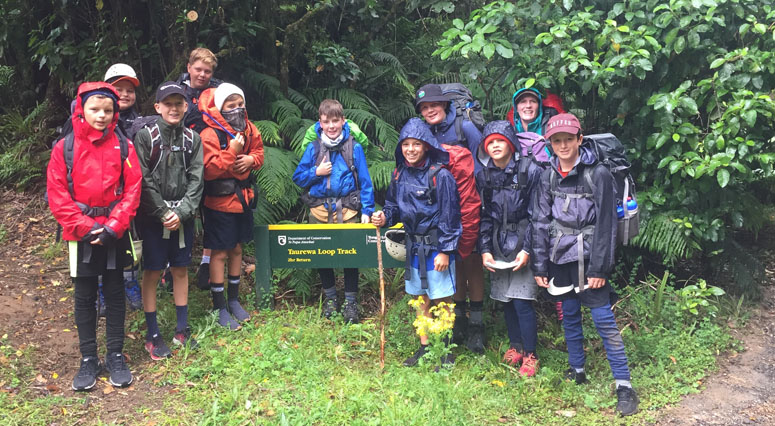 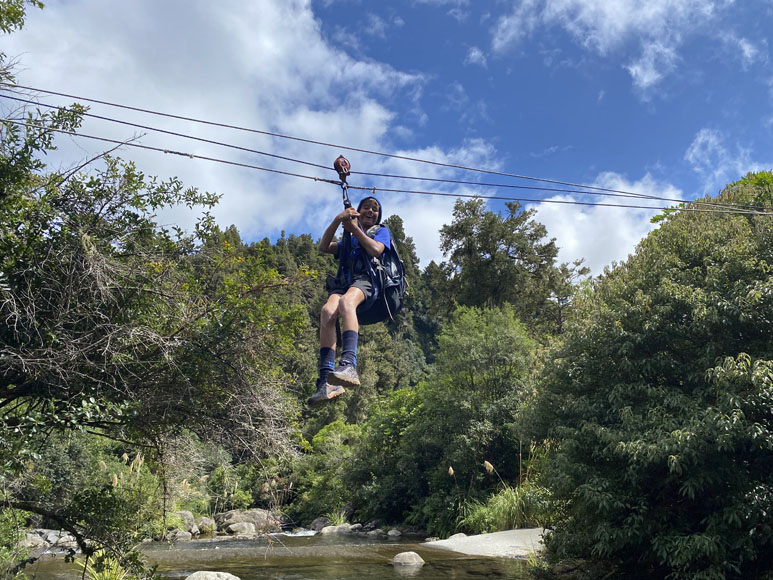 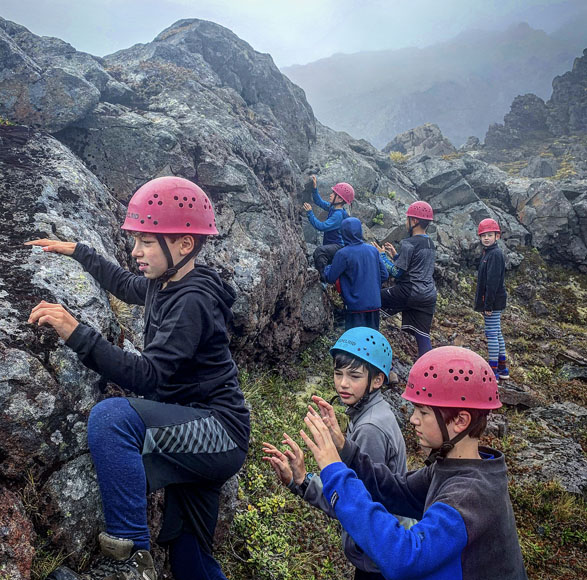 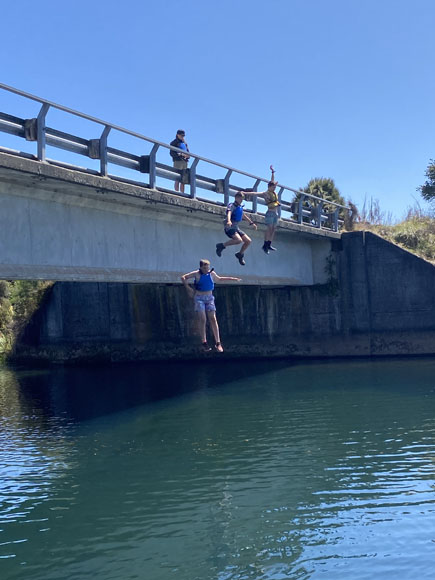