With thanks to TIC, Mr Anton Lorenzon
At the start of last week, the boys in Year 5 excitedly made their way to MERC (Marine Education and Recreation Centre) at the most southern point of Long Bay just north of Auckland. Everyone was keenly anticipating a full-on week of fun and challenge. The first challenge was for the boys to set themselves up in their dorm rooms, sorting their bedding and gear, knowing they had responsibility for organising themselves for the duration of the camp!

MERC offers both water and land-based activities, ranging from climbing to new heights when abseiling and overcoming any fears towards the great wide ocean when sailing and paddle boarding. The weather was variable throughout the week, but it didn’t stop anyone from making the most of every activity, especially when we were given the opportunity to give back to the Long Bay community by removing weeds that were suffocating the native plants on the dunes.

Returning to school on Friday, everyone involved was exhausted but with great stories to tell!

‘My highlight at Year 5 camp was ‘Stack em’ because I stacked 18 crates on top of each other with me on top, which was the best of everyone! The biggest challenge was not to shake because I was shaking a lot! It’s not too scary but you do get anxious because you don’t know when it’s going to fall. It’s a great view up there!’
Sam Nichols, Year 5

‘The best activity for me was the paddle board because we got to stand and paddle and then sit and relax! In the water, I saw some small jelly fish. It was so much fun because we also played with the board in partners where one person flipped the board and the person in the water jumped on it.’
Ethan Lu, Year 5

My favourite activity was the first water activity – the body boarding - because the waves were really big so I caught loads. The funniest thing was when I caught a wave all the way into shore.

The water activities were awesome. Snorkelling and paddle boarding were cool because we saw a baby shark, a sting ray and a big black fish. When we went kayak surfing, I stood up and one time I capsized! I also stood up on the body board and it sunk.

My best day was when we did the surf kayaking and when I sat at the back, we sank into the water and had to lift it back out. When I was pushing my partner, I pushed the kayak slowly so the wave crumpled around him and he got soaked!
Patrick McGhie, Year 5

Surfing was a challenge for me because it was hard to stand up. I sort of did it at the very end when the wave was smaller. I loved sailing and boogie boarding. The wind made our boat go fast, it was a blast! On the rocky shore I found star fish, hermit crabs and blue mud crabs. I’ve had the best week and hope to do it again!
Liam Jarvis, Year 5

My favourite part of this week was making the bracelet in bush survival because I love to create things. My one is navy and I plaited it. We had to cut ropes from the tools garage then we took them to the park and put up our tent and then made the bracelets. I think I’ll keep mine forever.
Theo Spillane, Year 5

I loved surf kayaking because we capsized and crashed in the waves. We caught a few big waves and one was one and half times the size of me. Lucky I was wearing my wetsuit and helmet and had a partner! One person sat in the kayak and the other one lay on the back like the motor, kicking at the back.
Freddie Dryden, Year 5

We had a lot of fun sailing. First of all, we started going really fast, about 30 knots. Then we put our hand in the water and it made a gap in the ocean. There were big waves and we would get close to other boats and we splashed them with the bailer!
Remo Martinez-Azaro, Year 5 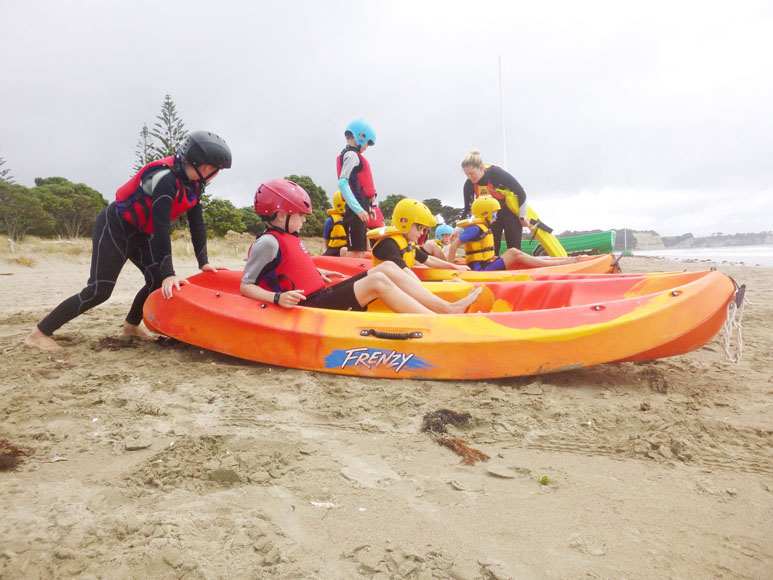 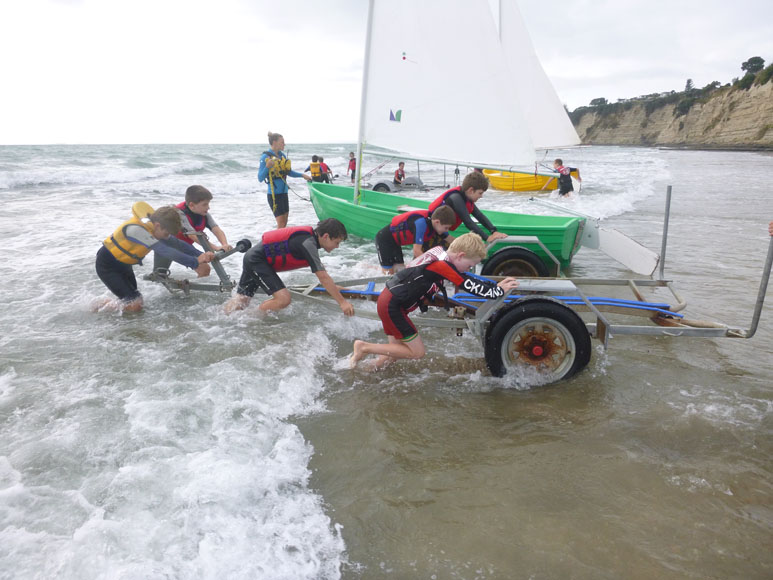 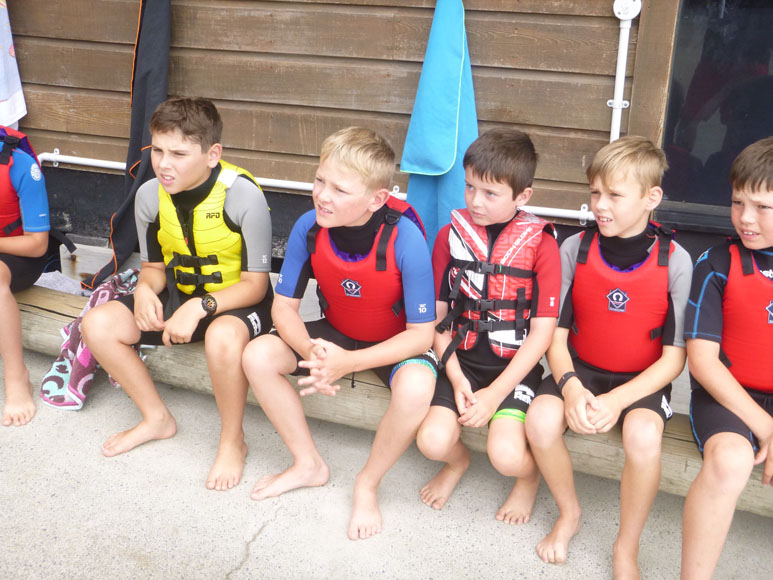 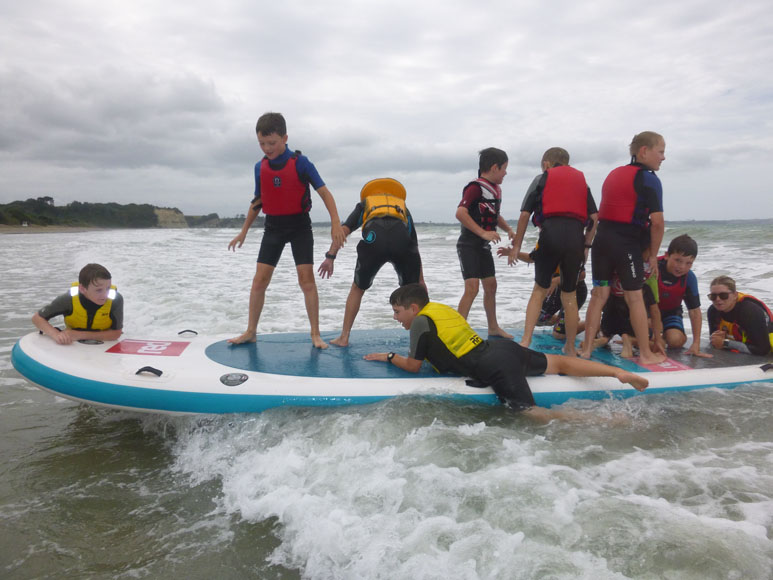 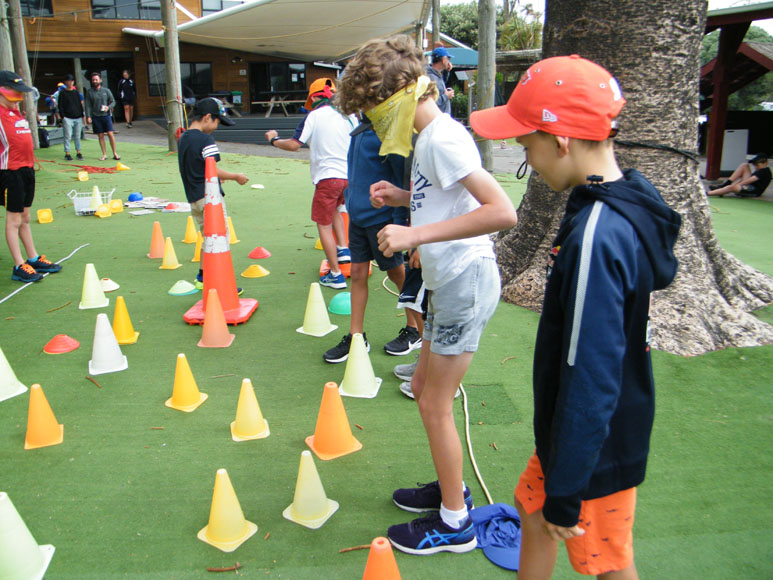