The idea of an evening dedicated to science was inaugurated last year with a view to opening students’ eyes to the possibilities of science as a career. The symposium was timed to support this term’s focus on the Science Fair for the boys in Years 7 and 8. They have been working in pairs or independently on a project of their own scientific interest that required following a line of investigation and drawing their own conclusions.  With their work on display, the Symposium allowed the boys to communicate their findings back to their peers and the School community.

To add something special to this night, our three guests were invited to share their thoughts and ideas with the boys and their families, adding inspiration and motivation for our future scientists and citizens of New Zealand.

First to speak, Dr Siouxsie Wiles is Head of the Bioluminescent Superbugs Lab at the University of Auckland. With her team, she makes ‘nasty bacteria’ glow in the dark. The multi award winning academic is passionate about demystifying science for the general public, through her blog, podcast and as a correspondent for Radio NZ. Concluding her bubbly presentation, she said to the boys, ‘I use my passion to make new medicines. Where will your passion take you?’

Dr Duncan McGillivray is a senior lecturer in the School of Chemical Sciences at the University of Auckland. He has studied neutron and x-ray scattering in the USA and UK and his research involves looking at the surface structures of biological systems. His projects include designing functional foods that provide a health benefit beyond simple nutrition, such as additives to lower cholesterol. In discussing one of the projects on display, the student remarked that his experiment hadn’t worked the way he expected. Dr McGillivray assured him that was part of scientific learning. He went on to tell the young audience that science can be a great career ‘if you enjoy thinking up weird things and finding a solution!’

Final guest speaker was Naomi Altman who is an avionics engineer at Rocket Lab, a New Zealand based company which is revolutionising the satellite launch industry. Ms Altman’s work is on the ‘brains’ of the rocket; its navigation, guidance and communication systems. She showed the audience a 3D printed rocket engine, explaining that their research had made both incredible weight and cost savings that would change the affordability of launching new satellites into space. She finished by explaining that the last century was all about standards of living on earth but our gains have put the planet is under stress. As this new century unfolds, the world will look increasingly to space. Her question to the boys was. ‘What will your generation put into space?’

Following our guest speakers, two of our own young scientists came forward to share their recent research in their own inimitable style! Our guests may have been a tough act to follow but Year 8 students, Finlay McMahon and Anthony Gu gave a bubbly presentation that captured the audience as much as their scientific elders! They presented the findings of their investigation ‘Sensations of the Senses.’ The boys’ aim was to test if the sense of smell could affect the taste of various foods. Their experiment involved conducting blind taste tests of five different foods, firstly with the aid of their olfactory system, then without. The results had Finlay and Anthony questioning whether their findings could influence people’s diets, by changing the way healthy food tastes and/or smells.

Our thanks to science teachers Mrs Patsy Hindson and Mr Steven Tait for their work to bring this evening together along our student MC’s, Will Hadfield and George Falconer, and student sound desk technician, Oliver Mitchell. Our very special thanks to Dr Siouxsie Wiles, Dr Duncan McGillivray and Ms Naomi Altman for taking the time to share their expertise with us. This was an evening of scientific discovery enjoyed by all. 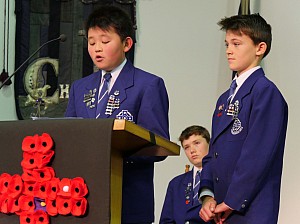 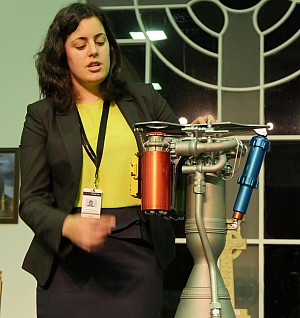 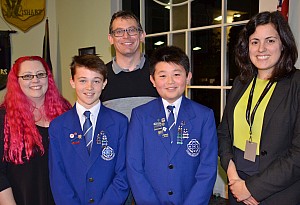 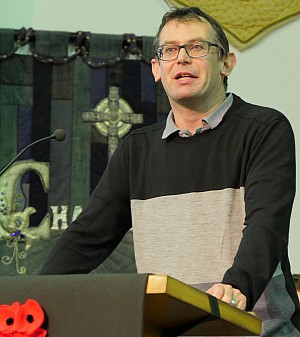 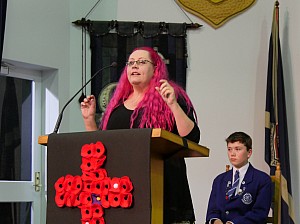