Hamelin Town by Hanover City
Was once a township quaint and pretty
The river Weser deep and wide
Washed its wall on the southern side
But now it’s the smelliest town in the nation
Because of the vermin infestation
Our story begins years ago
When the townsfolk suffered so
From…… RATS!

This week over 100 senior boys will take to the stage over three sold-out nights in an exciting musical adaptation of the story of the Pied Piper of Hamelin; a show that is perfect for a cast of all boys.

Based on Robert Browning’s poetic version of The Pied Piper of Hamelin and adapted by Nigel Hess, this hugely successful musical for children has been performed worldwide - including several performances every year in the town square of Hamelin in Germany; an event which has become a major tourist attraction. The musical show takes a new look at a familiar story with great music and witty lyrics. In a twist on the classic German tale, the rats who plagued the Saint Kentigern stage were pugnacious punks and the stranger to the town, the Pied Piper, had all the charisma of a rock star!

The show opened with a colourful scene as the townsfolk prepared for market day. With the arrival of the very self-important Mayor (Jack Duncan) and his Councillors (Finn Harford and Robson Snookes), it became clear that whilst they revelled in their own importance, they had not found favour with the citizens; there was a very major problem in the town that was not being addressed – a plague of vermin!

As the townsfolk dispersed, rats crept in from the cracks, gathering momentum until the stage was filled with a seething mass! Joshua Hawesby-Lyne played the loutish Rat Leader with swagger and menacing nonchalance – ‘I’m big, I’m horrid and I’m tough, and you ain’t been behaving unpleasantly enough. Now you blokes ain’t stupid, you’ve been to good schools, so let me hear you say that the rat race rules!’

The scene that followed was one of the best in the show as the boys who played the rats took on their intimidating characters through some superb dancing, self-accompanied with percussion on stage.

Fed up with the situation, the townsfolk invaded the Council Chambers demanding action from the Mayor. Ineffectual in the face of pressure, he was relieved when a stranger paid a visit offering to rid the town of its problem rats. Beck Robson plays the part of the Pied Piper who, in exchange for a promise of a thousand guilders, plays his hypnotic tune on the pipe, leading the rats to drown in the River Weser.

Just as the rats disappeared, so did the Mayor’s promise to pay and the aggrieved Piped Piper once again struck up a tune. ‘As he played, to everyone’s surprise, the children followed as if hypnotised, from out the houses they gathered around and followed the Piper’s magical sound.’

One boy returned unable to keep up. Anthony Gu took on the role of the crippled child who couldn’t keep pace and his soulful song, ‘The Piper just played’ alerted the town to the new crisis. The Mayor’s pompous posturing turned on him when his avarice, in not paying the Piper in full, threatened to rob Hamelin of its future. A broken, pathetic figure, he fears the outcome of his dishonesty and pleads, ‘Oh Piper, Piper wherever you roam, if you will just bring our children back home. We’ll give you silver and gold by the crate, Piper please come back, it can’t be too late.’

David Bates took the role of a very expressive and animated Narrator who kept pace with the action. ‘From far in the distance a faint sound was heard, it seemed to come closer until it was near, the sound that all Hamelin so longed to hear.’  And so, to great joyfulness, the children returned and a new law was decreed, ‘We’ll make Hamelin a town where honesty is heard and everyone residing here must always keep their word.’

Our thanks to Director, Mrs Janet Grierson; Producers, Rachel Gleeson and Richard Kirk; and Musical Director, Mr Edwin Randell; along with their team of staff and parent helpers who gave so freely of their time to work with the boys. A special thanks to parents, Mrs Leanne Campbell and Mrs Amanda Tomlins who worked tirelessly on the costumes. The cast spent weeks in rehearsal and the production team’s dedication to fine tuning paid off with another exceptional Boys’ School production!

HISTORY OF THE PIED PIPER

Folklore says it was the year 1284, a time of the Black Death and pestilence, when a strange and wondrous figure arrived in the German city of Hamelin. He was attired in a coat of many colours and promised to free the town of a plague of rats and mice for a fixed sum of money. The citizens pledged to pay him his fee, so the visitor produced a pipe and began to play. Soon all the rats and mice came running out of the houses and followed the Piper out of the town straight into the River Weser where the vermin plunged after him and drowned.

The townspeople, now freed of the plague, regretted their promise and refused to pay the Piper, who left Hamelin in a bitter mood. On the 26th of June in that same year he returned, this time dressed as a huntsman, wearing a grim countenance and a wondrous red hat. While the townsfolk were assembled in the church, he again sounded his pipe in the streets. But it was not rats and mice who came out this time, but children. He led through the Ostertor gate into the very heart of a hill where they all disappeared. Only two children returned because they could not keep up: one was blind and could not show where the others had gone, the other dumb and not able to tell the secret. A last little boy had come back to fetch his coat and so escaped the calamity. Some tell that the children were led into a great cavern and reappeared in Transylvania. A total of 130 children were lost.

The historical background of the Pied Piper’s legend cannot be proved yet among the various interpretations, reference to the colonization of Eastern Europe, starting from Low Germany is the most plausible one. In those days The ‘Children of Hamelin’ would have been citizens who were willing to emigrate and were recruited by landowners to settle in Moravia, East Prussia, Pomerania or in the Teutonic Land. It is assumed that in past times, all people of a town were referred to as ‘children of the town’ as is frequently done today. The ‘legend of the children’s exodus’ was later connected to the ‘legend of expelling the rats.’ The latter most certainly refers to the rat plagues that brought great threat to the medieval milling town requiring the services of professional ‘rat catchers.’

From the Brothers Grimm in the book ‘German Legends.’ 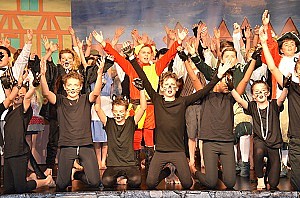 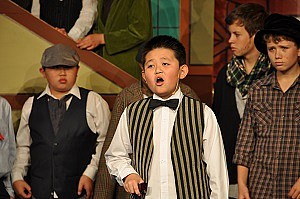 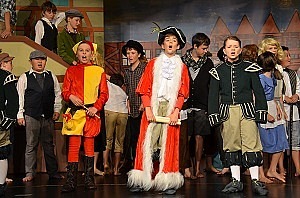 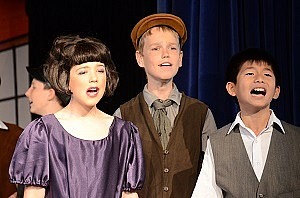 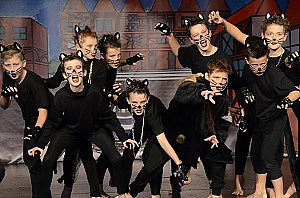 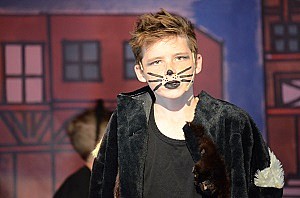 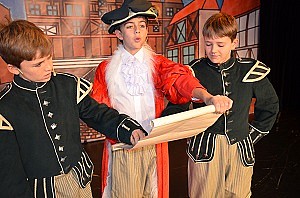 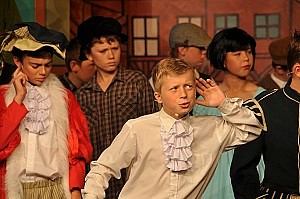 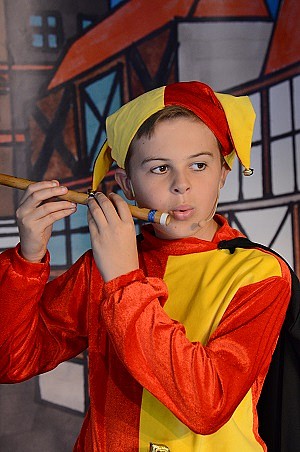