‘Imagine a lump of coal. Who saw a dirty stone and who saw energy? Imagination is seeing the same thing as other people but seeing them in ways no one else would.’ Albert Einstein said, ’Imagination is more important than knowledge for knowledge is limited.’

Winner of the Elsie Moore Memorial Cup at this year’s Senior Speech competition, Year 7 student, Gabriel Ross took his audience on an energetic ride that was both funny, as he explored the limits of our imaginations, and thought-provoking as he referred to the words of John Lennon’s immortal song, ‘Imagine – You may say that I’m a dreamer but I’m not the only one, I hope someday you’ll join us and the world will live as one.’

This year’s adjudicator, Head of Middle School at the College, Mr Duncan McQueen marked the twelve finalists on speech construction, delivery and presentation, content and engagement, use of language and the overall impact. Gabriel ticked all the boxes!

Jack Duncan, also Year 7, was runner up with his speech about smart phones. The question could have been, ‘Whatever did we do before mobiles were invented?’ But Jack’s generation has only ever known a world of instant connectivity and, instead, he questioned what price this generation may be paying for this ‘modern miracle’. He reminded his peers that we could be in danger of losing our humanity and that with great power comes responsibility.

The variety and content of the speeches from phobias, procrastination and poetry, to joke political parties, first impressions and a look at the humble school sandal, provided a morning of great entertainment. The twelve finalists can be very proud.

In summing up, Mr McQueen said that from the twelve finalists he’d hoped to hear one outstanding speech for that would have made his job as judge easier. But the reality was, he heard twelve outstanding speeches as our boys have proved time and time again that they are outstanding orators. 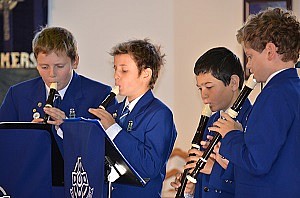 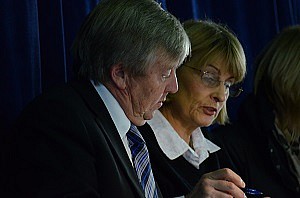 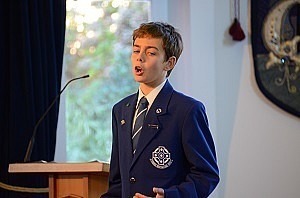 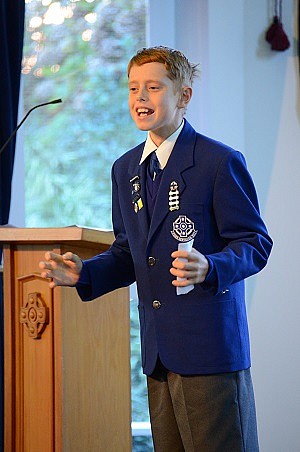 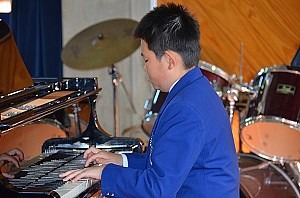