A focus on Innovation and Creativity

It is now four years since the inaugural annual Science Symposium at the Boys’ School and each year, without fail, JC Chalmers Hall has been packed wall to wall by Senior School students and their parents keen to hear from specialists in their field of endeavour.

The aim behind the Symposium is to help students consider the possibilities of future learning and career pathways in the varied areas of science. In the past we have welcomed a neuroscientist, a biologist, a chemist, an avionics engineer, an ornithologist, a NIWA forecast scientist and a multi-laser photon expert, all highly regarded scientists.

This year, the focus was placed firmly on Innovation and Creativity, two key elements that drive successful learning in this age of disruption and a future unknown.

The Symposium is timed to support this term’s focus on the Science Fair for the boys in Years 7 and 8. They have been working in pairs or independently on a project of their own scientific interest that required following a line of investigation and drawing their own conclusions.  With their work on display last night, the evening allowed the boys to communicate their findings back to their peers and the School community.

Assistant Principal, Mrs Louise Miles welcomed the guests and told the boys that they could be proud of their efforts to work through projects and display their findings. Quoting, amongst others, Margaret Heffernan, ‘For good ideas and true innovation, you need human interaction, conflict argument and debate,’ Mrs Miles said that, undoubtedly, for those who worked in pairs, there had been a degree of ‘conflict argument and debate’ but it is this form of communication and collaboration that can result in some of the most creative and innovative outcomes!

Mrs Miles introduced our new Head of Science, Mrs Cathy Linnell. ‘Fresh off the boat,’ Mrs Linnell has only recently arrived in the country to take up the position – arriving the same day that the Science Fair projects were due! She said she was deeply impressed by the calibre of the work and reminded the boys that in any scientific investigation, the process is as important, if not more important, than the final product, as the process is the driver behind enquiring minds.

Our two student MCs for the evening, Baxter Hilson and Josh King took over the proceedings inviting our guest speakers to the stage. We were privileged to welcome, Martin McElwee and Elise Beavis, two members of Emirates Team New Zealand (ETNZ) who have been involved in designing and building the new boat for the next America’s Cup. A keen and competitive sailor, Mr McElwee, a Saint Kentigern parent, has had 30 years rig design experience working with the America’s Cup, Round the World Race, Grand Prix Race yachts and Superyachts. The competition in 2021 will be his 6th America’s Cup.

Also a keen sailor, co-worker, Ms Beavis, saw studying engineering as a pathway to combine her love of sailing with her interest in maths and physics. Initially working as an intern at ETNZ, she transitioned into an ongoing role as a performance engineer with the syndicate, working in a number of areas including aerodynamics, designing 3D printed components, running VPP’s and modelling how the last boat would fit in the plane to be flown up to Bermuda! Since winning the cup, Elise has been involved with developing the new class of boat.

The pair gave great insight into the design thinking behind the last America’s Cup boat with its revolutionary ‘cyclors’ that took the sailing world by surprise. They then went on to reveal plans for the forthcoming boat for 2021, which returns to a monohull with greater emphasis on sailing technique. Once again, the design is far cry from traditional yachts and the innovative new foils will undoubtedly make for a fantastic display of sailing here in Auckland.

Our second invited guest was another Saint Kentigern parent, Mr Simon Ward, Managing Director of a company called A-Ward. He created the company from scratch and now supplies shipping container loading and unloading products into 58 different countries around the world. A self-confessed ‘inventor,’ he gave an engaging presentation revealing a gift for seeing a gap or need in the market and the ability to find solutions.

From ‘container tippers’ to ‘whale lifters’ his work has been inspiring.  He told the boys ‘if you can Google it, it already exists.’ To illustrate the design process, he invited six boys to the stage to take ownership of one colour of a Rubik’s Cube. Beginning with 1) an idea, 2) research, 3) picking a winner, 4) adding value, 5) the grit to stick to it and 6) the pitch to market the product, each boy was given a limited time to complete one side of the cube to create a single block of colour. Whilst each, on his own, achieved varying degrees of success, by the end, the entire puzzle had not been solved, only parts of it. A clear illustration to the boys of the need for collaborative teamwork for the most successful, innovative outcome.

Our guests weren’t the only ones to present their work. Four sets of boys came forward to share their Science Fair findings. Sammy Hart and Ethan Hall shared their investigation into the decomposability of plastic bags from leading retail chains. Jashil Rana and Leo Fan undertook an investigation on hydroponics, comparing this with traditional methods of growing food. Joe Berman and James Ford looked at the difference of stamina and strength between rugby and football players. And finally, Lachlan Nicholls conducted a very interesting investigation into soil samples seeking to understand the best substrate for the building industry. As a cross section of the projects on display, the boys gave fantastic insight into the detailed nature of their investigations.

Principal Mr Peter Cassie closed the evening thanking our guests for sharing their passion, vision and dreams. In support of developing enquiring minds, he told the boys, ‘The only dumb question is the one you don’t ask!’ 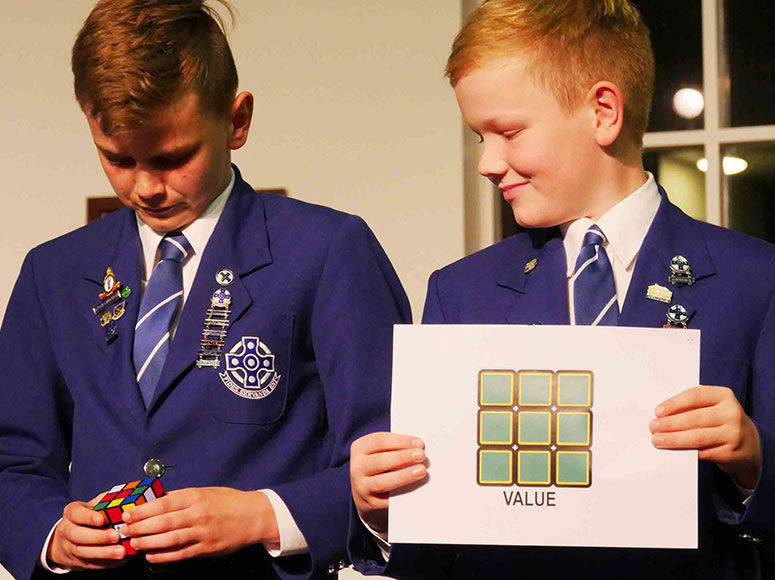 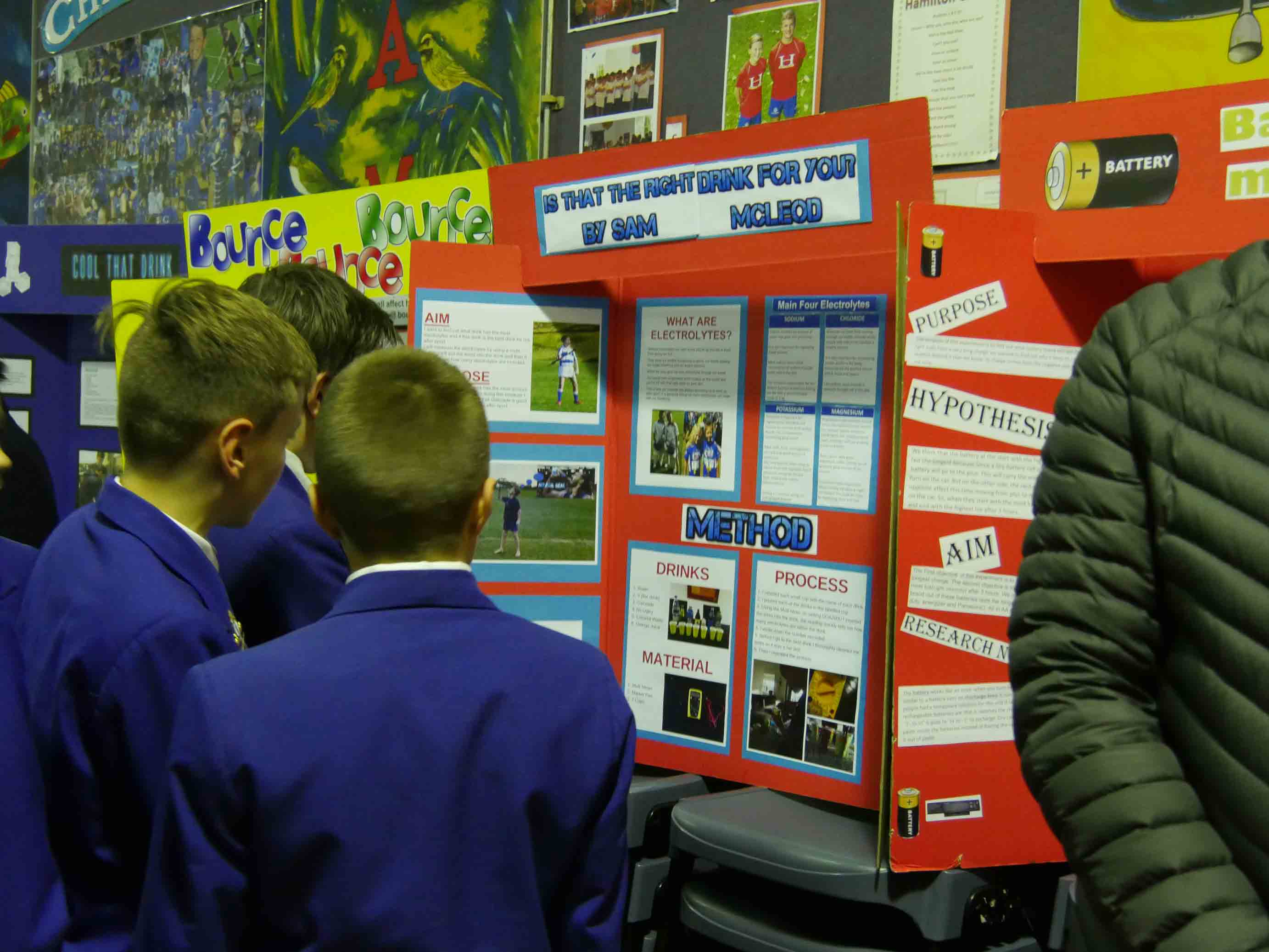 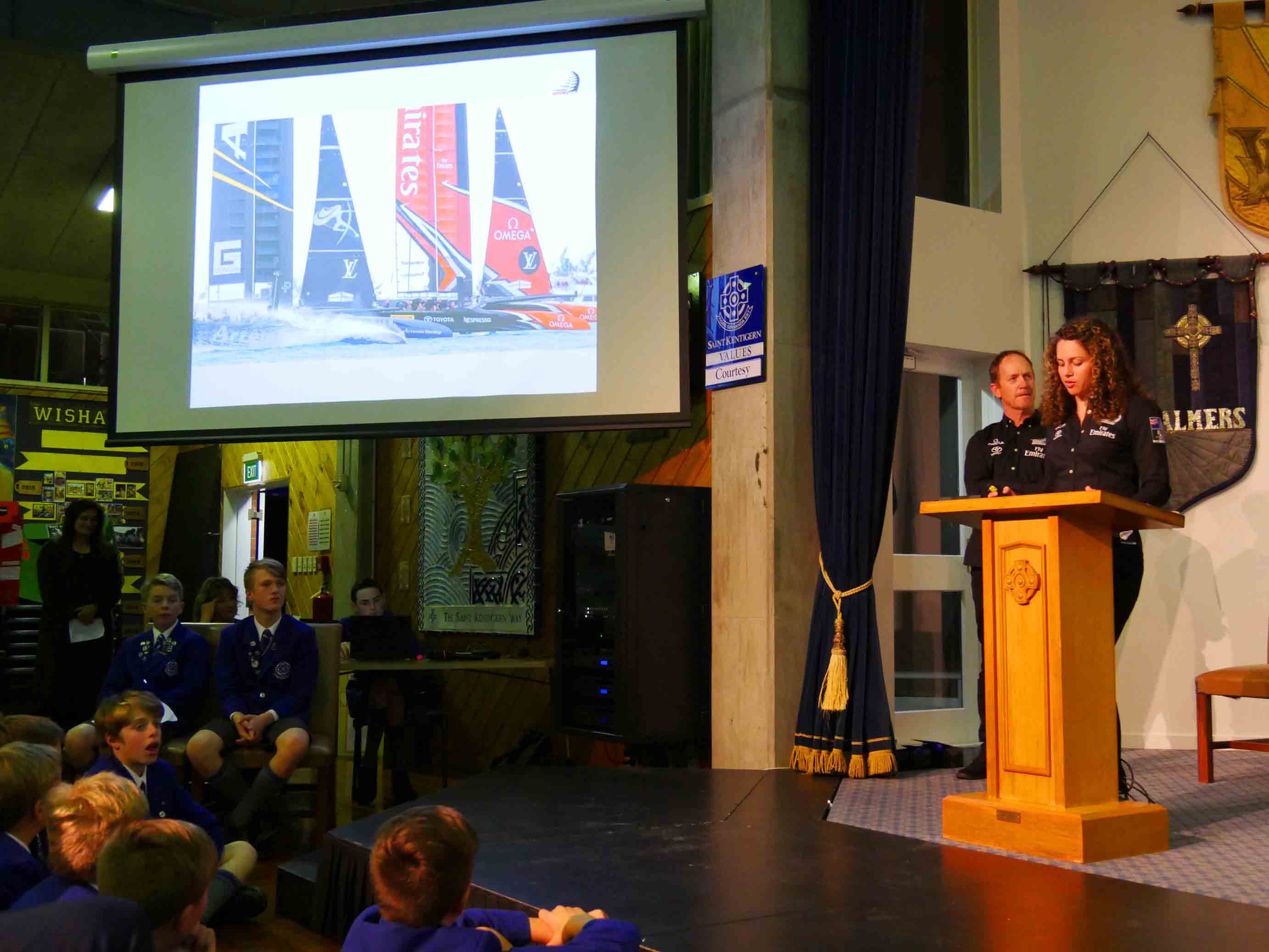 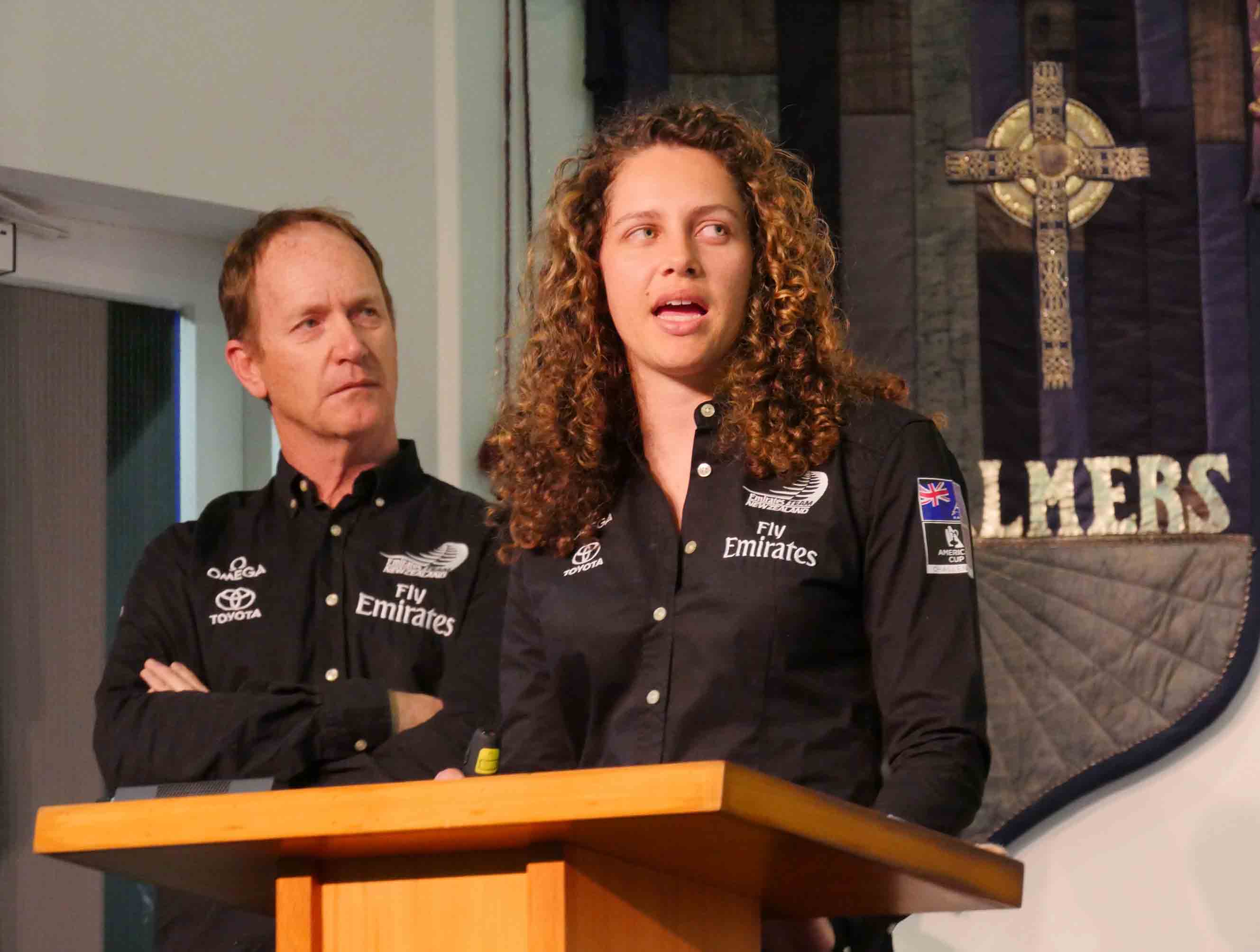 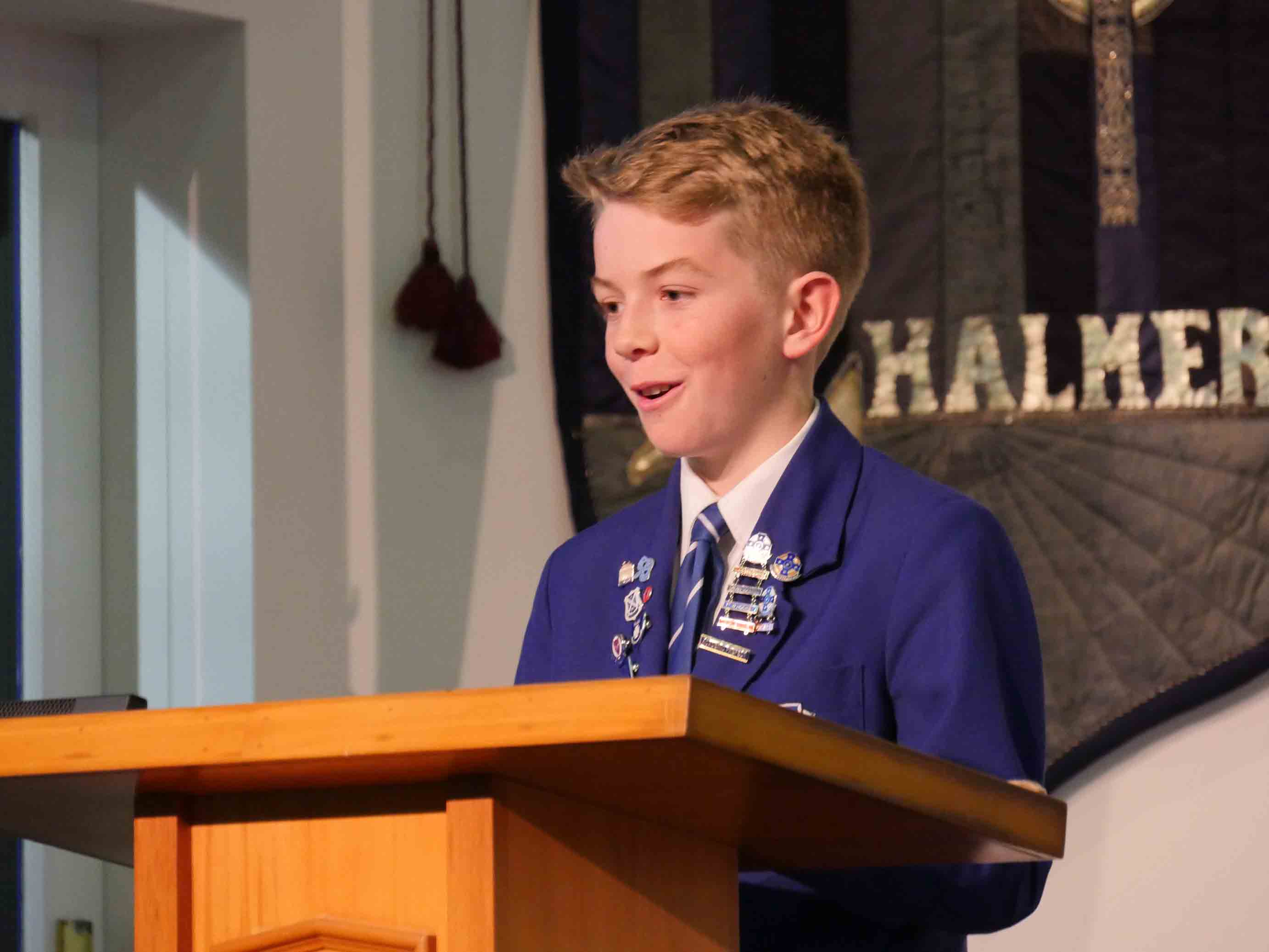 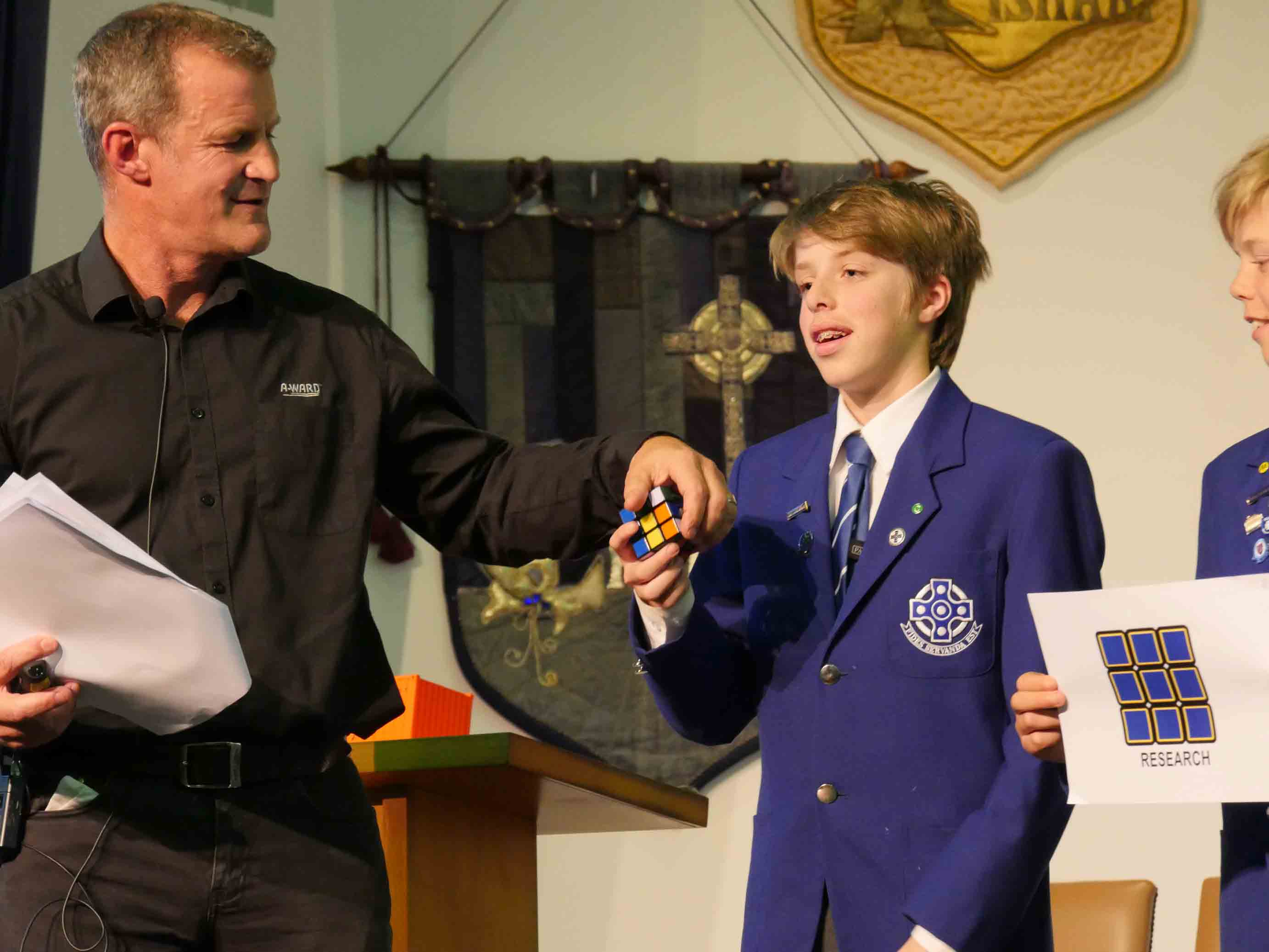 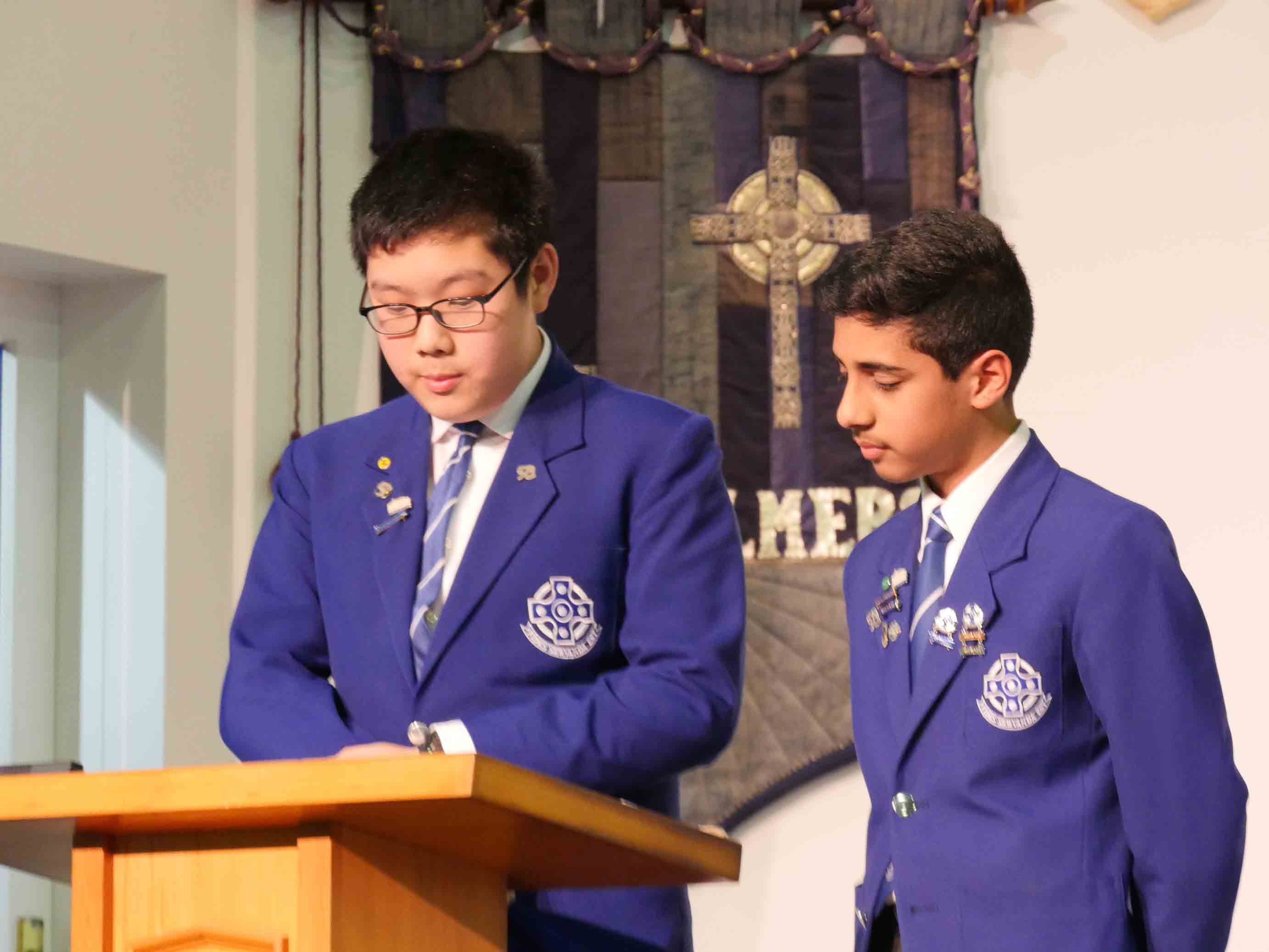