The Boys’ School was privileged to welcome three of New Zealand’s top scientists to speak at the 2017 Science Symposium this week. The JC Chalmers Hall was bursting at its seams, filled with parents and students for an informative night of all things science. The symposium is timed to support this term’s focus on the Science Fair for the boys in Year 7 and 8.

Before the guest presentations, parents had the chance to view the range of projects the boys have undertaken for the annual NIWA Science Fair. Topics ranged from measuring the electron flow of bacteria, testing soil for optimum pH levels to comparing the effectiveness a vast range of sporting equipment.

Our MC’s for the night, Year 8 students, George Beca and Will Tisdall welcomed our first speaker to the stage, Mr Mel Galbraith, a Senior Lecturer of Environmental and Animal Sciences at Auckland Unitec. Mr Galbraith, who is also an ornithologist and entomologist, has been conducting research on black backed gulls’ feeding ecology in urban Auckland. He has also been tracking the gulls’ breeding colonies on Rangitoto Island and the type of food they are ingesting. You might expect, fish and beetles but chicken and small birds were among the most common foods, to the extent that 98% of the nests around Rangitoto have chicken bones around them. It was a very insightful presentation into a bird that isn’t commonly researched.

Our second speaker, Mr Chris Brandolino, a Principal Scientist of Forecasting for NIWA spoke about what his job entails and how NIWA predicts and forecasts the weather. Mr Brandolino explained that it is all about observing the environment and atmosphere - looking at rainfall, wind, waves and fog measures, sea surface temperatures, and conducting bathymetry by using sonars to look at sea floors. Mr Brandolino also makes predictions for different time scales; from minutes and days, to years and decades. One model projection he presented showed a predicted rise in maximum temperatures around the country decades from now. Mr Brandolino said nowadays it’s not about figuring out the forecast, it is also communicating it. He said, ‘Communication is absolutely critical when it comes to whatever science you are talking about, it is about making sure people understand your message.’

Before our last invited speaker, four of our own Year 8 scientists came up to talk about the experiences and outcomes from their science investigations. Archie Nightingale and Campbell Joyce conducted an investigation on plastic and biodegradable bags, Jack Priddy investigated where in Auckland’s Hauraki Gulf the most microorganisms found and Zavier Edmonds looked into the accuracy of an eye witness testimony.

Dr Cather Simpson, an Associate Professor at Auckland University was our final speaker for the night. Dr Simpson conducts research from a lab called the Photon Factory, which is a multi-user laser facility where students and staff study how molecules convert light to useful energy and exploit short laser pulses in micromachining projects for scientists all over New Zealand. As an example, she explained that photons are currently being used for cost effective technology in animal husbandry, enabling farmers to select the gender of the calves, to focus on the production of either quality bulls for breeding or dairy cows for milk production.

Dr Simpson along with her three PhD students, led demonstrations with each involving light and energy. One in particular used common household items; Berocca tablets and water. They were put through a tube to demonstrate how a particular vitamin in the tablet travels through our body. The bright orange colour is one of the vitamins in the tablet and not a dye. The scientists added dry ice to the bottom of the tube as an added effect.

Principal, Mr Peter Cassie closed the evening saying that, ‘As a school and educator, if we can inspire our boys with science then we are doing our job. This is the generation that must continue to make the difference in our world and in our society.’

Our thanks to science teachers, Mrs Patsy Hindson and Mr Steven Tait for their work in bringing this evening together. Also, special thanks to Mr Mel Galbraith, Mr Chris Brandolino and Dr Cather Simpson for taking time to share their findings and expertise with us. 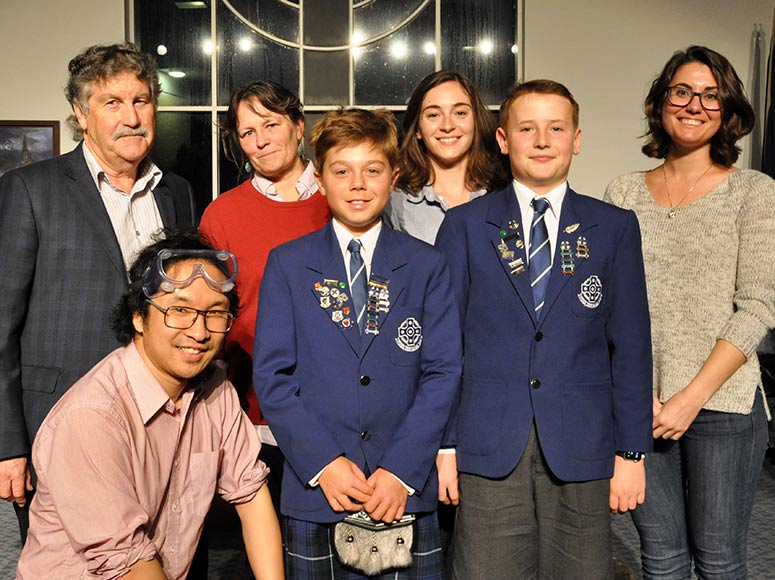 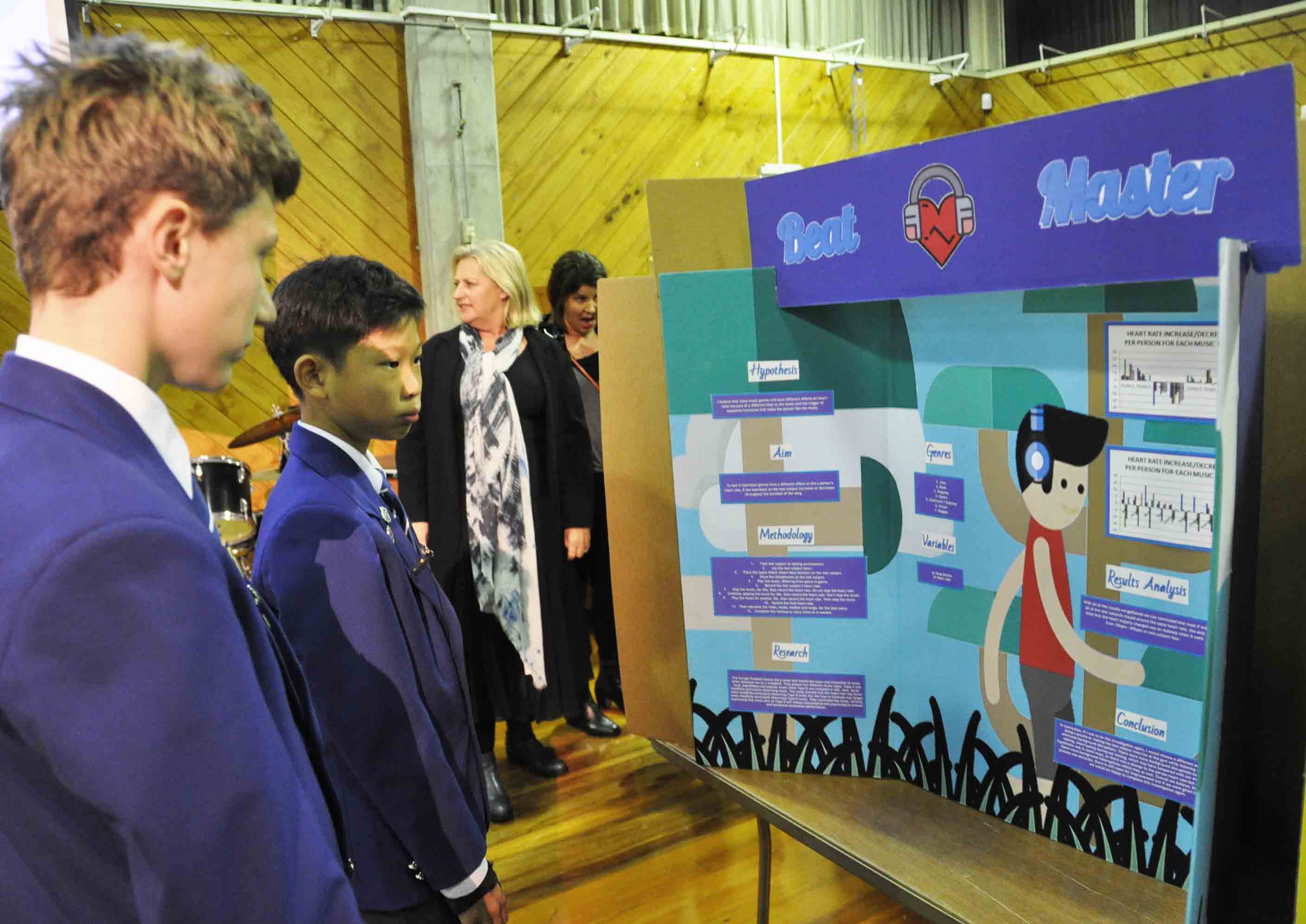 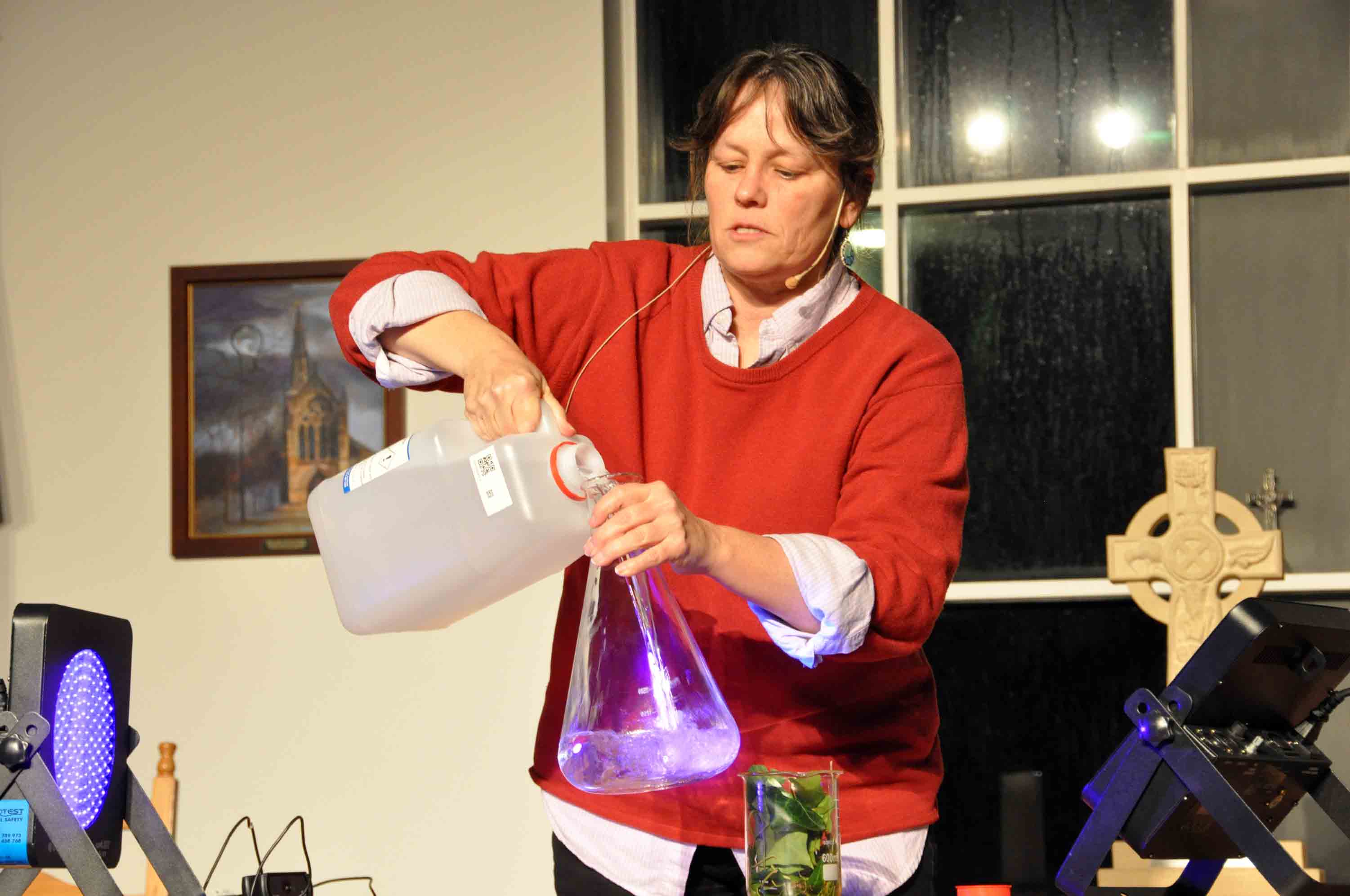 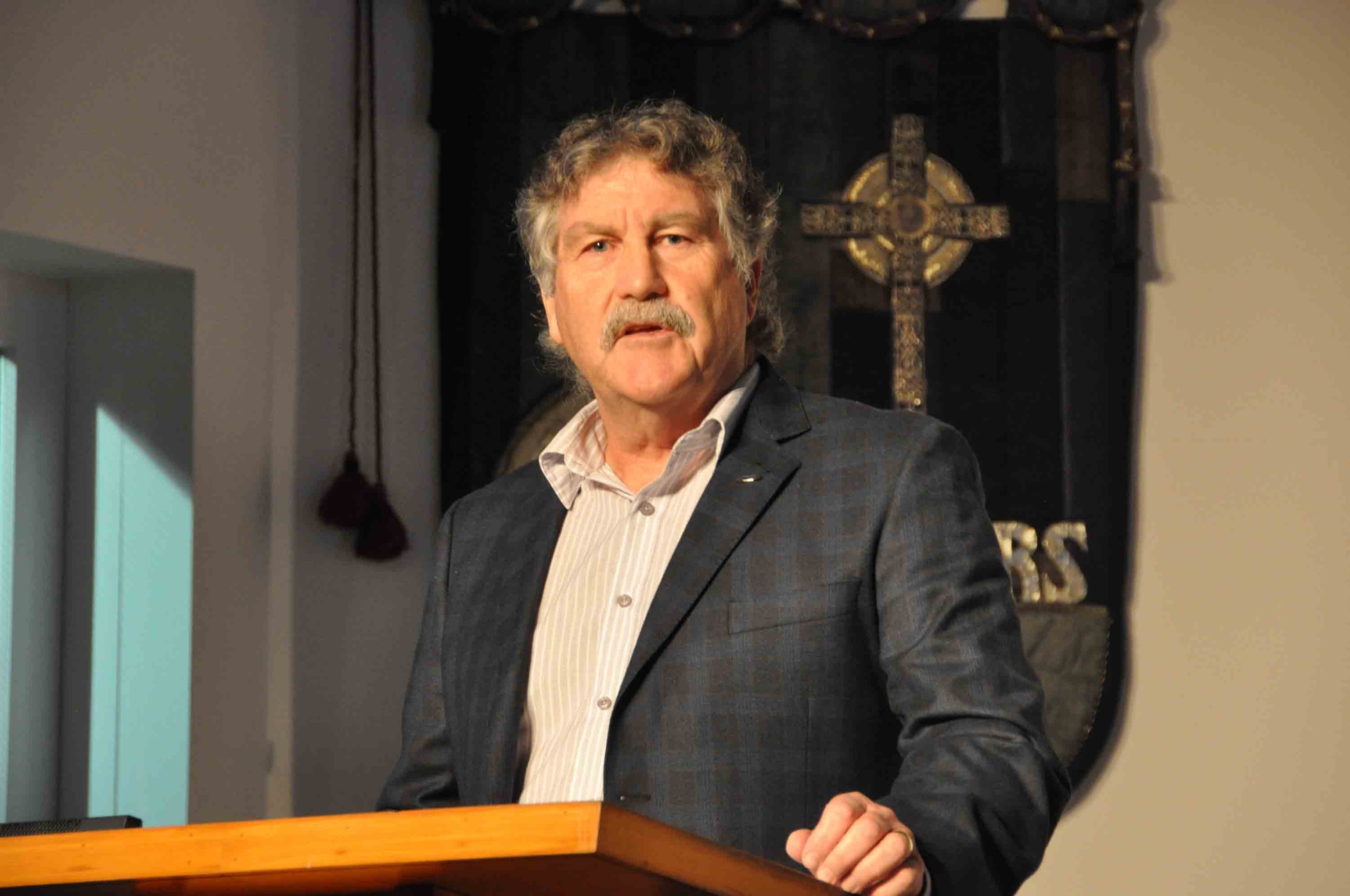 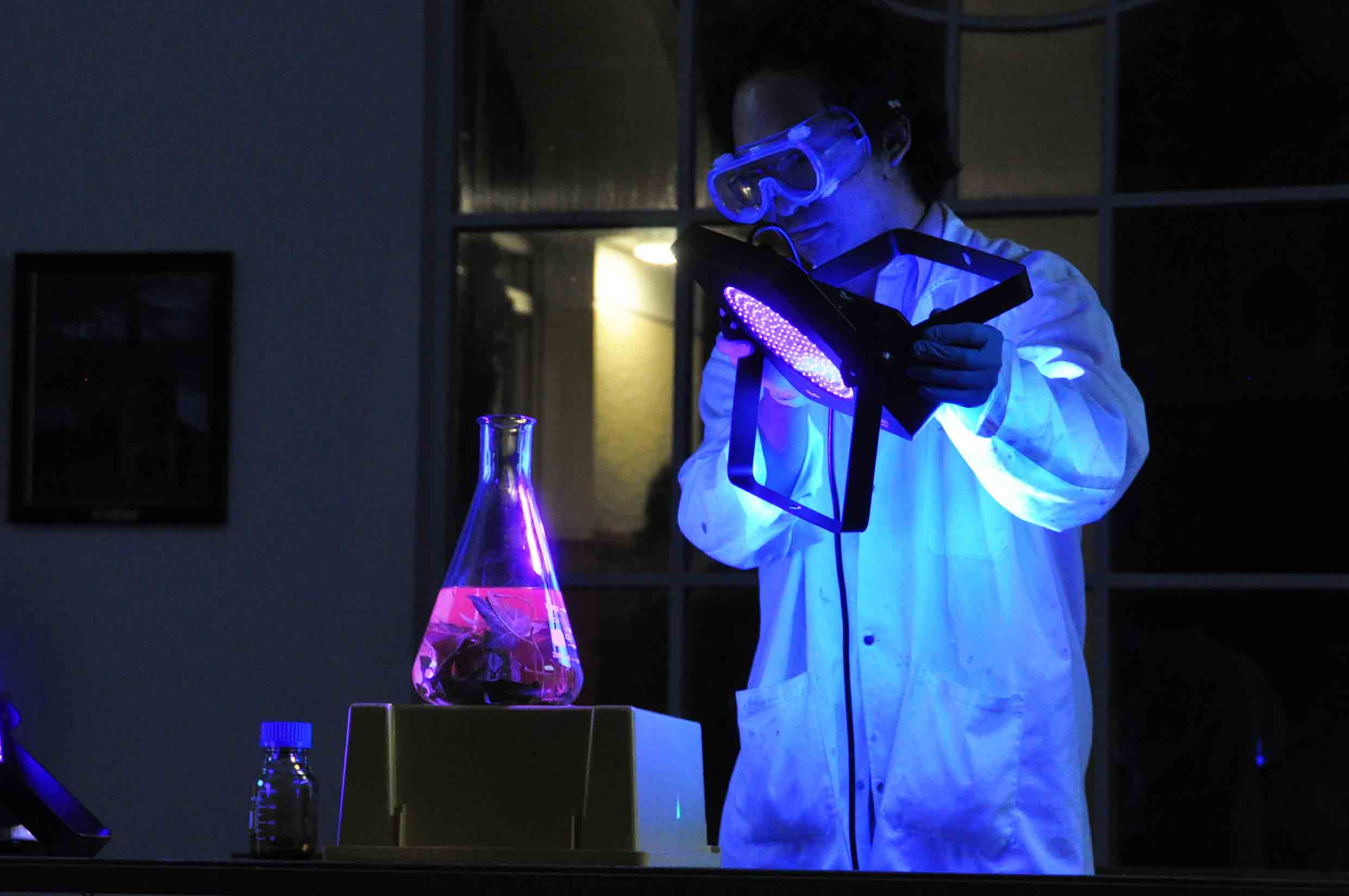