A Celebration of Excellence

At the very last Boys’ School event of the year,  Year 8 Piper, Nicholas Berry had the honour of leading the procession of staff and invited guests into the Prizegiving ceremony. Students, their families, guests and teachers filled the Old Collegians Sport Centre, at the College campus, to congratulate this year’s prize winners on their academic, sporting and cultural success.

Following the address by Chairman of the Trust Board, Dr John Kernohan, the Music, Speech and Cultural Awards were presented by Mrs Sarah Bartholomew, who moves on at the end of this year having completed 14 years of dedicated service in the Junior School. Proud ‘Old Boy No 20’ and stalwart supporter of the Boys’ School 1st XV, Mr Peter Nelson presented the Sports Awards.

Head of Saint Kentigern, Mr David Hodge gave his address before the presentation of the Academic, and Christian Living Awards. Junior School Dean, Miss Rachael Fullard, presented the Junior Awards as a final act before she, too, moves on to a new leadership position. The Middle School Awards were presented by Mrs Rosemary Harris, Deputy Chair of the Trust Board and the Senior Awards by Mr Hodge. Dr Kernohan presented the Christian Living Awards.  We sincerely thank all our presenters for their time and their constant support of the Boys’ School.

Prior to the Senior Awards, Principal, Mr Peter Cassie gave a heart-felt speech. In his 37 years dedicated to teaching boys, he has seen many changes. This year, he said, he could see three themes emerge that we need to keep at the forefront of our minds and hearts. Firstly, ‘It’s what you do for others’ - a reminder of our strong values and ensuring we live those values by putting them into action. Secondly, ‘It’s how you play the game’ – for long after the score is forgotten, the actions of the players, coaches and spectators are remembered. In all endeavours, it’s about how we perform, treat each other and the opposition. And finally, ‘Creativity, collaboration and innovation is the future.’ Thinking of new ways of doing things, working together and then doing those new things will create students prepared to tackle anything - and that is exactly what this world needs - fresh eyes to look at old problems to find new solutions.

The final awards of the morning, the ‘Special Awards,’ were presented by Mr Cassie. The Remuera Lions Citizenship Awards were awarded to Jiaren Shen and Benjamin White. The Brian Matthews Citizenship Cup went to Harry Lyus for consistently showing empathy to others and being responsible and courteous in the Junior School. Sam McLeod and Jackson Horton received the Middle and Senior School Citizenship Cups respectively for their outstanding service and leadership. The Joel Campbell Memorial Trophy, for service to others, went to Thomas Hiddleston. For displaying true grit and spirit in the sporting arena, Edward Chaytor received the Knox Family Lion Heart Award. Ethan Knox and Jack Mitchell were the Sportsman of the Year recipients for the Middle and Senior School respectively. Jack Priddy has demonstrated diligence, cooperation, courtesy, sportsmanship and friendliness to earn the Rex Hooton Cup for School Spirit. With an average grade of 90.25%, Lachlan West finished as the Proxime Accessit, with Benjamin Poole named Dux of the School with an average of 93.25%.

During the course of the ceremony, we heard from our Pipes and Drums, Jazz musicians and Performers’ Choir, again reminding us of the strength of the music programme at the School.

To conclude, graduating Head Boy, George Beca made his final Valedictory Speech, before he joined with his Deputy, Archie Nightingale, to hand the mantel of leadership to the new Head Prefects for 2017, Head Boy, Austin McKegg and Deputy Head Boy, Benjamin Hardie. George shared his eight years as a Saint Kentigern boy highlighting all he had enjoyed but finished by extolling next year’s leaders to ‘make sure you uphold the Saint Kentigern values and lead the way by example.’

DUX
Benjamin Poole
Benjamin Poole has strived for excellence in all areas of the curriculum during his time at Saint Kentigern Boys’ School. This year his combined marks were: English 87%, Maths 97%, Social Science 94%, and Science 95%.  This was a total 373 with an average of 93.25. Benjamin has been a hard-working young man and is a worthy recipient of the Foundation Pupil Cup for Dux.

PROXIME ACCESSIT
Lachlan West
The Jubilee Cup for Proxime Accessit was awarded to Lachlan West, another deserving, hard-working recipient. Lachlan’s combined marks were English 85%, Maths 92%, Social Science 87%, Science 97%. This was a total of 361 with an average of 90.25%. 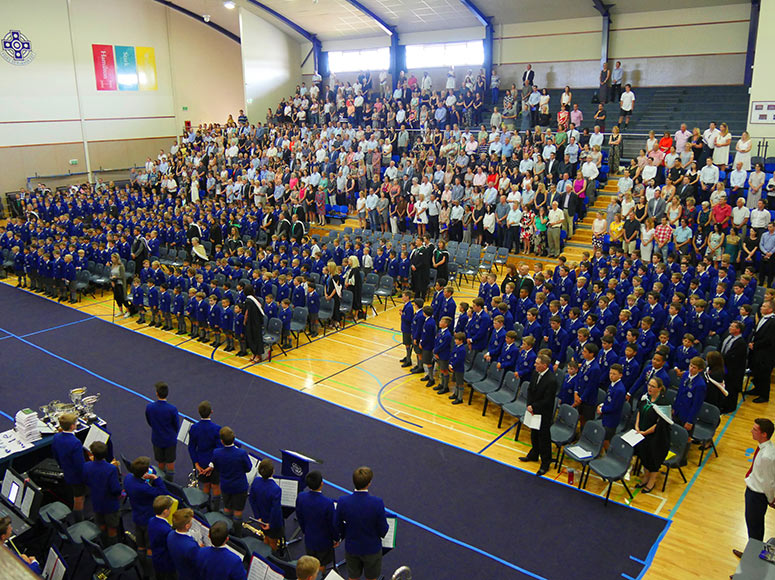 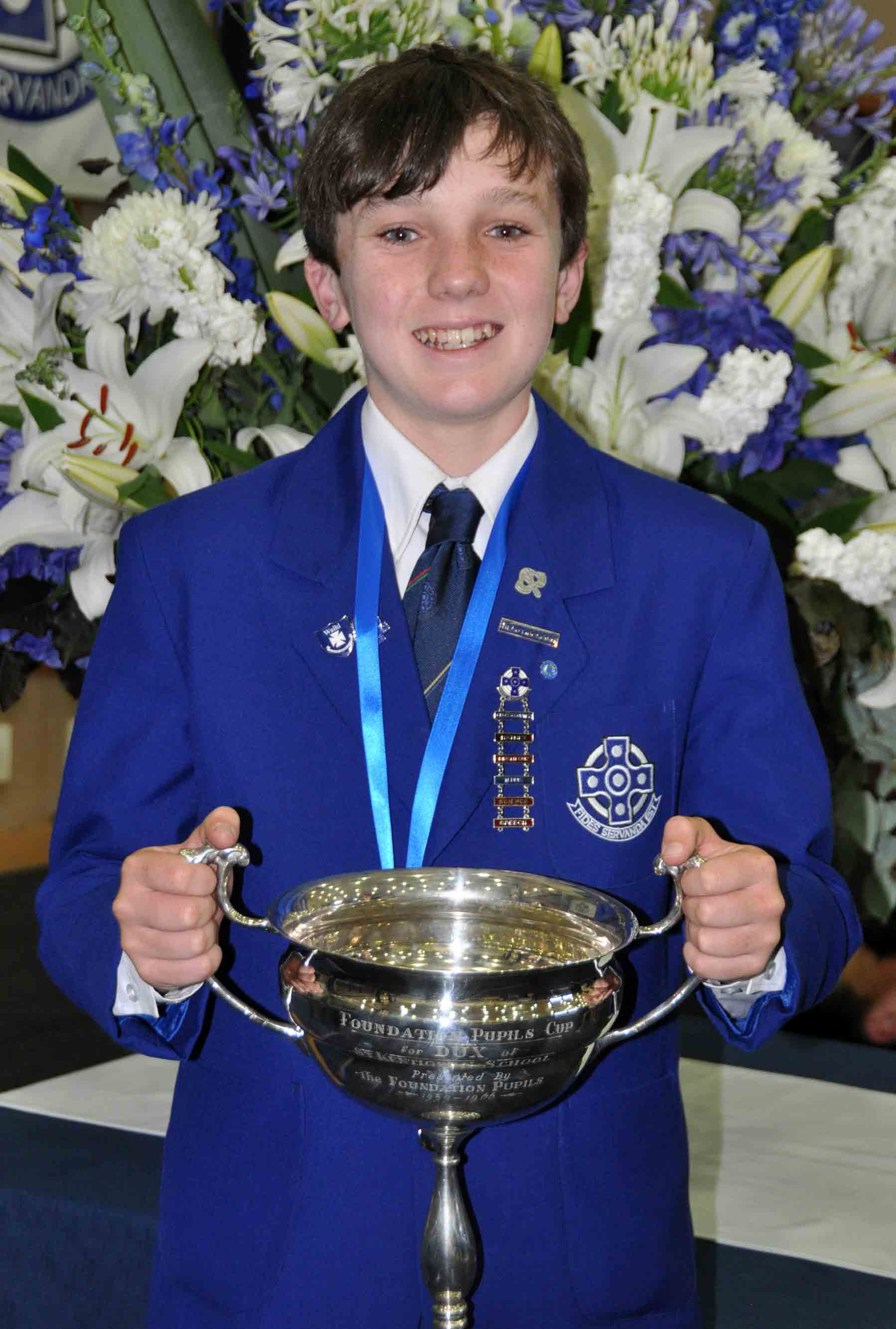 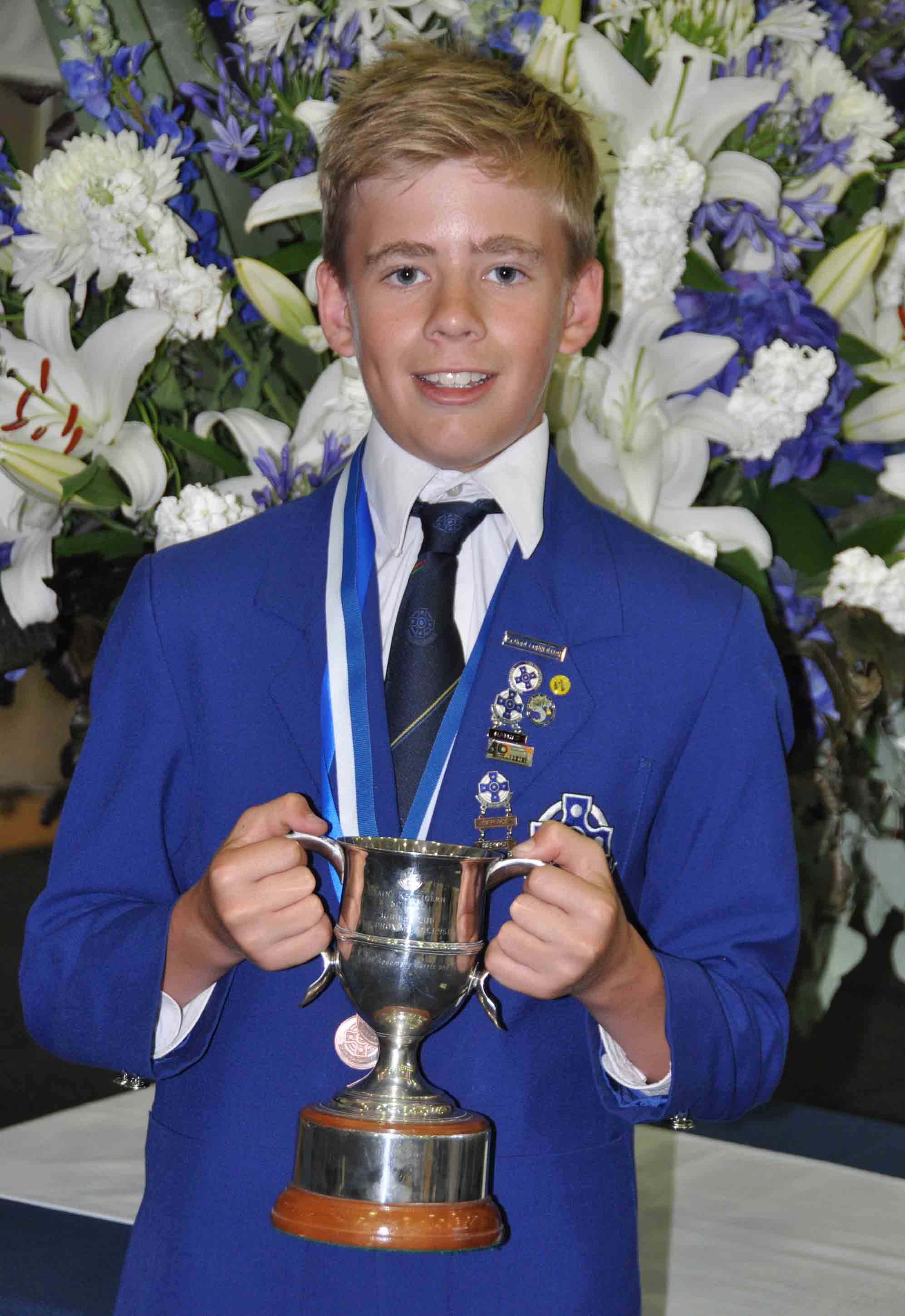 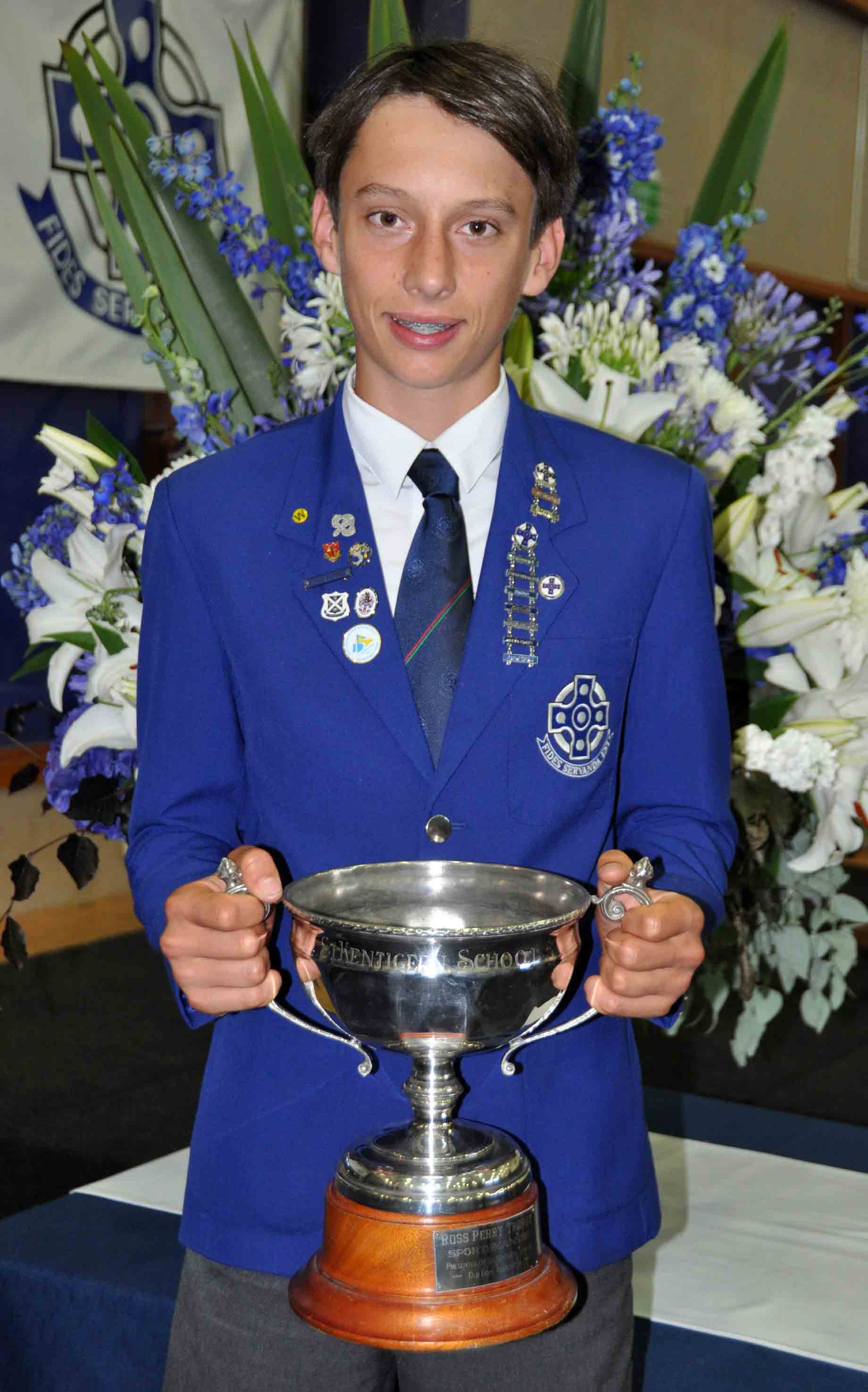