At the very last Boys’ School event of the year, piper, Charles Adams had the honour of leading the procession of staff and invited guests into the Prizegiving ceremony. Students, their families, guests and teachers filled the Old Collegians Sport Centre, at the College campus, to congratulate this year’s prize winners on their academic, sporting and cultural success and to recognise those who have made a notable contribution to service and citizenship.

Head of Saint Kentigern, Mr David Hodge gave his address before the presentation of the Junior School awards by Mrs Julie Rand, who leaves her admissions role this year.

The Middle School Awards were presented by Mrs Carolyn Williams, who is retiring from teaching, and the Senior Awards by Mr Hodge. Retiring after 30 years of service to the Boys’ School, the Christian Living Awards were presented by Mrs Gaye Pilkington.  We sincerely thank all our presenters for their time and their constant support of the Boys’ School.

Prior to the Senior Awards, Principal, Mr Peter Cassie made his address, asking the question, ‘How do we measure success?’ He said, ‘It is easy to compare those activities where you can see a win loss ratio for teams or see individual successes in the many sporting, academic or cultural opportunities our boys face each year, but is that really the true measure of a successful year?’ Mr Cassie went on to explain that for him, a successful school year is one where he can see boys grow and develop into into fine young men who know right from wrong, who are prepared to live our values, who are not afraid to stand up for what is right, who know what it means to be of service to others and who treat everyone with respect.

The final awards of the morning, the ‘Special Awards,’ were presented by Dr Kernohan and Mr Cassie before graduating Head Boy, William Ormond made his final Valedictory Speech. He was joined by his Deputy, Charlie Dickinson, to hand the mantel of leadership to the new Head Prefects for 2020, Head Boy, James Hiddlestonand Deputy Head Boy, Louis Spillane.

Luca Toner has had an outstanding year, striving for excellence in all areas of the curriculum during his time at Saint Kentigern Boys’ School. This year his combined year and examination results were: English 93%, Maths 94%, Social Science 94%, and Science 93%.  This was a total 374 with an average of 93.5. Luca has been a highly diligent, motivated and conscientious young man and is a worthy recipient of the Foundation Pupil Cup for Dux. He also achieved exceptional results in the ICAS Assessments scoring High Distinctions and Distinctions.

The Jubilee Cup for Proxime Accessit is awarded to Thomas Hageman, who is a deserving, hard-working recipient. Thomas’ combined year and examination results were English 92%, Maths 92%, Social Science 92%, Science 89%. This was a total of 365 with an average of 91.25%. Thomas is an outstanding student who has participated in academic, cultural as well as many sporting activities. He is an outstanding speaker and competed in the Senior School Speech competition. He is also a very talented photographer. Thomas is the Academic Prefect and has certainly carried out his Academic duties diligently.

The Ross Perry Cup for Senior Sportsman of the Year goes to Ashan Weerasinghe, who has represented the School at the highest level in many sporting codes: 1st Rugby & 1st Cricket Teams, Eastern Zone Athletics, Eastern Zone Cross County, Interzone Athletics, Interzone Cross Country, Senior School Athletics Champion. Ashan completes eight years of education at the Boys’ School. Appointed as Hamilton House Prefect in his final year, he has been an outstanding young man whose contribution and leadership in 2018 caps off his time at the Boys’ School in fine style. 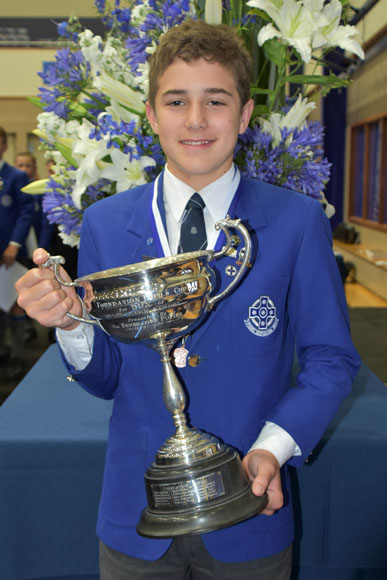 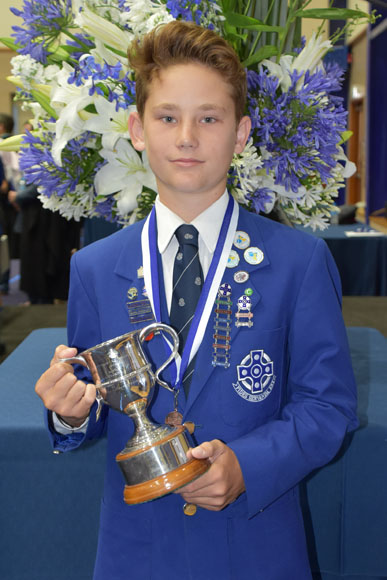 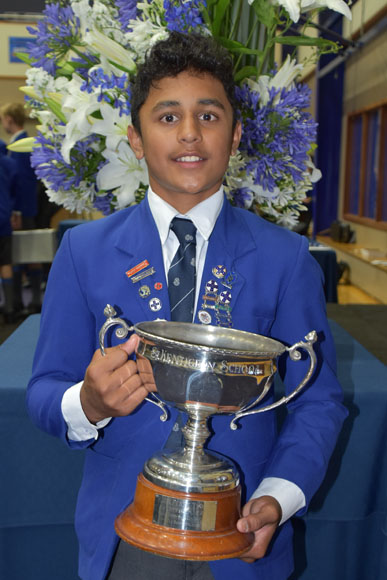 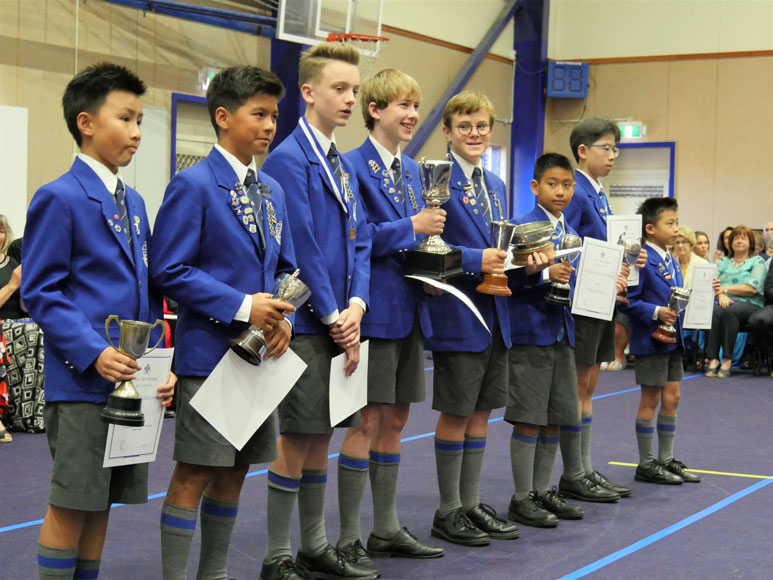