A the very last Boys’ School event of the year, piper, Nick Forgie and drummer, John Zhu had the honour of leading the procession of staff and invited guests into the Prizegiving ceremony. Students, their families, guests and teachers filled the Old Collegians Sport Centre, at the College campus, to congratulate this year’s prize winners on their academic, sporting and cultural success.

Head of Saint Kentigern, Mr David Hodge gave his address before the presentation of the Academic, and Christian Living Awards by Mrs Elizabeth Macky. Mrs Macky is the wife of the late Warwick Macky, the inaugural Boys’ School Board Chairman who served the Board for 38 years. During that time, her interest in the staff and boys, her generosity of spirit and action, her flair, style and wit were enjoyed by many. It was a delight to welcome her back to our prizegiving.

The Middle School Awards were presented by Mrs Rosemary Harris, Deputy Chair of the Trust Board and the Senior Awards by Mr Hodge. Dr Kernohan presented the Christian Living Awards.  We sincerely thank all our presenters for their time and their constant support of the Boys’ School.

Prior to the Senior Awards, Principal, Mr Peter Cassie made his address. In this age of Fortnite, influencers and ‘likes’ and with manners and common courtesies appearing to fly out the window, he asked, ‘What hope is there for the younger generation? How will they make it in the real world?’

Wait – isn’t that what our parents were saying about us? And how about Socrates in 500BC who claimed ‘Children have bad manners and contempt for authority’ or Aristophanes 400 BC who said, ‘Children are tyrants…’

Every generation faces concerns about their young and Mr Cassie’s address was a reminder that it is our duty as adults, to ensure we provide our youngsters with strong values and appropriate role modelling so that they go on to become great citizens. Respect, Integrity, Service, Excellence and Love – our Saint Kentigern values help prepare our boys for life.

The final awards of the morning, the ‘Special Awards,’ were presented by Mr Cassie. The Remuera Lions Citizenship Awards were awarded to Fletcher Clark and Lachlan Nicholls. The Brian Matthews Citizenship Cup went to Boston Chester for consistently showing empathy to others and being responsible and courteous in the Junior School. James Hiddleston and Austin McKegg received the Middle and Senior School Citizenship Cups respectively for their outstanding service and leadership. The Joel Campbell Memorial Trophy, for service to others, went to Joe Berman. For displaying true grit and spirit in the sporting arena, Brodey Warren received the Knox Family Lion Heart Award. Samuel Jancys and Brodey Warren were the Sportsman of the Year recipients for the Middle and Senior School respectively. Jamie Mora has demonstrated diligence, cooperation, courtesy, sportsmanship and friendliness to earn the Rex Hooton Cup for School Spirit. With an average grade of 93.25%, Fergus Muthu finished as the Proxime Accessit, with Jamie Hilliam named Dux of the School with an average of 93.75%.

To finish the morning, Head Boy, Austin McKegg made his final Valedictory Speech. He then joined with his Deputy, Benjamin Hardie, to hand the mantel of leadership to the new Head Prefects for 2019, Head Boy, Will Ormond and Deputy Head Boy, Charlie Dickinson.

DUX 2018
Jamie Hilliam
Jamie Hilliam has had an outstanding year, striving for excellence in all areas of the curriculum during his time at Saint Kentigern Boys’ School. This year his combined marks were: English 87%, Maths 94%, Social Science 98%, and Science 96%.  This was a total 375 with an average of 93.75. Jamie has been a highly diligent, conscientious young man and is a worthy recipient of the Foundation Pupil Cup for Dux. He has a passion for learning and has represented the School in the NIWA Science Fair achieving a First Place and a special award, as well as in the Robocup Competition.

PROXIME ACCESSIT 2018
Ferguson Muthu
The Jubilee Cup for Proxime Accessit is awarded to Ferguson Muthu, who is a deserving, hard-working recipient. Ferguson’s combined marks were English 87%, Maths 95%, Social Science 94%, Science 97%. This was a total of 373 with an average of 93.25%. Ferguson is an outstanding student who has participated in academic, cultural as well as many sporting activities. He is a talented musician, chess player, and represented the school at the Robocup competition.

Brody completes 8 years of education at the Boys’ School. Appointed as Hamilton House Prefect in his final year, he has been an outstanding young man whose contribution and leadership in 2018 caps off his time at the Boys’ School in fine style. 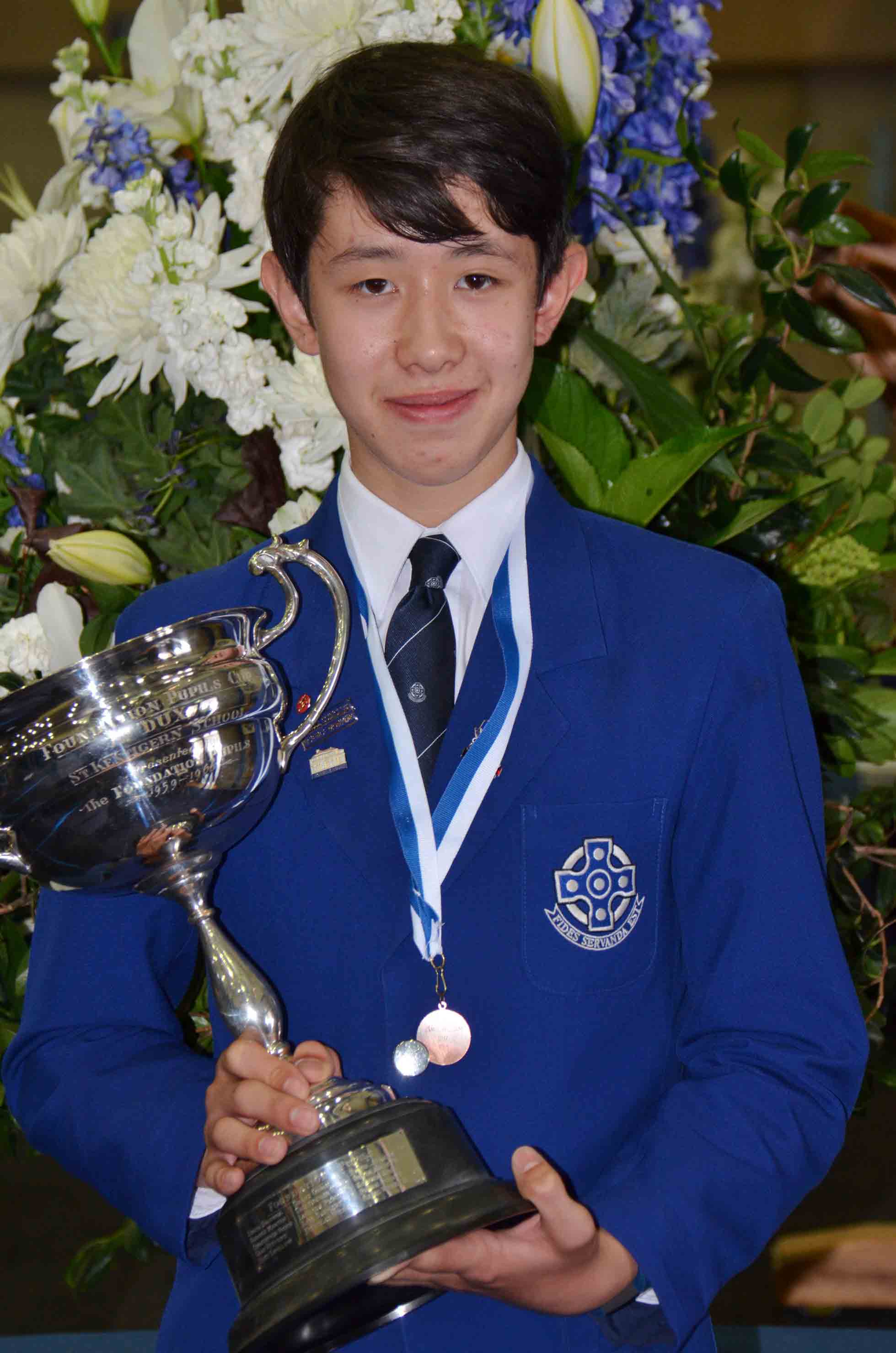 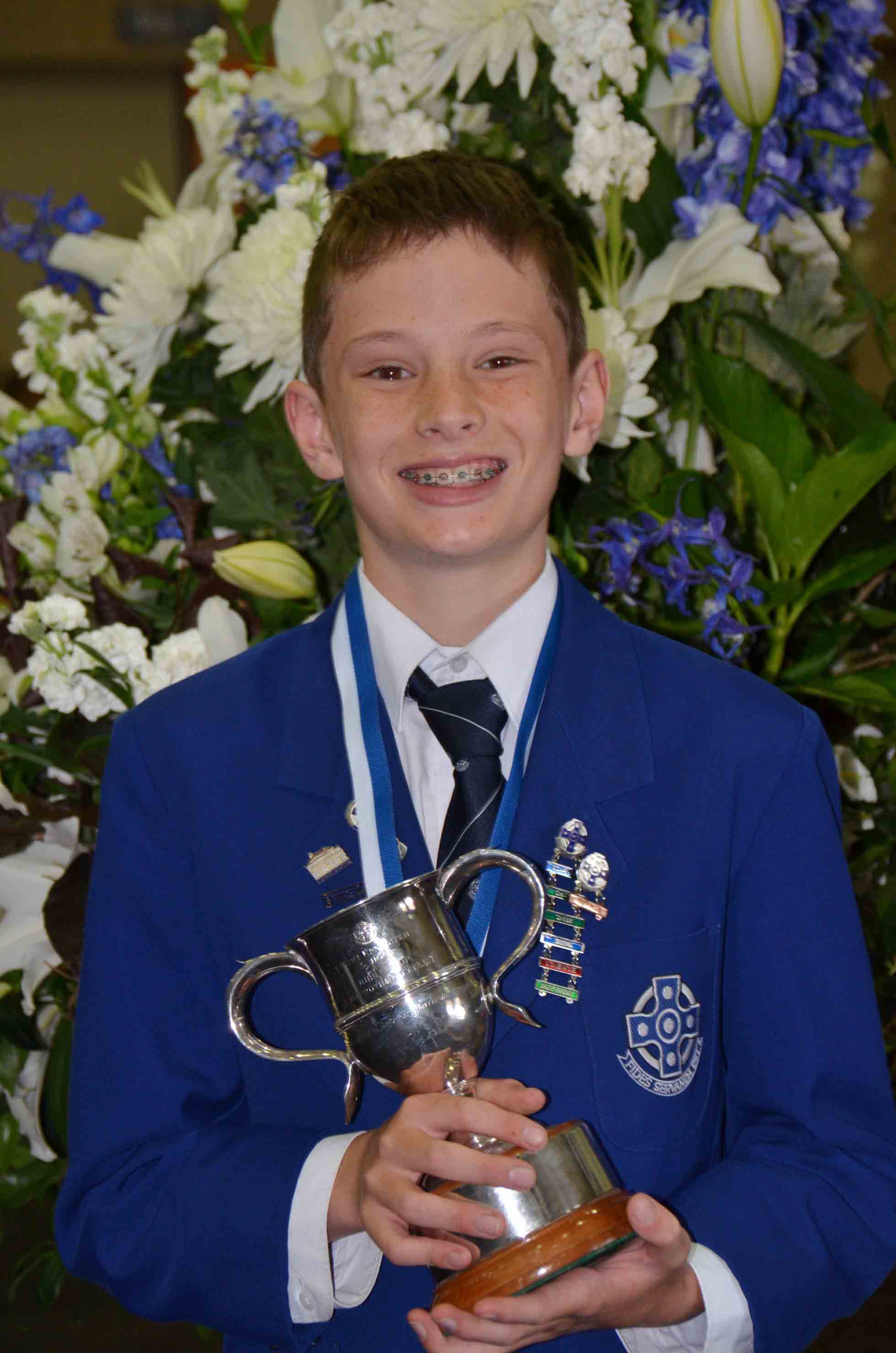 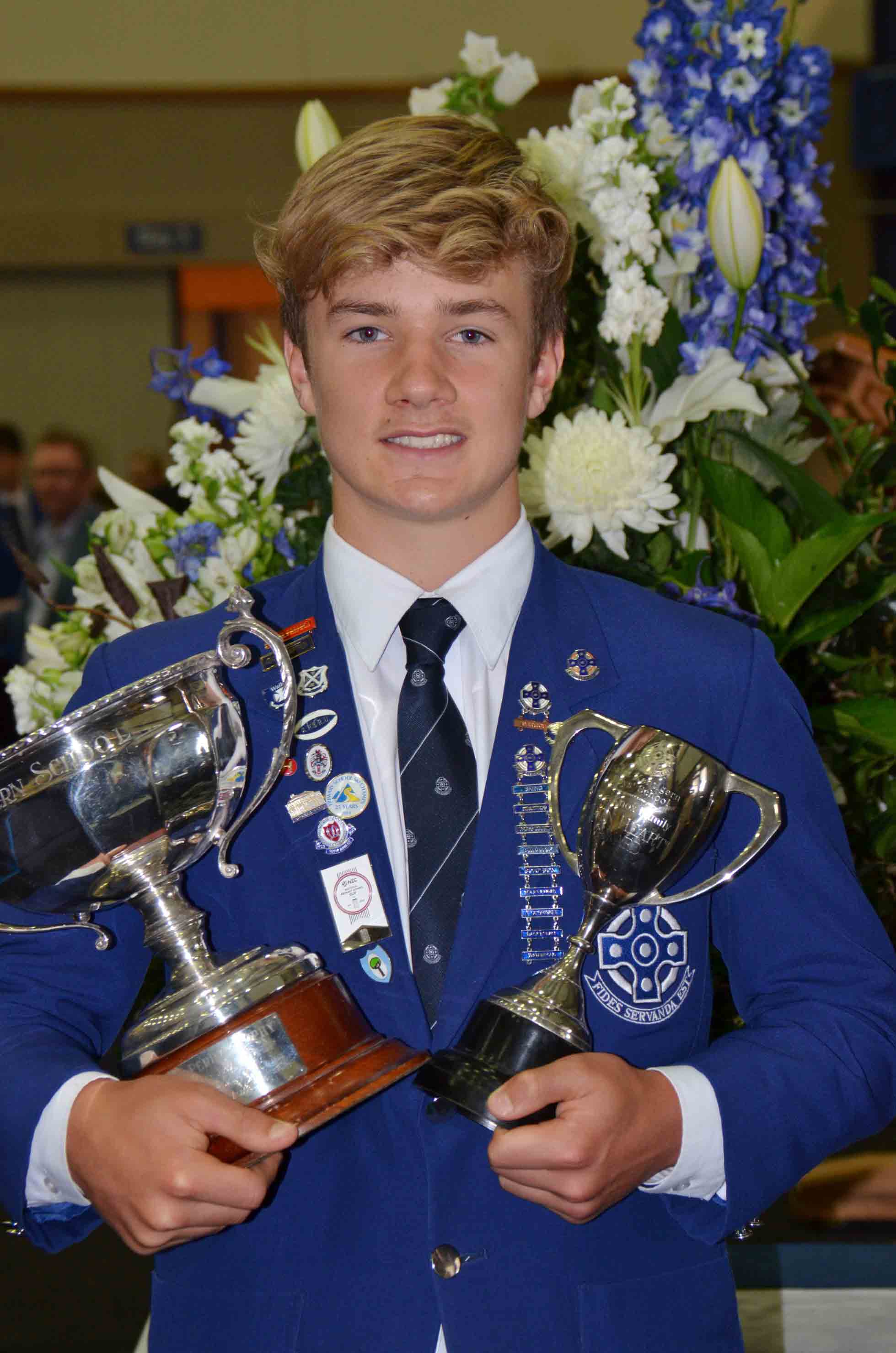 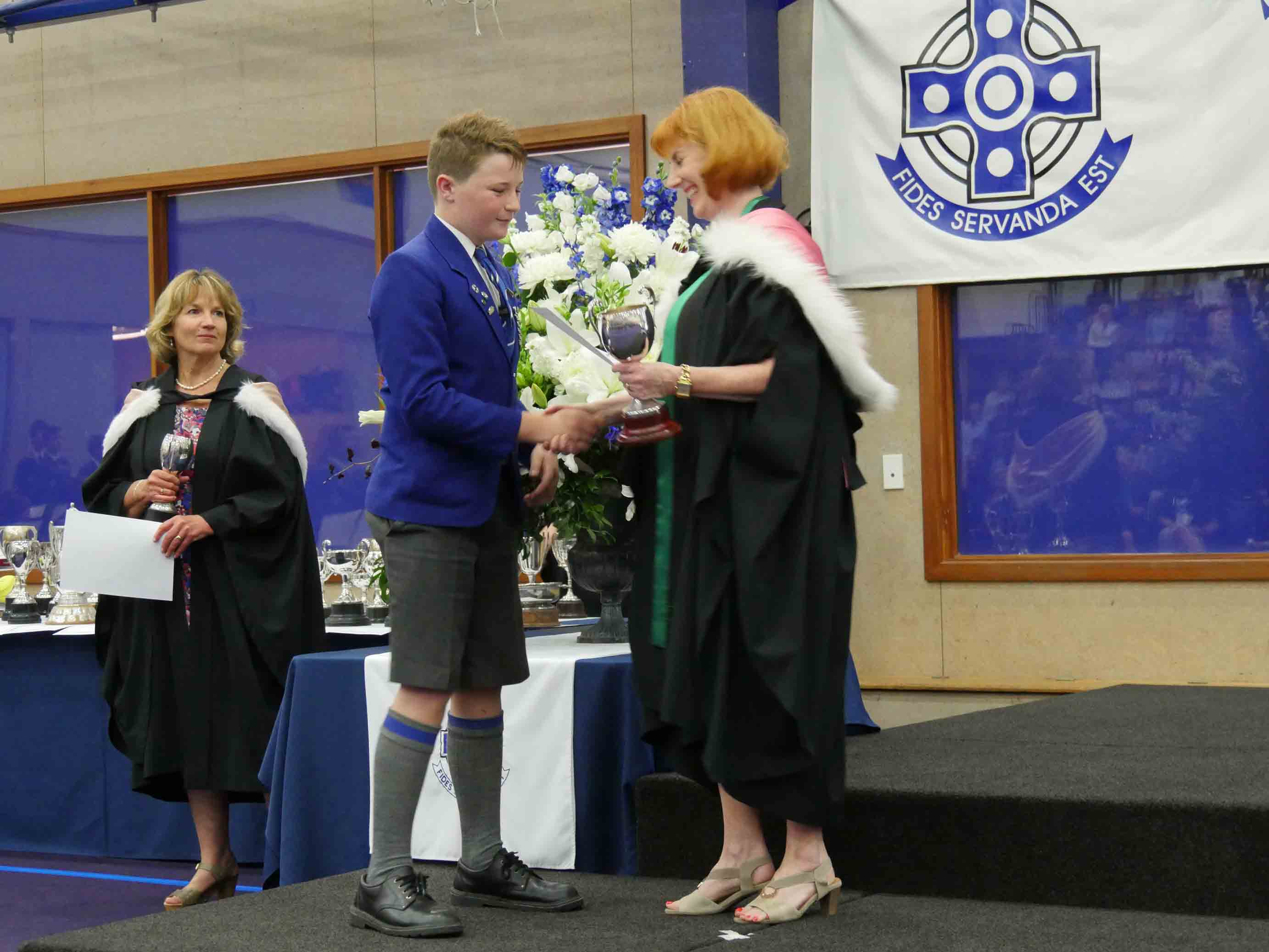 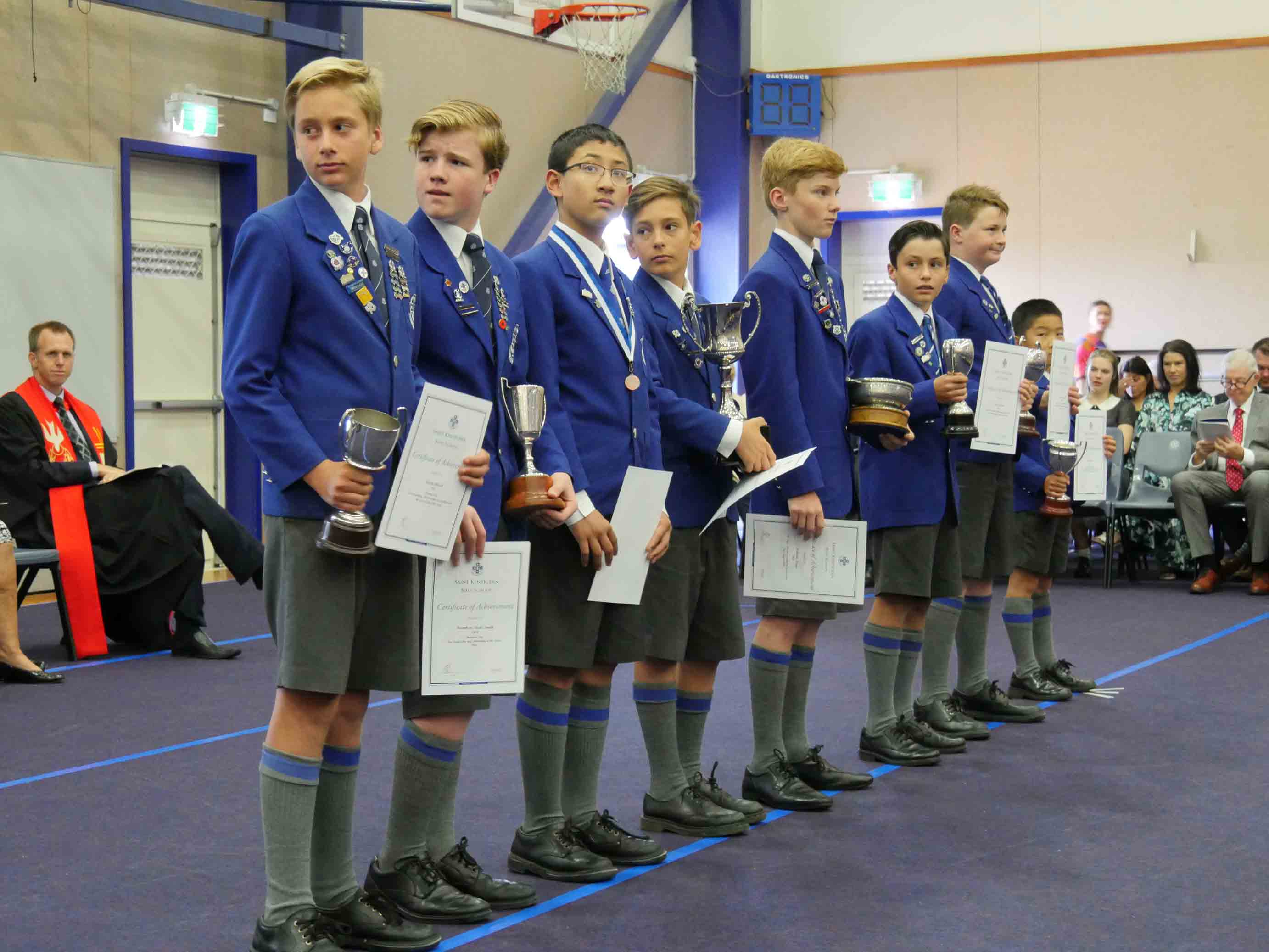