Today, on the very first day of the new school year, the 2019 Boys’ School prefects were commissioned during a Chapel service attended by their parents and invited guests. For the newly elected Head Boy, William Ormond, and Deputy Head Boy, Charlie Dickinson, this was a particularly proud day. These fine, young men both have the capability to serve and lead the School with distinction.

Principal, Mr Peter Cassie welcomed Head of Saint Kentigern, Mr David Hodge and Senior College Principal, Mrs Suzanne Winthrop who introduced this year’s College Head Boy, Ben Shepherd and his Deputy, Bec Robson. Bec was also Deputy Head Boy during his time at the Boys’ School.  In addressing the new prefect team, Ben said, ‘Leadership comes from your character, your values and your mindset; it is more than a title or a badge. To lead well at Saint Kentigern, you must firstly understand the importance of servant leadership. Servant leadership means to put the needs of others before those of your own.’

Mr Cassie came forward to challenge both William and Charlie with the Prefect Pledge: ‘Gentlemen, do you promise to uphold the values and standards of Saint Kentigern School and to serve its students, teachers and parents to the best of your ability and for the glory of God?’ The boys signed the Prefect Ledger, first started in 1995, then introduced the rest of their prefect team to the School, as they in turn accepted the duties of leadership, committing to serving Saint Kentigern with pride.

In concluding, Mr Cassie read a list of key leadership quotes, summarising that all of them pointed to ‘action’ not ‘position’ being the most effective form of leadership.

The boys are keen to get their year underway and we wish them well as they serve and lead the School to the very best of their ability.

William started at the Boys’ School as a Year 2 student in 2013. At the end of his first year, he received the class prize for Excellence showing that right from the outset, William set high standards. At the completion of his Junior School years, William received the Year 3 class prize for Public Speaking. His teacher at the time said, ‘Will has proven to be a dependable, hardworking and trustworthy class member. The enthusiasm with which he greets each new school day is reflected in his progress across the curriculum and his relationships with his peers and teachers. Will offers mature and intelligent ideas to class discussions and displays an inquiring mind and a willingness to try new things. Throughout Middle School, Will continued to excel. He was a School Councillor in Year 4, and received the class prize for Excellence in Years 4, 5 and 6. He was a member of the Middle School A Football Team, the Year 5 and Year 6 Mathex Team, Kapa Haka Performers’ Group, Kids Lit team in Year 6, Years 5 and 6 NIPS Ski Team and a member of the Year 6 EPRO8 Technology team. Moving on to the Senior School, Will’s academic results and continued contribution have been outstanding. Will leads by example and strives for excellence in all that he does making the most of every opportunity, whilst displaying the core values of our School. We look forward to his leadership of the School during 2019, confident that he will lead with enthusiasm, energy and commitment. 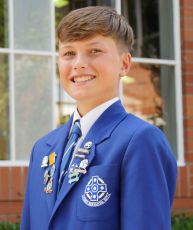 Charlie started at the Boys’ School as a Year 4 student in 2015. In the final term of his first year he received the ‘Student of the Term Award’. His teacher, Mr Knox wrote in his report; ‘From his very first day in 4GK, Charlie proved to be a highly reliable and mature young man who balances his committed approach to learning with his fun-loving attitude brilliantly.’

As Charlie got more familiar with his surrounds, his commitment and dedication to all facets of school-life strengthened. By the end of his time in the Middle School, he had represented the School in the A Cricket, Basketball and Rugby teams, had joined the Saint Kentigern Singers and the Kapa Haka All-Comers Group. Last year in Year 7, his commitment continued, particularly his service to the School, gaining his Bronze Service Award and being a dedicated Chapel Monitor. He also made the 1st XV Rugby team which is never an easy feat as a Year 7 boy.

Charlie epitomises the Saint Kentigern Way through his actions and shows his ability to be an outstanding and dedicated leader. Charlie will rise to the challenge of being the Deputy Head Boy and give of his very best in all that he does. 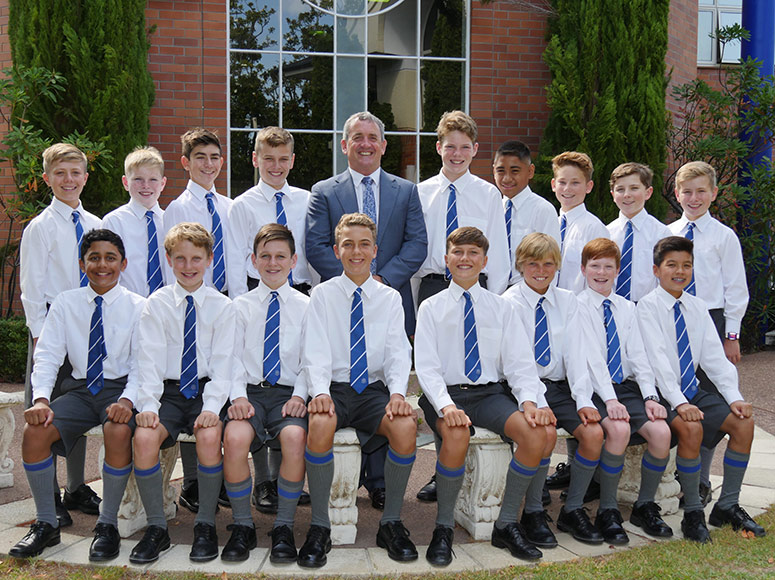