The JC Chalmers Hall at the Boys’ School was packed wall to wall this morning with boys, parents and invited guests for the annual Music Showcase; a morning when our leading musicians have a chance to share their talents and showcase their instruments.

The audience was welcomed into the hall – loudly - by the Boys’ School Pipes and Drums! Once a ‘fledgling’ group, the pipers and drummers are now well-skilled. This was their second performance for a large audience this week, having also played under the spotlight to an audience of over 2000 at the Fireworks Night last weekend!

The Jazz groups followed, and they, too, are very accomplished musicians, having also played at the Fireworks and out in the community to very warm receptions. The Jazz Combo recently won a gold award at the Lewis Eady Auckland Music Competition. ‘Heard it on the Grapevine,’ ‘I will survive’ and ‘Uptown Funk’ were great music choices for players and audience alike!

Leading musicians had the chance to audition for a solo spot, with guitarists, Henry Shaeffer and Cayden Lin-Vaile giving very polished performances, both having played solo at the Firework Night. Henry played ‘Stairway to Heaven’ and Cayden played ‘Payphone.’ Isaac Chang plays cello in the orchestra but chose piano for his solo piece at the Showcase, playing ‘Invention No 4 Bach.’

Thomas Davies has been playing the trumpet since Year 4 and is very involved in the music programme in a number of groups. He performed a classic jazz piece called Take Five.

Ran Yuan on piano and Freddie Gardiner on saxophone are a pair of very accomplished musicians who played ‘Megalavina.’ Brothers, Edison and Leo Zhou teamed up on the violin to play Greensleeves.

Small ensembles, the Recorder Consort and the Flute Choir entertained, with the recorders playing ‘Santa Lucia’ and the flutes setting a Christmas theme with ‘Away in a Manger.’ Our largest group, the Symphonic Orchestra played ‘Smoke on the Water.’ The orchestra is a mix of both beginner and experienced players, with those already well-skilled, taking on section leadership.

The final act to perform was a surprise! Paddy Leishman graduated from the Boys’ School in 2006. During his time at school, he was very involved in the music programme and is well-remembered by staff at the time. Now a professional musician, he performed his own number, ‘Still fall for you.’

As usual, the concert concluded with closing remarks from the Principal… Mr Freddie Gardner from Year 8!  Freddie and his brothers, Harry and Will have stepped into Mr Cassie’s shoes today, in the role of ‘Principal for the day’ – only, in this case, there are three of them! Freddie gave a very mature reflection of the morning before handing to Mr Cassie to close. Mr Cassie has long been envious of those who can play an instrument, wishing he, too, had the skill. He told the boys to go home and tell their parents that today, ‘the Principal’ had performed a particularly polished piece on the saxophone – ‘Just don’t say which Principal!’

Our thanks to Mrs Janet Grierson, Mrs Georgina Jarvis and our itinerant music teachers for the fantastic work they do with the boys. Well done to all the performers! 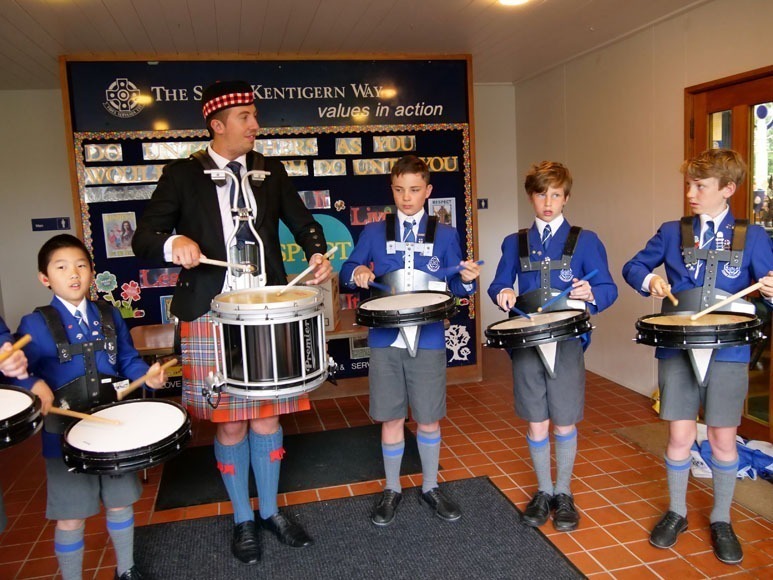 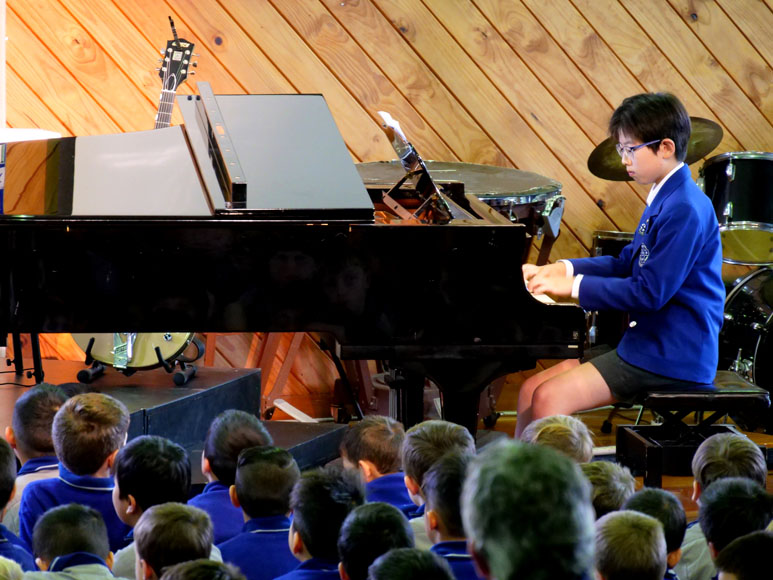 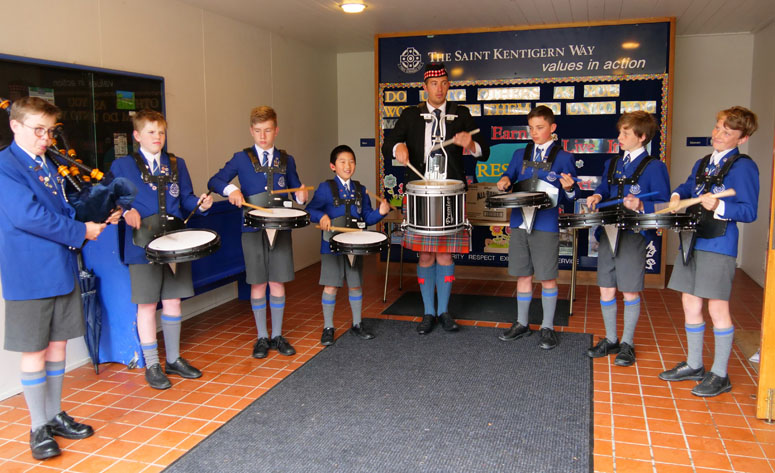 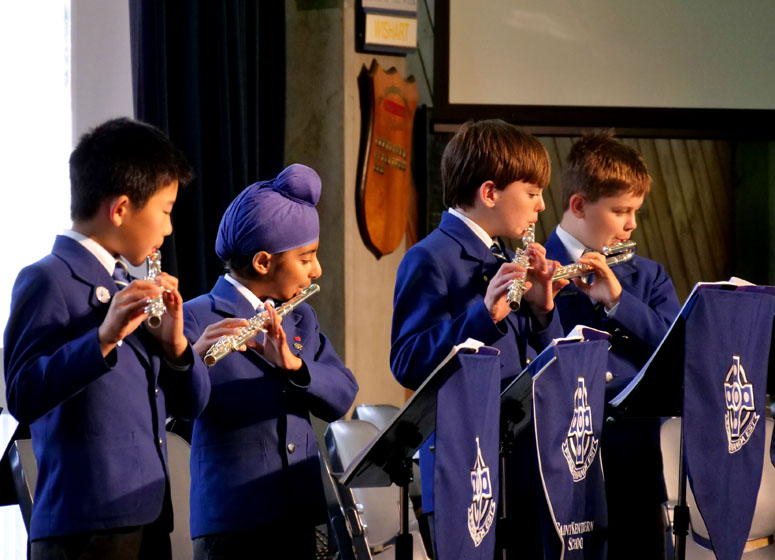