Following on from the Senior School Speech Finals this week, the Middle School Finals took place the following day. As always, the speeches were original, entertaining and of an exceptional standard from our boys in Years 4-6. From Mickey Mouse and sporting highlights to ‘three people that I would take with me to a deserted island’ and ‘how to put up with my sister’ were just a few of the wide range of topics presented.

We were privileged to have a brother and sister duo, Kate and Ben Hurst to adjudicate our speeches. Kate Hurst is the director of Head Held High, School of Confidence and is passionate about public speaking and loves her job building the confidence and communication skills of her students. Her brother Ben is former Crusaders and Canterbury rugby halfback who is also an exceptional public speaker and well-respected MC.

Winner of the competition was Year 6 student, George Beca who left the audience thinking about how we can be more tolerant. He ended his speech saying, ‘Imagine a world with no fighting, and where people dealt with each other as equals. ‘You will never change the way a person is by hating them.’ That’s my challenge to you all – see if you can change the way you think about other people, and maybe together we will be able to make the world a more tolerant place. He finished by quipping that he’d start with his sister!

Runner up, Matthew Simmons from Year 6 delivered a highly original, creative speech about ‘Schools in the Future.’ He looked ahead 1000 years to when Saint Kentigern Boys’ School might have grown to 6000 pupils taught in a 30 storey high glass structure surrounded by a moat. School starts at 6am so it can finish early as global warming makes it too hot for class after lunch!

Our adjudicators were looking for originality, clarity and well-structured speeches and how the audience engaged with each speaker. We thank both Kate and Ben for giving up their time to come and adjudicate the speeches - which is never an easy task! Well done George and Matthew! 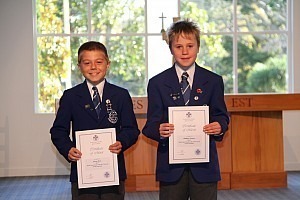 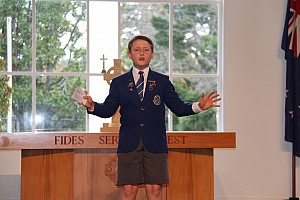 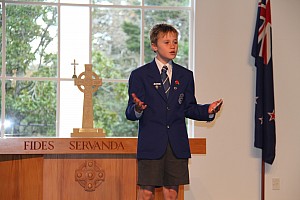 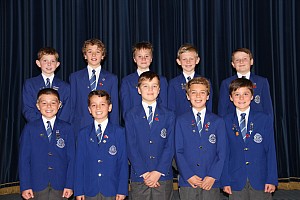