Wow! What a fantastic afternoon of song! It's been 10 years since the boys last competed for the House Music Cup in 1995. In recognition of the passion for music in all its forms at the Boys' School, the Houses once again took on the challenge to create choirs to sing in unison – not an easy task when 125 boys from Years 0 – 8 take to the stage as one!

Under the watchful scrutiny of guest judge, Mr Lachlan Craig, Choral Director at the College, each House had two opportunities to impress. In the first half, smartly dressed in chapel uniform, each choir took turns to present 'Sons of Gallipoli' by Chris Skinner, in honour of the centenary of the landing of the Anzacs at Gallipoli. The boys are to be commended for their disciplined performances and the respectful silence with which they listened to other groups. This is a very moving song, last sung at the Boys' School Dawn Service prior to Anzac Day. This was beautifully delivered by each of the choirs.

What would the ghosts of our old soldiers have made of the second half? They would probably have loved it! Spirits were definitely raised, albeit in in slightly less tuneful harmony, but with all the youthful exuberance that young boys can muster!

Changed out of formal attire, the boys dressed for their chosen New Zealand song. First up were Cargill singing, 'Take it Easy' by Stan Walker. In keeping with the blue of their House, Chalmers took on a nautical theme with Split Enz's 'Six Months in a Leaky Boat.' Hamilton quickly became crowd favourites with their energetic rendition of Fred Dagg's 'The Gumboot Song.' Wishart closed the second half with 'Love, Love, Love' by Avalanche City bringing a fantastic afternoon of entertainment to a close.

Judging was no mean feat as the quality of each choir's performance was fantastic. Judged on dynamics, rhythm, pitch, actions, presentation as they moved on and off stage, and the sheer degree of enjoyment they brought to the stage, it was Hamilton who joyously took the title for 2015!

In concluding, Principal Mr Peter Cassie said it was such an enjoyable afternoon that it couldn't possibly just be kept 'in house.' To the delight of the boys, he announced that the parents would be invited to a second performance at the beginning of Term 4. Be assured, it's one to look forward to! 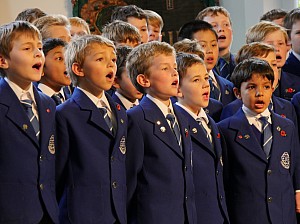 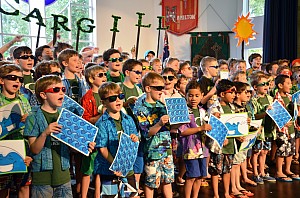 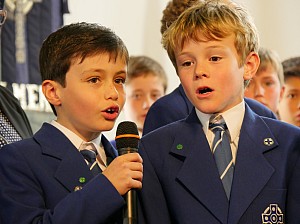 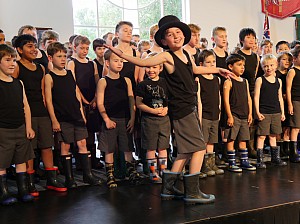