‘You are on the last leg of your Boys’ School journey and will soon become part of our School’s history and a true son of Kentigern. The friends you have made here will be friends for life.’
Mr Peter Cassie, Principal

With the Year 8 boys’ time at the Boys’ School drawing to a close, 135 boys, their parents, staff, Trust Board members and invited guests gathered at Eden Park Function Centre, to reflect back on the boys’ last eight years of friendship and learning, as they prepare to move on to the next stage in their education.

Senior School Dean, Mr Richard Kirk, opened the formalities saying that the boys could be proud of themselves for the contribution they have made to the life of the School, particularly this year, when so many have stepped up to show leadership. He kept the boys and their parents laughing as he compared their characters to chocolates in a box of ‘Favourites.’ The boys reflected that it was probably a good thing to be a ‘Crunchie’ or a ‘Caramello’ but maybe not a ‘Flake!’ As the boys move on in life, Mr Kirk said to be kind and act responsibly. ‘You have been exposed to a key set of values that I hope has set your moral compass for the next stage in life.’

Chapel Prefect, Cayden Lin-Vaile said Grace before the guests were invited to dine.

This year’s special after-dinner guest is no stranger to Saint Kentigern!  Ben Horne joined the Boys’ School at Year 7 in 2005 and quickly made his mark, going on to be selected as Head Boy the following year, a remarkable achievement. Ben went on to pursue his love of cricket and is now a regular member of the Auckland Aces Cricket Team as their wicketkeeper/batsman. As a youngster, he was noted for his trademark quick wit, a trait that is clearly still with him. He, too, kept the dinner guests laughing as he recounted his school days, with some subtle, good humoured digs in Mr Aspinall’s direction! He left the boys with four key messages: 1) Try as many things as you can, as there is satisfaction to be gained from learning new things. 2) Look after your mates and trust they will do the same for you. 3) Don’t be an idiot – treat everyone with respect. And arguably the most important …4) Keep your mum happy! It’s better to have her batting in your corner than on the other side!

Deputy Head Prefect, Charles Dickinson gave thanks to Ben, speaking with assured confidence after a year in his leadership role.

As our boys prepare for their next adventure, Principal, Mr Peter Cassie raised a toast to Year 8, thanking both the boys and parents for their ‘amazing contribution’ to the School. He gave special acknowledgement to those families who have had two or more sons graduate over the years and those who have had ‘generational’ involvement. Of particular note is the Adams family. Charles now graduates, following in the footsteps of both his father, Tim and grandfather, David who was a Foundation pupil.

In his final ‘words of wisdom’ Mr Cassie quoted Einstein saying, ‘Try not to become a man of success. Rather a man of value.’ The evening finally concluded with one last Haka from the boys, led by Sam McLeod.

This was a most enjoyable evening and it was clear to see the bond that has developed not only between the boys over the years but also their parents. President of the Old Collegians and fellow Boys’ School parent, Hayden Butler, encouraged the boys to stay in contact after they have finally moved on. 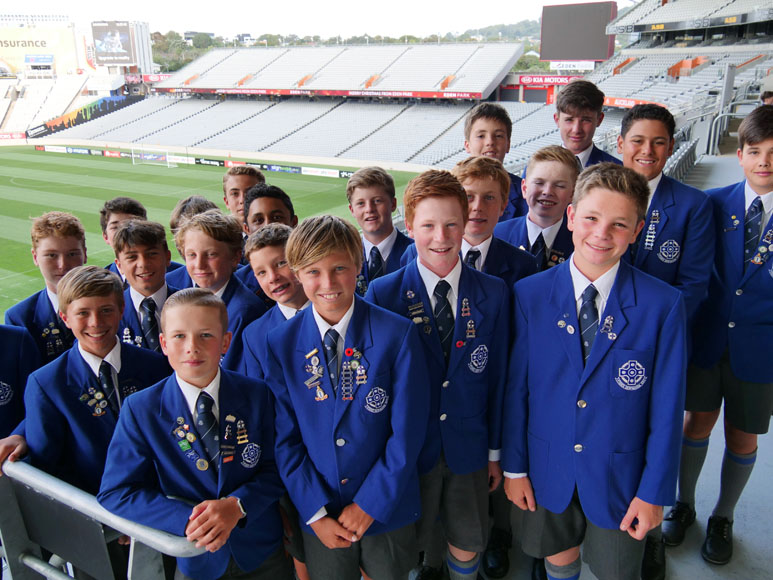 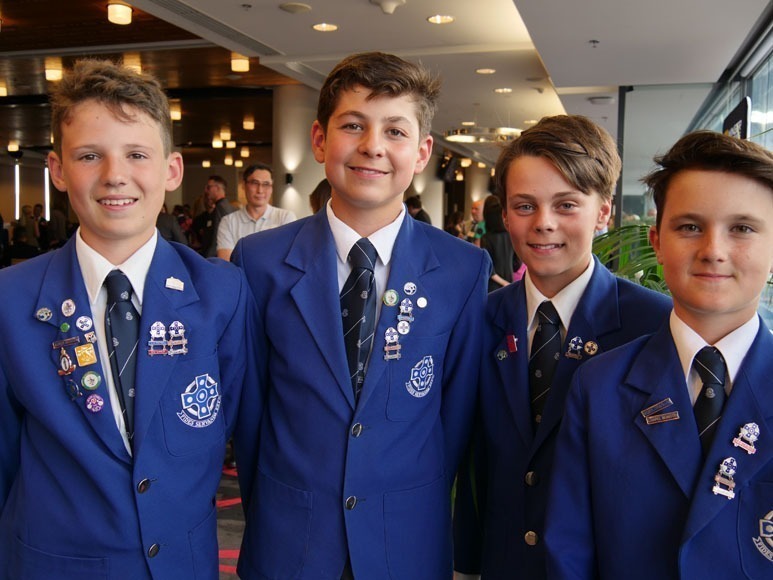 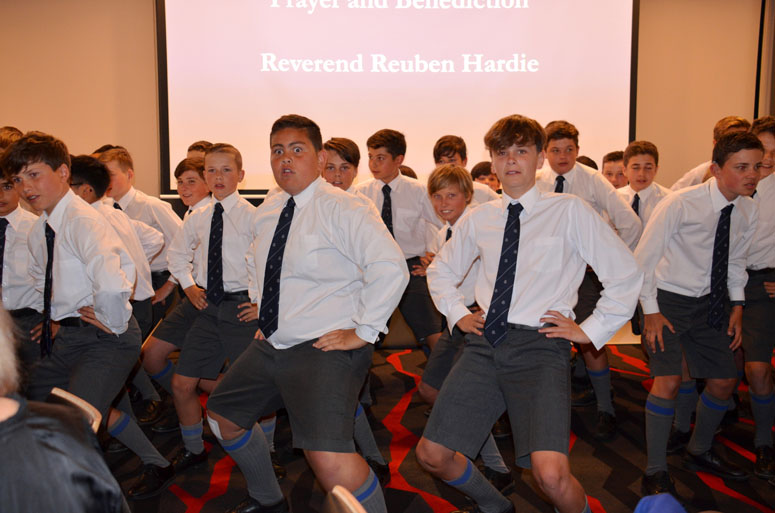