With the Year 8 boys’ time at the Boys’ School coming to a close, over 400 students, parents, staff, Trust Board members and invited guests gathered at Eden Park Function Centre last night, to reflect back on the boys’ last eight years of friendship and learning, as they prepare to move on to the next stage in their education.

On arrival, the boys were excited to find themselves high above the hallowed rugby grounds!

The Dean of the Senior School, Mr Richard Kirk, opened the formalities saying that the boys could be proud of themselves for the contribution they have made to the life of the School, particularly this year, when so many have stepped up to show leadership. As the boys move on in life, Mr Kirk said he hoped they will always think back with fondness and a sense of connection to the Boys’ School. They will always be sons of Kentigern.

The School is grateful to the Old Collegians for sponsoring the dinner each year and welcomed the president, Mr Hayden Butler to speak. He said he was pleased to see the boys wearing their Old Collegians’ ties and encouraged them to value the friendships they had made during their time at the School. Following on, Chapel prefect, Jamie Mora was called on to say grace before dinner.

This year’s special after-dinner guest was introduced by talented and animated Year 8 speechmaker, Austin Alcock saying, ‘A man who survived a plane crash. A man who climbed the summit of Mount Everest and stood on the roof of the world. A man who ran seven marathons over seven days across seven different continents! … He is just a normal kiwi bloke. A dad like so many of you in this room tonight. An ordinary guy, who achieves extraordinary things  - Mike Allsop.’

As our boys prepare for their next adventure, who better to inspire them than a man who has been focussed on seemingly unimaginable goals in life, pitting himself against the limits of human endurance. Amongst other adventures, Mike focussed on his ascent of Everest, showing some stunning footage taken from his time on the mountain. Like Sir Edmund Hillary before him, Mike realised that in ascending to the summit, he had not ‘conquered Everest’ but ‘conquered himself.’ He encouraged the boys to find their own ‘momentary courage’ to take the first step towards their own goal; to achieve their dreams and ambitions by overcoming the fear of failure and breaking each goal into a series of smaller, achievable steps. ‘Just a normal kiwi bloke?’ Maybe not, but one with a strong message for our boys!

Deputy Head Prefect, Benjamin Hardie gave thanks to Mike, quipping that, having listened in awe to Mike’s life of adventure, it made him wonder ‘what our dads have been doing with their time?!’

As the evening drew to a close, Principal, Mr Peter Cassie, made mention of the ‘generational involvement’ present, with the Renault-Pollard, Larsen, Rowntree, Steele-Smith, Coatsworth and Kernohan families each having a dad and son/s through the School creating a lasting association. Whilst these connections ranged from 10 to 16 years, it was the Keyte family, whose Year 8 son, Matthew and his brother, 2013 College graduate, Christopher, along with father, Martin, who had the longest connection by far, spanning 21 years!

In raising a toast to the ‘2018 Year 8 Generation,’ Mr Cassie said, ‘The differentiating factor of our school is the focus on service, leadership and values that define who we are. Other schools talk about it, however, we live our values as evidenced by the huge and selfless commitment to service you make throughout the year. Our wish is that your sons will continue to think of others in the years ahead, as we believe that they can make a difference in their communities, wherever they may be. Boys, always remember who you are and what it means to be a son of Kentigern. During your life you will encounter change, challenges or pressure: make sure the decisions you make, your actions and words reflect our core values of respect, integrity, service, excellence and love.’

A final set of ‘reflections,’ a video prepared by Phillipa and William McKegg, parents of Head Boy, Austin McKegg, looked back on the boys’ time together, provoking many memories as images scrolled across the screen, dating back to when some were new entrants! The evening finally concluded with one last Haka from the boys, led by Ihaia Gray.

Our boys have been well prepared in their primary years and we wish them well as they now move on to new challenges, knowing they will always be a part of the Boys’ School. As Mr Kirk concluded, ‘Go out and make the people around you proud, but mainly, make yourself proud!’ 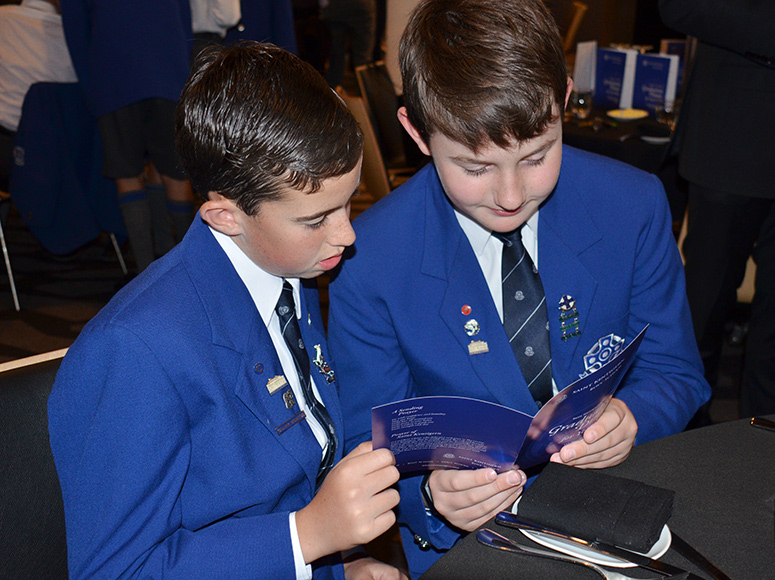 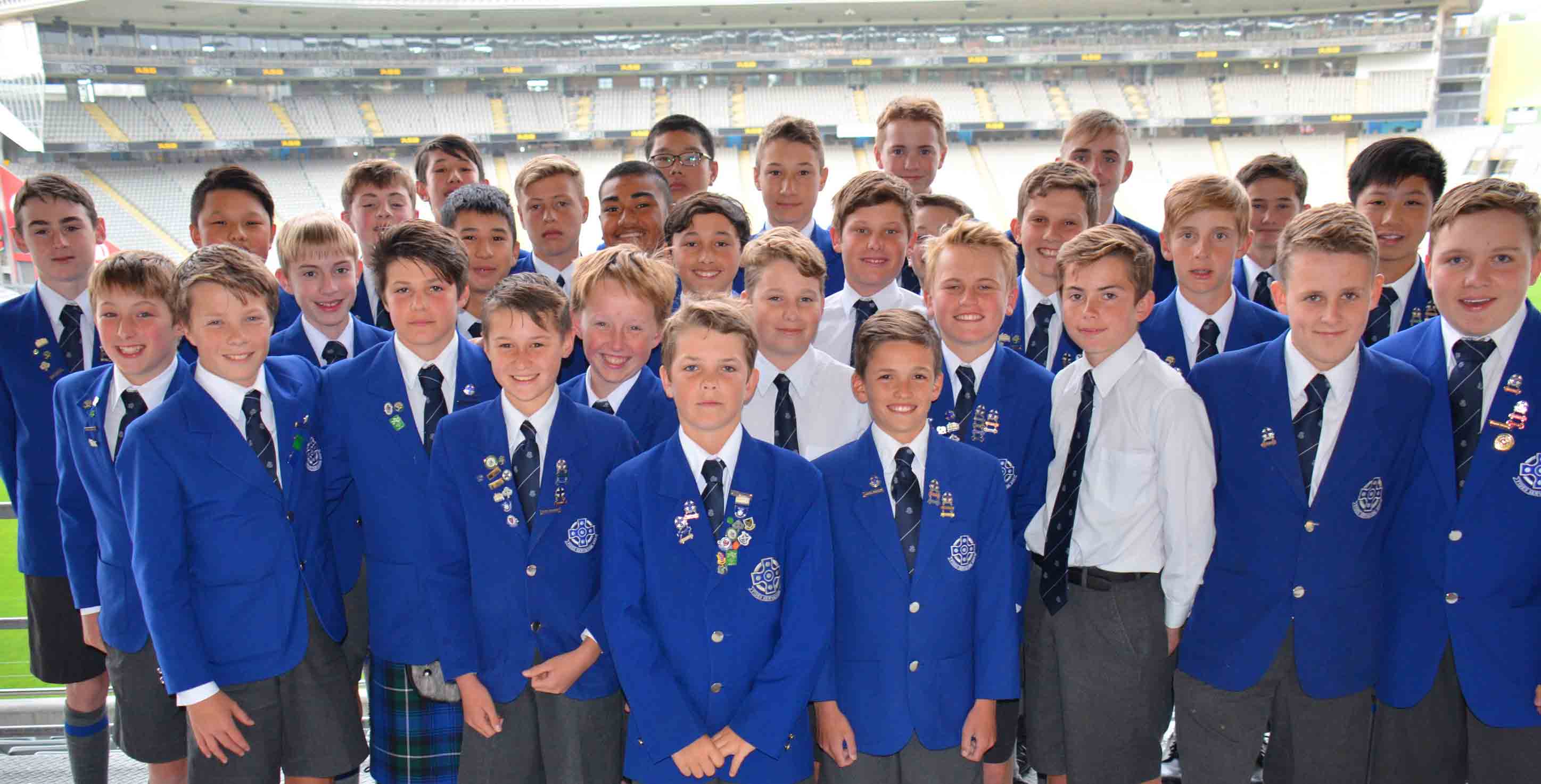 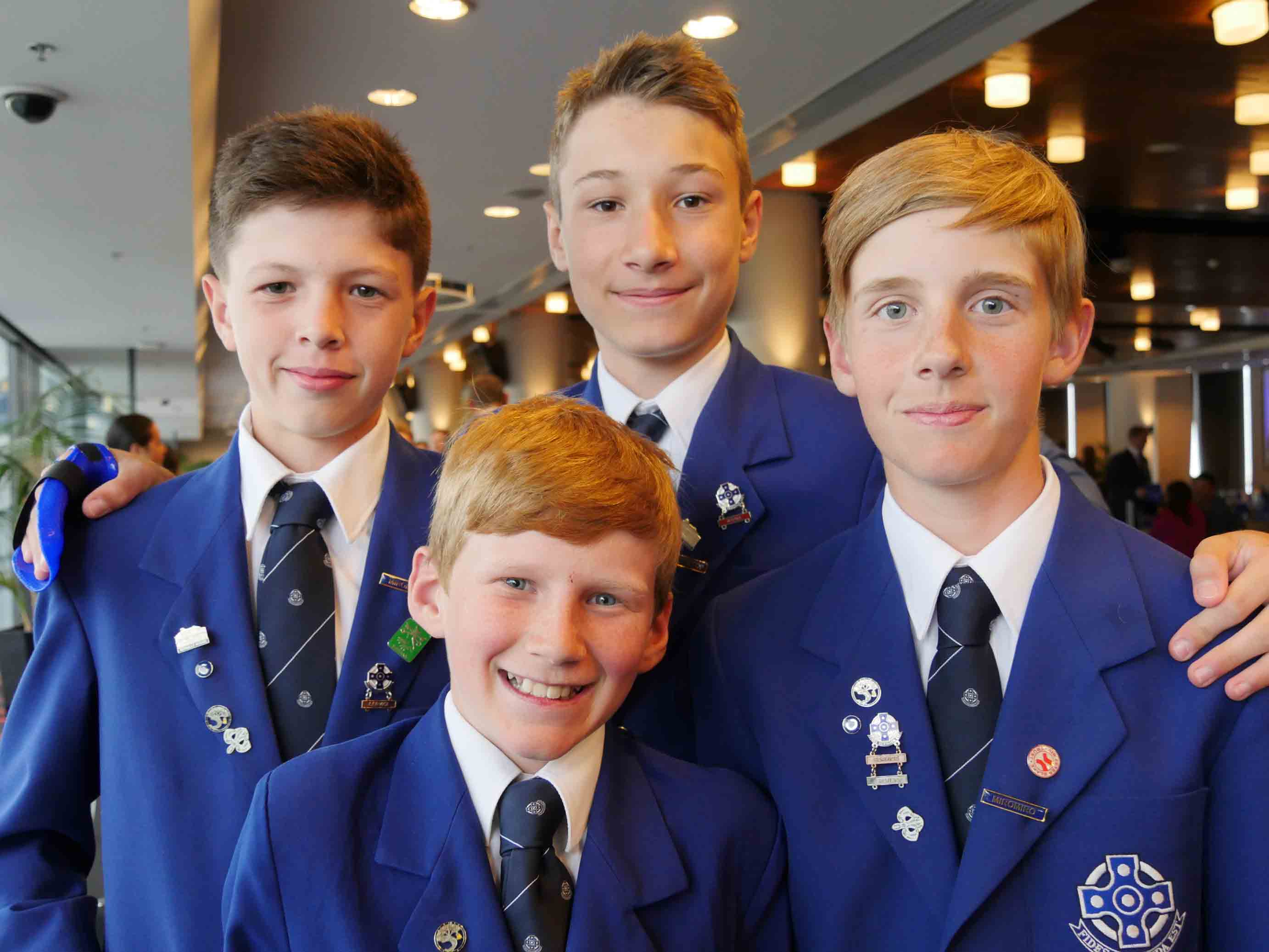 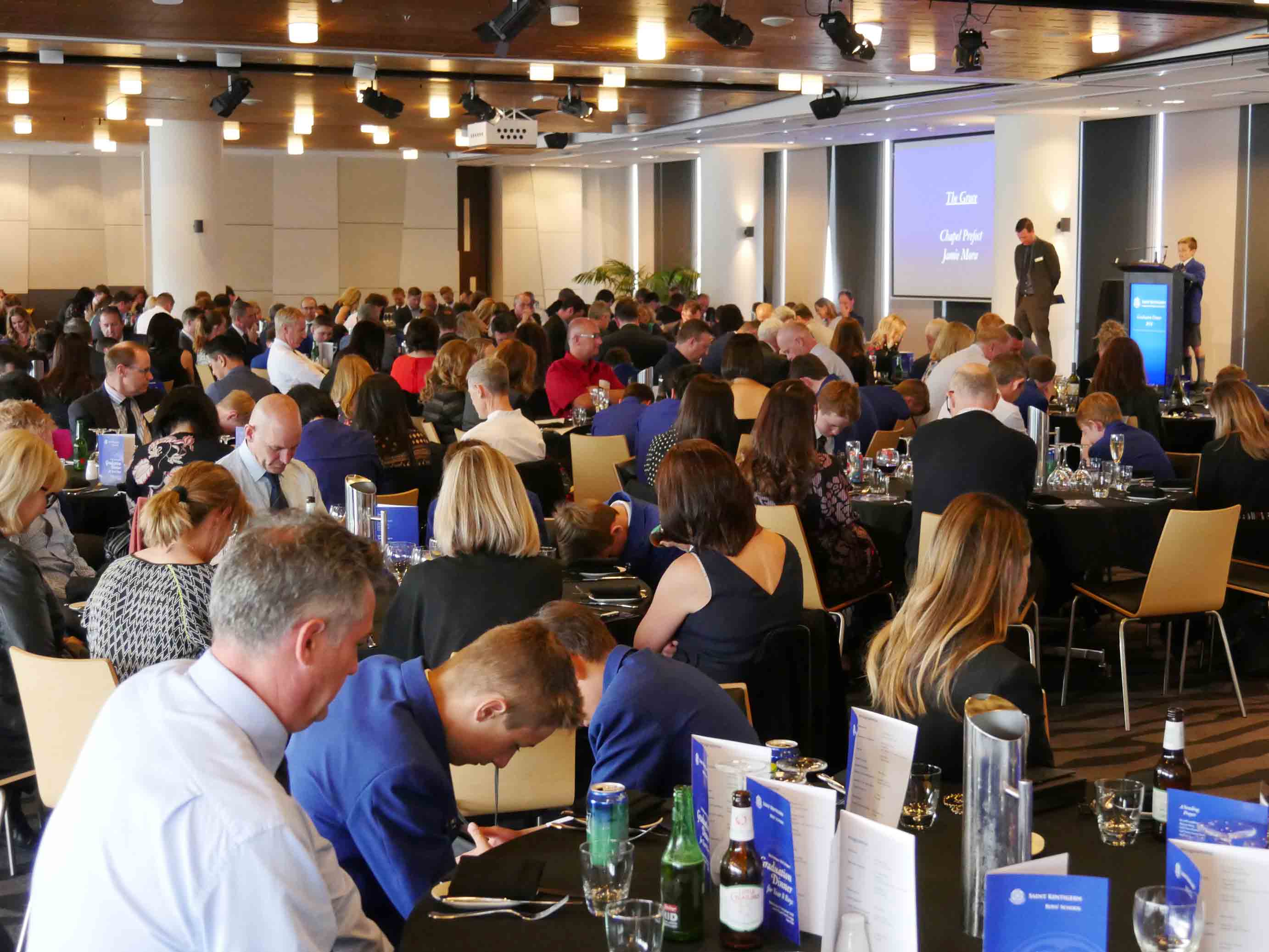 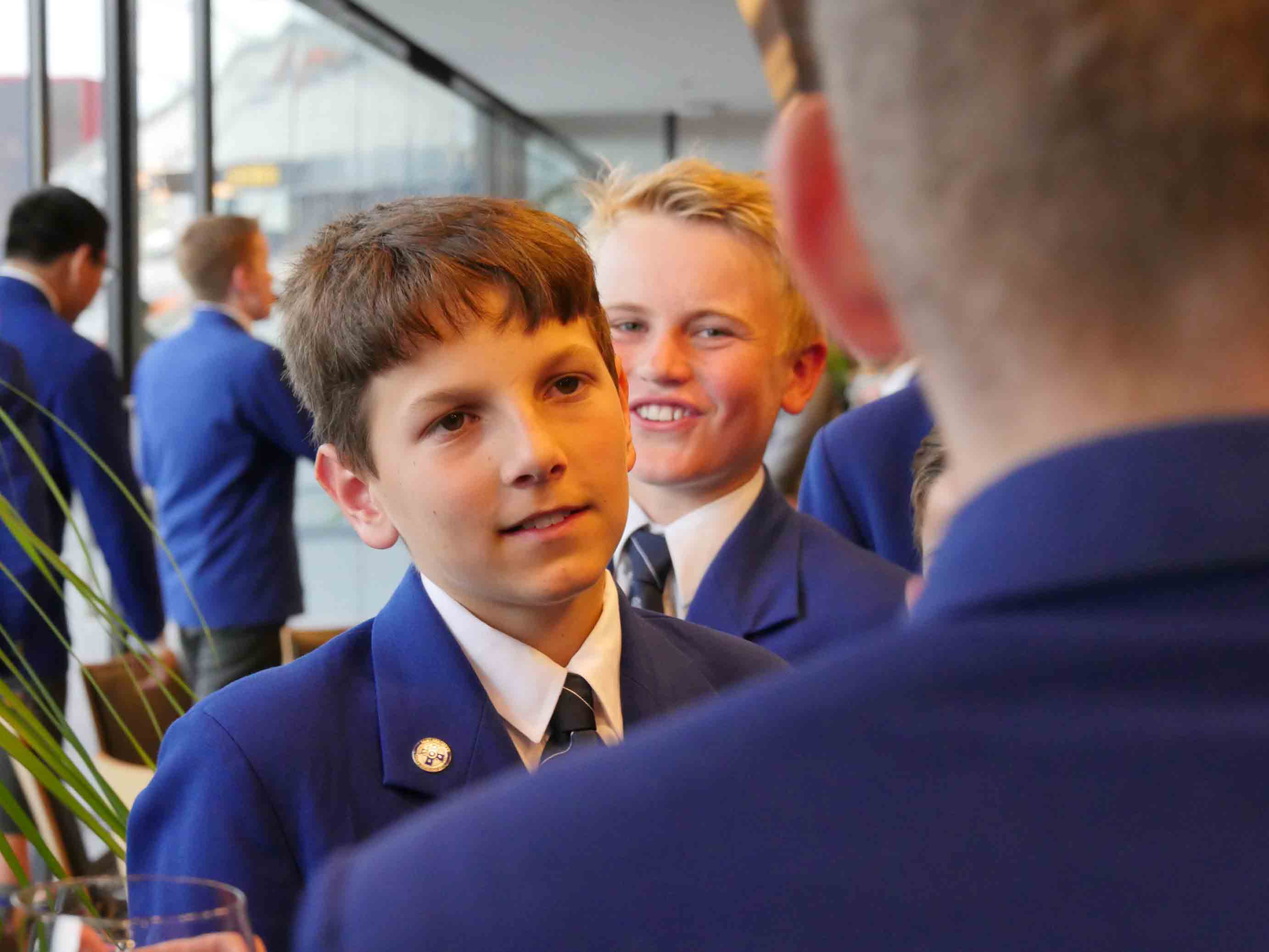 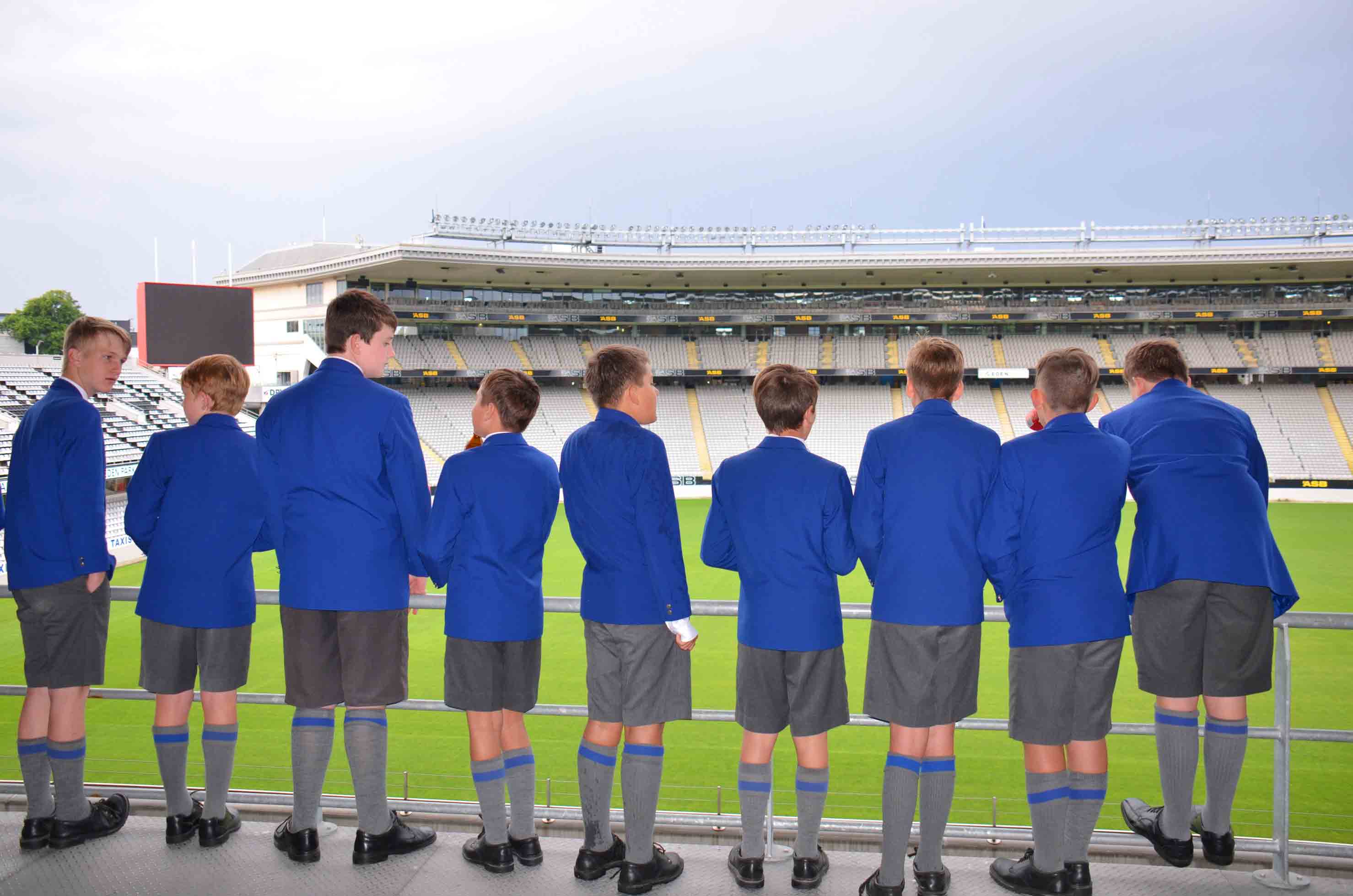