Our Year 8 boys, proudly sporting their Old Collegians ties, gathered with their parents, staff and invited guests at the Ellerslie Convention Centre to reflect back on the boys’ last eight years of friendship and learning as they ready themselves for the next step in their education.

The Dean of the Senior School, Mr Joe Johansen opened the formalities addressing the boys in his care for the final time. He spoke of success and the part this can play in our lives. While it may seem that success is often measured by academic endeavours, he told the boys that personal success may take many different forms, from discovering resilience in the face of defeat to actually making a difference to other people’s lives - in the way they have this year through activities such as helping pack groceries at Foodbank or assisting children with physical or visual difficulties at Halberg Day.

He urged the boys to remember the lessons learned and friendships formed at Saint Kentigern as they move on in life. He concluded by saying, ‘Unlike some parts of the world, we live in a country where we really do have a choice about the future we want. You, young men, are the ones that will make that happen. Whether it be in business, education, healthcare, science, engineering, the arts or sport. Go out and make a difference to the lives of others, make your parents and teachers proud, but most importantly, go out and make yourselves proud.’

Following dinner, we were pleased to invite former cricket great and entrepreneur, Dion Nash to speak. Captain of New Zealand on more than one occasion, he retired from cricket in 2002 having taken 93 test wickets and scored 729 test runs. Earlier in the year, he came to pass on his techniques to our own young cricketers. Since packing away the whites, Dion has embarked on a success career in business, becoming Global Marketing Manager of success story, 42Below vodka.He currently has his own men’s skin care range, ‘Triumph and Disaster’ in some of the top stores In Europe. Full of cricketing anecdotes, he gave the boys his list of tips to succeed: Learn to focus; be your own best coach; take risks; take ownership of your actions; make room for difficult people; build fitness into your day; and have respect for your elders.

In his closing, Principal, Mr Cassie said, ‘The next five years of your education will be exciting and you will face challenges. You are in the driving seat and the choices and decisions you make will define who you are and what you will become. I encourage you to firmly strap yourself in and put your foot firmly on the pedal. Your world is different from that which your teachers or parents faced; a different skill set will be required and while knowledge and understanding will always be important, so too will be the necessity to have creativity, entrepreneurship and resilience.’

A final set of ‘reflections,’ a video prepared by Head Boy, Benjamin Lerner and his family was an amazing compilation of caricatures of each boy drawn by cartoonist, Ant Sang of ‘Bro Town’ fame. He captured each boy perfectly, creating many laughs. The boys all received their own framed piece as a keepsake. The evening finally concluded with one last haka from the boys.

Once again we are grateful to the Old Collegians for sponsoring this event and the Prefects' parents for lovingly decorating the venue in House colours. 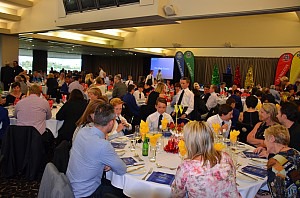 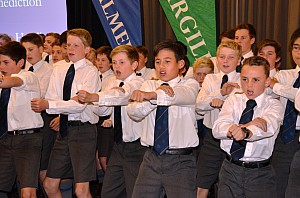 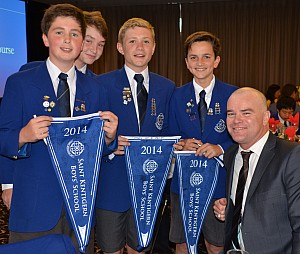 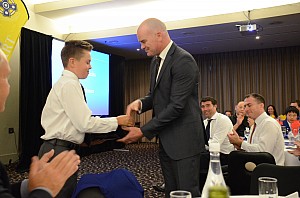 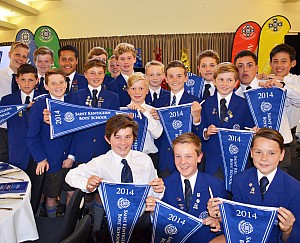