With thanks to Deputy Principal, Mr Grayson Aspinall

Last week, the Boys’ School Performers’ Choir made a memorable trip to Hawke’s Bay to be hosted by Hereworth School. Deputy Principal, Mr Grayson Aspinall kept a detailed ‘blog’ of their tour, one he enjoyed every bit as much as the boys!

Day 1: With 32 excited lads confined to a small aircraft for an hour, keeping the noise level down was a bit of a challenge, especially for a group of choristers! The boys responded very well and the flight staff were so impressed by our boys, they made special mention to us that our group was the best they had seen in all their years flying. Very high praise indeed!

The boys travelled by bus from Napier Airport to our host School, Hereworth where we were warmly greeted by their staff.

Our first official engagement was to sing at the local primary school, Te Mata Primary, which was just a short walk from Hereworth. The boys’ performance was exceptional and the audience at Te Mata School were very impressed by our singing and presentation. We performed to the whole school, approximately 350 boys and girls, who were a most receptive audience. They replied to us with their traditional Waiata and School Haka.

We went back to Hereworth where a delicious afternoon tea awaited, and the boys met their billets and host families.

Day 2: The staff met the boys at Hereworth bright and early on a rather crisp but fine morning. The boys were all in very good spirits, having spent their first night with their billet families and enjoyed the experience with their hosts.

The morning commenced with a Chapel service in the Hereworth Chapel with their Year 7&8 Boys. Several hymns were sung in unison and the Hereworth visiting Chaplain’s sermon was the story of Saint Boniface of Mainz who was committed to the Christian faith, and a missionary who learnt from making mistakes. A poignant message for our boys and one that resonates well with the messages we give them at school. Starting the day in their Chapel and sharing in their service, was certainly a highlight.

We travelled into Napier after Chapel and visited the National Aquarium on the ‘Art Deco’ waterfront. The Aquarium is a magnificent facility and our boys were extremely well occupied taking in the sights of the marine life.

We returned to Hereworth where lunch was prepared and ready for us in their dining hall. A hearty chicken meal with fresh salad and homemade bread was devoured by the boys. I was approached during lunch by one of the kitchen staff and asked whether we wouldn’t mind swapping our boys with theirs! Our manners and appreciation for their fine food was very well received!

The boys then workshopped with the Hereworth Choir before the concert began. There was one song that our boys didn’t know at all - ‘Alone in the Universe’ from the Dr Seuss Musical but they managed to get the essence of it reasonably quickly and when they performed it in the concert with Hereworth, it was outstanding. Our boys performed a ‘Beatles Medley’, ‘Sons of Gallipoli’, ‘Homeward Bound’, ‘You Raise Me Up’ and ‘Wade in the Water’. The Hereworth Hall was full and the audience of parents and boys really appreciated our efforts.

As staff, we were incredibly proud of how well our boys performed. They rose to the challenge of being on tour and giving of their very best.

When the billeting parents collected the boys at 4:30pm, I heard numerous stories of how they would like to keep our boys! Many were doing dishes, making beds and generally being very domesticated! So, parents – they can do it!

Day 3: We met the boys at 8am at Hereworth and said our farewells to the billeting hosts. Again, we were overwhelmed with comments from the Hereworth parents praising our boys for their fine manners and positive engagement with their families.

Our first port of call was Lindisfarne College. This is a state-integrated Presbyterian boys' day and boarding intermediate and high school in Hastings. We were greeted warmly by their music staff and shown to the concert venue where we warmed up and workshopped with four of their Year 7 and 8 boys who are part of their Middle School Choir. This was a great opportunity for their lads as they are trying to establish a choir in the junior part of the school. Our presence and ‘no inhibition singing’ certainly inspired them to give singing in a choir a go. Their Auditorium is relatively new and a first-rate venue for such concerts, so we were keen to rise to the occasion.

Our concert was another resounding success, the boys lifted once again and gave it their all with their repertoire of songs. The audience and staff at Lindisfarne were suitably impressed by our extremely high standard of singing.

Dr Kristensen, their Music Director, was very complimentary of our performance and did a Q&A session with the boys and his Year 7&8 cohort. This was certainly a new concept for our boys, but they responded with distinction!

A timely bell rang for morning tea, so the Lindisfarne boys took our lads for a guided tour of their school and from all accounts, our boys enjoyed the opportunity to talk to them and find out how Lindisfarne operates.

As we said our farewells, we managed to arrange a reciprocal visit with the Lindisfarne Symphonic Band who will be touring Auckland this August. The band will perform at School in the JC Chalmers Hall on Friday 2 August at 10.30am. Lock that into your diaries!

We had time to go to Napier’s waterfront and have lunch and view the Art Deco buildings that are so prominent on the Napier foreshore. The history of this fine city is very interesting and somewhat sad following the devastation of the Napier earthquake and subsequent rebuilding. A final highlight of the walk around town was visiting St John’s Cathedral. An opportunity to sing simply couldn’t be missed! The boys sang ‘God be in My Head’ and the sound from their voices along with exquisite acoustics was outstanding. Mrs Jarvis was beaming with glee!

It goes without saying that the tour staff were very proud when we landed back in Auckland and walked through the doors to greet our parents. The boys were simply magnificent and a pleasure to take away! 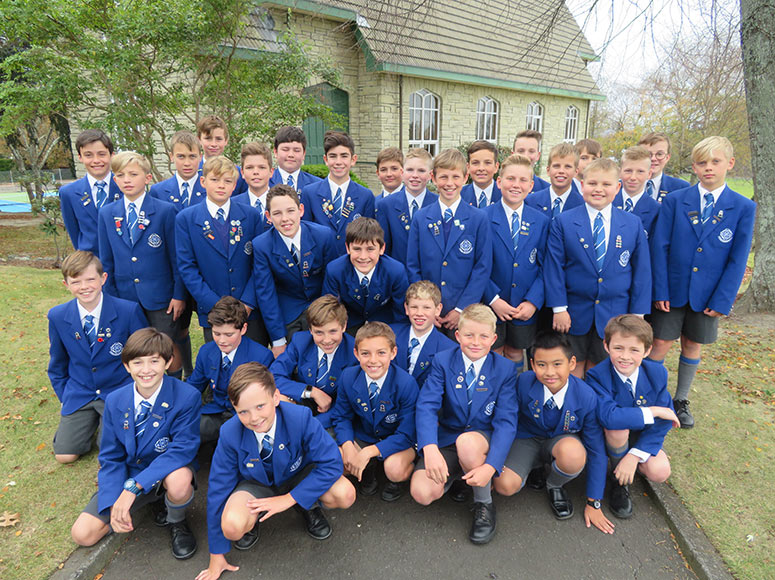 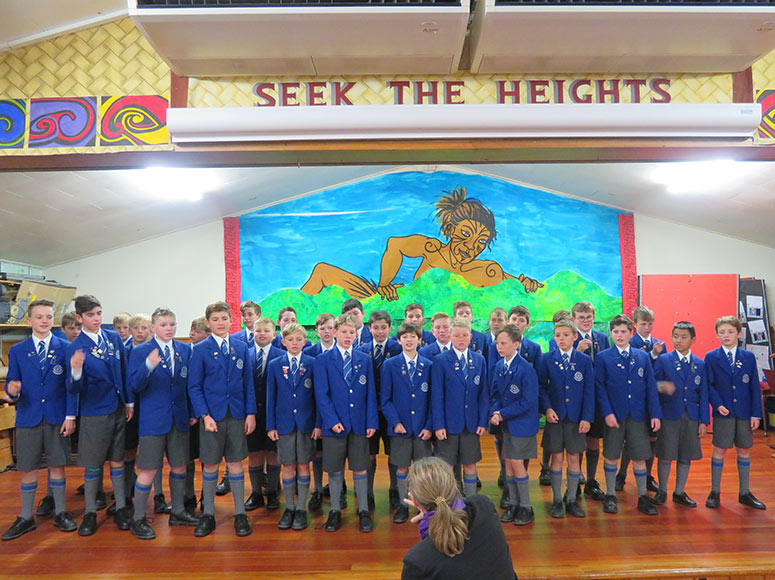 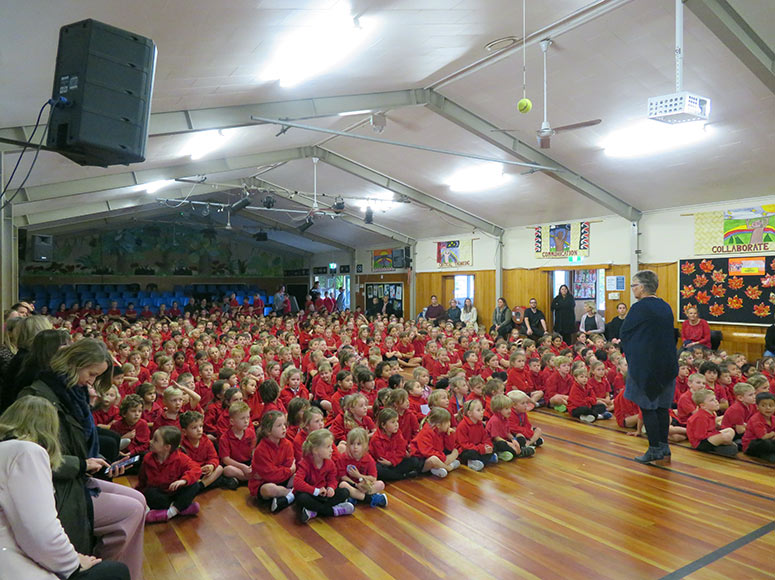 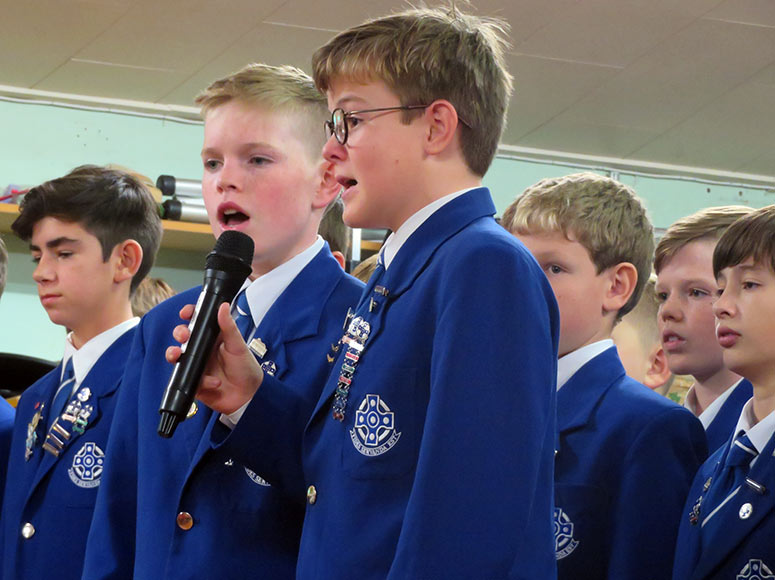 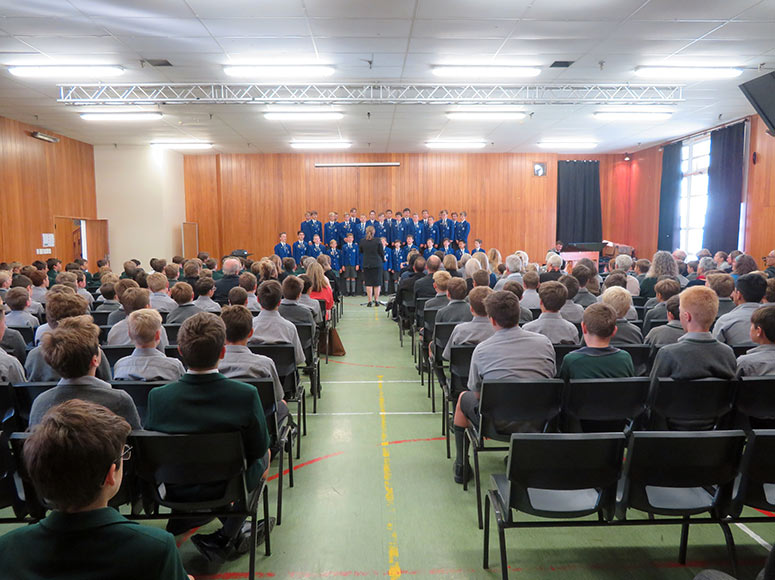 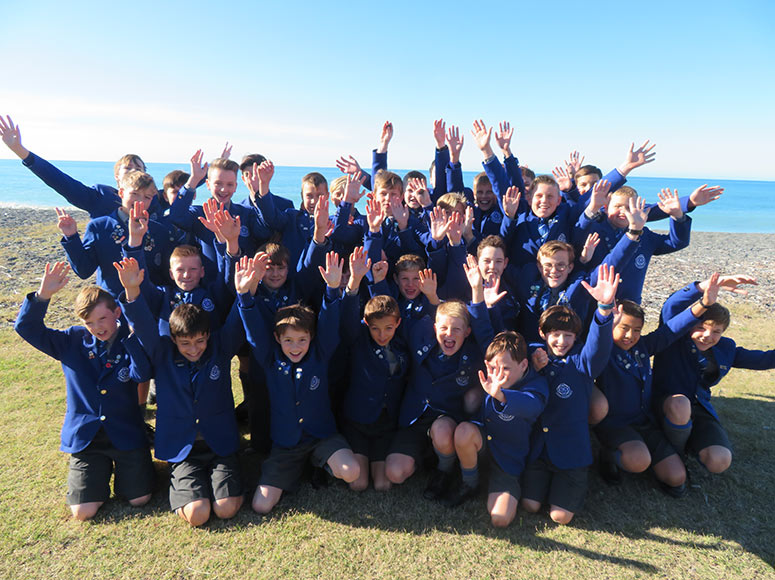 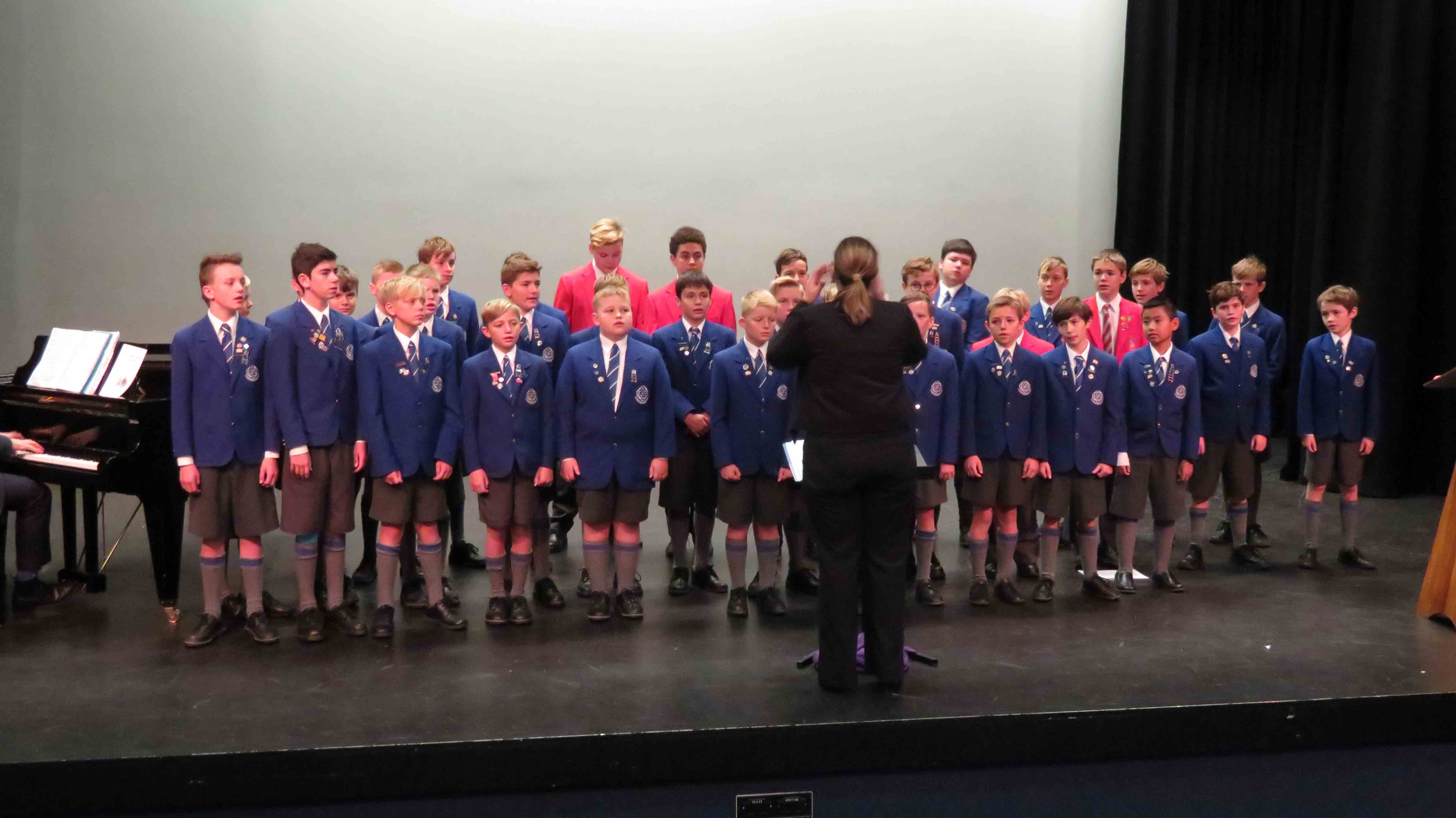