After a stellar season, going unbeaten in Auckland to be named regional champions and earn a spot at the Nationals, the Boys’ School 1st XI Cricket team headed to Christchurch with high hopes last week. The six best intermediate teams in the country had gathered for the National Primary Schools Tournament, to be played as a round robin over three days.

Spirits were high by the end of play on the first day, with wins over Tauranga Intermediate and Balmacewen Intermediate (Dunedin), which set them up with a superior run rate leading into day two.

The unseasonable weather that swept over the country this week brought play to halt on the second day of play. Facing Marton’s Huntley School, the game was sadly abandoned part way through due to rain. All eyes were skyward as the day progressed but disappointingly, the second fixture of the day, against Breens Intermediate (Christchurch) was also rained off.

With the rain having eased for the final day of play, the boys faced Wellington’s Raroa Intermediate for a crucial last game, however, this was first team to gain the upper hand on the boys all season! Out of the 17 games the boys have played this year, this was to be their first loss.

With all points tallied, Huntley School took the top spot. The initial disappointment of losing their last game was soon set aside when the boys discovered that their run rate was high enough to set them in second place, earning each player a medal as the second best intermediate cricket team in the country!

At the end of play, coaches Grayson Aspinall and Jonathan McInroy awarded captain, Brendan Meyer as their most valuable player. Brendan played well all season and as captain, made a lot of crucial decisions on the field. Brendan was also acknowledged for his excellent bowling skills.

The boys have had a fantastic season and can be proud of their performance. Well done boys! 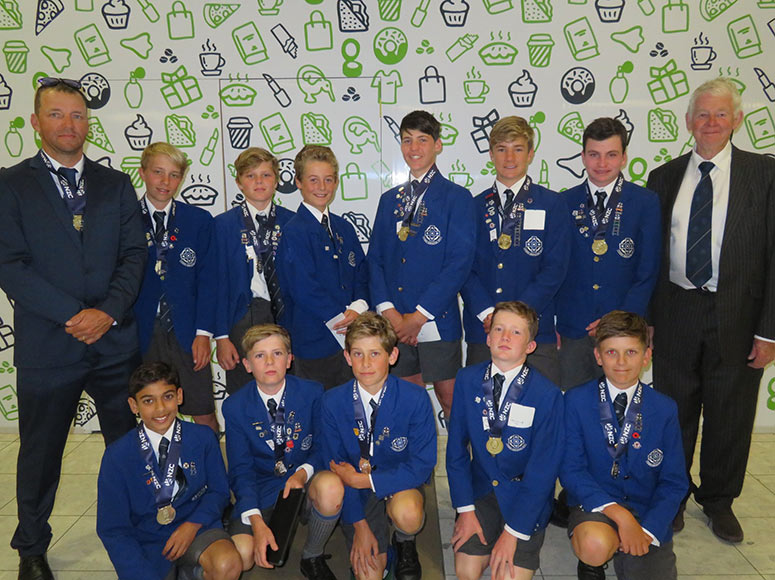