With thanks to Mr Simon Walker, Head of Biology

Biology is defined as the study of the living world and one of the best ways to do so is to voyage to Earth’s wildest places and observe life in situ.

During the July holidays, 27 of our senior Biology students and five teachers assembled for a once in a lifetime, two-week adventure to Indonesia; one of the most biodiverse regions in the southern hemisphere. As many of the species of plants and animals are endemic to the region and under threat from habitat destruction and climate change, one of the major aims of our trip was to work alongside scientists to collect data for conservation purposes.

The main research sites are in the Wallacea area, named after the famed English naturalist, Alfred Russell Wallace who was a contemporary of Charles Darwin and independently formulated the theory of evolution by means of natural selection. His work through the Malay Archipelago helped lay the foundations for many areas of modern biology, and it was a great privilege to walk a little in his exploratory shoes in the place that bears his name.

The expedition was divided into two parts, with the first week situated in a remote part of North Buton in Sulawesi and the second on the small island of Hoga in the Wakatobi region. Both these localities are off the beaten track and offered a fantastic chance to see how life abounds in the absence of much human activity.

After flying to the island of Buton, access to the forest camp required a fairly arduous trip. The six-hour car ride was followed by a one-hour boat ride which preceded a two-hour night time hike deep into the jungle! The sounds of the forest at night and the tropical climate made for a night to remember, with the remoteness and exotic nature of the surrounds palpable.

For the following week, we worked with a team of highly dedicated and passionate scientists as they collected data on all manner of flora and fauna. Our students were divided into groups to study bats, reptiles, birds, megafauna, butterflies and amphibians. During the week, they had a chance to climb high into the canopy and learn jungle survival skills from the local people. All of these activities were challenging and did much to develop our understanding of jungle ecology and its conservation. It also consolidated the physical and psychological abilities needed to undertake field biology - which are not to be underestimated! Wild animals do not live within urban limits, so to study them properly, there is a need to travel to their habitat and subject oneself to the wild!

We were incredibly lucky to have Indonesian guides who helped us find our way and supported us during our stay. The tropical jungle is a challenging environment, being very different from anywhere in New Zealand. To have such wonderful hospitality so far from home says much about the Indonesian people. The local people always waved and smiled as we travelled through the countryside.

Making our way from the jungle camp to the offshore island of Hoga was no different. Hoga is located in the coral triangle and is an important site for marine research in the Wakatobi National Park. We made the six-hour journey aboard a boat of classic Indonesian design, enjoying the sun and calm sea from the roof of the vessel.

During our week in Hoga, we received a mixture of lectures on the surrounding marine ecosystems and free-dived out on the surrounding reefs. The island is the remnant of a sea mount with an encircling reef structure abundant in marine life. Like all tropical ecosystems, there was a great deal of productivity which supports species diversity.

The research facility contains wet and dry labs maintained and organised by a team of dedicated biologists. Their primary interest is examining biodiversity and the effect of climate change on species composition. The effect of climate change and our influence upon it is of great concern as the marine ecosystems support a large, indigenous population. There are concurrent projects examining sponges, corals, invertebrates, fish and reptiles (the sea kraits). Humans are a part of the environment, as are all the other species, and as our habits and numbers change there are consequential effects. As we dived on the different reefs, it was easy to see the effect of over-fishing, pollution and coral bleaching. We have to first understand the predicament facing us if we are to make the right corrective steps.

This is why the study of the natural environment, be it the deep jungle or the coral reefs, is of such importance. Missteps are too easily made when ignorant, with knowledge the only sure antidote.

The biologists with whom we worked came from many parts the world. They were English, Dutch, American, Australian, Irish and some who had studied in New Zealand. They come together for the singular purpose of gaining a greater understanding of the natural world; so that we might do our part to preserve it for ourselves and those species with which we share this planet.

Our greatest thanks to all who were involved in making for such a memorable, remarkable and illuminating expedition; the students, the teachers, the scientists and the people of Indonesia. Terimakasi Indonesia. 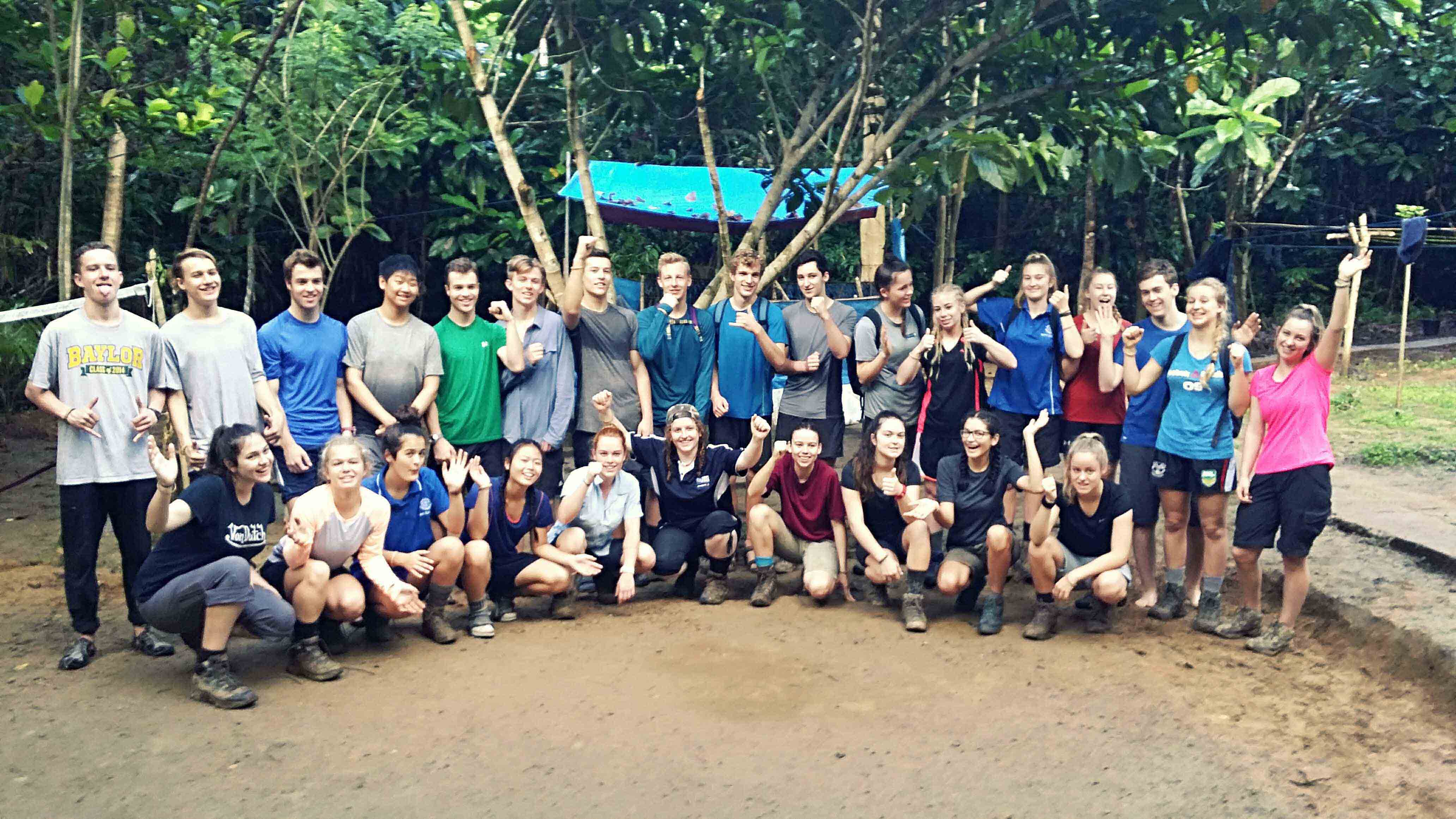 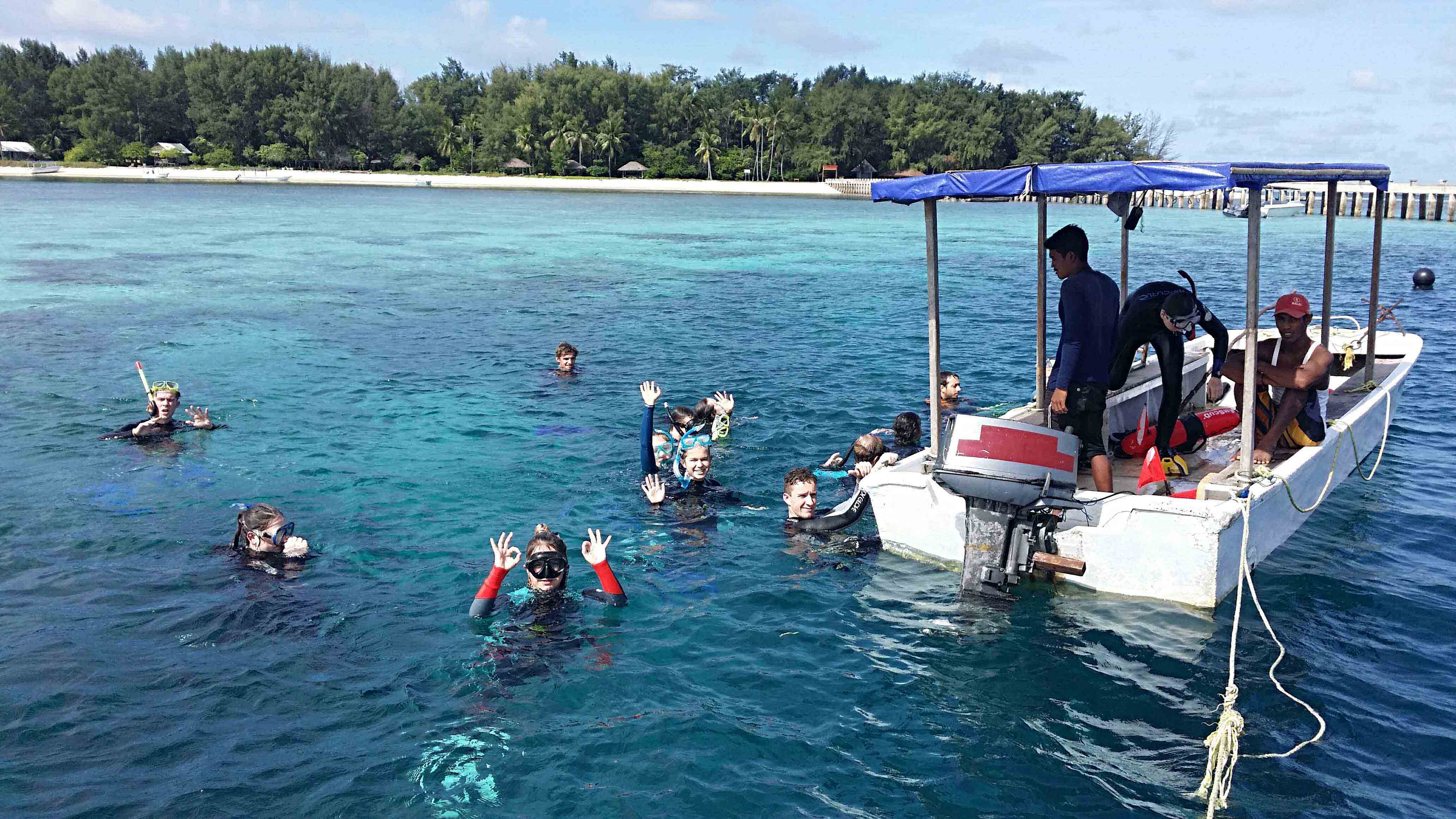 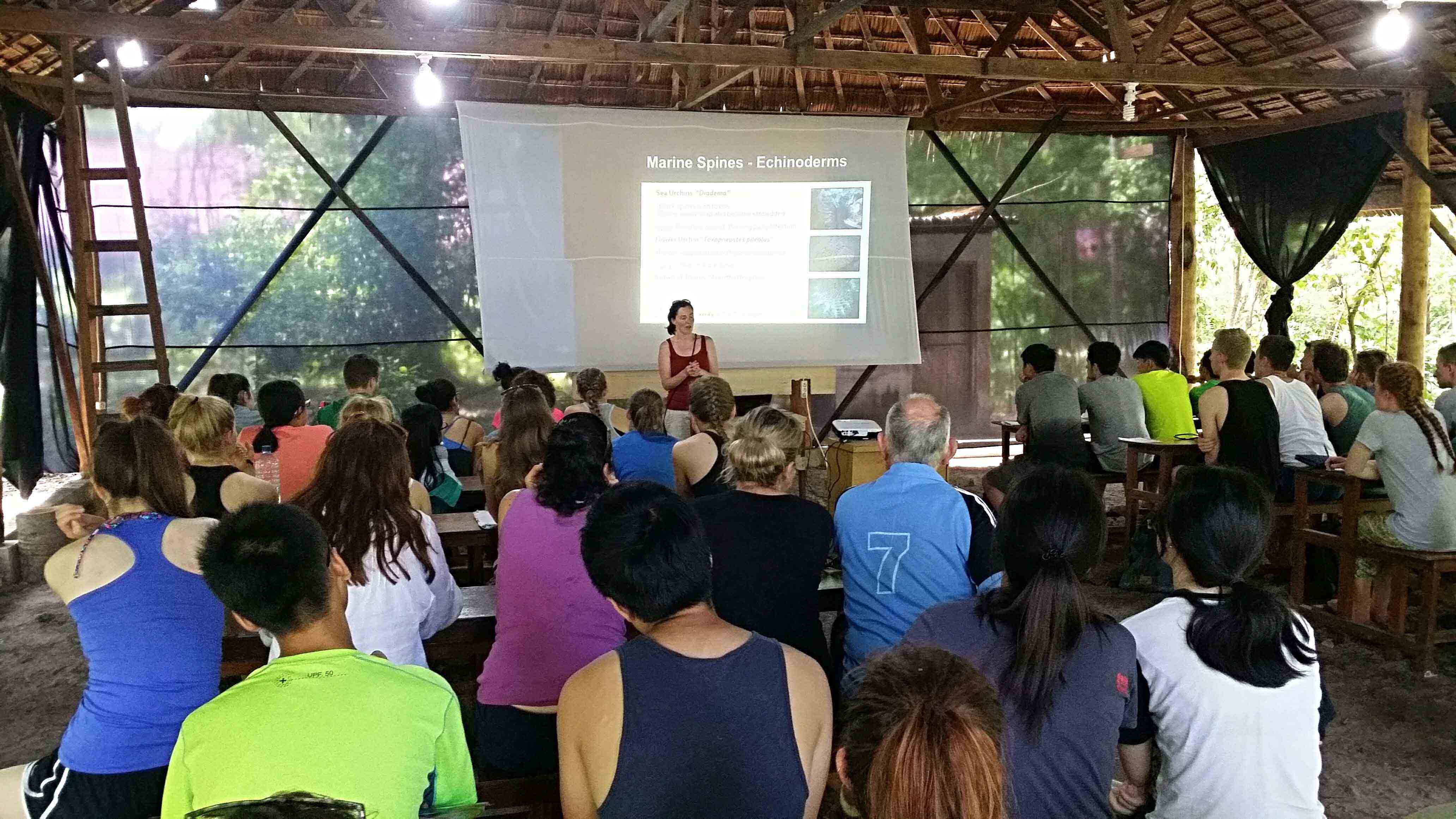 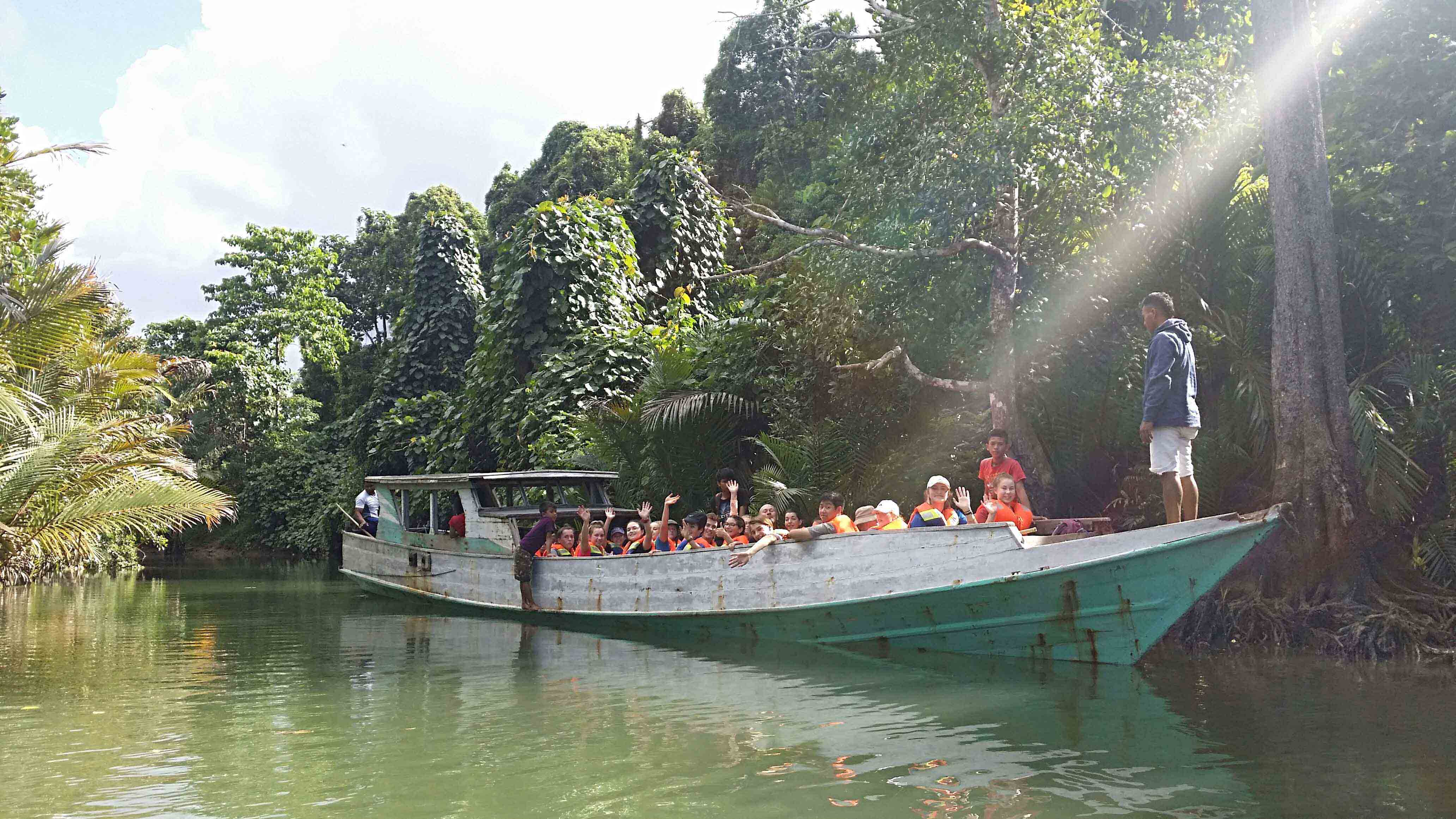 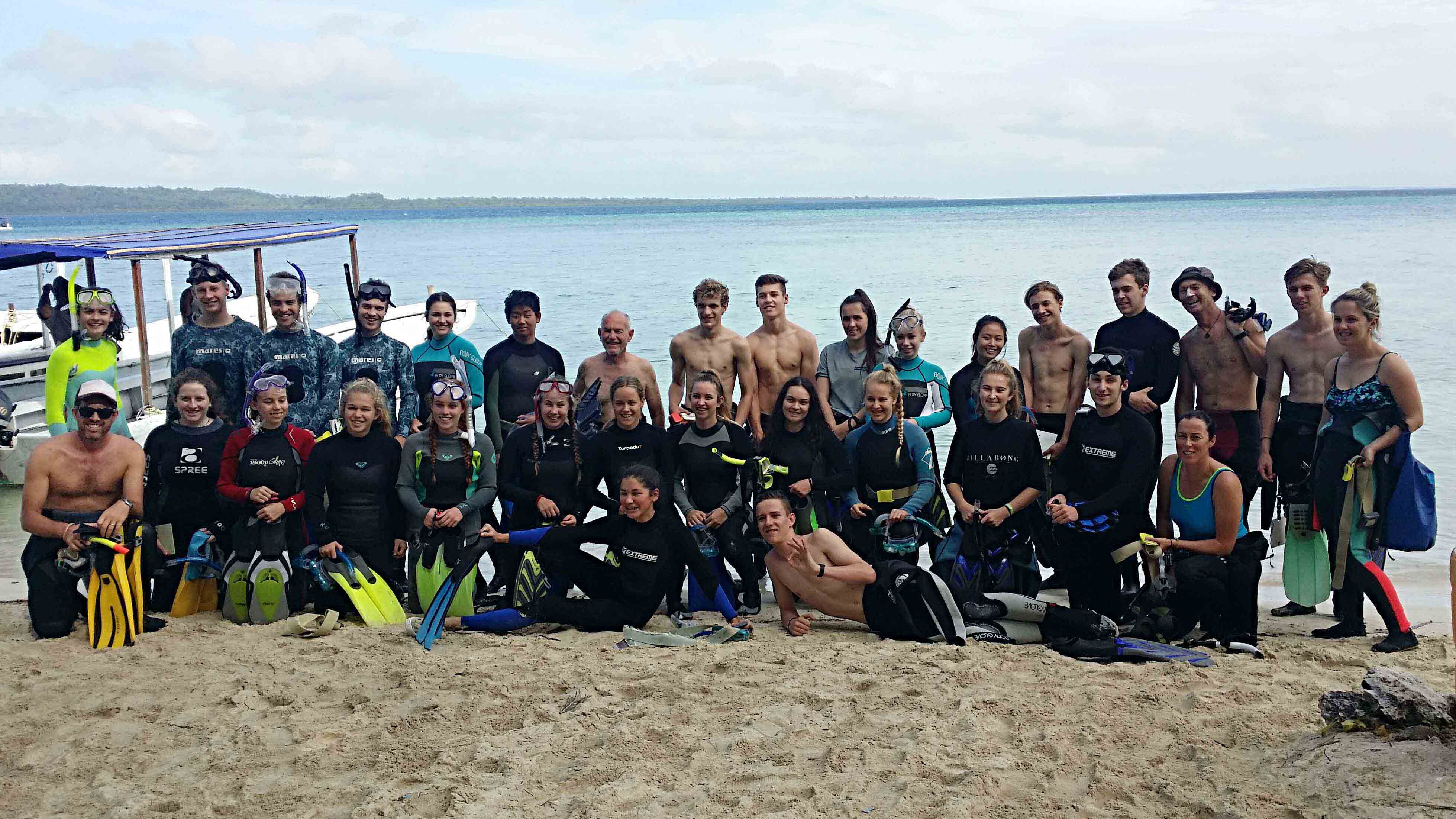 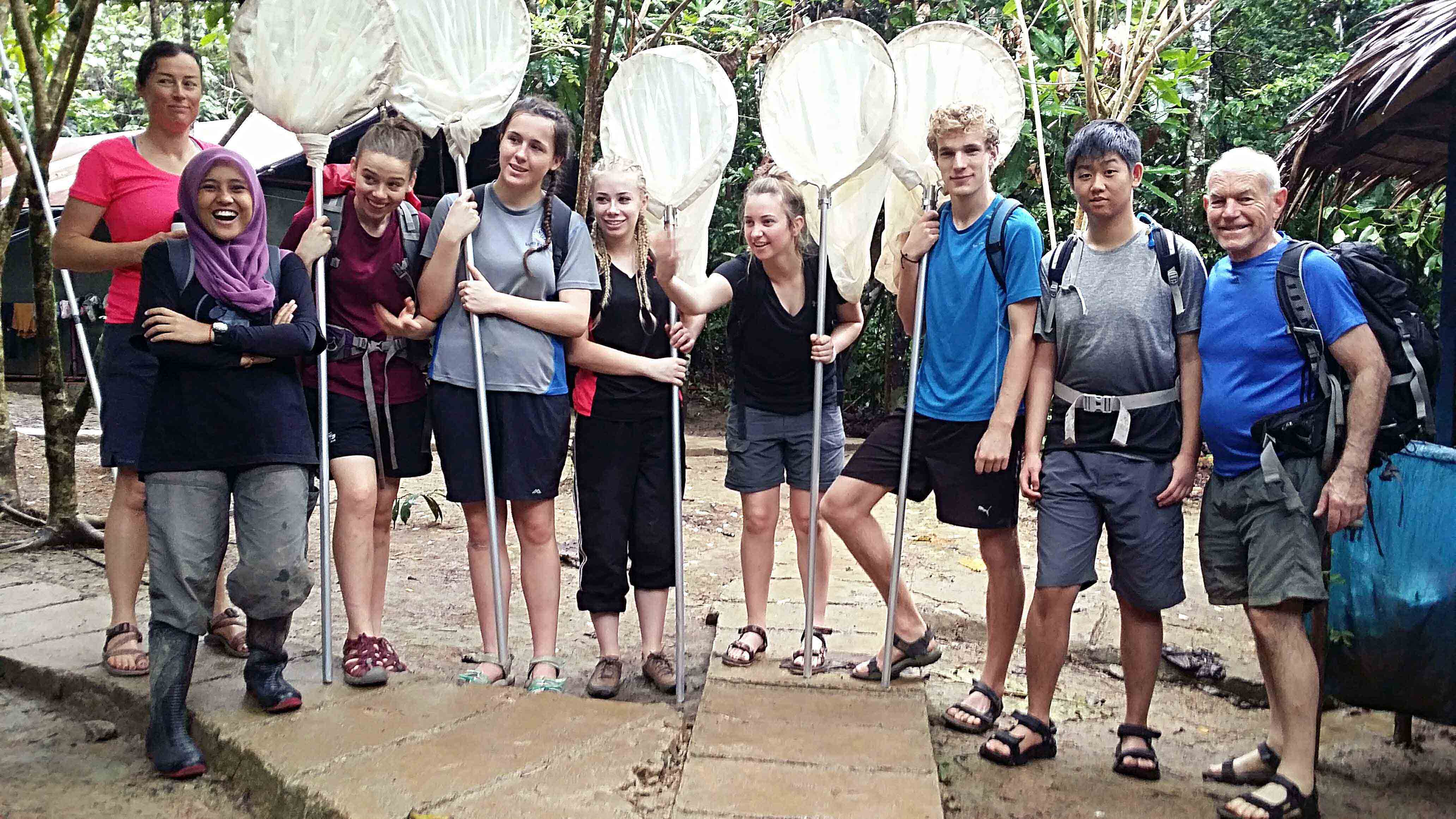 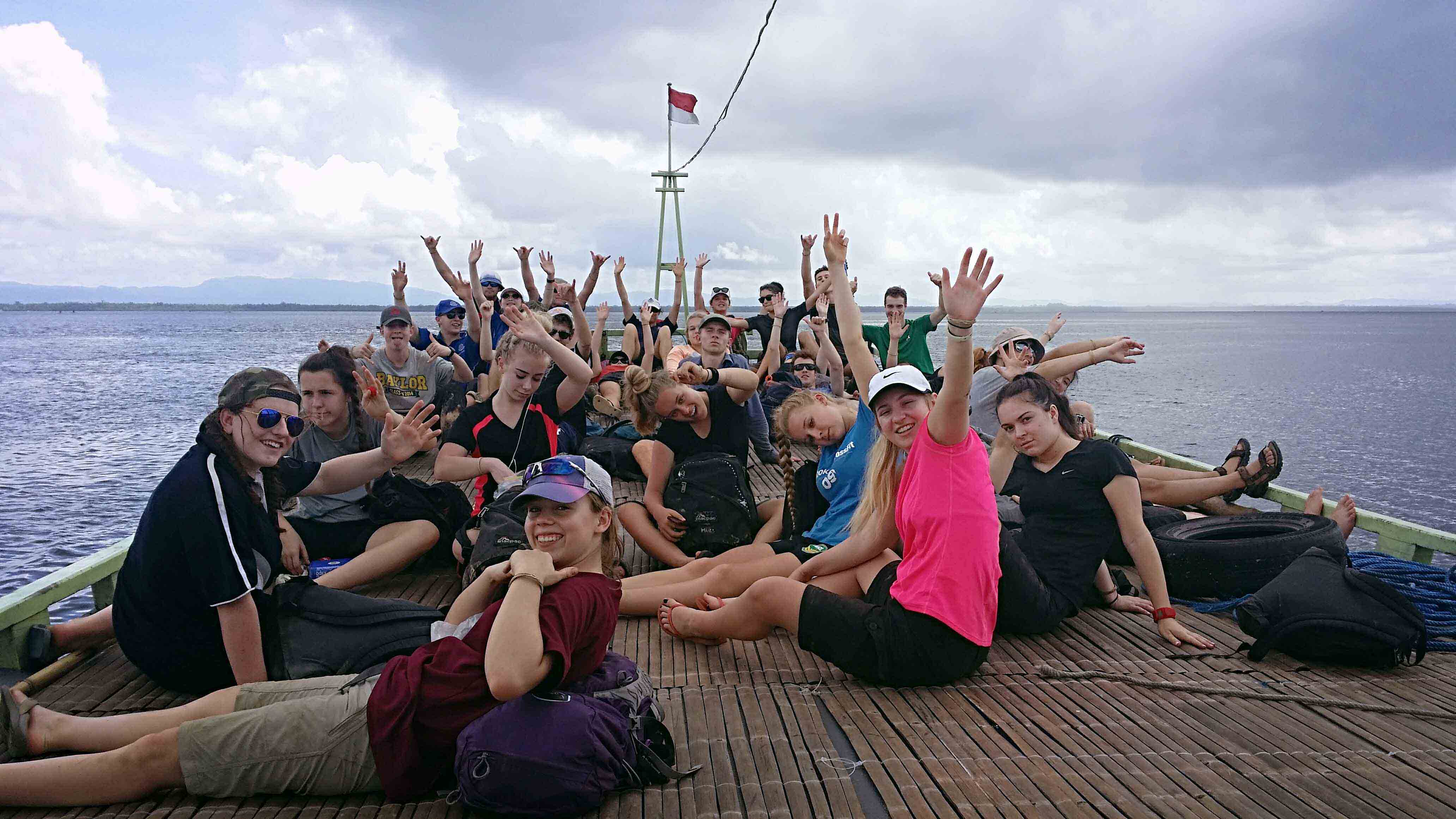