The College entered six pieces from the Bard’s plays including extracts from Othello, Macbeth, The Merchant of Venice, King Lear, and Antony and Cleopatra. Four of the pieces were student directed and two were teacher directed.

In each regional festival, one 5-minutes and one 15-minute piece is selected to represent the region at the National Shakespeare Festival in Wellington during Queen’s Birthday weekend. Saint Kentigern College won the ‘Best 5-minute Scene’ with Thomas Webster and Jack Horsnell student-directing a fantastic and imaginative piece from Macbeth set in the prohibition era when the Mafia was dominating Chicago.  The cast included Thomas and Jack, Nick Reidy, Callaghan Jones, Zac Attwood, Jacob Atwood and Sam Ashton. Congratulations to this talented and dedicated group of predominantly Year 11 boys, with Jacob from Year 7.

Year 12 student, Stephanie Ramlose won the ‘Best Overall Actor’ on the day and this means she has won direct entry to Wellington to participate in NSSP - the National Shakespeare Schools Programme, where she will have an opportunity to vie for a place go to The Globe in London in 2018. Also, Head of Drama, Mrs Jess Acheson’s piece won the ‘Best Concept’ for King Lear, being set on the set of the TV show ‘Hoarders.’ The College picked up three out of the six awards available on the day.

The Festival followed on from our own ‘Shake the Quad’ event last week, which allowed the students to perform their pieces to an audience before competing. Ex-tropical Cyclone Debbie managed to move on just in time, allowing the stage to remain outside on a refreshing Autumn evening. The audience lounged on cushions, wrapped up in their winter woollies, while enjoying Shakespeare’s plays in Saints Café Quad.

The Year 7-13 students have been rehearsing every chance they can get since the start of the term. The 41 drama students involved were a part of directing, prop and set making, costumes and acting.  The six scenes included Macbeth with a Mafia twist; Antony & Cleopatra with elegant red carpet overtones; The Merchant of Venice set in the 1990s – Clueless; there was a steampunk twist for Othello; and King Lear was based around the TV show ‘Hoarders.’

Teacher in Charge, Mrs Jess Acheson said the open-air performance created the perfect conditions for another successful Shake the Quad. She said, ‘The students performed a range of Shakespeare’s best scenes accompanied by a number of talented College musicians making it a real feast of Elizabethan Theatre. Students performed beautifully, and this was a wonderful opportunity for their parents and friends see them in action.’

Well done to all of those involved in both the Shake the Quad and the Sheilah Winn Festival and congratulations to our award winners. 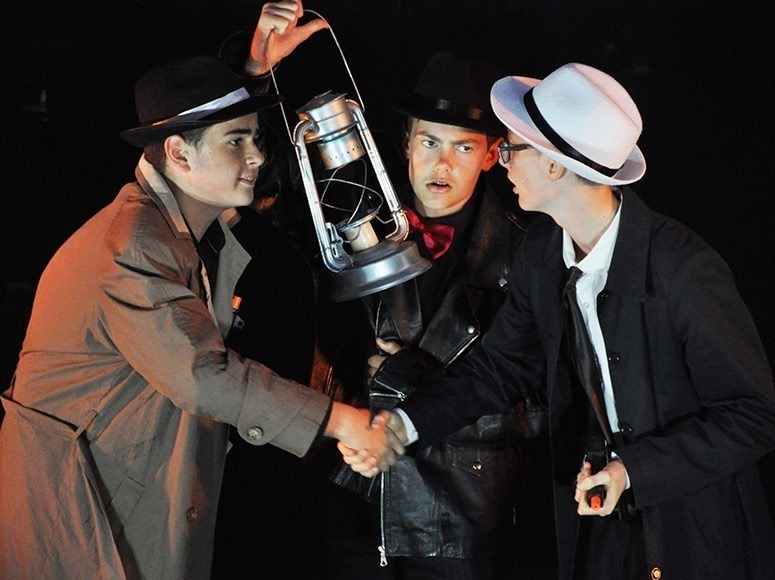 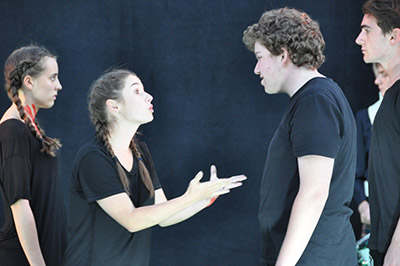 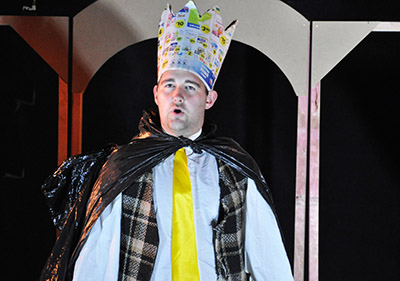 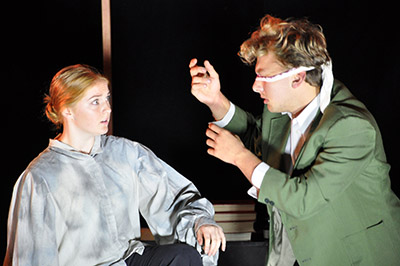