Theatresports has a huge following at the College with over 150 students playing in teams under the guidance of staff and several very committed Senior School student coaches. Despite the two Covid lockdowns, 2020 has been another very successful year.

Our Premier team regularly earn a spot at the Auckland finals and this year was no different as the team Peter’s Angels (Peter Wallace (captain), Danielle Mayer, Carlos Stone and Arwyn Stevens) worked their way through local rounds to be selected for the TYP Grand Final, held in our own Goodfellow Centre. After a stellar year of pushing all possible boundaries in creating new games, playing bold and daring Theatresports and refusing to conform to the improvisational norms of the past, Peter’s Angels were crowned 2020 Auckland Theatresports champions, convincingly defeating the reigning premiers Kelston Boys High, as well as Auckland Grammar and Northcote College. Well done!

There is an active interest in Theatresports from Years 7-10. This year the Year 9 and 10 competition was a highly competitive fun fest of zany improv comedy. With the final delayed until Term 4 because of COVID, and a tight tie breaker final, ‘Steve With No Boys (Malte Engelmann (Captain), Finn Mayer, Ben Mercer & Oliver Evans) became age group champions.

The Year 7 & 8 Theatresports Competition ran through Term 4 and was hilarious and well supported by a vocal audience. Worthy winners were the ‘Middle School Dropouts’ (Shelby Cooper, Poppy Ward, Annalise Cherrie, Katie Hannan. They travelled with runners up, ‘The Salty Pretzels’ (Olivia Hallett, Gemma Williams, Francesca Price, ​​​​​Kyna Chandra, Amelia Evangelidakis)​​​​​​​ to the Girls’ School  in Term 4 to compete against the Girls’ School and the Boys’ School in the ‘One Organisation Theatresports Championship.’ After a great event with a huge audience, the ‘ Middle School Dropouts’ were crowned Champions for 2020. 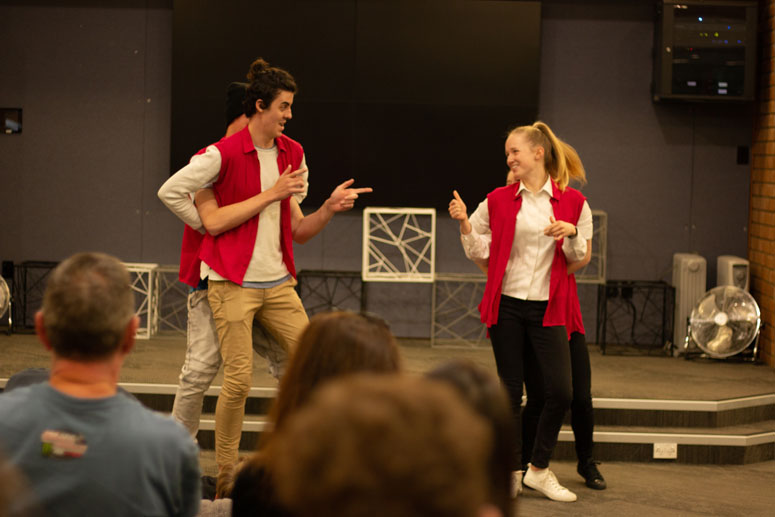 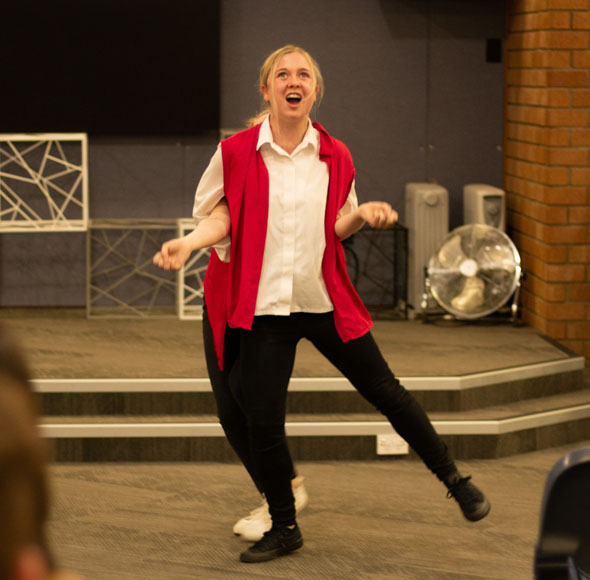 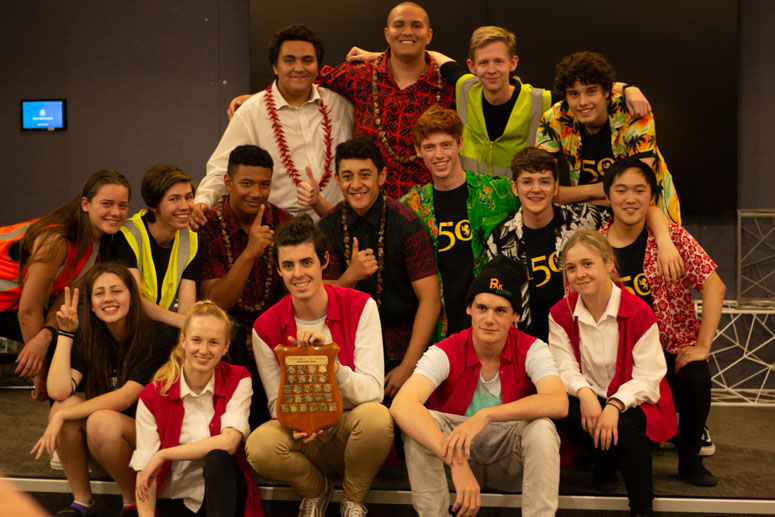