The impact of war, and especially the First World War, on New Zealand as a nation, has been great. It has fashioned our nationhood and is embedded in our history and culture. Sacrifice has always been a central theme to ANZAC services around the country, as we recall those who served in the many theatres of war over the last century. With reverence, we acknowledge the debt we owe to the many who fought, were wounded and, for a very significant number, failed to return to the shores of our country.

Every year since 1916, dawn services have been held on 25 April as a mark of respect for the fallen. Marking the time of the initial landings at Gallipoli on 25 April 1915, dawn holds the symbolism of darkness making way for the light of a new day. These services do not serve to glorify war but to honour the memory of those who, in time of war, faithfully served their country, many sadly paying the ultimate price.

Early this morning, as the sun began to rise over the Boys’ School, a large gathering from our Boys’ School, Girls’ School and Preschool communities, joined in remembrance for the fallen. In true ANZAC spirit, we welcomed students and staff from Geelong College in Australia, who are currently spending a week with our community.

In the early morning light, the Boys’ School Pipe Band played prior to solo piper, Charles Adams, piping the official party to the field. Representative students and staff from each of the Schools and the Preschool, along with Chairman of the Trust Board, Dr John Kernohan; fellow Trust Board members, Mrs Rosemary Harris and Mrs Kim McGregor, and Head of Saint Kentigern, Mr David Hodge, took their places with our choirs under flood lights.

Before Reverend Reuben Hardie made the call to worship, Boys’ School Principal, Mr Peter Cassie recalled the dark days on the Gallipoli Peninsula in 1915, when 2779 New Zealanders were killed during a bitter eight and a half months struggle which failed to achieve any military objectives  - yet left a powerful ANZAC legacy. Girls’ School Principal, Ms Juliet Small, followed, reading an ANZAC prayer calling for World Peace.

Students from each of the schools had a part to play in the service. Girls’ School Chapel Prefect, Anamia Rangihaeata led the opening Karakia and Head Girl, Jaime Chandler took the first reading. Boys’ School Head Boy, Will Ormond read the evocative Western Front poem, ‘In Flanders fields the poppies blow, between the crosses row on row’ before Year 8 soloist, Charles Adams bravely sang the first verse of the congregational hymn, ‘Abide with me.’ The Prayer of Saint Kentigern was led by Boys’ School Chapel Prefect, Cayden Lin-Vaile. We also enjoyed a performance of ‘The Band played Walzing Matilda’ by the Geelong College Choir.

Five wreaths were laid - one by Mrs Nash, Director of the Preschool along with preschoolers, Kayla Richardson and Finn Matthews; one by Ms Small with Head Girl, Jaime Chandler; one by Mr Cassie and Head Boy, Will Ormond; one by representatives from Geelong College, Josh Rowbottom and Luke Bird ; and the final one was laid by Dr Kernohan and Mr Hodge on behalf of the wider Saint Kentigern Community, both past and present.

The final hymn, ‘Sons of Gallipoli’ brought the congregateon and all three school choirs together as one. As the service concluded, Year 3 Student Adrian Chan was called on to deliver Binyon’s immortal lines ‘We will remember them’ from his poem, ‘For the Fallen.’

The service concluded with the ‘Last Post’ played by Thomas Davies, followed by silence as we remembered the fallen. 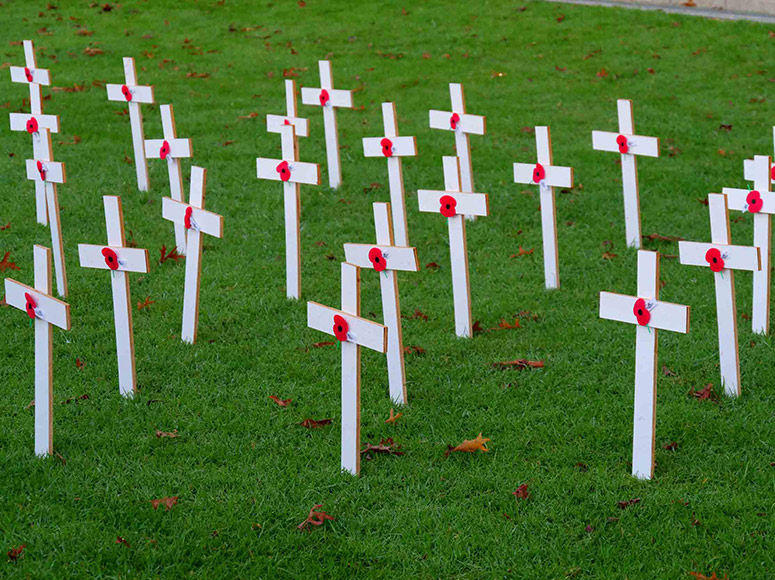 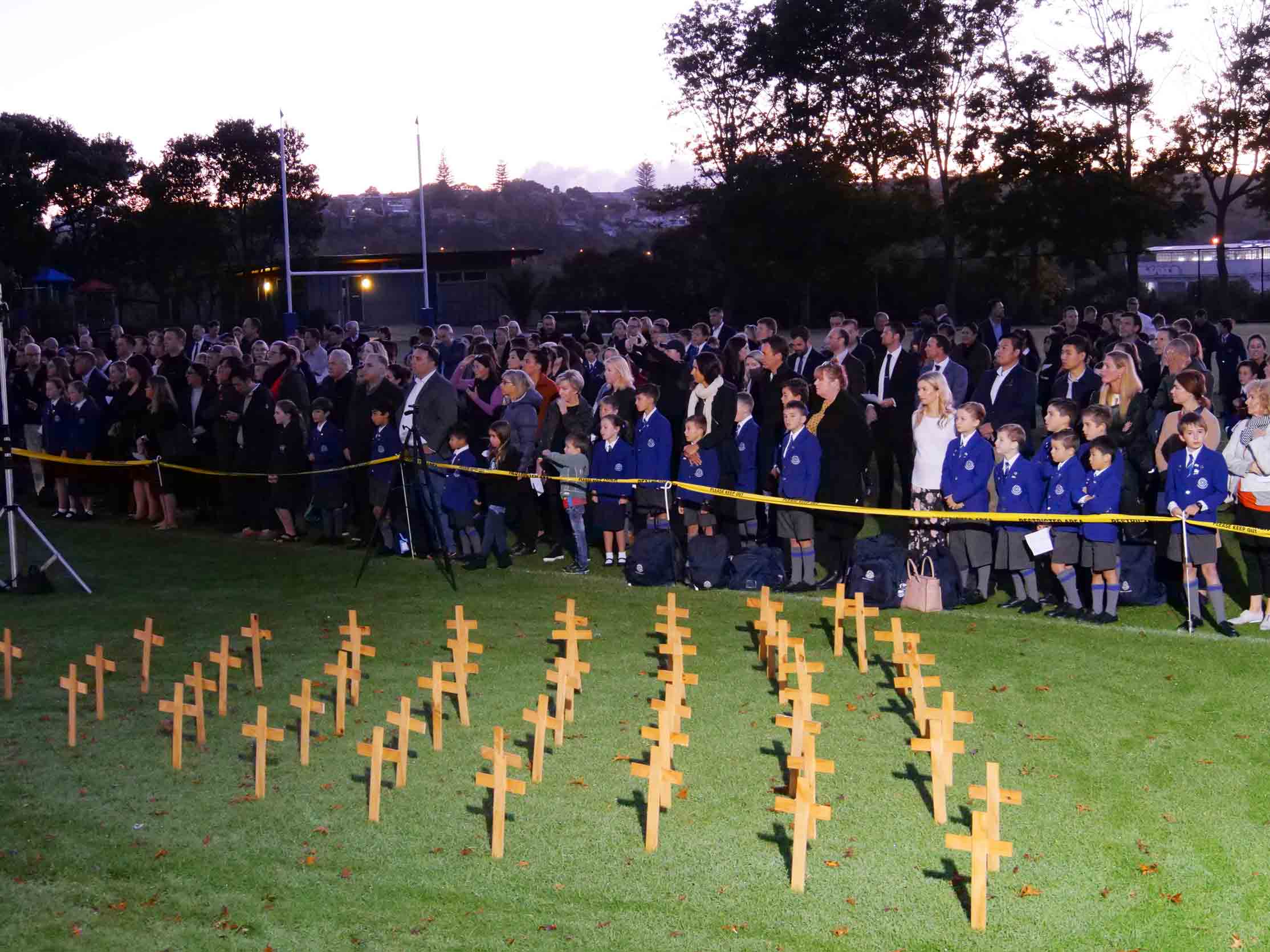 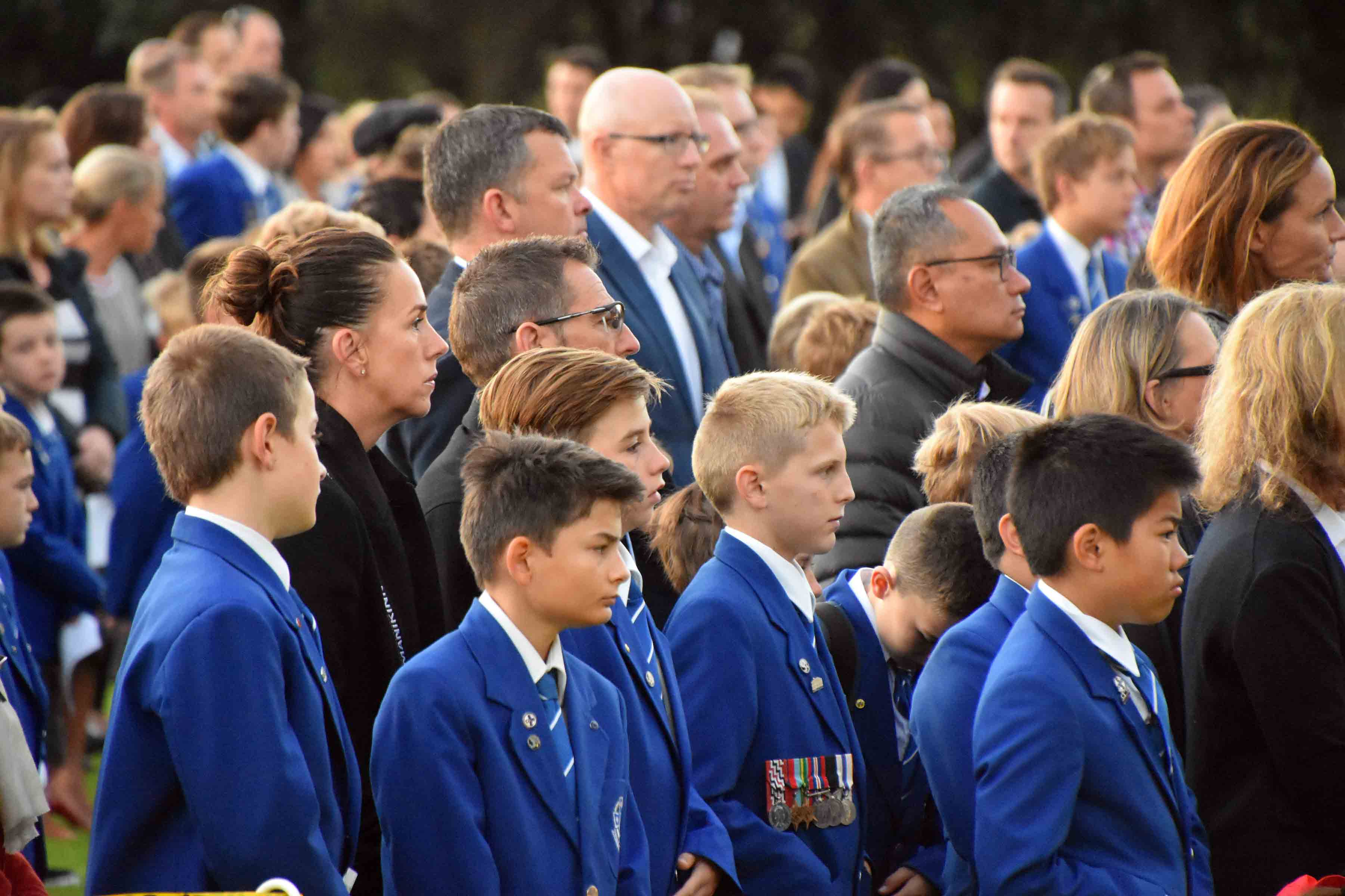 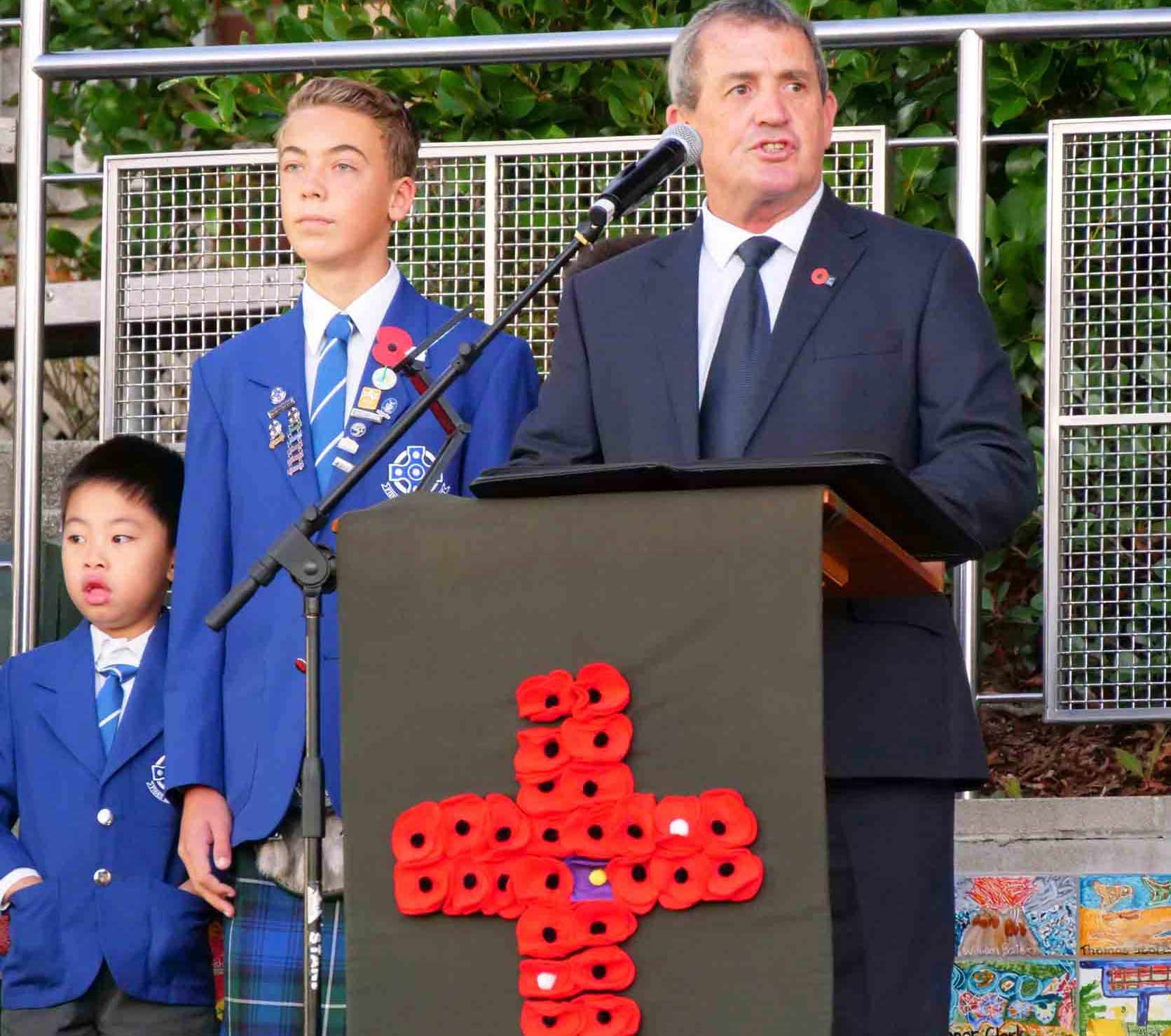 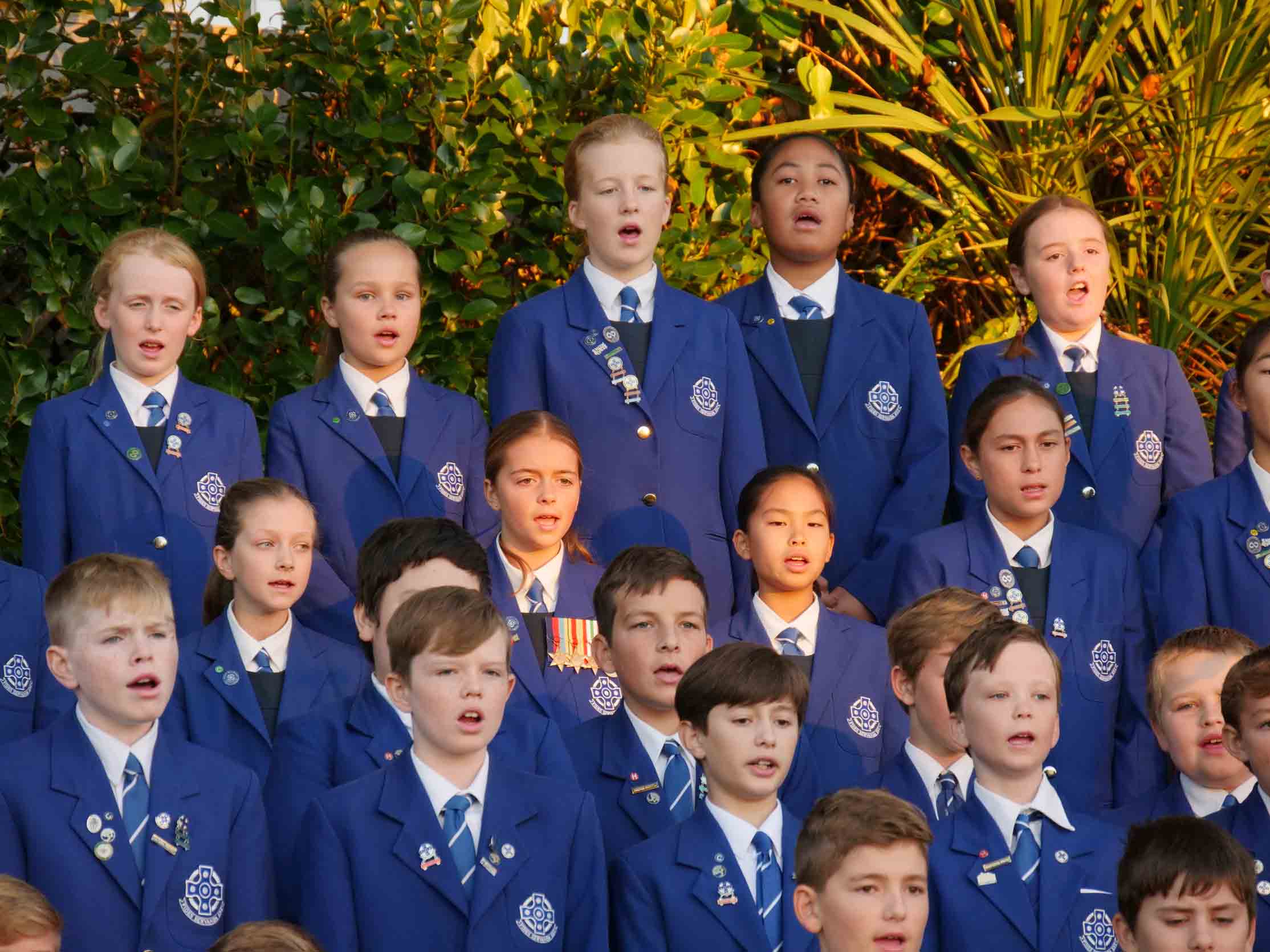