Now in its 22nd consecutive year, our annual Gaelic social gathering brought together young and old on Saturday for an evening of dancing, dining, tradition, pageantry – yet more dancing and a heap of fun! The Saint Kentigern Ceilidh is a truly family affair, attracting all age groups across the generations and whether blessed with a confident sense of rhythm or hesitant two left feet, the smiles were wide and the enjoyment evident as the evening got underway!

The Pipes & Drums first Ceilidh took place in 1996 as fundraiser to help boost the Band on its way to its first tour of Scotland the following year.  Since that first venture, the Band has travelled far and wide!  Having returned to Scotland another four times over subsequent years, along with a couple of trips to both Japan and Australia, this year they have a new destination in mind - Switzerland!

At the end of last year, following on from their performance at the Wellington-based Edinburgh Military Tattoo, The Pipes and Drums accepted an invitation from the Minister of the Federal Department of Defence, Civil Protection and Sport (DDPS) to take part in the Basel Military Tattoo in Switzerland this European summer. After Edinburgh, Basel is considered the next most significant tattoo in the world.  In four weeks’ time, the 26 strong Saint Kentigern contingent will travel to Europe; first stopping over in London to perform ceremonial duties at an Old Collegians’ reunion dinner in Mayfair.  They will then travel on to stay as guests of the Swiss Military for the two weeks of the Basel Tattoo, where they will form up with other Pipes & Drums from across the world for the Massed Band displays.

On Saturday night, our 2nd Pipe Band, including pipers and drummers from the Boys’ School Band, got the Ceilidh underway, playing in Elliot Quad, before MC for the evening, Principal of the Middle College, Mr Duncan McQueen, put his loud hailer to use, to inject some military precision to the chaos of a Grand March – the traditional means of entering. With instructions to ‘merge like a zip,’ couples entered the hall in fours, then coming together in eights and finally into lines of sixteen across Elliot Hall, in an amazingly smooth manoeuvre as ‘returnees’ shepherded ‘newbies’ across the floor.

When Wee Jock’s Ceilidh Band struck up, few could resist the urge to take to the floor for the dancing. Encouraged to hear there was ‘no right or wrong way, it’s all about participation,’ our guests quickly came to learn that they did need to listen for instructions! It was fabulous to see the College prefect team and fellow students, right down to the youngest from the Boys’ School, joining in on the floor and seeming to thoroughly enjoy it all. Meanwhile, three of our students were also playing in Wee Jock’s Band - Owen Fan and Adam Perry on accordion, and Esther Oh on violin.

Prior to dinner, our drummers stepped up to the front to give an amazing display of precision drumming before the guests were all upstanding and their glasses charged as the haggis was piped in, addressed and toasted. This year, Year 12 student, Fraser McEwen gave a brilliantly animated recitation of Robbie Burns’ ‘Ode to the Haggis’ before said haggis was placed on the dinner table for all to try. The annual Haggis aficionados’ discussion then got underway with this year’s ‘brew’ passing muster!

During the evening, James Milner, Jack Frewin, Lewis Hoggard, James Little and Cameron Dean took the floor to pipe and were superb in their delivery, as were supremely confident solo singers, Amelia Elliot and Venice Qin.

At its heart, the Ceilidh is a traditional community event which attracts grandparents, parents, friends, staff and students who all look forward to a great meal, entertainment, traditional Scottish country dancing and a good sing along. But it’s also a fundraiser! In addition to his duties as MC, Mr McQueen was also a most persuasive auctioneer! With a demonstration of how to ‘blow the dust off your sporran, pull out your wallet and use it,’ a lively auction got underway. Our sincere thanks to those who raised their hands to bid!

After much fun and laughter, the evening concluded with thanks from Head of Senior College, Mrs Suzanne Winthrop, followed by guests joining crossed hands in a circle for a final, spirited ‘Auld Lang Syne.’

If laughter is a good measure of success, then the Ceilidh surely succeeded, providing an evening of fun-filled entertainment, mixed with a fine meal and a surprising amount of exercise!

We would like to sincerely thank the parents and staff on the organising committee to create such a fantastic evening. The Pipes and Drums would also like to express heartfelt thanks and appreciation to our sponsors who generously donated goods for the auction, and to those who bid on the night. We wish the Band well as they head to Switzerland and look forward to hearing about their travels!

THE BASEL TATTOO
The Basel Tattoo is presented annually at the historical barracks in the heart of Basel, on the banks of the Rhine. It is recognised internationally as one of the largest Tattoos in the world and will be seen by around 120,000 people over a dozen shows.  Being situated in the centre of Europe, it attracts spectators from other countries such as France, Germany, Italy, Norway, the Netherlands and the United Kingdom. It is widely televised and there is also a street parade which attracts over a 100,000 people who watch the Tattoo cast join with other local bands to march through the historic city.

Joining the 1000 strong cast of this military tattoo requires stringent standards of musical competence, foot drill and turnout, and also a willingness to put in long hours of hard work in the pursuit of an expected excellence. This is an exceptional opportunity for our Pipes & Drums to represent Saint Kentigern on the international stage and to be a part of something quite unique. 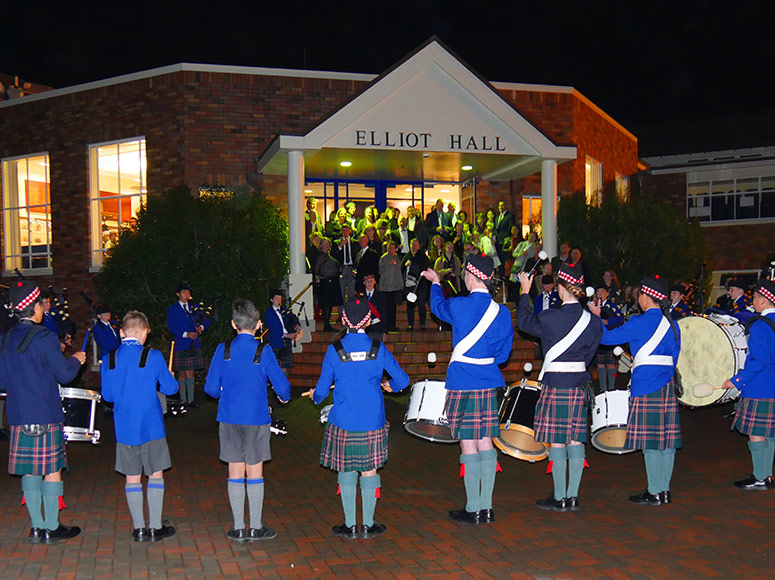 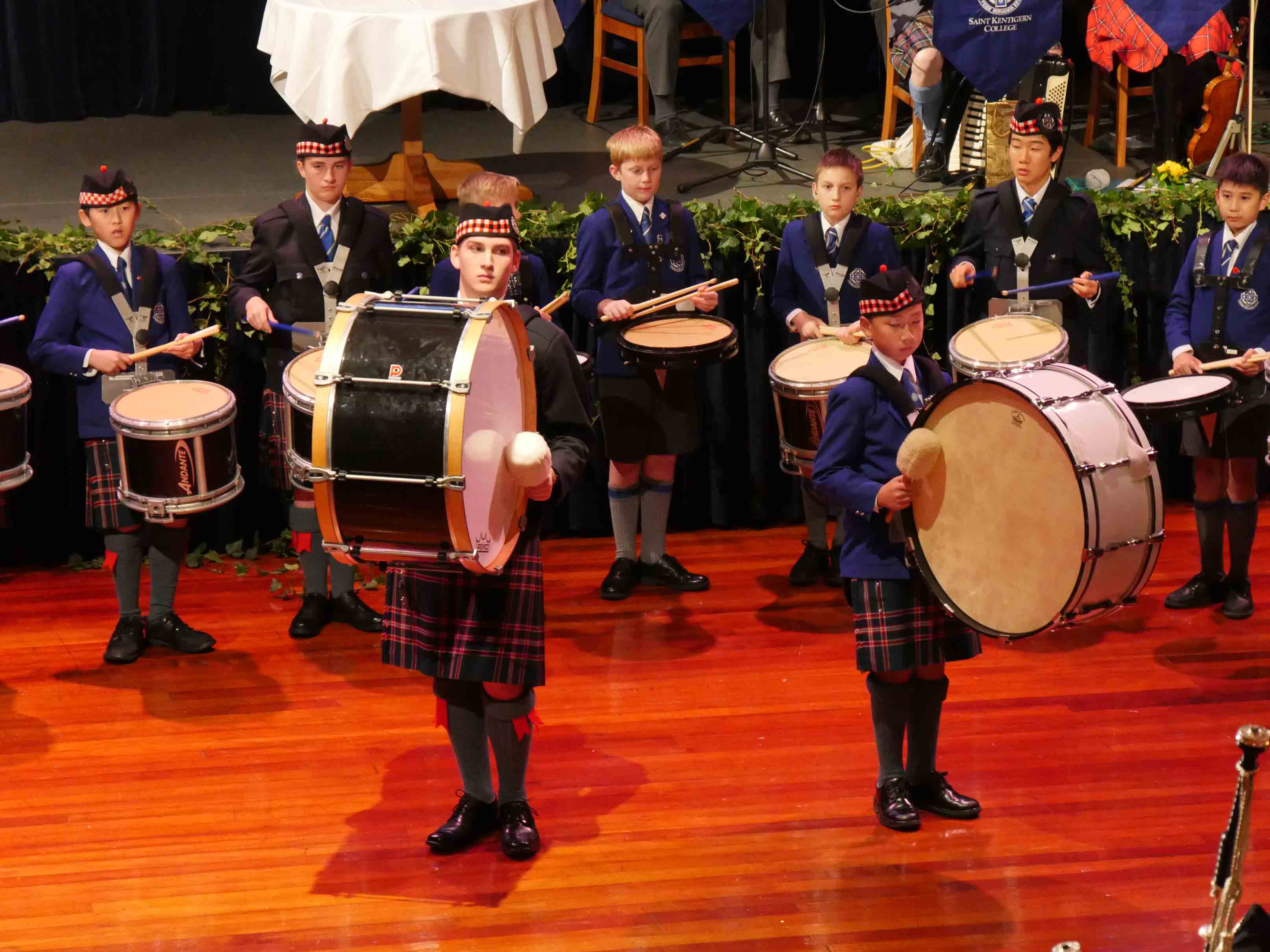 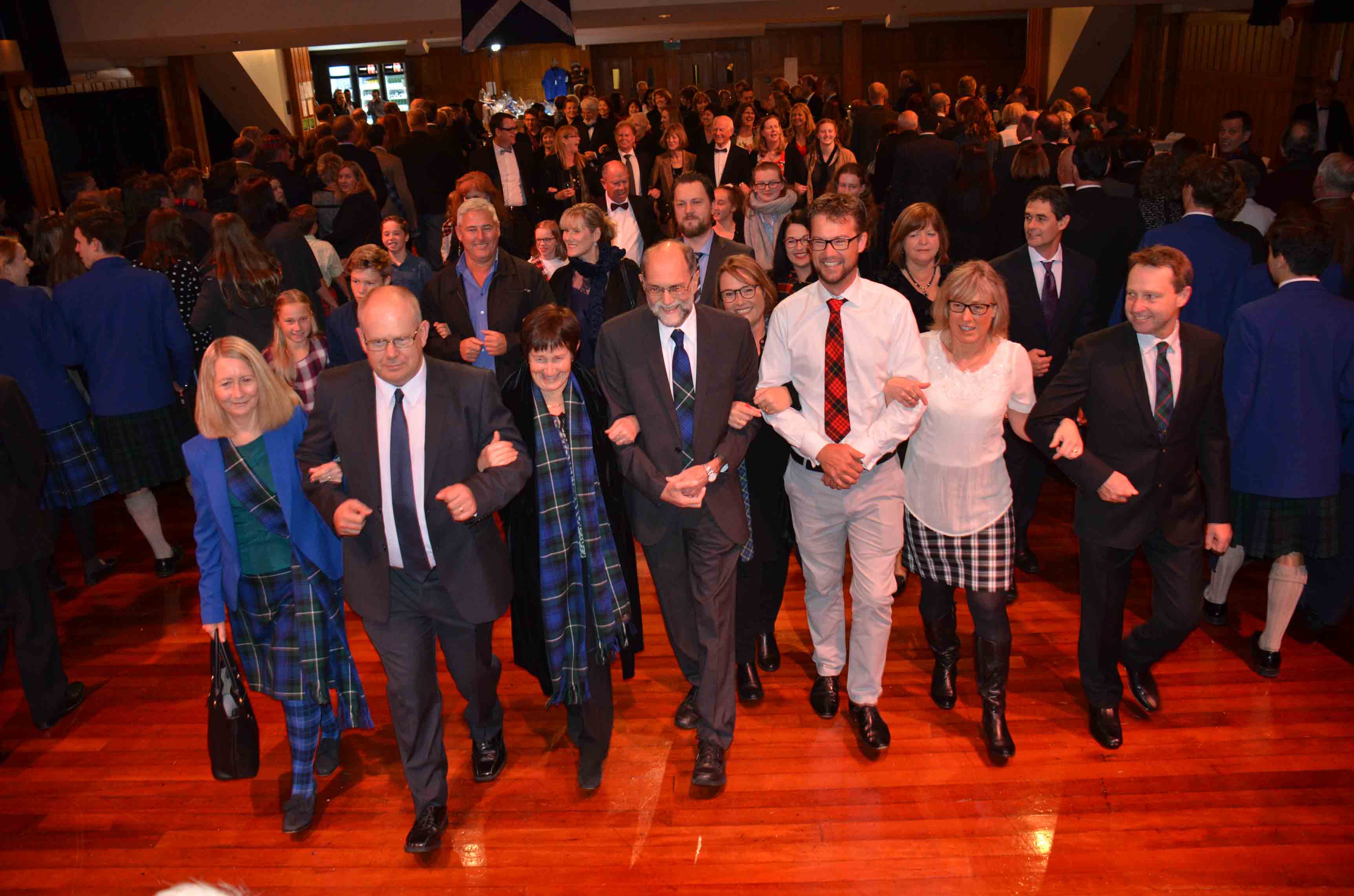 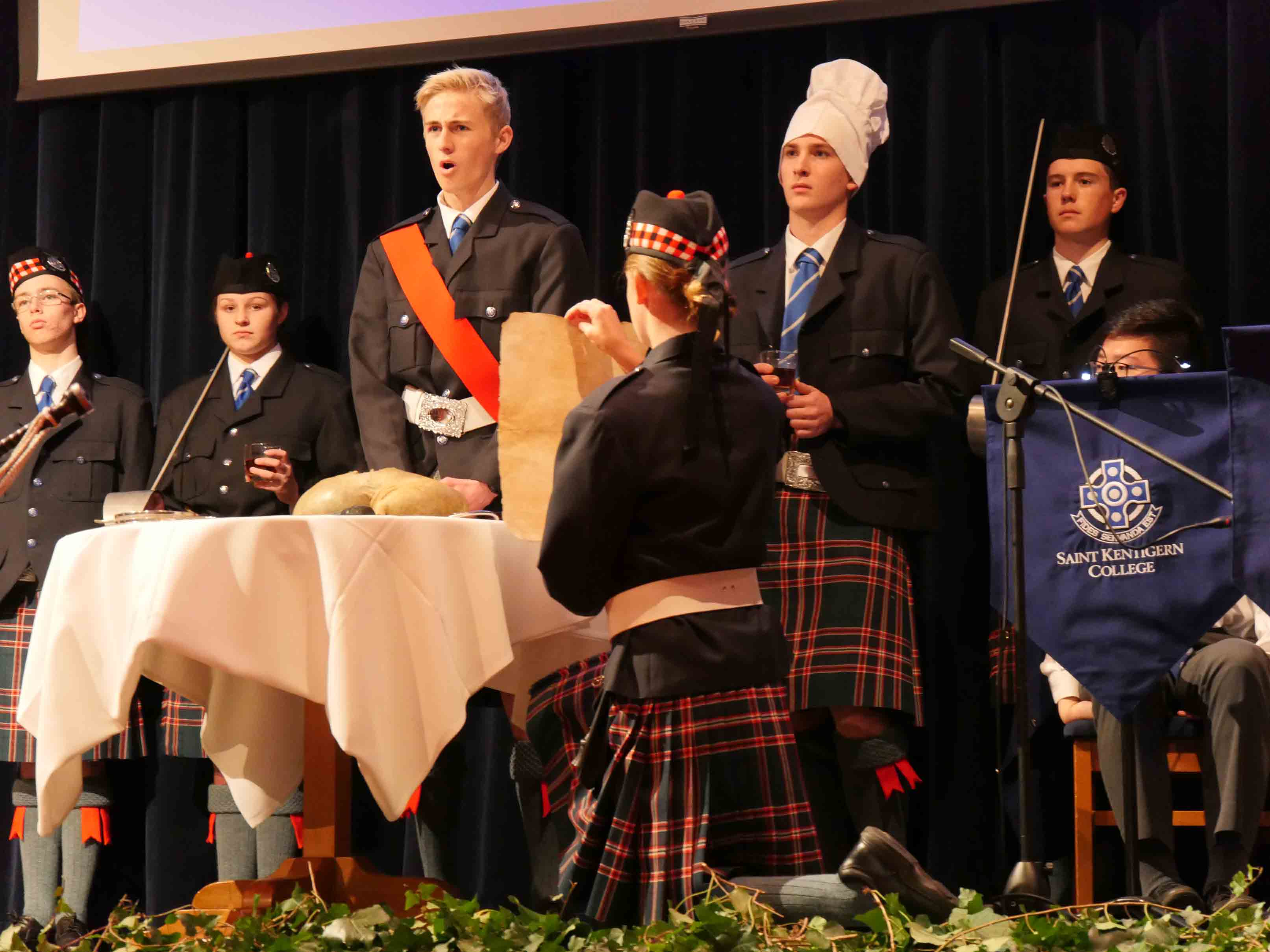 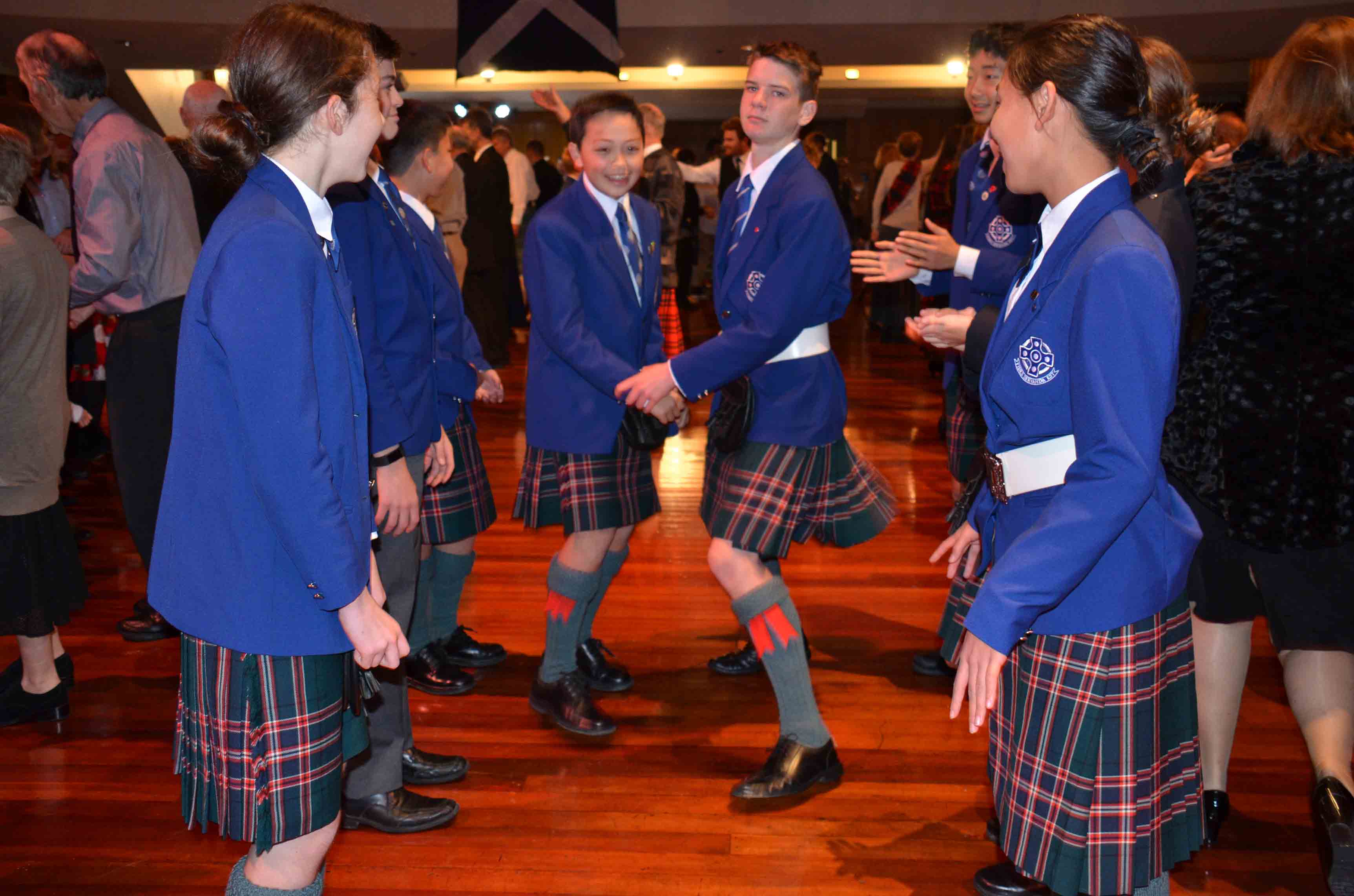 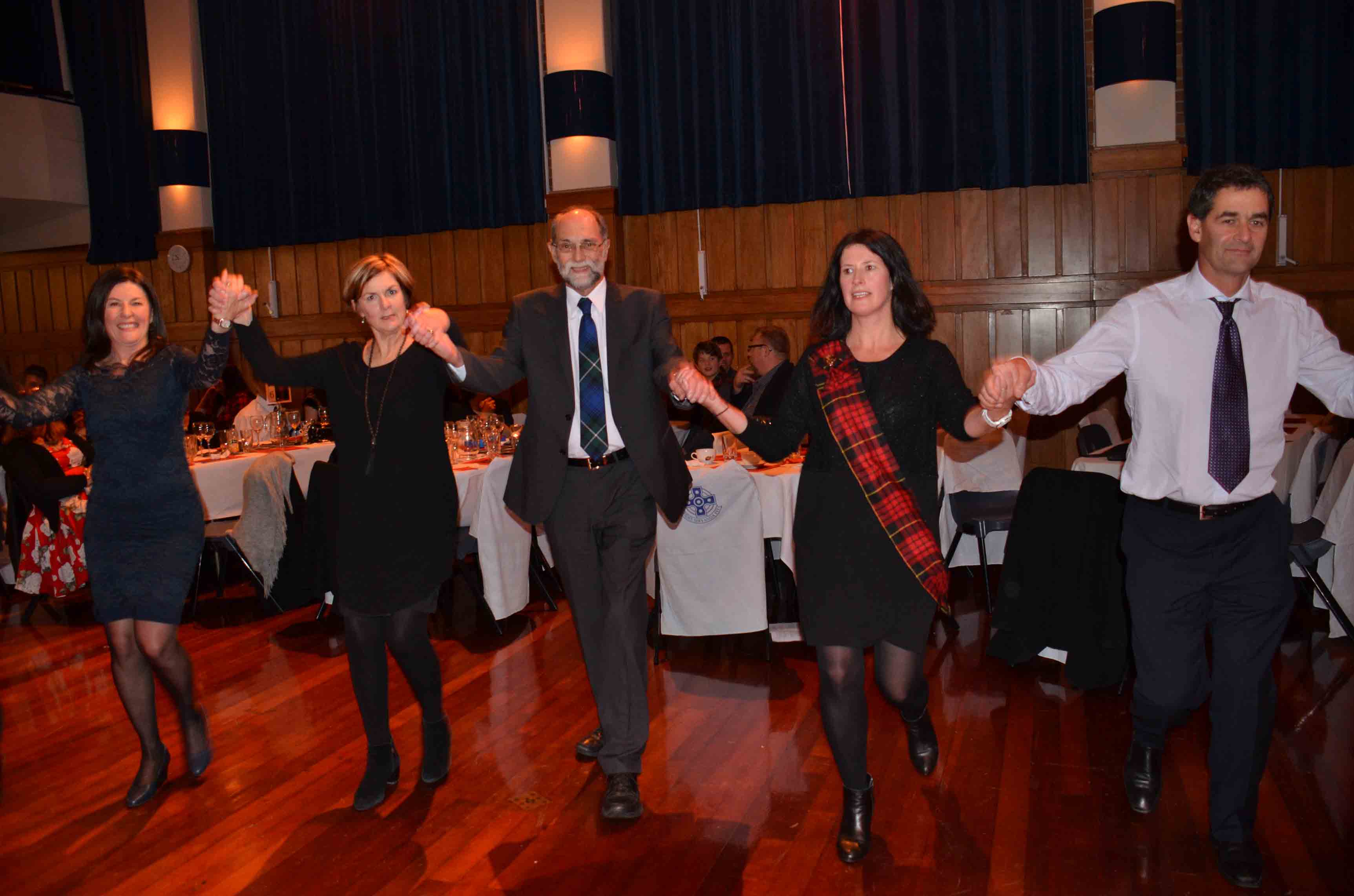 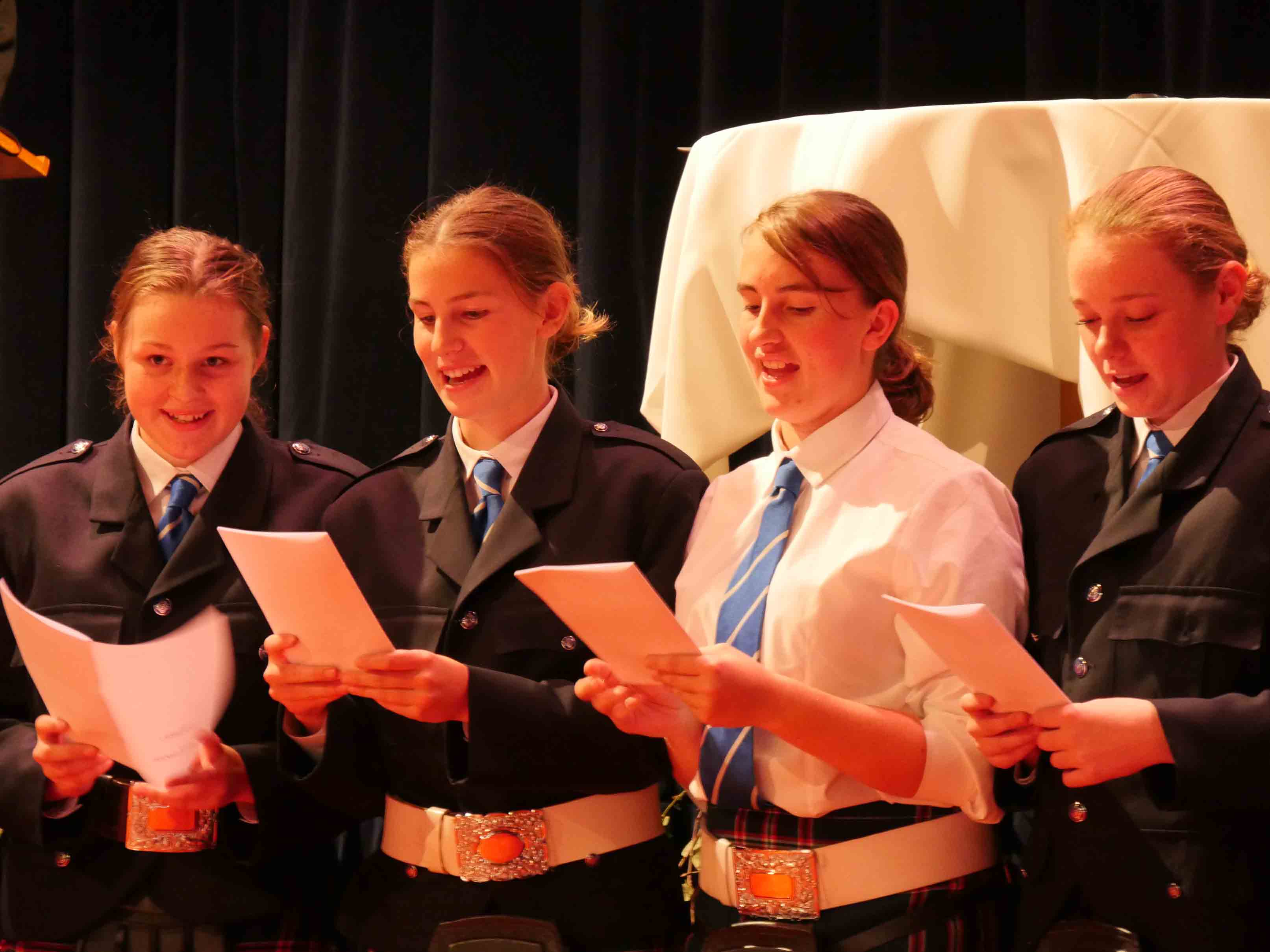