64 Medals at the AIMS Games!

Three of our schools, the Middle College, Girls’ School and Boys’ School entered teams in basketball, football, futsal, hockey, netball, waterpolo and hip hop, as well as entering students in individual codes such as, swimming, tennis, yachting, golf, gymnastics, cross country, badminton, rock climbing and BMX. In some instances, players from the Boys’ School and Girls’ School joined with those from the Middle College to form the strongest combined squads.

As play came to a close on Friday, our young sportspeople can be proud to have delivered a combined total of 64 medals!

The first medal of the games came from the Middle College Hip Hop team with the girls collecting silver. Dressed in eye-catching orange, the girls gave an energetic, well-executed performance to catch the eye of the judges. Well done to this group of Year 7&8 dancers.

Year 8 Boy's School student, Tim Howse continued the medals. Sailing as part of a team of 4, he finished in 2nd for the Year 8 Boys, and 3rd overall in a fleet of 78 sailors, earning a silver and a bronze. Tauranga Harbour is a notoriously tricky place to sail, with tricky tides, cold temperatures and variable winds all challenging the sailors. Tim displayed exceptional maturity on the water to earn his place on the podium.

Year 8 Girls’ School student, Sacha Earnest has been burning up the track as a BMX racer for a number of years with success at home and internationally, so it was fantastic when she added two gold medals to the haul at the AIMS Games! Sasha stormed into 1st place in the Time Trial and the Individual Race.

Success continued for the Boys’ School on the tennis courts. From a field of 64 individual competitors, Lev Gorb placed 3rd in the singles and, along with Dawson Parekowhai, placed 2nd in the doubles. Their combined points placed them as the 1st school overall! Another three medals, one bronze and two silver and the Cup!

The biggest haul came from our swimmers, with Girls’ School Year 7 student, Alexandra Campion making seven individual finals and placing in five of them. Including success in the relay races, she gained a whopping seven medals and broke three personal bests – bronze in the 100m IM, 50m Breast and 100m Breast and silver in 100m Back and Free Relay and IM Relay. Year 7 Boys’ School swimmer, Mark Galloway also collected a haul in the pool with a total of four medals. He made six individual finals, gaining a podium place in three of them with personal bests as well as a relay medals to complete his collection. He earned silver in the 50m, 100m and 200m Back with further silver in the IM Relay. Thomas Hunter (BS) and James Cosbie (BS) joined with Alexandra Campion (GS) and Sunny Sun (MC) to gain silver in the Free Relay while Jackson Kennard and James Cosbie joined both Alex and Mark to gain silver in the IM Relay.

The last day of the games saw the final showdown in the team sports. The Boys’ School Waterpolo and Futsal teams and the Combined Middle College/Girls’ School Football team had all made it through to the finals!

The Football girls were first to finish with their game going right to the wire. After 11 matches with 9 wins and two losses, their final game was lost on penalty points, 5 to 4, at the end, having put up a brilliant fight throughout the tournament!

Last to compete were two Boys’ School teams that both came home with gold! With 26 teams in the competition, the Waterpolo team took to the water ten times during the course of the week, beating every school they came up against – some by significant margins! They faced Rosmini in the semi-finals winning 8-1 and then took on Mount Maunganui in the final bringing their gold winning performance to win 4-2.

At the same time, the Boys’ School Futsal team were facing their final game. There were a whopping 44 teams in this competition! The boys beat five of the six teams in their pool play, drawing one game against Fairfield, and went on to beat Marion Catholic School 3-1 in the semi-final. The final against John Paul College was a nail-biter that the boys squeaked in one goal to win 1-0 for their gold medals!

Well done to all the students taking part, especially our medallists! Whilst coming home with medals is fantastic, the AIMS Games, for these younger students, is as much about taking part and experiencing a taste of competition away from home, which was a first for many. It has been reported back that our students were exemplary in their behaviour and it didn’t go unnoticed. Well done for sporting our blue and white with pride!

Our sincere thanks to the staff and parents who accompanied the students for their time away. 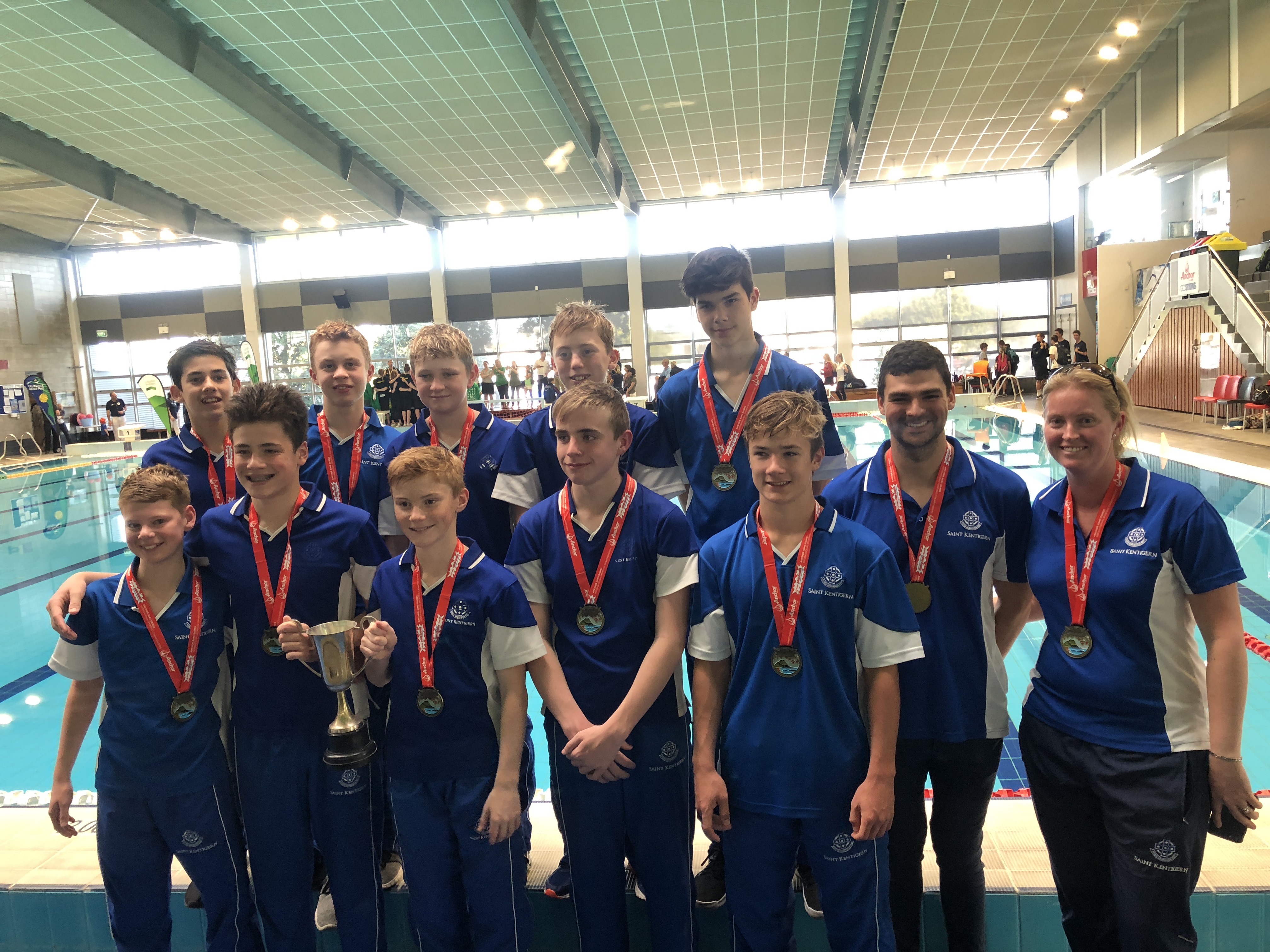 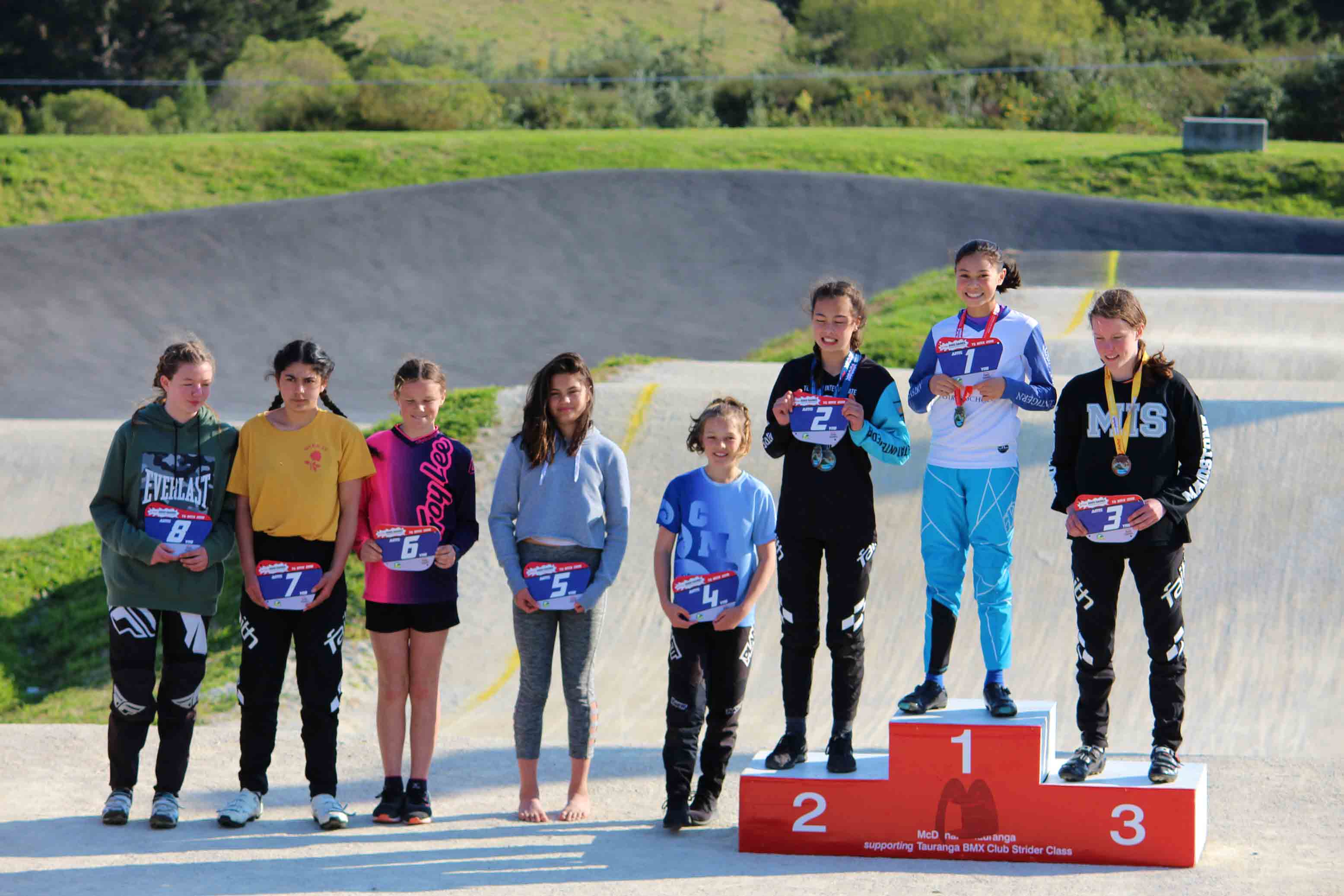 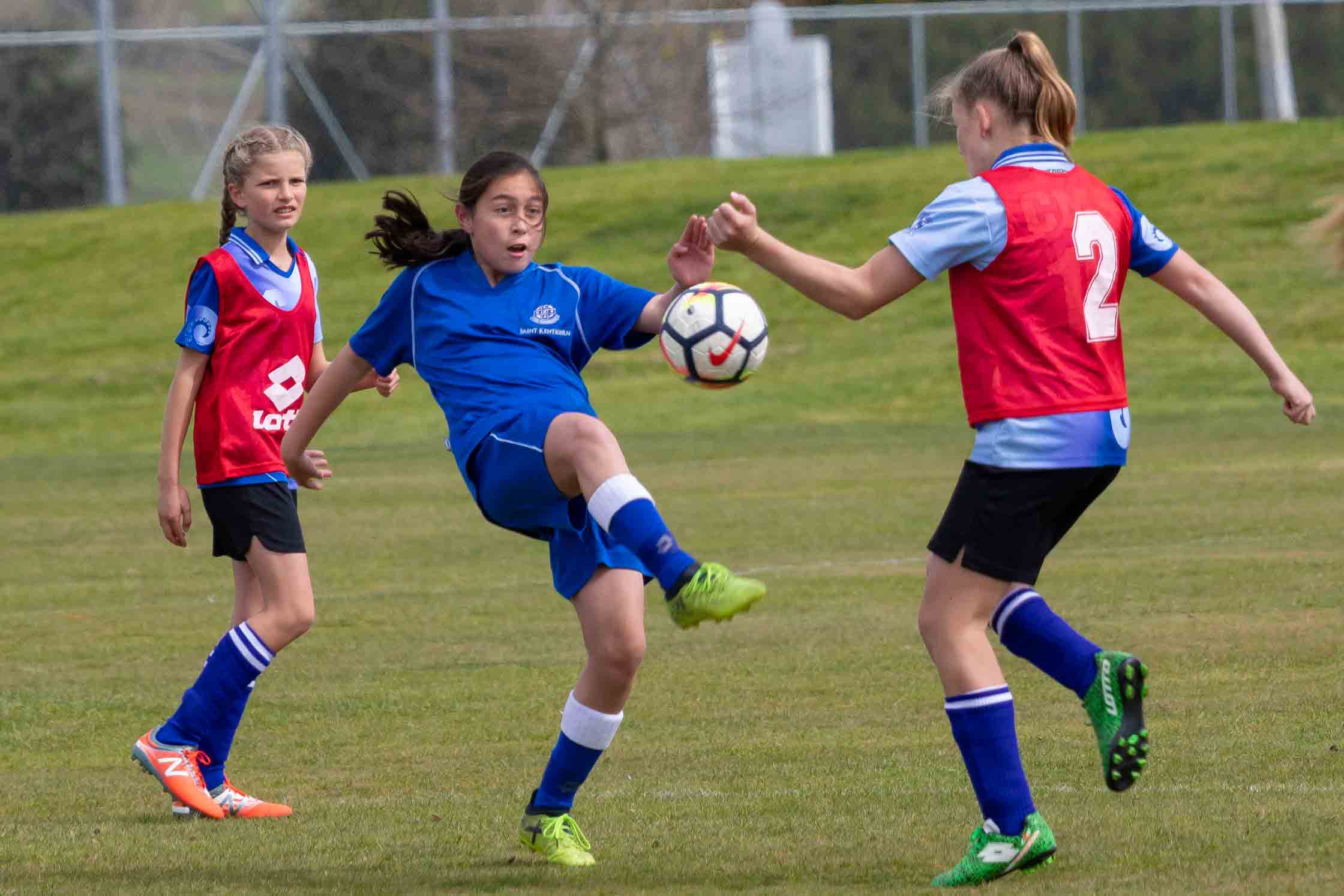 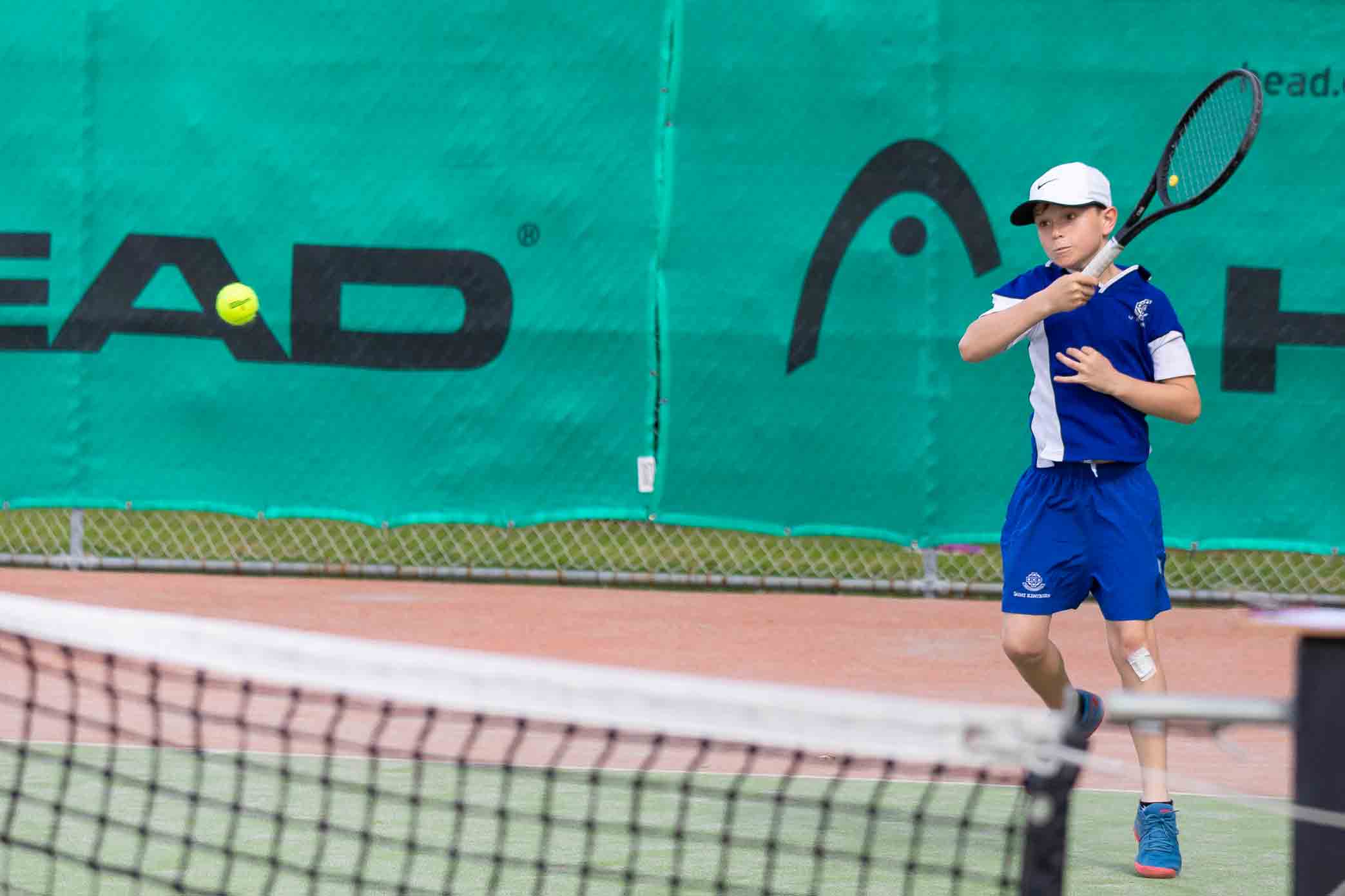 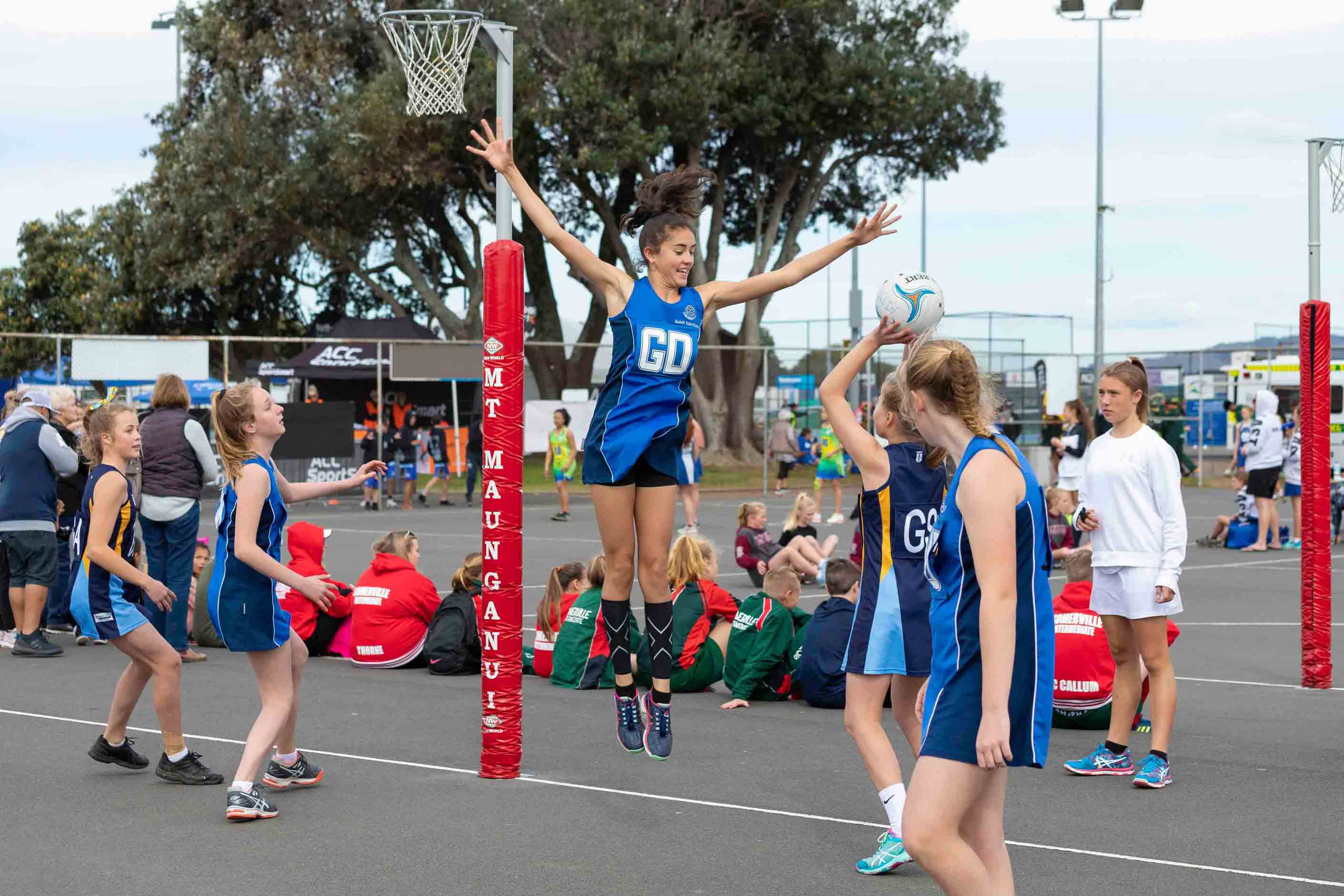 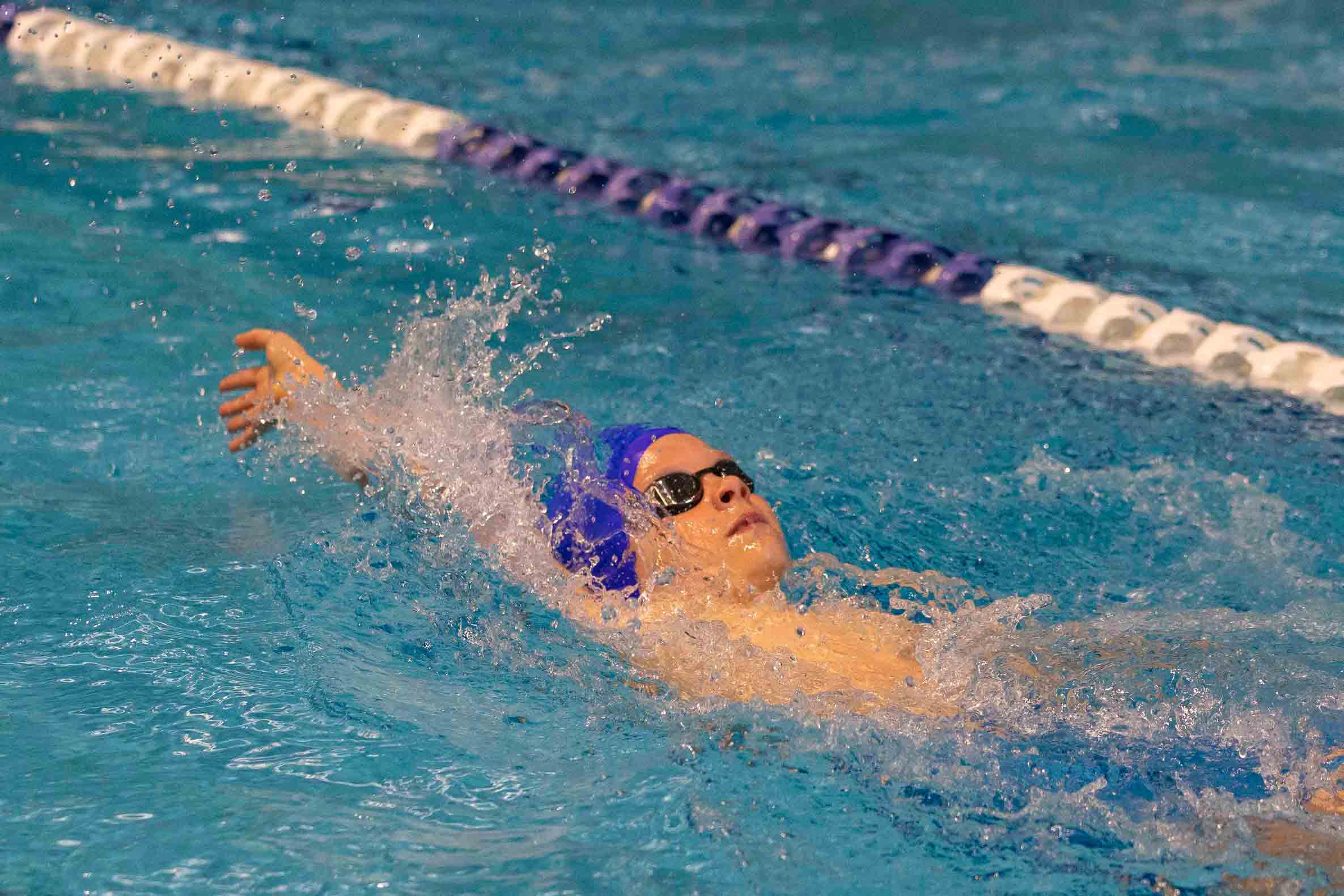 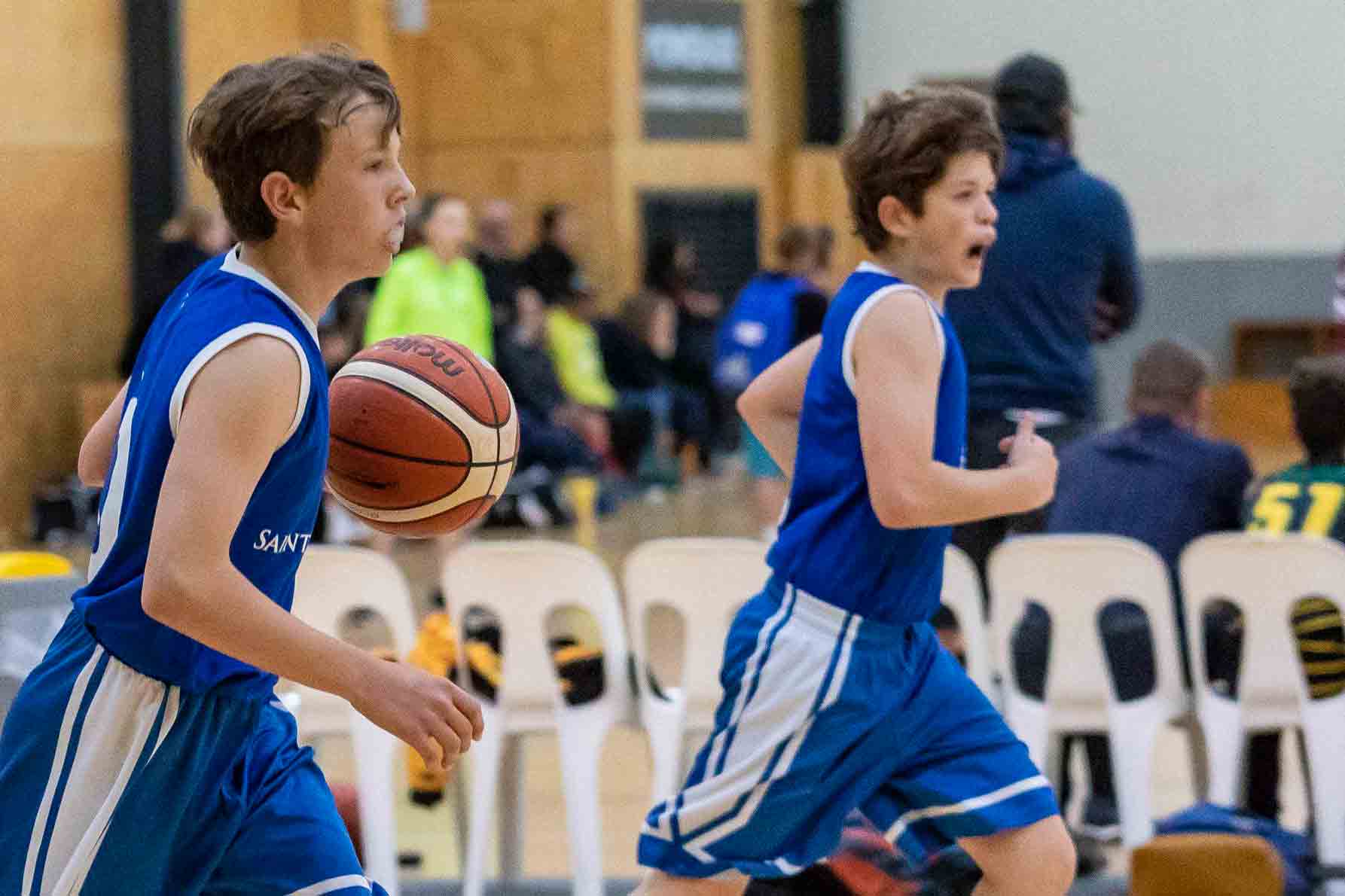 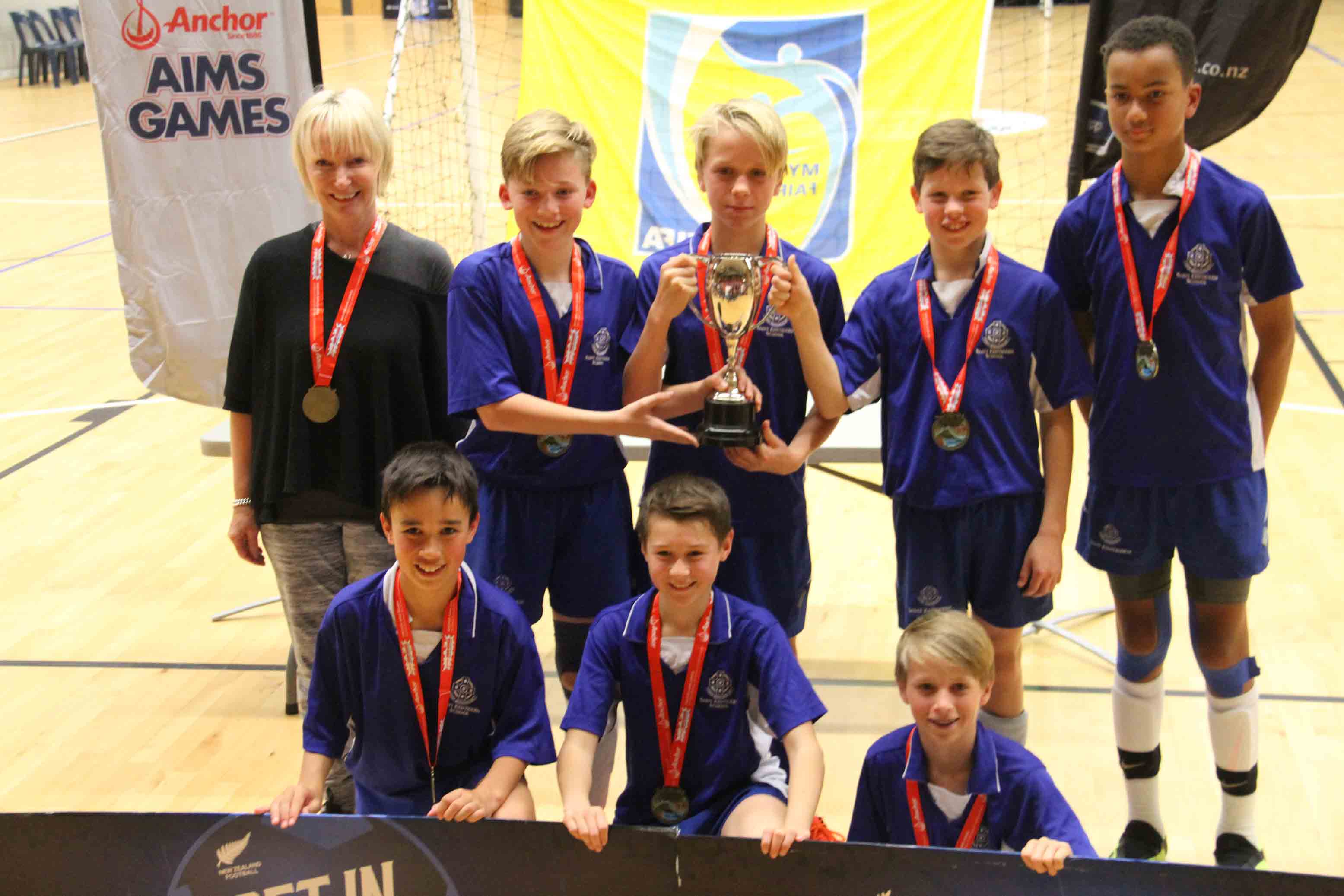 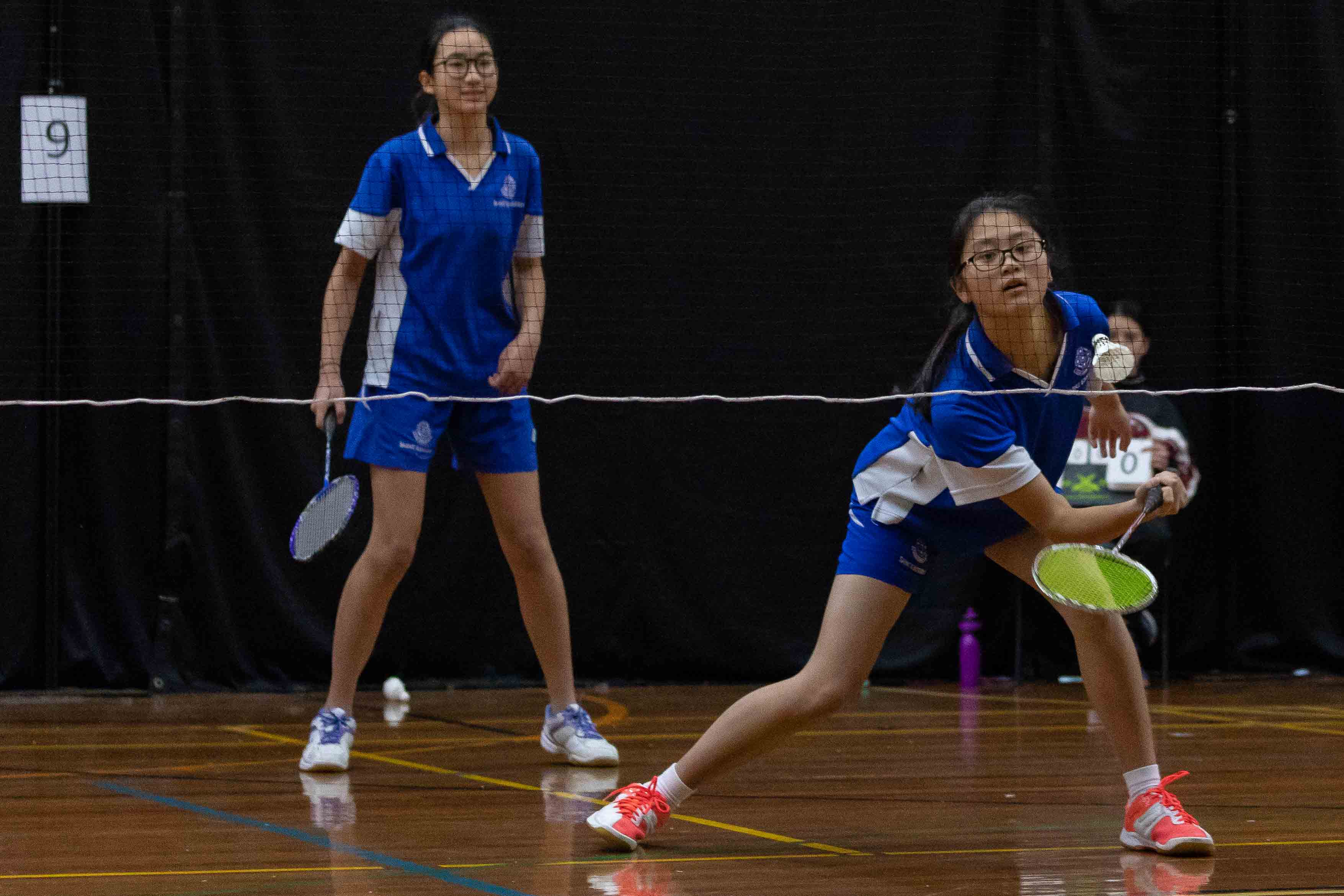 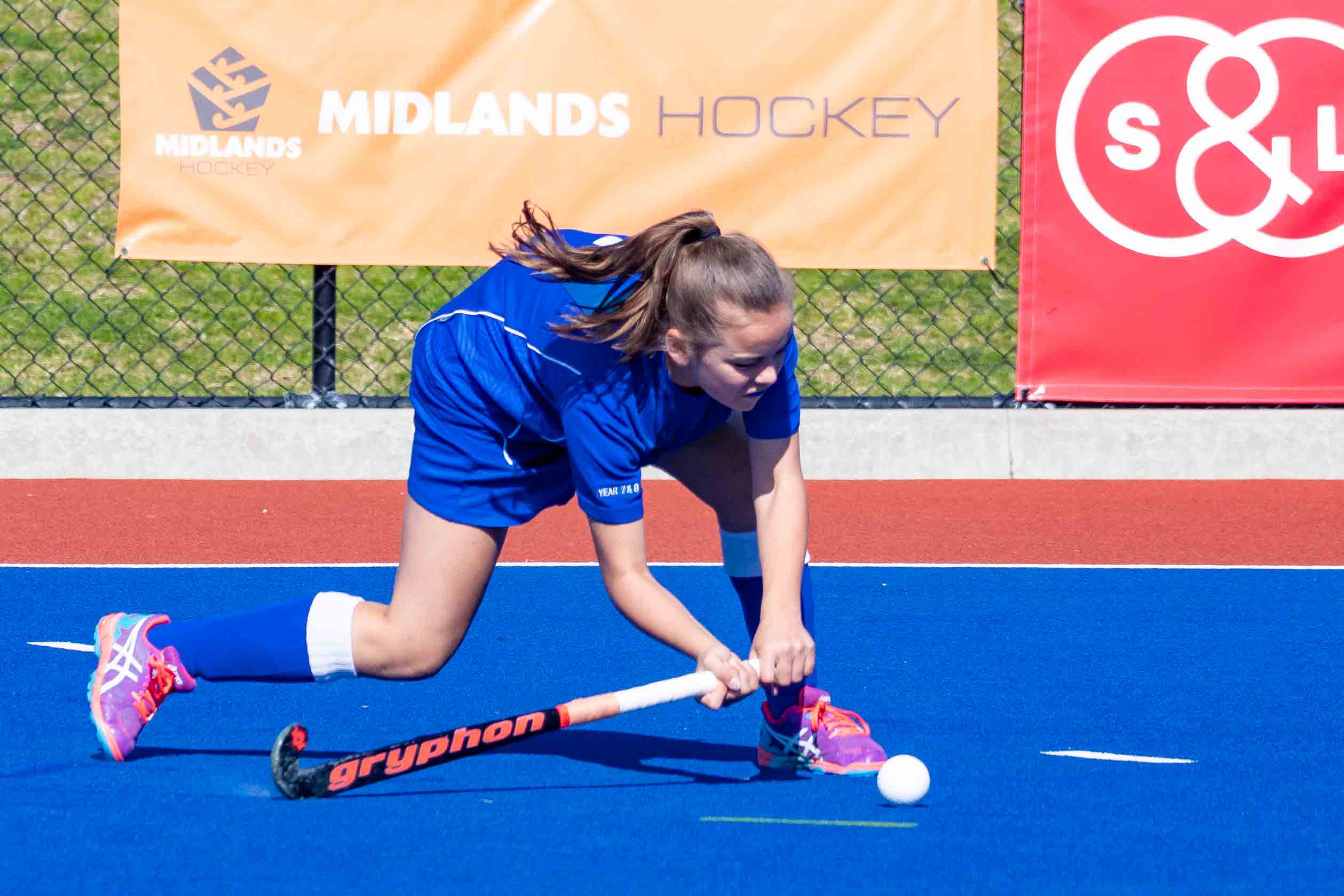 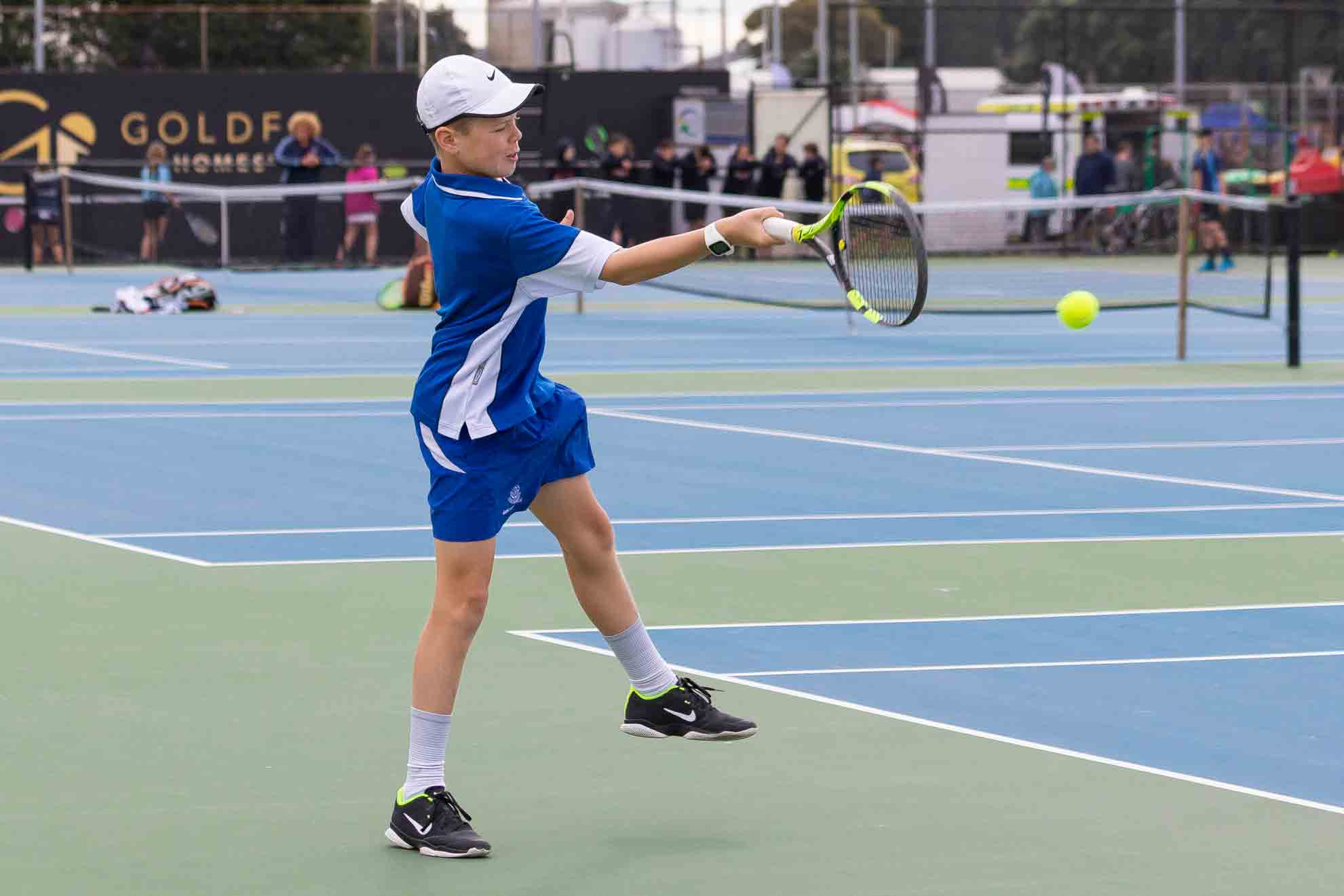 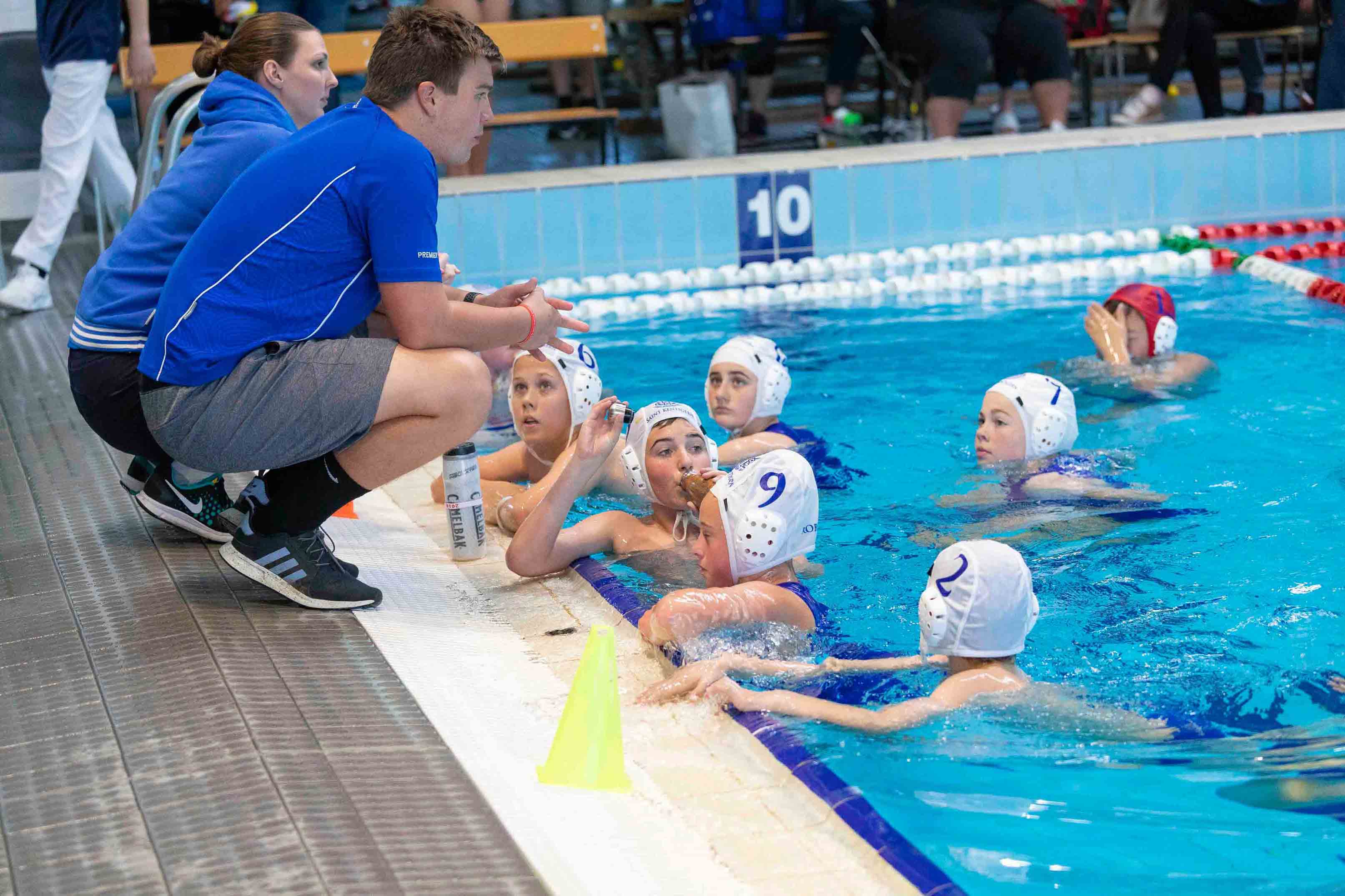 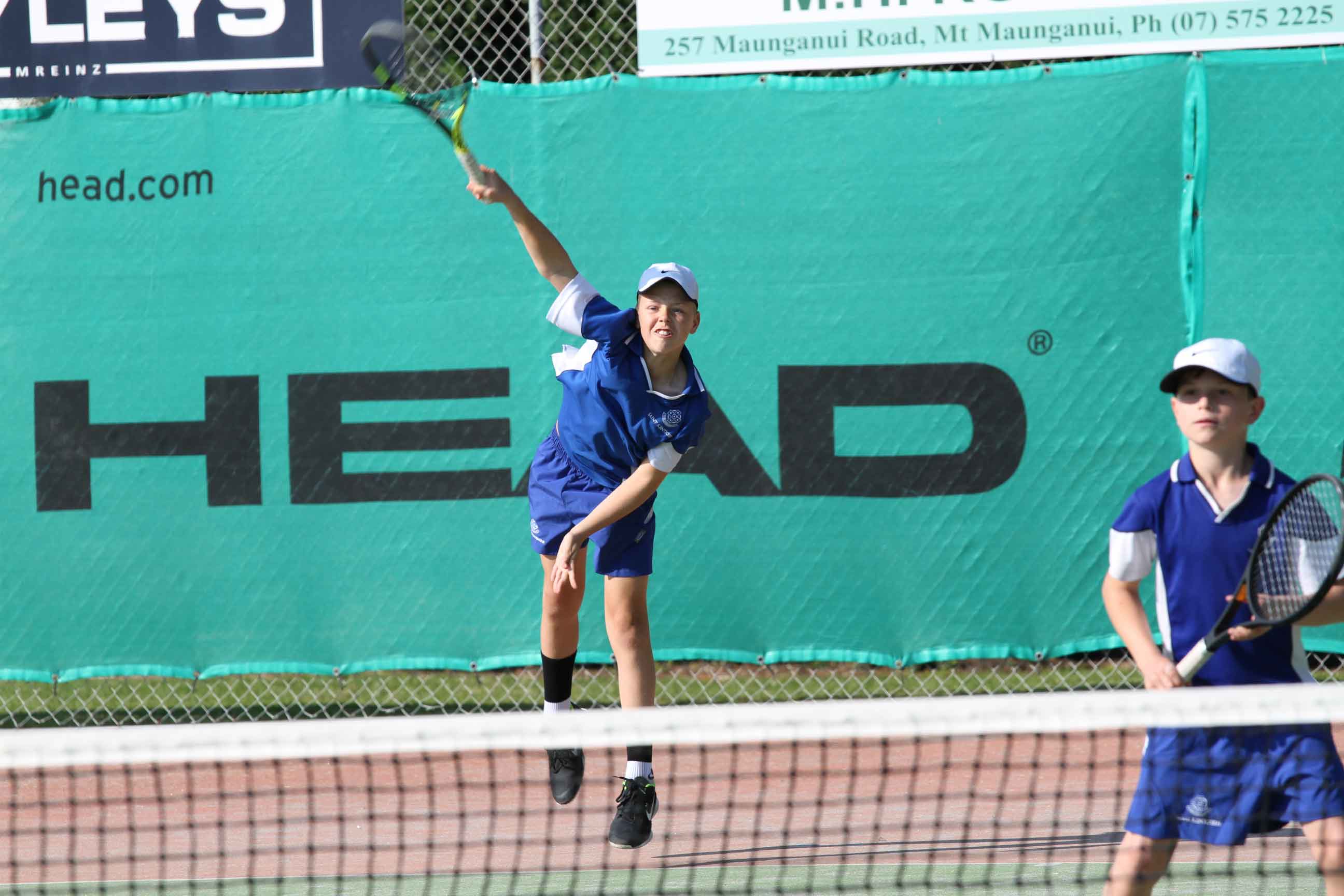 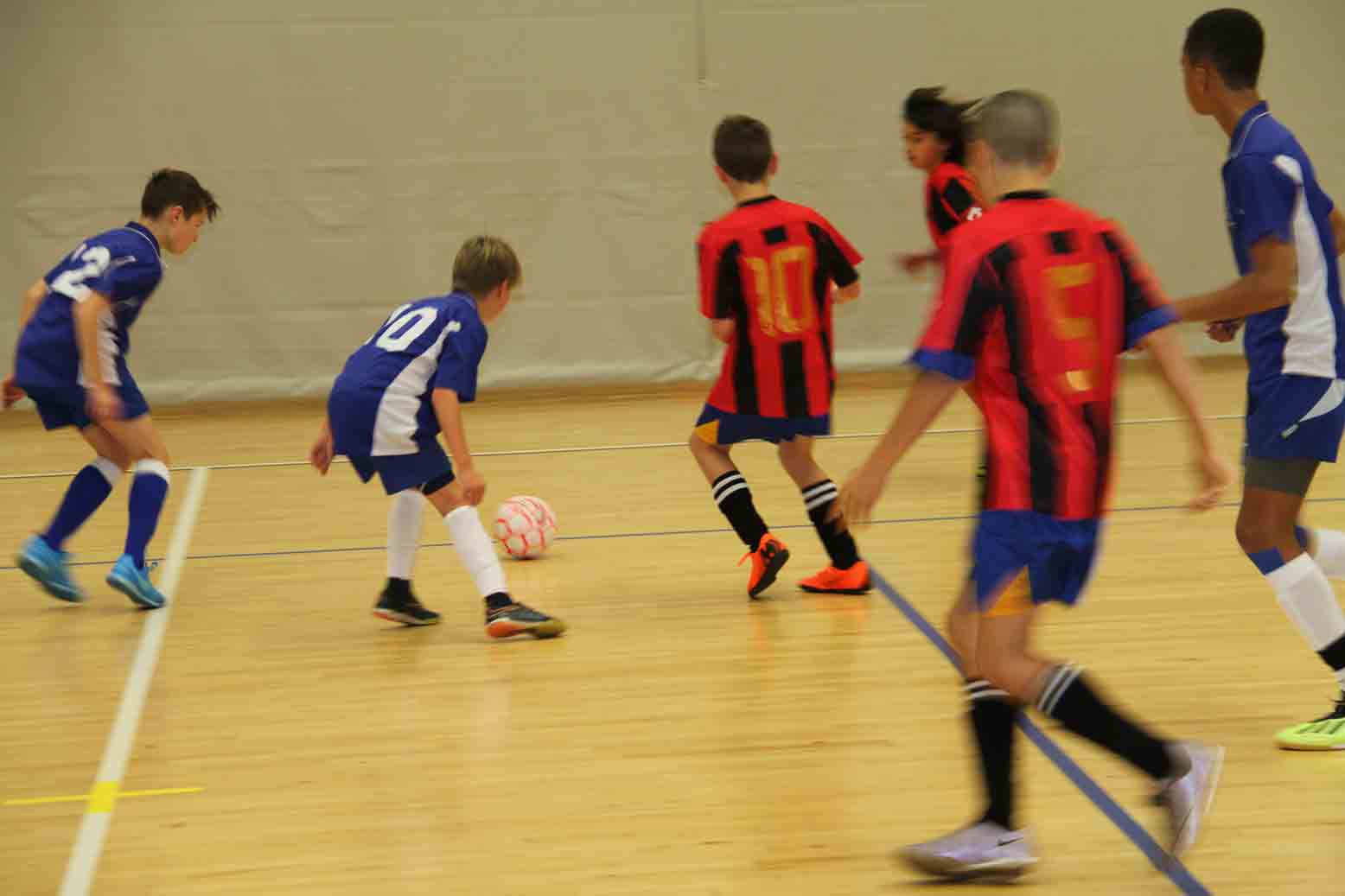