Following on from the Boys’ School Inaugural Digital Science Symposium, a select group of young scientists from our Senior School presented their science projects for judging at the NIWA Auckland Science and Technology Fair.

With all the disruptions of 2020, rather than presenting their projects on the more usual visual display boards, this year, all projects were submitted digitally and each boy was required to put their new online presentation skills to the test, engaging with a small panel of judges via ‘Zoom’. Albeit a different type of fair, our boys still managed to excel and dominated the competition, picking up four First Place positions, one Second Place and one Third Place out of the seven categories. We were delighted that 20 boys were recognised for their outstanding work, with seven of their projects singled out for Special Prizes! The Special Prizes will be named and presented at the NIWA prizegiving later in the year.

Aston Ingram was awarded first place in the Material World category with his project, ‘Listen to your Lungs’ His project caught the judges’ attention as he investigated the level of impurities inhaled when smoking and vaping. Sadly, this is a very topical issue now – especially among our youth, and Aston was hoping to highlight the harmful impacts on health. At our internal Digital Symposium, Aston’s project drew many interested students’ attention, certainly achieving his goal of educating the youth about the potential health dangers.  In addition, he was also awarded a Special Prize.

In the Physical World category, Lochie Klouwens was also awarded First Place. We have always encouraged the students to pick a topic that has an impact on their own lives. Lochie’s project titled, ‘Ouch! No More’, was to investigate which protective sporting pad would reduce the impact of a hard ball hitting and hurting a person. He tested with his own hockey goalie pads and cricket pads. After conducting many tests in his garage, using a high impact force app on his phone, he concluded that hockey goalie pads provide the most protection.

In the Technology category, Jordan Kushnir was awarded First Place with his project, ‘Facemask Faceoff’. His project looked into an aspect of life that has become all too familiar in 2020 – comparing various masks on the market to his own prototype. A standard surgical mask, a N95 mask and Jordan’s own creation, the J/PAPR 300 were each tested in five different ways. From a particle test, to comfort, to voice recognition – these masks underwent rigorous testing! He was also awarded a Special Prize.

Raymond Mallin, a Year 7 student, came First in the Earth and Beyond category with his project ‘Purifying Customised Dirty Water’. He tried to find the most effective way to purify dirty water, making it drinkable by using only natural products found in our environment. He continued to find out that the speed that the water flows through his home-made filters also had a huge effect.

Conor Davidson-Ladd looked in his back garden for some inspiration this year. His abundance of avocados led him wonder how he could control the length that it takes to ripen the avocados. This project titled, ‘Green Gold – can you ripen to order?’ picked up a Second Place in the Living World category. Conor overcame his challenge of managing multiple variables and after numerous different tests, found out that avocados that were kept in a warm environment during the ripening process ripened the quickest. After some initial testing, he also conducted an interview with a retired avocado farmer, discovering the secret that keeping the stalks on during the ripening process could slow down the ripening process.

Alexander Hewes picked up Third Place in the Physical World category with his project, ‘A Blast with Rockets’. Building on his passion for space and space travel, Alexander investigated the optimum rocket fuel mix, using the amount of travel time as his measure of success. In addition, he was awarded a Special Prize.

Jack Doherty’s project ‘Bottles of Bacteria’ wona special prize, as well as a Highly Commended certificate,. Jack measured the amount of bacteria found in water bottles that had been left and reused without washing them between uses. He tested some of his own water bottles where he controlled the exact number of days left without washing, as well as conducted some random testing of water bottles lying in his peer’s sports kit bags. His results were quite shocking – hopefully teaching us all the importance of washing out water bottles!

Adam Andrews and Rafi Newland’s project, ‘Is the Grass Greener?’ was entered into the Human Behaviour category and was awarded a Special Prize as well as Highly Commended. This project had two focal points – the sustainability of hemp compared to cotton, and whether using hemp flour in baking would be accepted. They found that the test subjects preferred the hemp baking and it is far more environmentally friendly to produce. Adam and Rafi completed a thought-provoking project, that highlighted the possibility of hemp use in the future.

Harrison Benton and Louis Spillane were awarded a Special Prize and a Highly Commended for their project, ‘Solar Fried Beans’. This project, driven by the knowledge that the demand for produce is growing as the world population increases, focused on whether plant growth increases when the soil is electrified. With the use of solar panels, Harrison and Louis discovered that running an electric current through the soil did in fact increase plant growth, and left the judges with something to consider when planting their next vegie garden!

Another six of our projects drew the attention of the judges and all these boys were awarded Highly Commended stickers for their projects. These were James Knottenbelt, Edward MacCulloch, Maxwell Clarke, Thomas Mollison, Nicholas Webster and Hugh Webber. 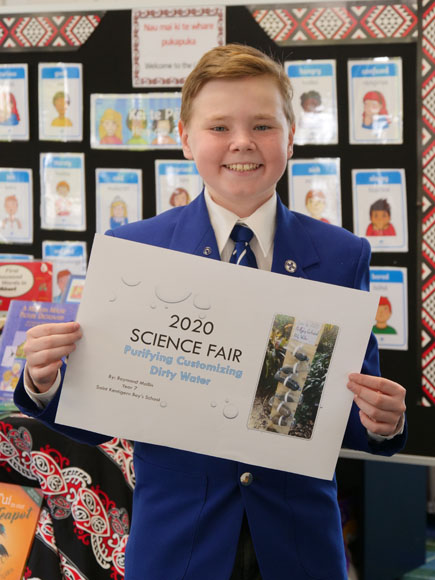 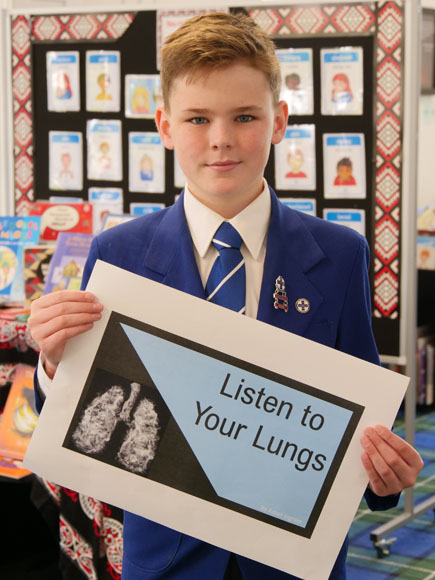 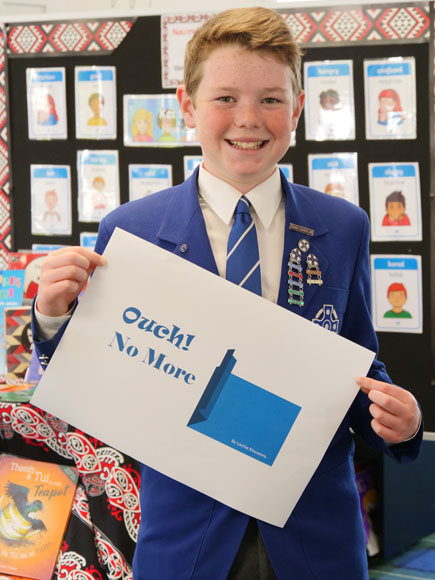 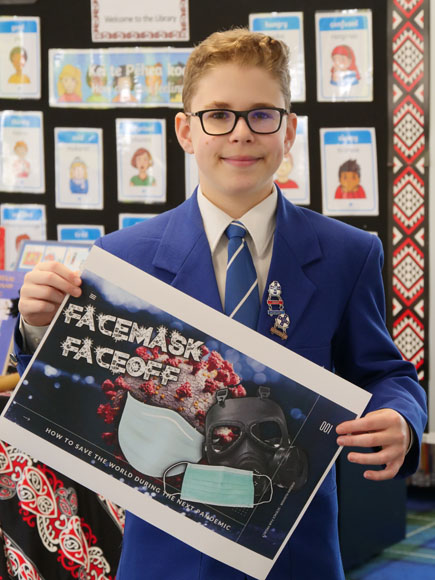 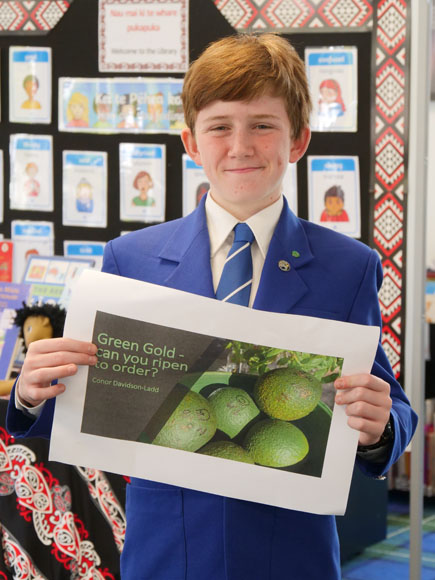 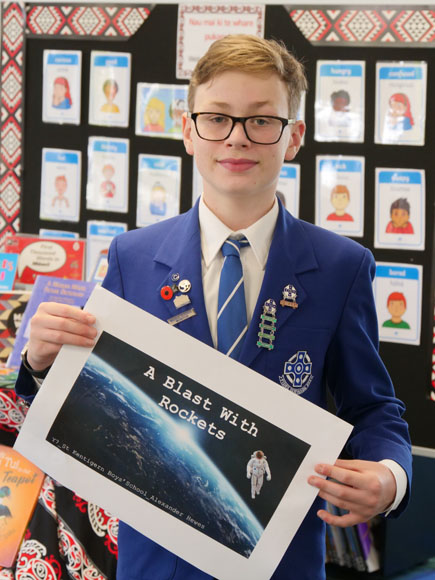 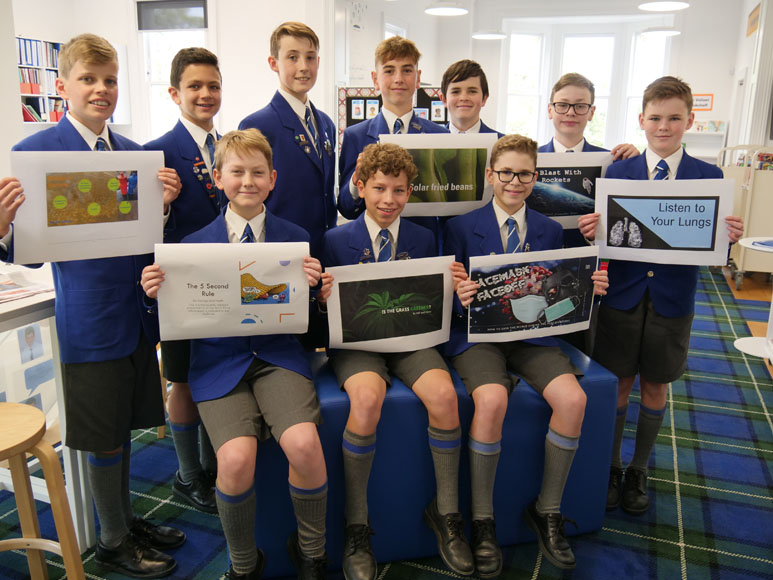 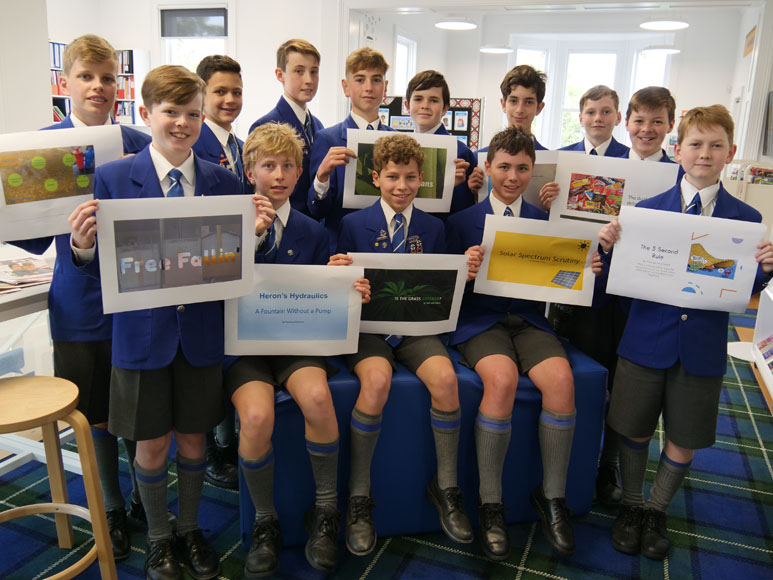