Such is the mental and physical resilience of our College triathletes that even a tropical cyclone could not dampen the enthusiasm and efforts demonstrated by the students at the 2014 training camp.

Held over three days during the summer holidays, the strategic camp is an opportunity to establish the ground work and physical preparation for the season’s events. Along with fitness and skills training, the camp creates a great team atmosphere and a solid squad foundation to build on.

After welcoming over 120 triathletes and parents, the 2014 triathlon captains Tim Mudford and Anna Murphy, both Year 13, were introduced followed by a swim and run session at Blue Lake then racing with Taupo Tri Club.

The wild winds and rain that provided a challenging back-drop for the open water swim session the next morning gave way to sunnier conditions for the afternoon’s cycling and running sessions. The triathletes were then put through their paces on the velodrome and were able to take in the scenery of the Waikato River on their 8km Huka Falls run.

The final day saw triathletes battle it out at the iconic Faulding Fatigue Fest. An annual ‘rite of passage’, the athletes draw on every ounce of their energy left to complete three mini-triathlons in quick succession.

Thank you to the students and parents in attendance who all contributed to another highly successful tri camp. We look forward to what promises to be a very exciting season. 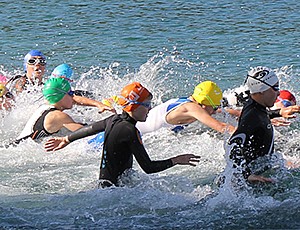