With a new pyrotechnic supplier whose credentials include the Rugby World Cup 2011, events at Eden Park, fireworks off the Sky Tower and Coca Cola Christmas in the Park; the Boys’ School Parents and Friends Association promised that this year’s Fireworks Show would be ‘bigger, better, louder and longer’ – unfortunately, sometimes ‘spanners get in the works’ and things just don’t go quite the way we plan!

The logistics for a Fireworks Night held on school grounds are such that a lesser team, faced with so many hurdles and safety requirements, may have simply placed it in the ‘too hard basket’ long ago. Our own determined organising team has conquered the paper work over the years ensuring that both people and property are safely protected. Planning began at the start of March and the team, spearheaded by parent, Mr Peter Green, has been totally focused on ensuring that that a safe and successful Fireworks Night continues as our school's signature event.

The weather is a critical factor in its success and with thundery, wet and windy conditions as the precursor to the weekend, there was some nervous tension in the build up to Saturday! There was a huge sigh of relief when the gates opened at 5pm in glorious sunshine and 2000 ticket holders made their way in to settle down on the field for a picnic in the build-up to the ‘main event.’

For the youngsters, the pre-show activities are always a huge draw card. Old favourites such as the inflatable obstacle courses were back on the field as was the return of Farmer Paul’s popular petting animals. New this year was the bungy trampoline, firing those brave enough eight metres in the air. Another addition was the fast paced Canon Ball Blaster that tested hand-eye co-ordination in the inflatable Battle Dome!

On stage we welcomed a variety of musicians including former Boys’ School students, Isaac Samuels on guitar and talented violinist, Jeramy Bhanabhai. Lead vocalist, Beck Robson led the Boys’ School rock band whilst Brodie MacDonald took the vocal spot for the College rock band.  Meanwhile, Head Boy, Ben Lerner had his first major gig as a DJ, hosting the musical entertainment on stage and did a superb job, especially when the ‘turn of events’ later in the evening called on his services to fill the void!

And so to the greatly anticipated main event! As the night darkened, Principal, Mr Peter Cassie welcomed the College Pipe Band onto the field playing the traditional Highland Catherdral…then in a change of tempo, the Band burst into Queen’s ‘We will, we will rock you’ as the ‘best flame projectors in New Zealand’ sent almost 200 shots of flame 6-8 metres high signalling the start to the fireworks…. Well what can we say? The start was promising but a sudden ‘technical glitch’ caused an enormous amount of angst and disappointment as the pyrotechnic crew frantically tried to ascertain what was blocking the radio frequency between the music and the fireworks preventing the planned ‘choreographed’ show. As the families waited, DJ Ben pumped out the tunes and the youngsters in the audience waved their glow sticks. It took a while to get the show back in the sky but unfortunately, without the planned musical backing, it was not quite the show anticipated. However, many families will agree, despite this disappointment, the evening had been a great time for relaxing and socialising amongst friends.

Our sincere thanks to the Fireworks Organising Team for their immense effort in bringing this to fruition: Peter Green, Kerry George, Lyzadie Renault, Simon Ward, Kathryn Hughes, Jane Sheetz, Chris Pettit, Maryanne Looker, Laura Lane, Naomi Hageman and Robyn Kenna. Thank you also to the many volunteers who helped out on the night to cook the BBQ's; collect entry tickets; sell glow sticks, food and drinks; run the EFTPOS machines; set up the staging…and the return the next day to clean up the grounds!

Our thanks to the following sponsors: The Saint Kentigern Boys' School Parents & Friends Association were delighted to have the generous support of Spark New Zealand as our headline fireworks sponsor. Our joint intention is to make this a long term sponsorship arrangement for our fireworks events. Thanks also for the wonderful support of: A-Ward, Hirepool, Eastridge New World & TPI Waste Management. 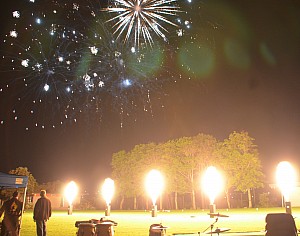 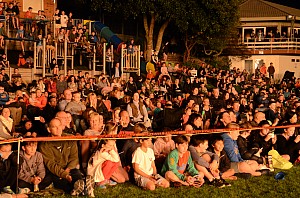 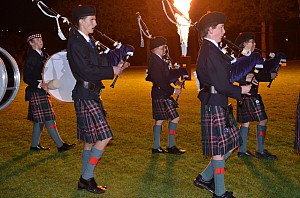 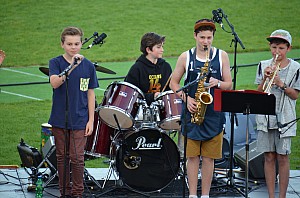 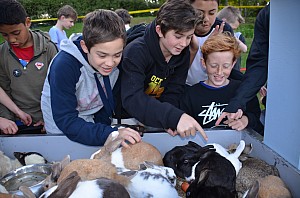 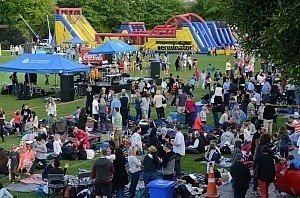 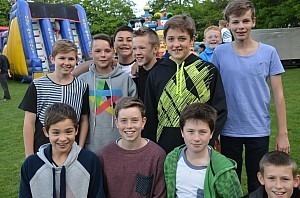