Congratulations to the 1st XV on their second win in the pool games against Tokai University Gyosei High School at the Sanix Junior World Rugby competition in Japan, winning 36-7.

Following on from their 67-0 win in the first round against Meikei High School from Ibaraki Japan, the pace of their second game against another Japanese team was again very quick. This was the boys’ first game on artificial grass and they initially took some time to settle. Tokai came into the game with confidence having beaten the Russian team the day before. They are the biggest of the Japanese teams and, again, proved to very well drilled. Fit and fast they cleared the ruck ball very quickly.

Patrick Herbert scored the first 2 tries for Saint Kentigern and is proving a real game breaker whether he plays fullback or on the wing. In this game he was at fullback. Harry Marks scored right on half time taking the score to 17 - nil.

In the second half we dominated for most of the 25 minutes. T. J. Cody and Emanuel scored tries and took the lead to 36 - nil. The crowd was then treated to a fast tap from a penalty on half way, a chip and chase and Tokai scored beside the posts, a special moment for the team and their supporters. 36-7 was the final score. Tokai are on target to be 2nd in the pool and will probably make the quarter finals.

Between rounds the team has a rest day and the boys are going to Nagasaki which is sure to leave them with a lifetime memory. They then go on to play Russia in the last of the pool games on Wednesday at 3pm. Russia were beaten both physically and mentally in their last game and by all accounts they are not looking forward to the games against our boys.

The other pool games went as expected today. Australia had a big win as did England and South Africa.

More updates to follow with the results and the draw for the quarter finals. 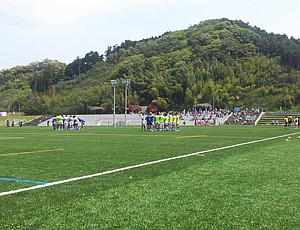 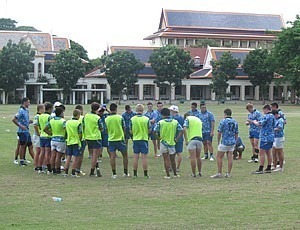