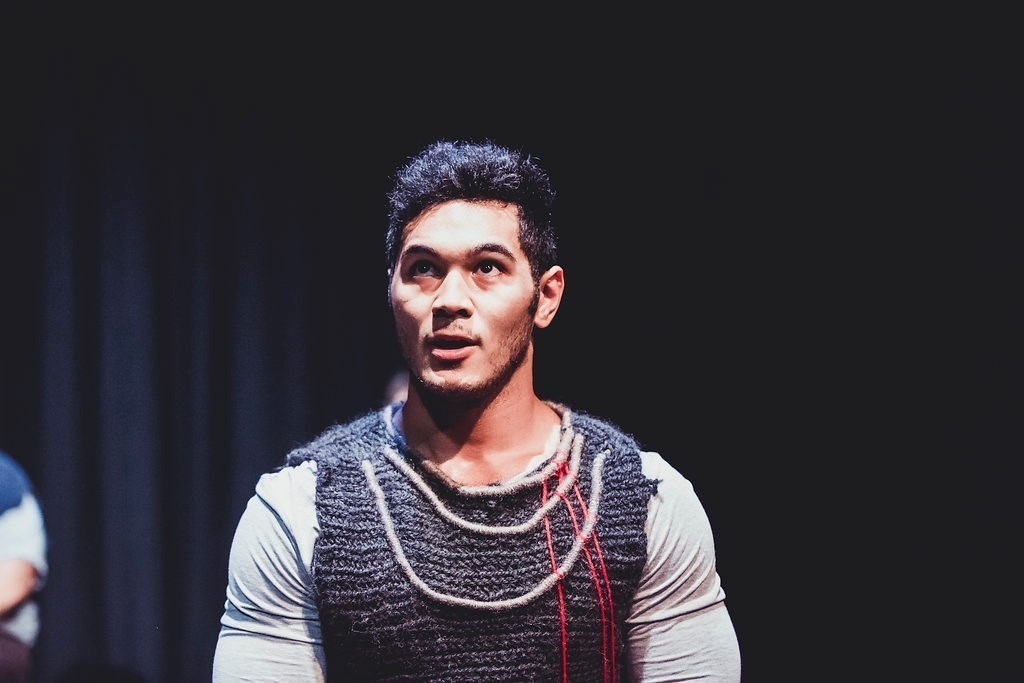 What have you been doing since you graduated College?

I've been doing a lot of things but my main focus since leaving school has been taking my acting career to the next level. I've been training full time with Massive Theatre company with its emerging artist' group, as well as training with Peter Feeney in his 'Actors Lab'. The stage show, ‘The Wholehearted,’ marked my first professional show.

Why drama? What got you started?

If you know me then you know I'm a HUGE professional wrestling fan. When I was five I remember watching Raw (wrestling show) and emulating the entrances of wrestlers such as the Rock and Steve Austin. However, my mum walked in and broke my heart with one line. She said, ‘Lloyd, professional wrestling is fake.’ Now seeing the distraught look on my face, she tried to save herself by saying, ‘It's acting,’ and so in my head, in order to be the best wrestler in the world, I had to be the best actor and it just snowballed from there. When I got to Saint Kentigern, I met Head of Drama,  Emma Bishop and I cannot thank her enough because she really helped me see that there is a career in the performing arts. Under her guidance, I was able to do some of my best work!

What is it like working as a full time actor?

It's quite funny because although technically this is my job, it's never really felt like a 'job' to me. I mean I am blessed that I get paid to do what I love, and honestly the money is just a bonus to me, but being able to step on stage and take people on a journey is the best part of being an actor. I'm the platform for the audience to dream around. I love it! I love getting it 'right' and I love finding all the ways to get it 'right.' And just because I've got my a professional part, the learning doesn't stop for me. I sort of saw this production as much of a learning experience as it is a professional show.

Tell us more about the process that led to your first professional production.

Massive Theatre Company has their own unique style of making theatre. They are very well known for having physically charged shows with ‘complicite’ (French for 'the secret between two or more people’) as the driving force. So first and foremost, ‘The Wholehearted’ is a devised show; a show made from stories from the cast and interviews the cast has done with people outside the rehearsal space. And basically, all the questions and provocations that were put forward all centre around the idea of wholeheartedness and more importantly the pursuit of wholeheartedness. Once we've done all our research and we've gathered all our 'material', we find dynamic ways in which these stories can be both thought provoking and theatrical. 8 hours a day, 6 days a week is what it took to create this finished result...

What do you love most about working with Massive and having been in Wholehearted?

I love everything! There is never a dull moment, there is never a non-living moment. When you watch a Massive Theatre Company show, you're watching a quality show. One thing Massive does particularly well, I think, is that everybody in the company aims to be excellent performers. There is no tolerance for mediocrity. If you're boring, you will be told and I love that. There aren't pats on the back for putting up 'okay' work or 'half good' work. It's either the work is good or it's not.  It's a direct replica of what the industry is like, an you know you'll be bringing your best to the stage. ‘The Wholehearted’ was no different. Everything that is shown through ‘The Wholehearted’ has been worked since November of last year, and even then the show won't be at its best. But I do guarantee an authentic, timeless, edgy, and a thought provoking theatre work.