Each year, drama students from Years 11 – 13 deliver performance nights, by year group, as part of their NCEA Levels 1-3 Drama assessments. Whilst these are not the ‘big ticket’ drama/musical productions that the College stages annually, they are, nevertheless, quality theatre and with each passing year, we are seeing more sophisticated ensemble pieces.

This week has been the turn of the two Year 12 drama classes to present their work as part of their NCEA Level 2 Achievement Standard 2.6 – ‘Perform a substantial acting role in a scripted production.’ The students were also required to submit a statement of intent for the interpretation of their role and an annotated extract from a part of the script where their role is prevalent.

The two classes this year each worked on a different theatre style: physical theatre and absurdist theatre. The plays were presented in the new performance space that opens up from the dance studios in the recently extended Sports Centre, providing the perfect venue for small scale productions without losing any sense of ‘theatre.’ The new dance studio stage has theatre lighting and images can be projected onto the back wall to set the scene.

Miss Wilson’s class focussed on Physical Theatre and chorus of movement to explore the characters’ subtext, which was often deliberately at odds with the persona they were presenting. In Physical Theatre, the use of movement is emphasised as an important form of expressive communication.

In Ravenhill’s play, a successful artist invites her less accomplished and bitter ‘friends’ for a reunion, which results in her befalling a terrible accident in her empty swimming pool. Her newly comatose body then becomes the subject and object of the group’s newfound success. The result is a searing examination of exploitation and jealousy in the art world.

Written as one long stream of consciousness and with no defined characters, the play was ‘fluid’ in time and place and physical in nature. The group narrated the story of ‘Her’ (the artist) to both the audience and themselves, using movement sequences to show their collective and individual thinking.  All students played ‘Her’ at some point, melting in and out of the role.

The colour of the costuming was varying tones of the beach, to highlight the recurring theme of water and reminiscent of the 1980’s; a time when Bohemian art was at its height. The set was simple, making good use of a series of moveable blocks to represent the pool and changing scenes with the backdrop successfully used for changing artworks.

‘Rosencrantz and Guildenstern Are Dead’ by Tom Stoppard

Ms Rigold’s class staged Tom Stoppard’s classic absurdist ‘play within a play’ that centres on two minor characters from Shakespeare's Hamlet, the courtiers Rosencrantz and Guildenstern.  The action took place largely ‘in the wings’ with the relationship between the two plays summed up by the ‘The Player’ who says, ‘We keep to our usual stuff, more or less, only inside out. We do onstage the things that are supposed to happen off…with every exit being an entrance somewhere else.’

‘Absurd Theatre’ implies that the piece is meant to be irrational, without pre-conceived concepts of drama, chronological plot, logical language, themes or recognisable settings.

Throughout, the audience is asked to consider the difference between real life and fiction, how much power we have to shape our own destinies and the importance of being proactive at all times.

To emphasise the confusion, Year 12 staged the play with five pairs of actors playing Rosencrantz and Guildenstern and three taking on the role of The Player. The troupe of players played their key role and minor court roles, sometimes in the same scene.

The students took as their central premise the quote, ‘Life is what happens when you are making other plans.’ Life, real events and action happen all the time in the play but  Rosencrantz and Guildenstern do not participate; in fact they miss every chance to shape their own fate. Instead they procrastinate and evade in every way possible by escaping into games.

Whilst this play was first staged in 1966, now in the 21st century, in a world of gaming, avatars and virtual reality, it is as relevant now as it was then.

The second performance takes place on Tuesday 3 July in the Dance Studios within the extended Sports Centre at 7pm. There is no charge for this performance – the students would love your support! 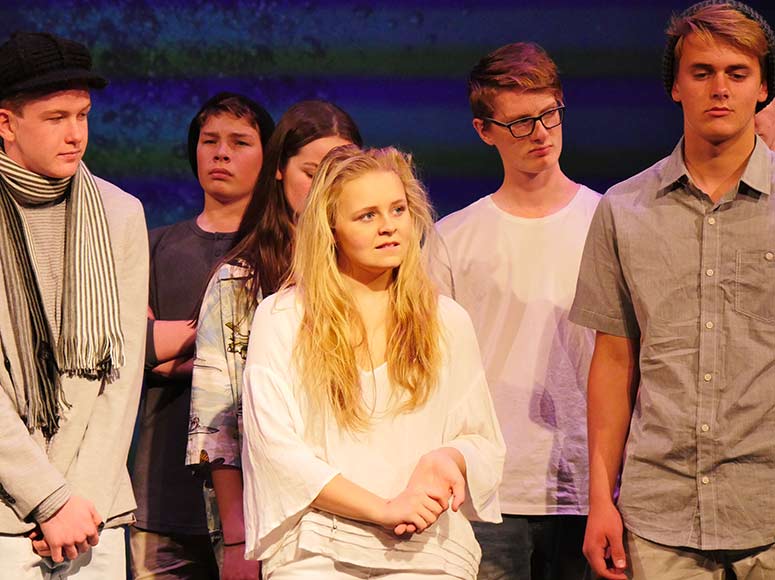 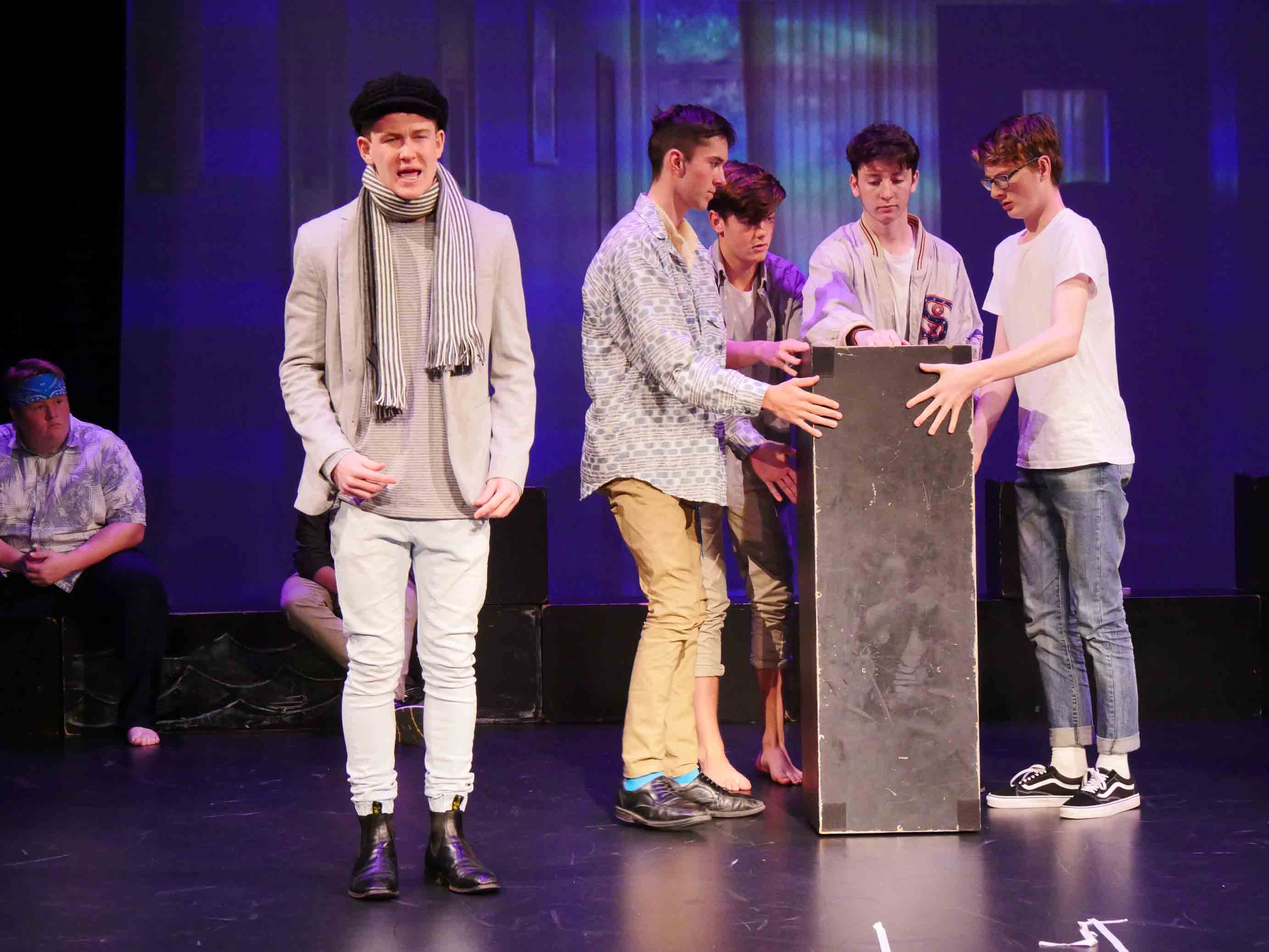 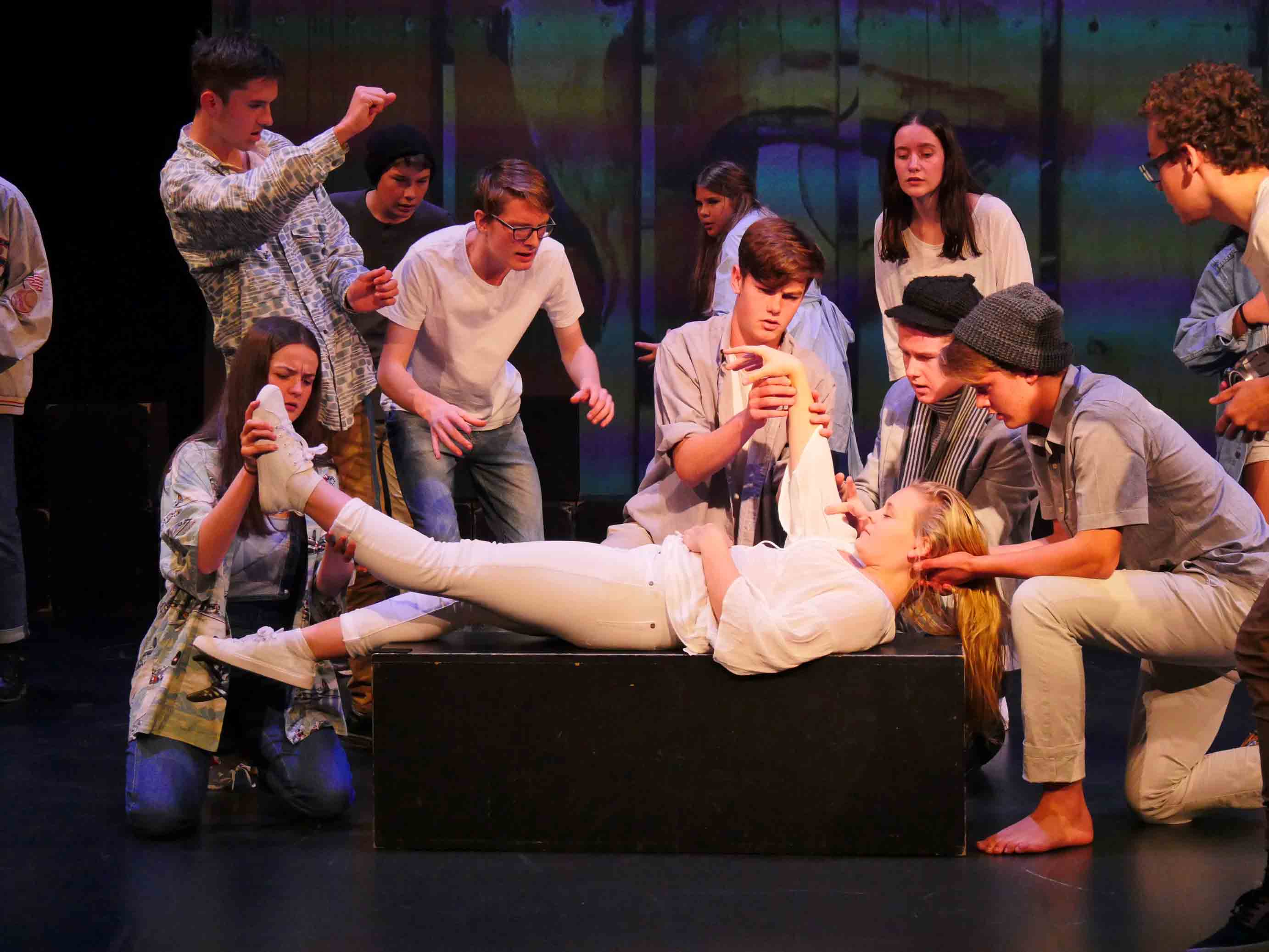 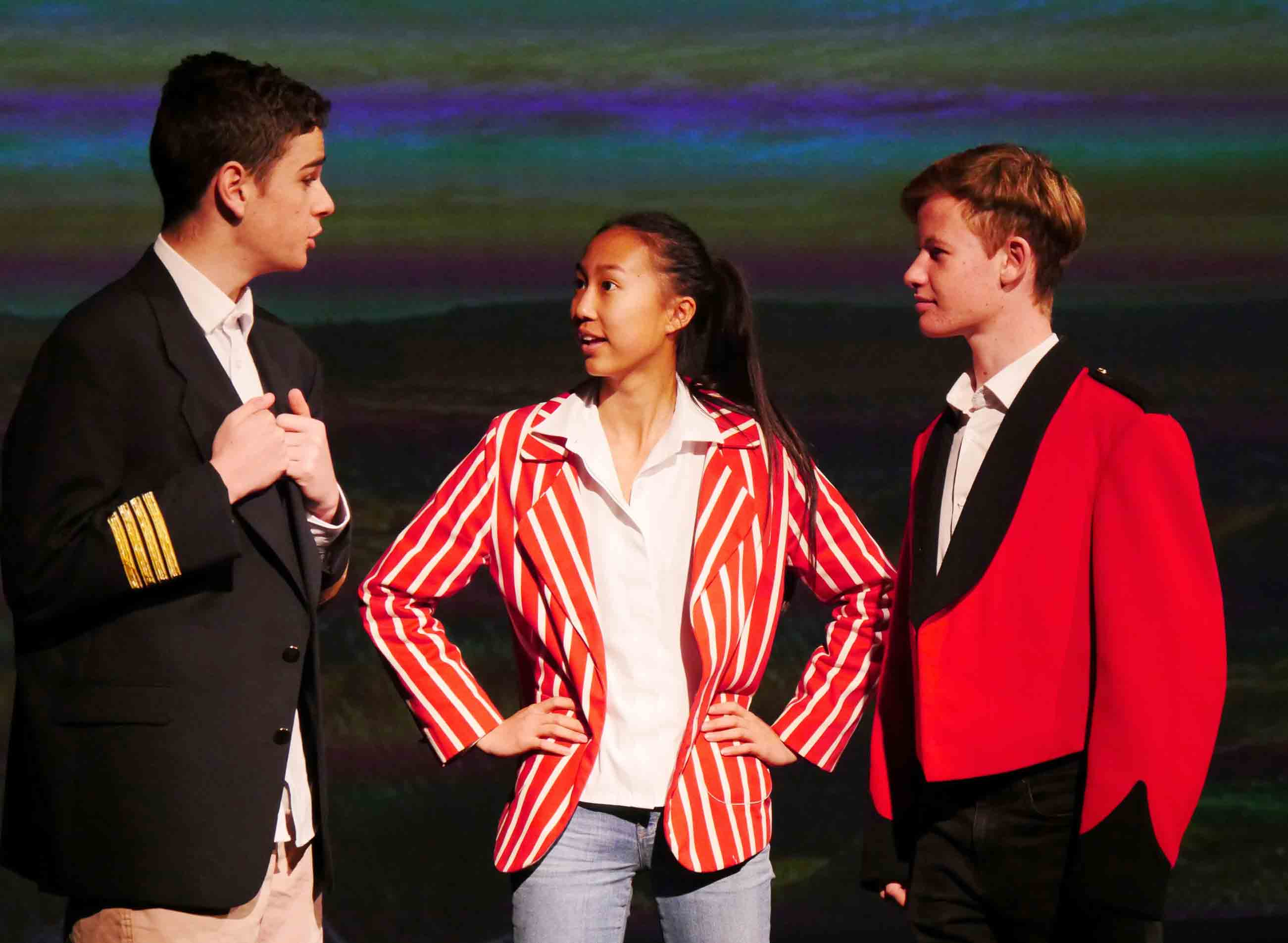 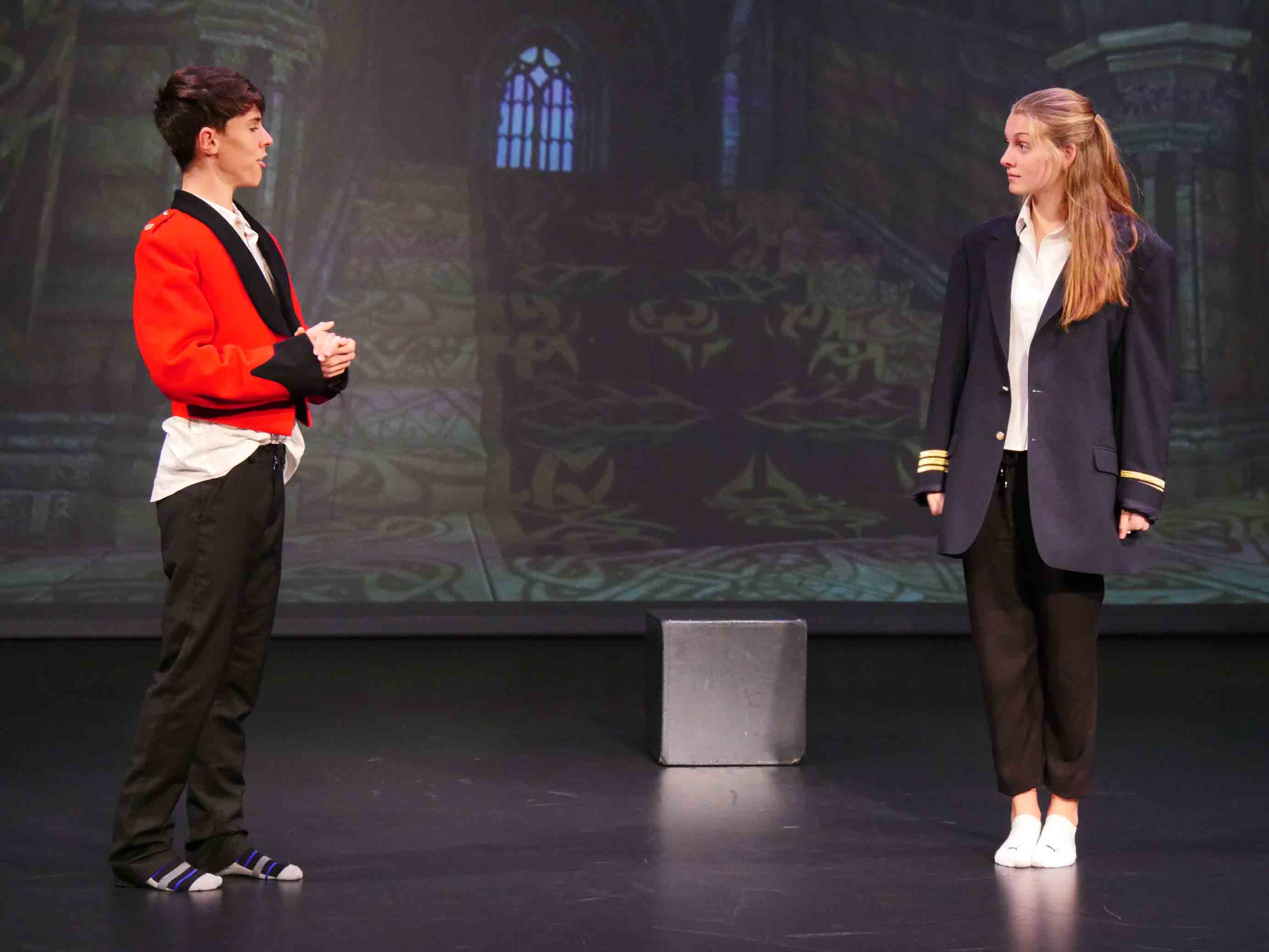 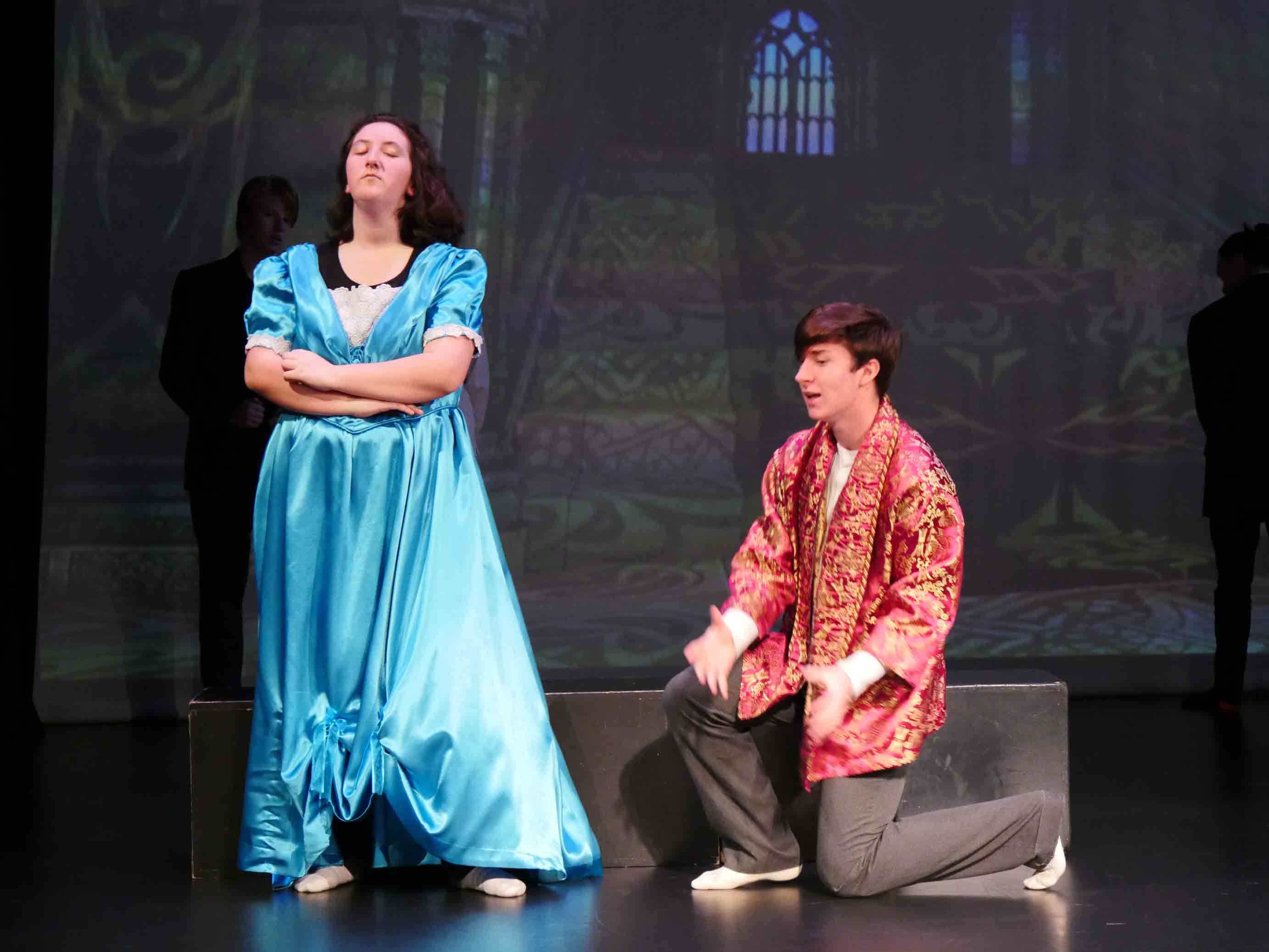