There were giggles all round on the final day of Language Week as students egged each other on to try a snail at a $1 apeice! With a choice between hot Nutella crepes or a snail, there is little surprise which of the culinary delights was the outright winner!

Greetings in foreign languages flew thick and fast during the week with a new set of greetings posted each day for students to practise, while lunchtimes were given over to culinary exploration.

The Japanese staff hosted a sushi making session early in the week which drew a large group of students ready to roll up their sleeves and prepare their lunch from scratch. It didn’t take long to discover that those neat sushi rolls delivered up in food courts are not actually that easy to achieve! But there was still a great sense of pride when the finished article was packaged up to take away. We offer our thanks to Tokyo Food for their support  with this.

Empanadas were on offer the following day from the Spanish team with steady sales but it was definitely the French offering that drew the biggest crowd! Students in Year 10 were the first to sample the fare but not until they had completed some tasks! Before they could eat a crepe, they had to first learn to flip one and then complete an obstacle course as a French waiter, making sure their glasses stayed on the tray.  Yes, a few of those crepes hit the floor!

At lunchtime the line-up for crepes snaked around Elliot Quad but it was only the giggling brave who attempted the snails. Purchase was easy but it took some steeling of the nerves to actually eat it! And the verdict? Slimy, chewy, salty, garlicky and um, snail like! 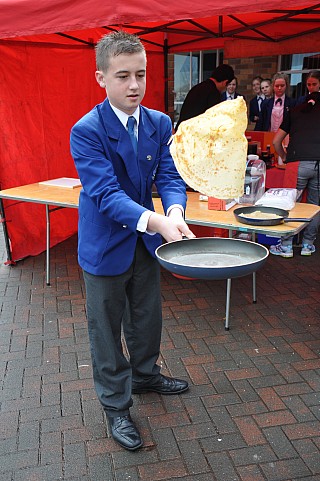 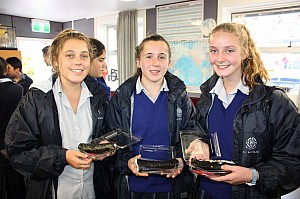 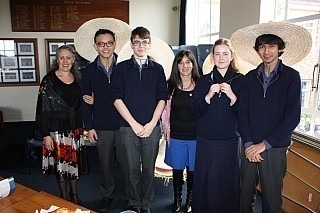 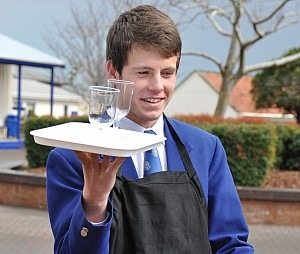 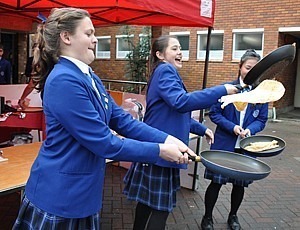 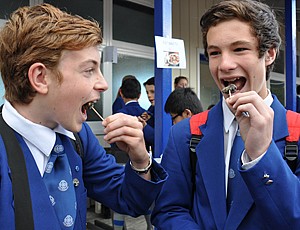