The College was the venue for a memorable day of netball action yesterday as star players took to the court with more than 80 excited youngsters. Silver Ferns Grace Rasmussen, Temalisi Fakahokotau and Malia Paseka along with Northern Mystics representatives Cathrine Latu, Megan Craig and Sulu Tone-Fitzpatrick conducted a special training camp for budding netballers. Among those receiving the elite tuition were the Saint Kentigern Year 8 Tactix team, which features students from the College and Girls’ School. Also invited were schools that we work with as part of the Service programme at the College, including Glen Innes School, Elim College, Randwick Park School and Glenbrae School. Some girls also travelled from the Bay of Plenty to take part, with vanloads from Rotorua Intermediate and Kaitao School making the trip.

The experience started with each of the Silver Ferns and Mystics players putting small groups through their paces in a number of drills. Cathrine Latu showed how to evade a defender, Grace Rasmussen demonstrated ways to make space on the court, and Megan Craig, a former New Zealand Tall Ferns basketball representative who stands at 2.04m, was the perfect person to hone shooting skills. Our College Premier Netball team, fresh from its second-placed finish at the national secondary school championships, was also on-hand to help out with the training exercises.

During a break for lunch, the girls got to chat with the pros and find out how to become an ANZ Championship or international player. With the Silver Ferns due at training, the girls formed a tunnel to each give them a high five as they departed. The netball fun wasn’t over though, as the students returned to the courts for a mini-tournament of matches which also featured a team of police officers and from Crosspower charitable trust.

The initiative was organised to provide a chance for the young players to improve their netball skills, raise the profile of netball at the respective schools and promote sport in general. Following on from the day’s success, Head of Service Mr Mark Robinson hopes it will become an annual event.

We are sincerely grateful to Netball New Zealand and their sponsors, New World and BLK apparel, and the Silver Ferns and Mystics players for giving their time. The day was a highlight of the school year for the students and definitely encouraged their netball ambitions! A big thank you also to Steve Farrelly from Breakfast Club for organising this event. 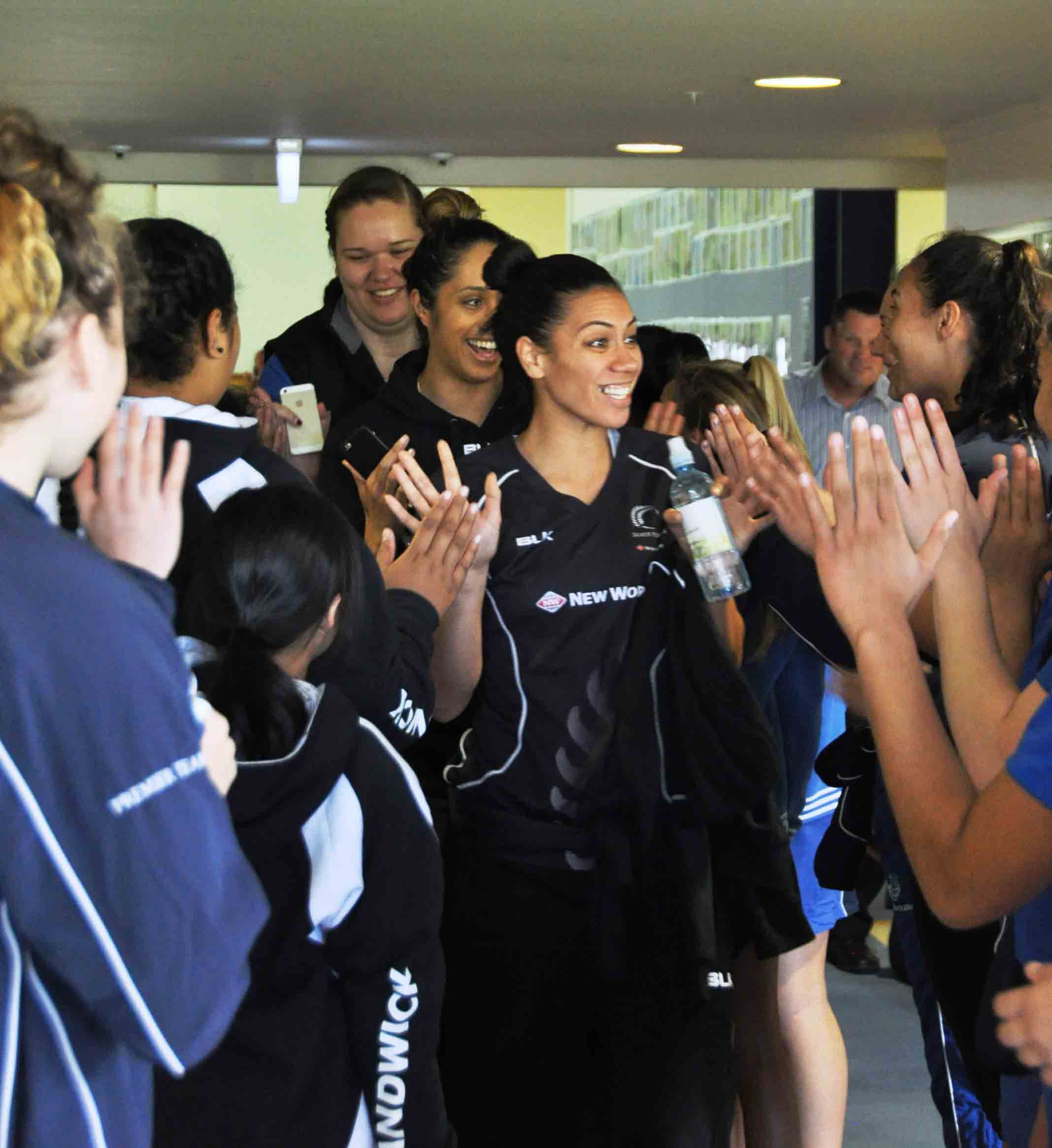 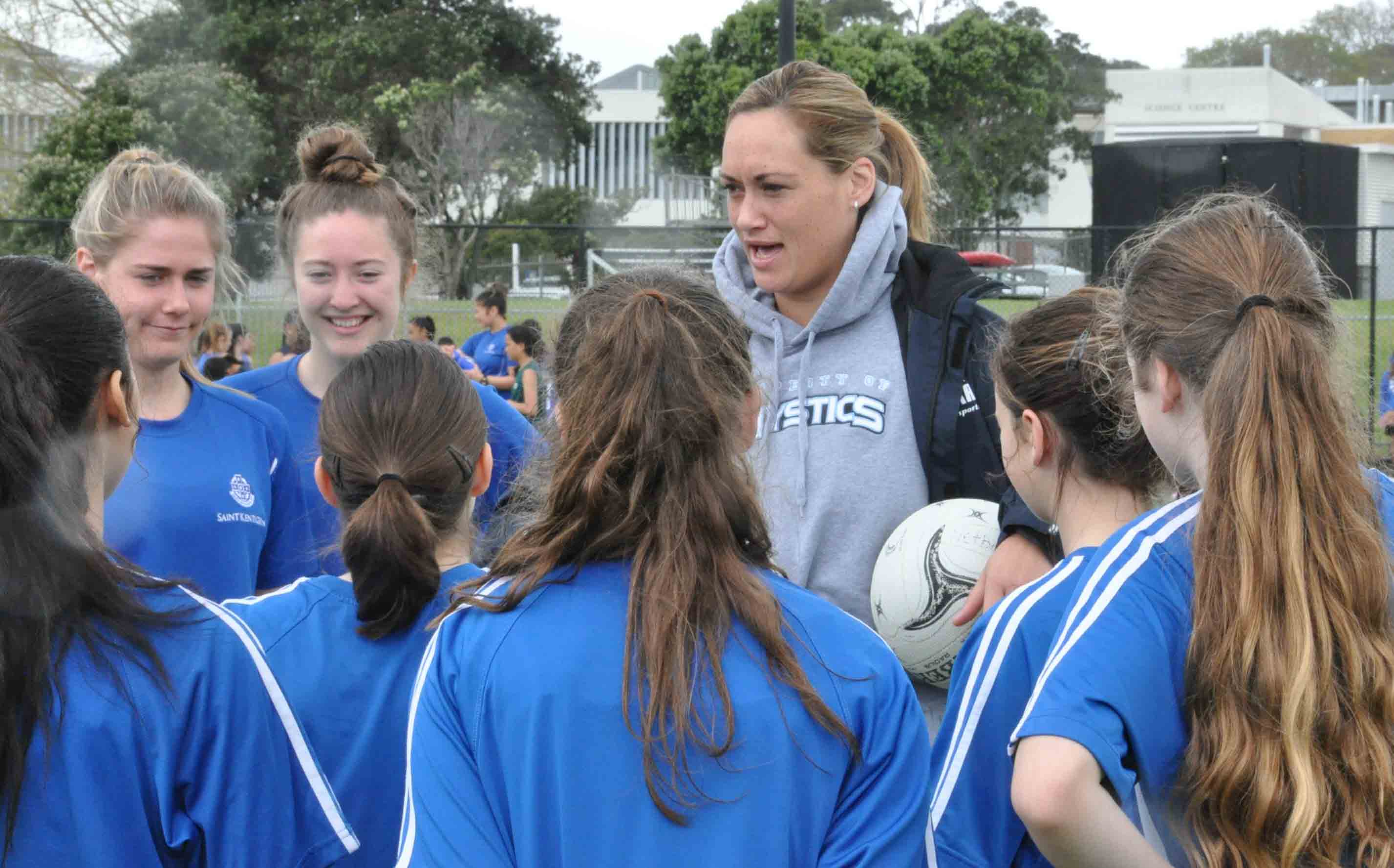 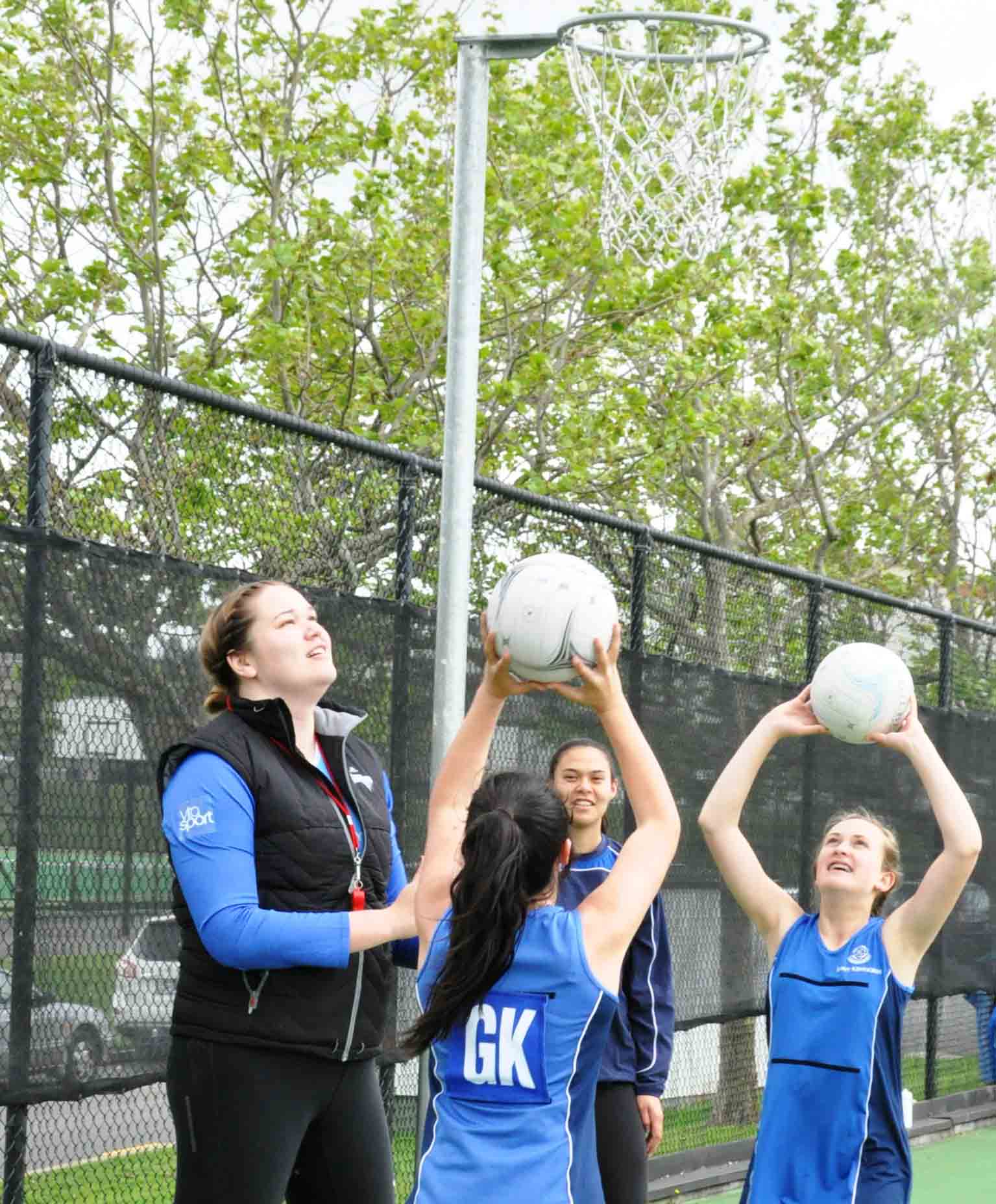