Sorrento in Cornwall Park was beautifully decorated by the Parents and Friends in preparation to farewell the graduating Year 8 class from the Girls’ School. Now in its third year, the dinner marks the formal end to the girls’ primary schooling as they prepare to move on to college. Excited girls, their parents, staff and invited guests gathered in their honour to reflect on their time at the school; a school that for some families saw some unexpected changes during their time there. A number of these girls started at Corran School but graduated from Saint Kentigern Girls’ School following the merger in 2009. These girls have been happy and well settled and are now proud to call themselves Daughters of Kentigern.

The dinner is sponsored by the Old Collegians. In his address, president, Mr Andrew Morgan told the girls that as they progress through life, they will find that their best friends are invariably their school friends; the ones who are accepting of who you are not what you have. He urged them to stay in contact and when they are older, to avail themselves of the Old Collegians Association.

Before dinner, the graduating Deputy Head Girl from the College, Hannah Lohrentz was invited to speak. Hannah is a bubbly, articulate young woman who gave a remarkable speech that the girls could well relate to. She encouraged them to reflect on what they had learnt and as they move on and appreciate the strong foundation that had been built in their primary years.

During the course of the evening, the girls mixed, mingled and giggled, seeking autographs on what has become the traditional white and blue Graduation Bear.

Following the main course, everyone was delighted to welcome the surprise guest speakers for the evening - Jo Aleh and Olivia Powrie who are the current Olympic Gold Medallists for 470 Women’s Sailing. In this Olympic year, many of us have been drawn to the achievements of our OIympic athletes with each medal making us proud that a nation as small as New Zealand can fare so well on the international stage. We were privileged to hear from these young women who gave us an insightful look into the qualities needed, and the challenges that they have faced over the years, in their bid to reach the top of their chosen sport. Our girls were delighted to be able to hold their gold medals.

There was also a Saint Kentigern connection in choosing this pairing; Olivia is the granddaughter of Warwick Macky, the founding Chairman of the Saint Kentigern School Board, serving in that capacity from 1959 until the amalgamation of the School Board with the Trust Board in 1996. He also served on the Trust Board from 1960 to 1996. He made an enormous contribution to the establishment of the Boys’ School and was very dedicated throughout his 37 years of service.

Head Girl, Anna Elisara spoke confidently on behalf of the Year 8 students to offer her thanks to the staff who had helped them on their way. In the final address of the evening, Principal, Mrs Sandra Hastie said, ‘As you end one special chapter of your lives a new one begins, You have a fresh blank page ahead of you.  It is up to you to grab your pen and write your own stories.  I urge you to take this opportunity to write an unforgettable chapter filled with the fulfilment of your goals, dreams and desires. Tonight is about endings but also a beginning.  You have finished the first book and now you are on to the sequel. Appreciate the endings in your life, but don’t let them short-change the beginnings of new stories. You hold the key to your own futures.’ 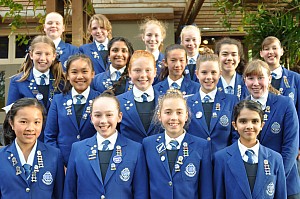 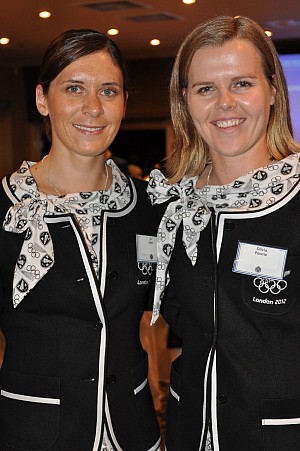 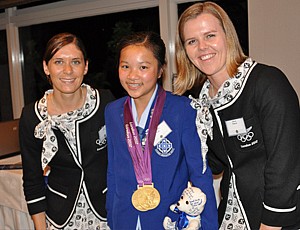 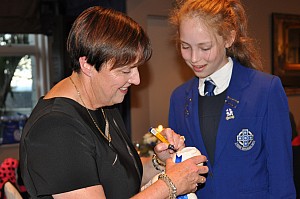