From cave to canvas, marble and bronze with charcoal, paint and tools, since the dawn of time, the human impulse to create works of art has been universal. Throughout all stages of civilisation and in every region of the world, art has reached beyond the boundaries of language, time and space to communicate beliefs and express ideas about the human experience.

This term, our boys in Year 6 have been looking at ‘how we express ourselves’ and specifically exploring the central idea that ‘our world can be expressed through visual arts.’ They have asked, ‘What is art, where is art and how is art communicated?’

As cultural documents, works of art provide important insights into both past and existing cultures, helping us to understand how others have lived and what they valued. With this in mind, the boys have been exploring the many and varied styles of art from impressionism to cubism and abstract, and looked at mediums from painting to sculpture. Through their research and discussions, they have come to learn that over the centuries, society and particular periods in history have influenced the nature of artistic works, and the way in which they have been used to communicate ideas and feelings.

Above all, they have come to understand that the making, creating and appreciating of art is a personal experience.

To support their unit of study, the boys were fortunate to be able to visit the NZ Sculpture OnShore exhibition based at North Head in Devonport. One of New Zealand’s largest and oldest outdoor exhibitions, it has grown over the years from being based in a private garden to occupying the spectacular Fort Takapuna Historic Reserve on Auckland’s North Shore.

In discussing sculpture in the classroom setting, the boys had come to understand concepts around scale, size, texture and form, but nothing compared to having the opportunity to see multiple, large scale artworks in situ! The idea that ‘visual art is seen differently through the eyes of different people’ quickly became apparent as the boys discussed their likes and dislikes and which piece impressed them the most!

From 10,000 white windmills blowing in the wind to a triceratops compiled from driftwood, eerie daleks standing guard, monkeys on electronic devices and a pack of roaming, wild beasts, there was plenty to intrigue the boys. Much of the intrigue came from, what was for the boys, the eye-watering costs of some the artwork ‘$6,000 for tic tac toe!’ But much of the talking point came from the incredibly intricate detail of some of the pieces such as the deep-sea bronze diving helmet and  the marble feather, or the idea that a seemingly simple object, when artfully placed with others, could take on new meaning.

The visit certainly fired up the imagination and the boys are now keen to put their learning into practice!

Observations from the boys:

Personally my favourite sculpture was of an old pearl diver’s helmet and the oxygen tank connecting to the diver. It was made out of the smoothest copper and felt like soft silk running through my hands. But I thought the most astonishing part of it was the detail taken in making the accessories for the pearl diver like the spikey spear gun and the specific rope coils in the net.

It was like a giant majestic bird had soared above the sky,

Sent by the gods to watch over Earth's people

And as the bird soared by it gave us a present that landed in the soft, lush, green grass.

The present had a lot of amazing patterns and details

That present was a Marble Feather, a truly amazing gift.

Monkeys on their modern devices,

Big people that have been remade,

These sculptures are all being displayed.

This big event right by the shore

Had these sculptures that we adore.

It was very interesting to see the diversity in the sculptures and how they were made. Our favourite sculpture was the Daleks. We liked it because the artist used recycled objects to make them. For example, the gun was made out of an egg beater and its hand was made out of a toilet plunger. 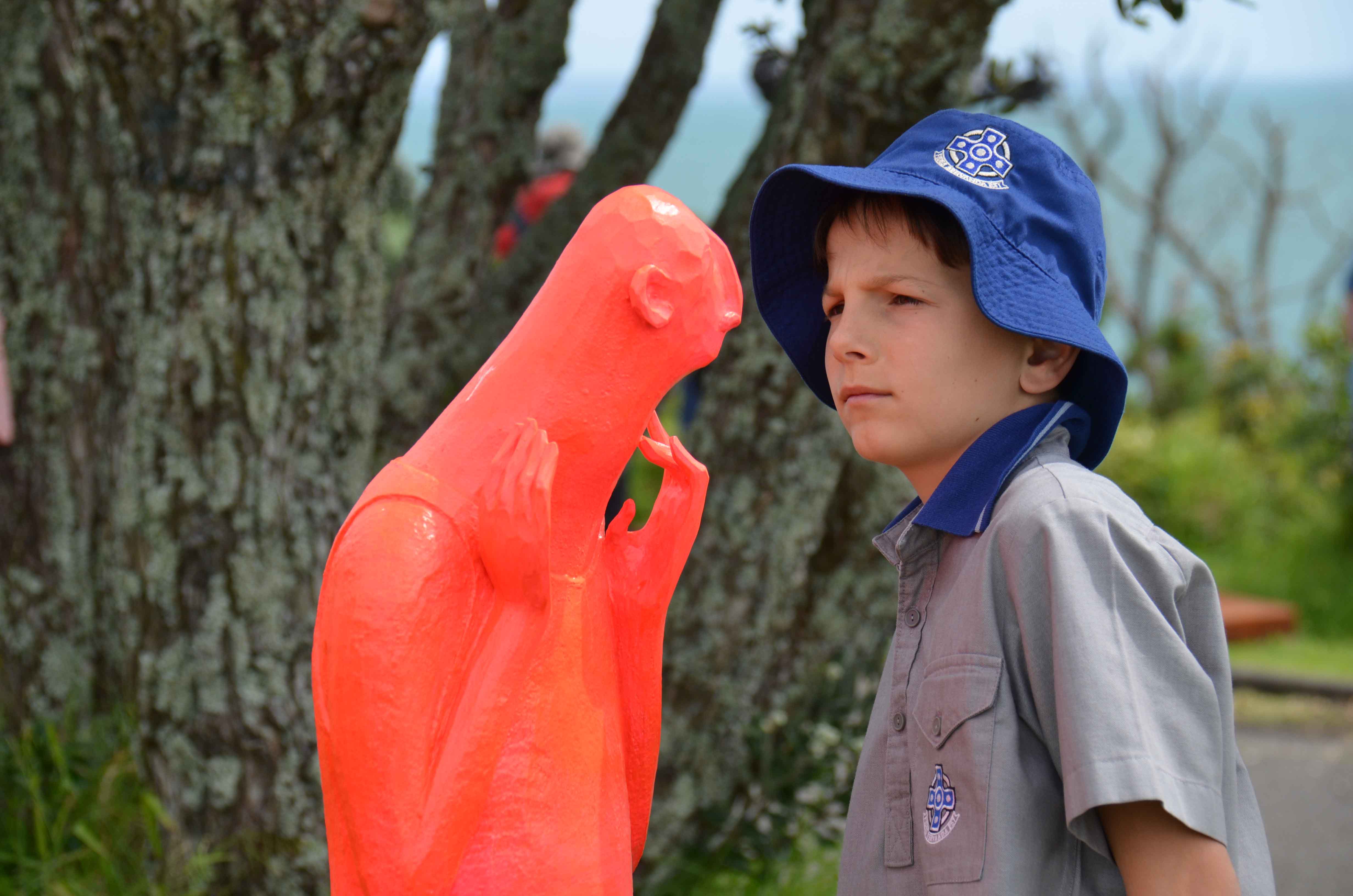 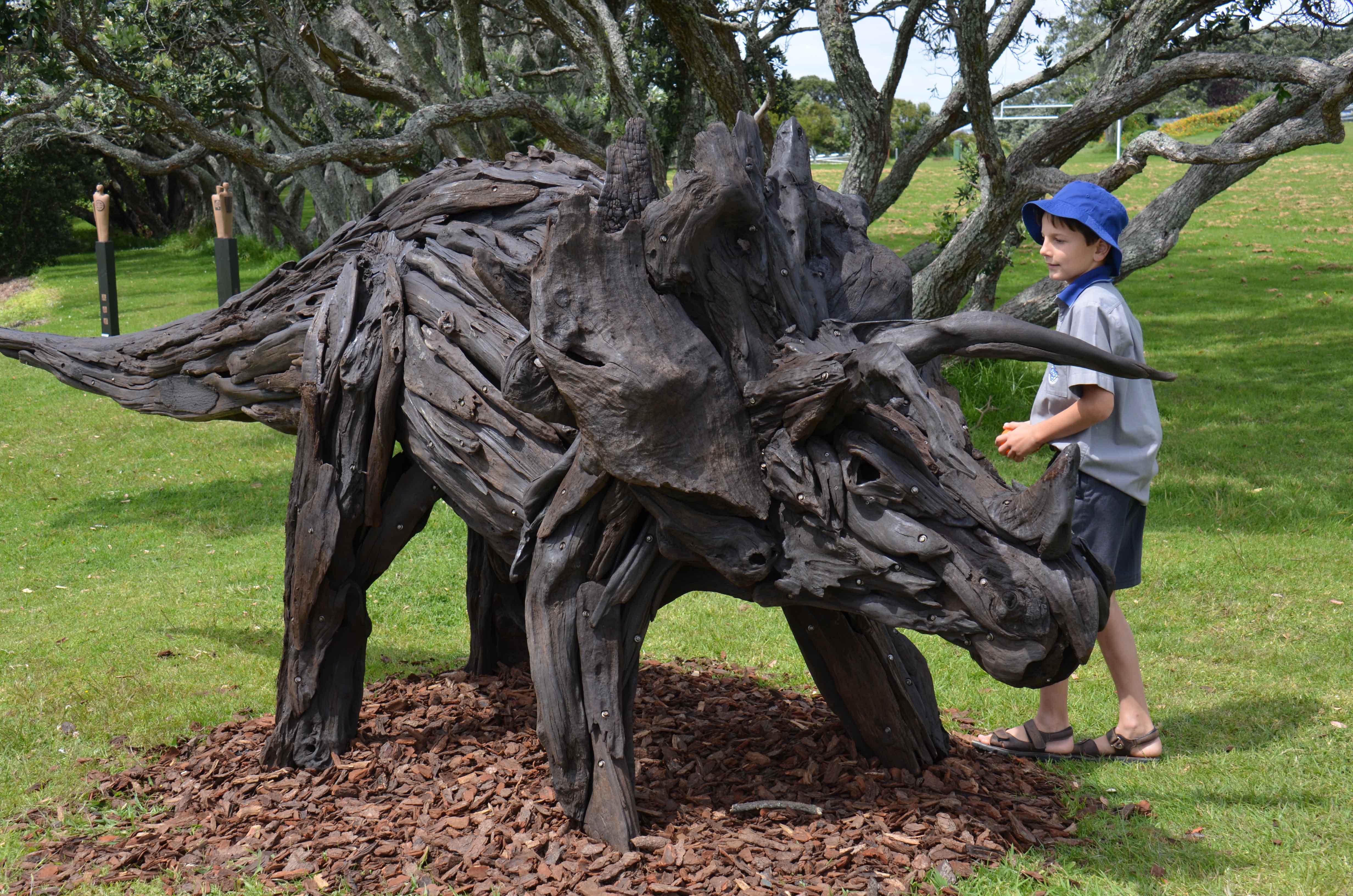 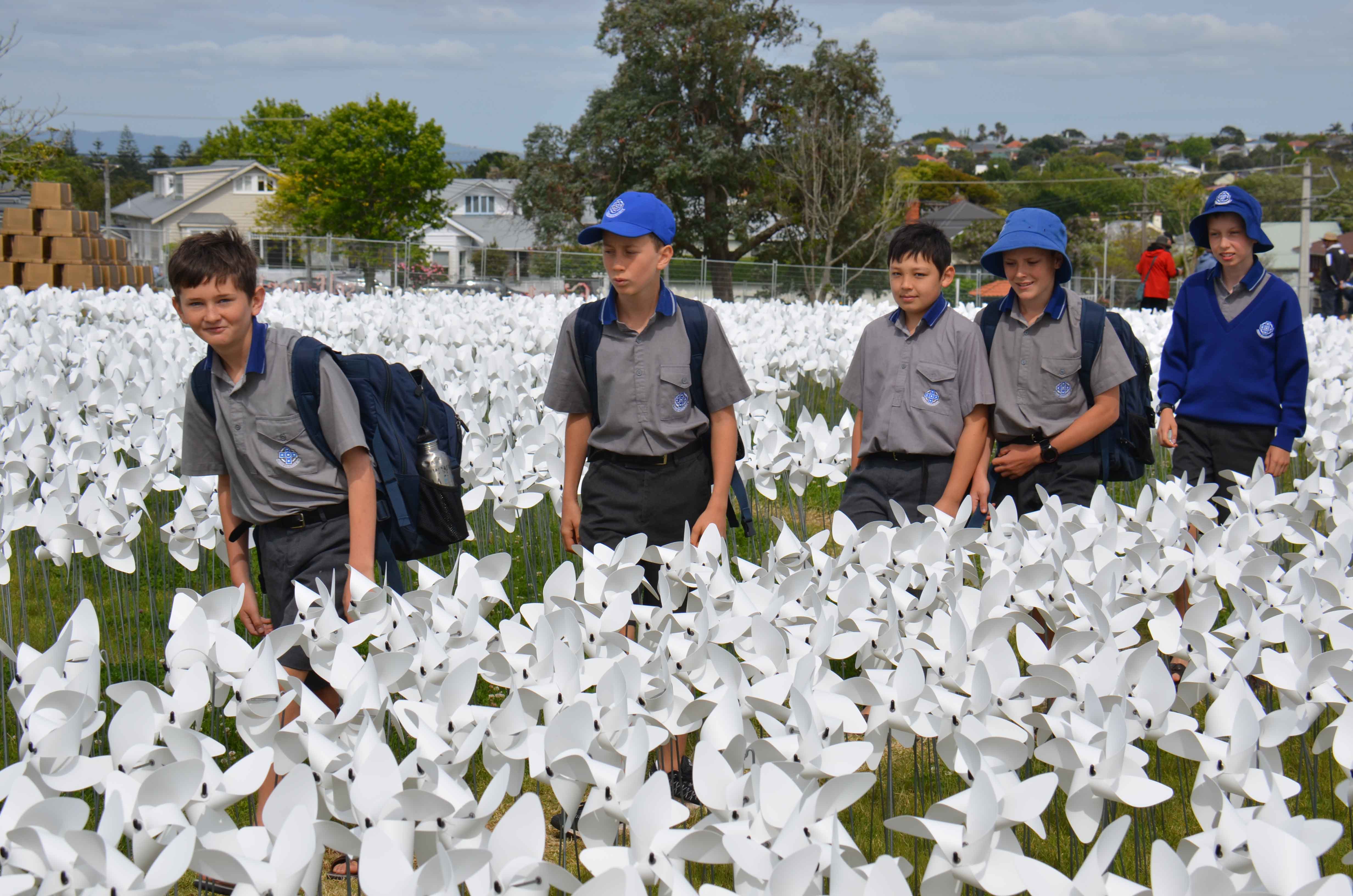 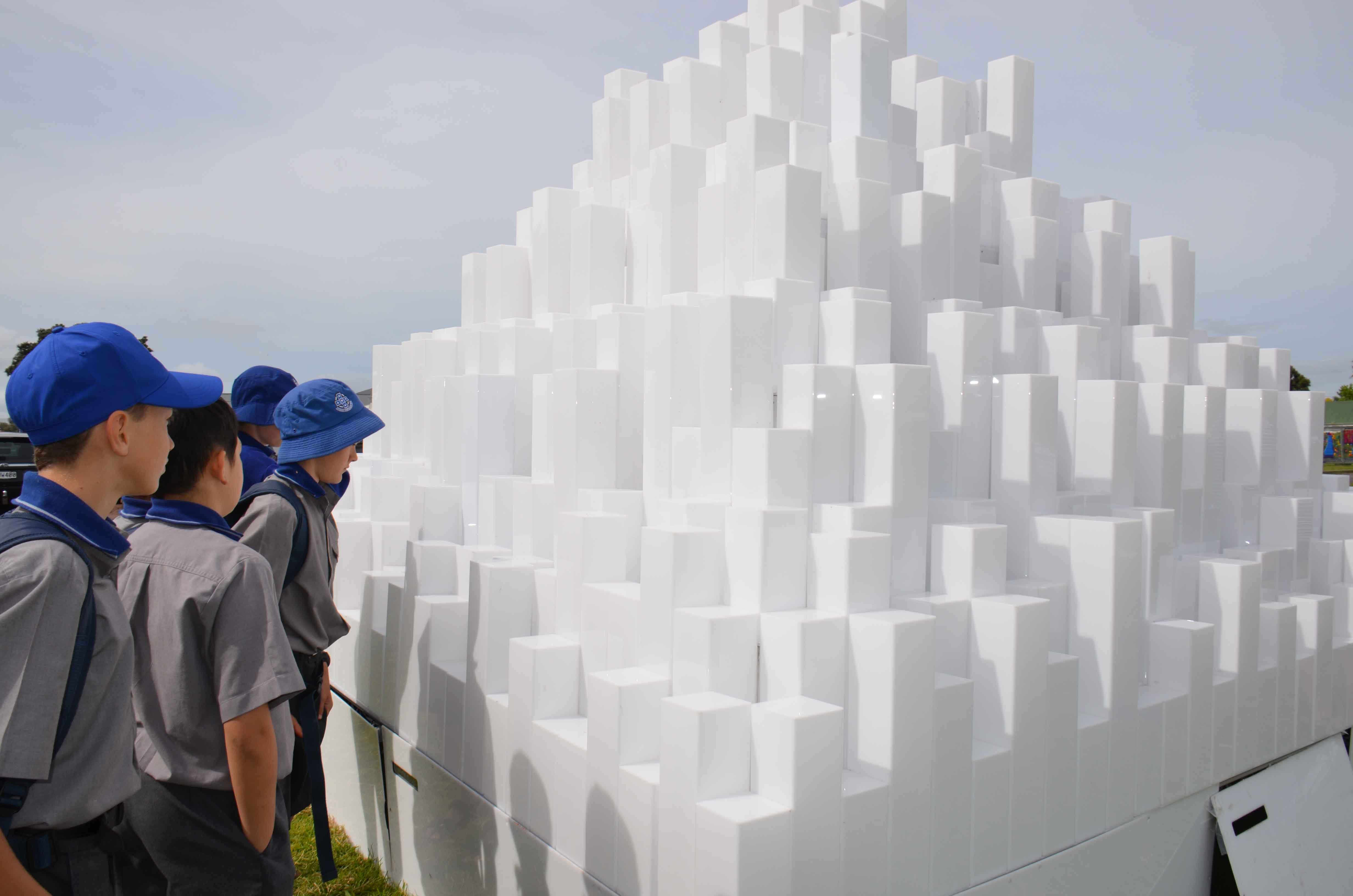 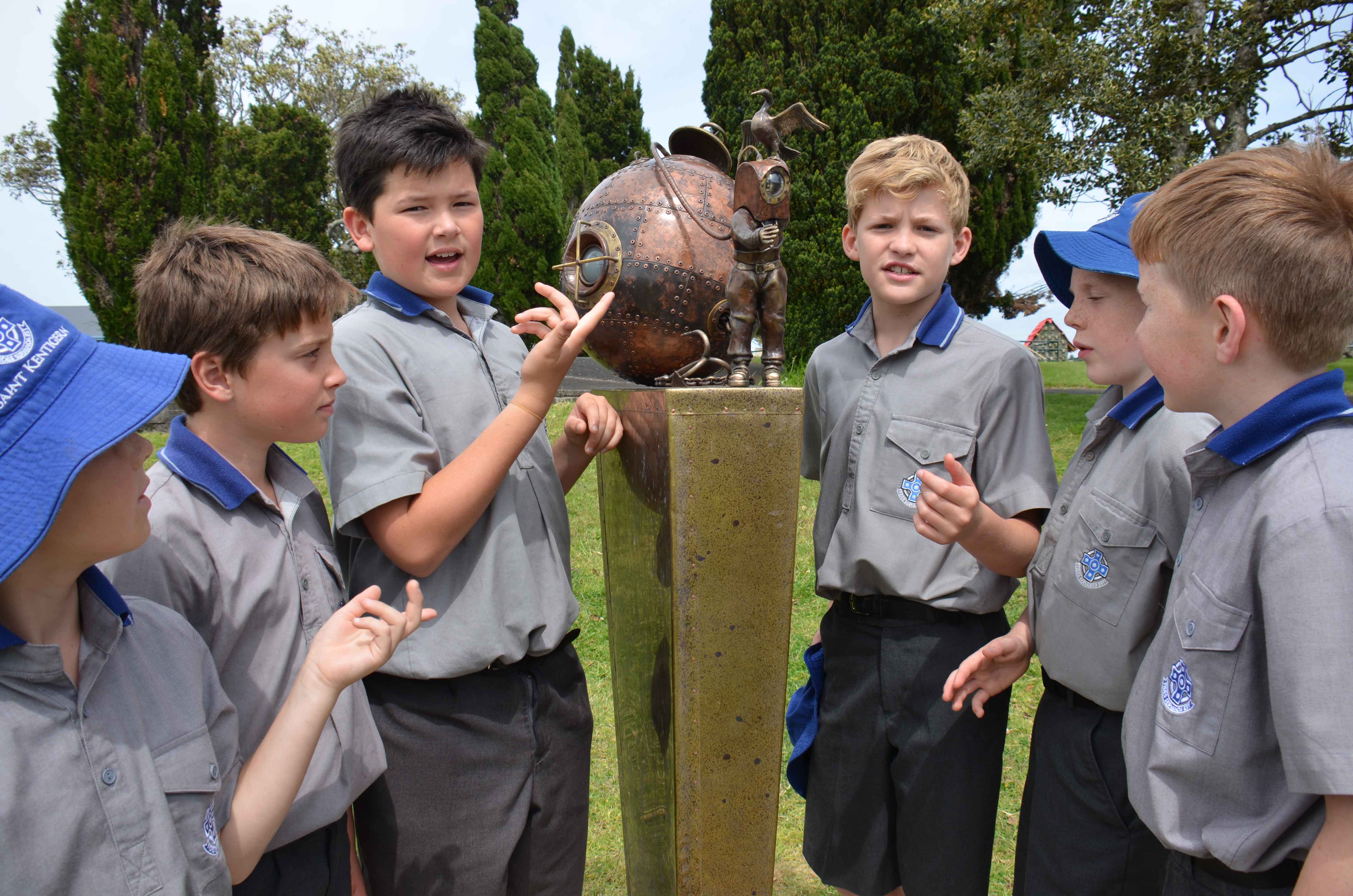 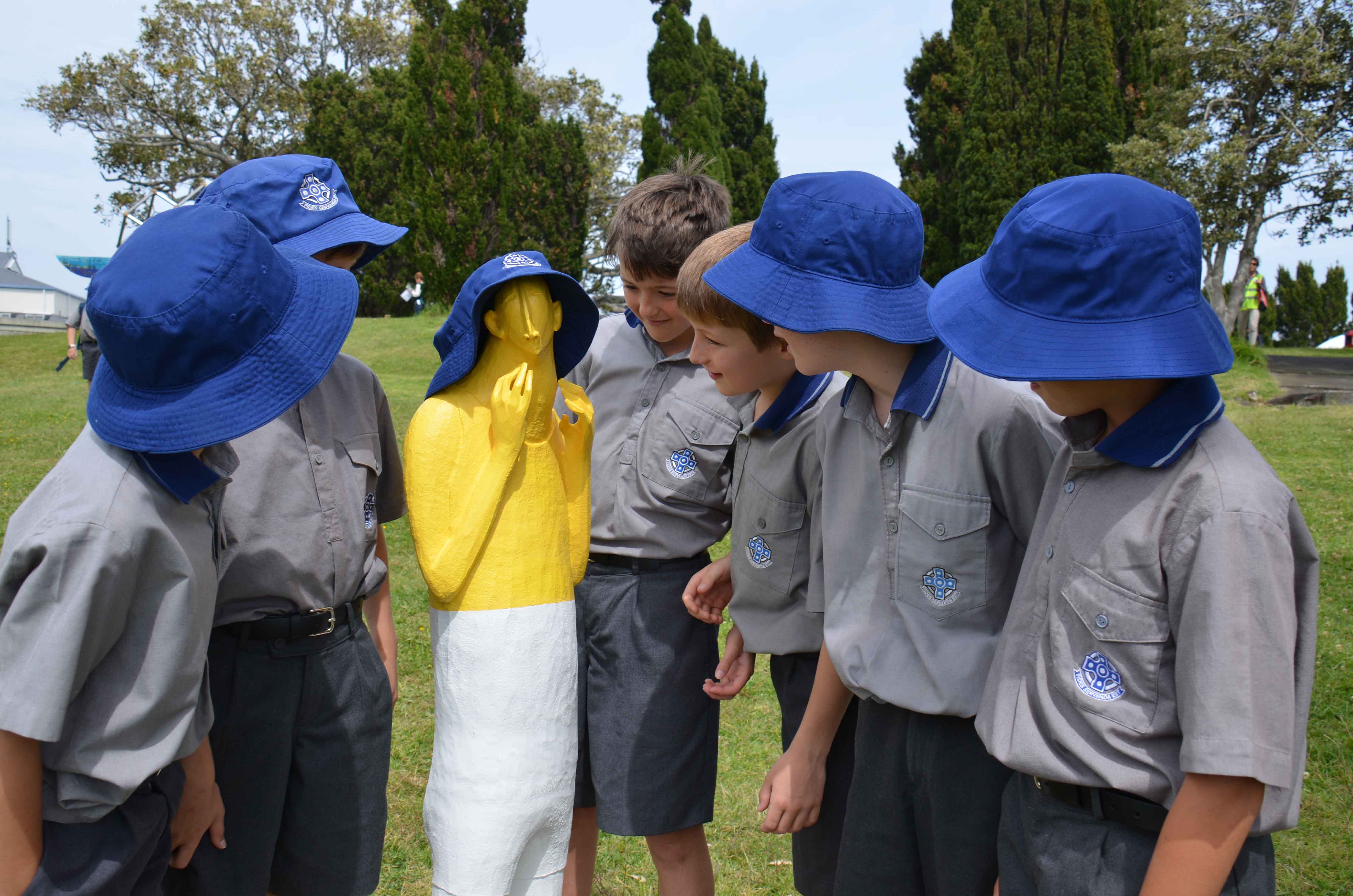 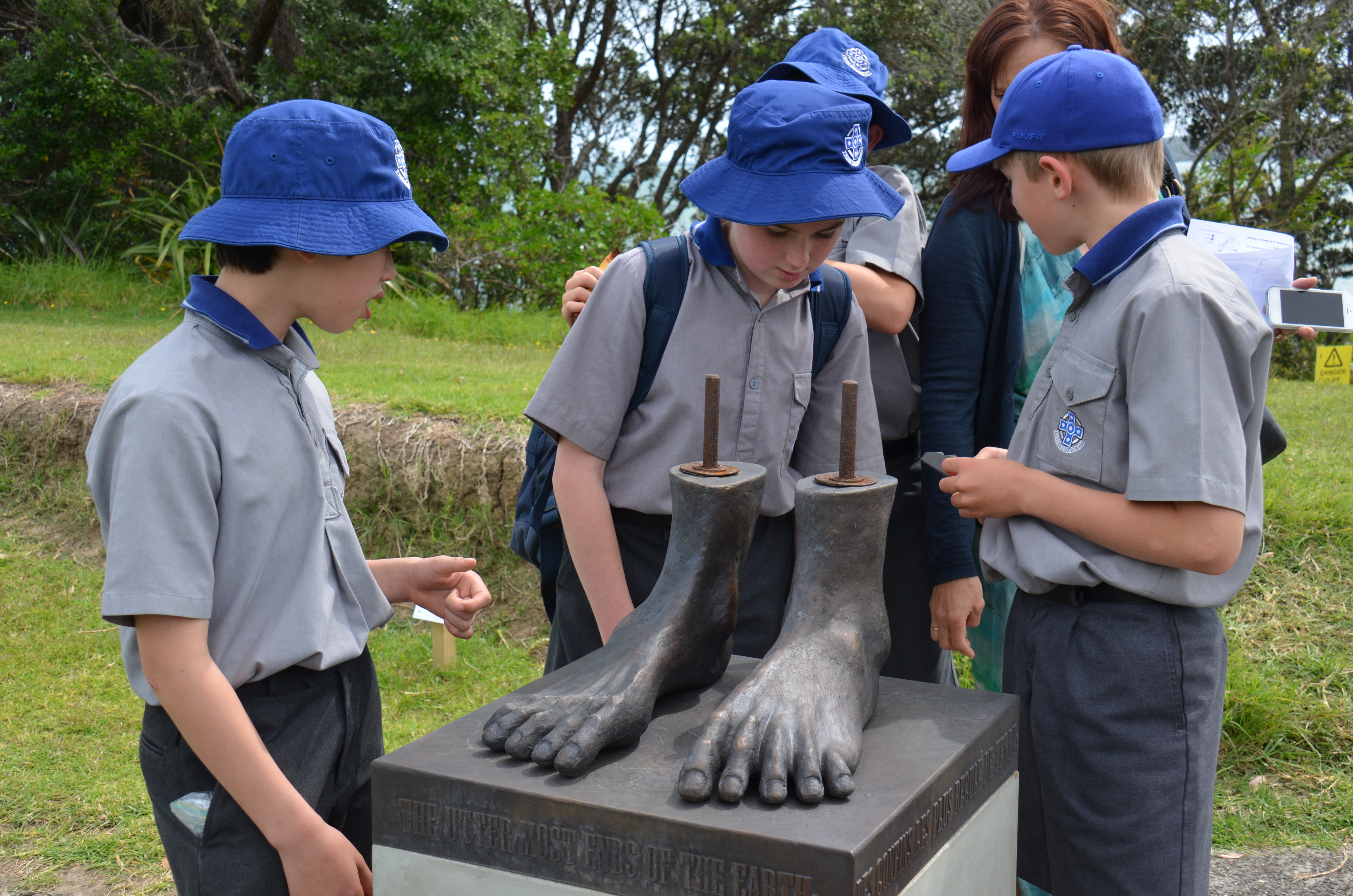 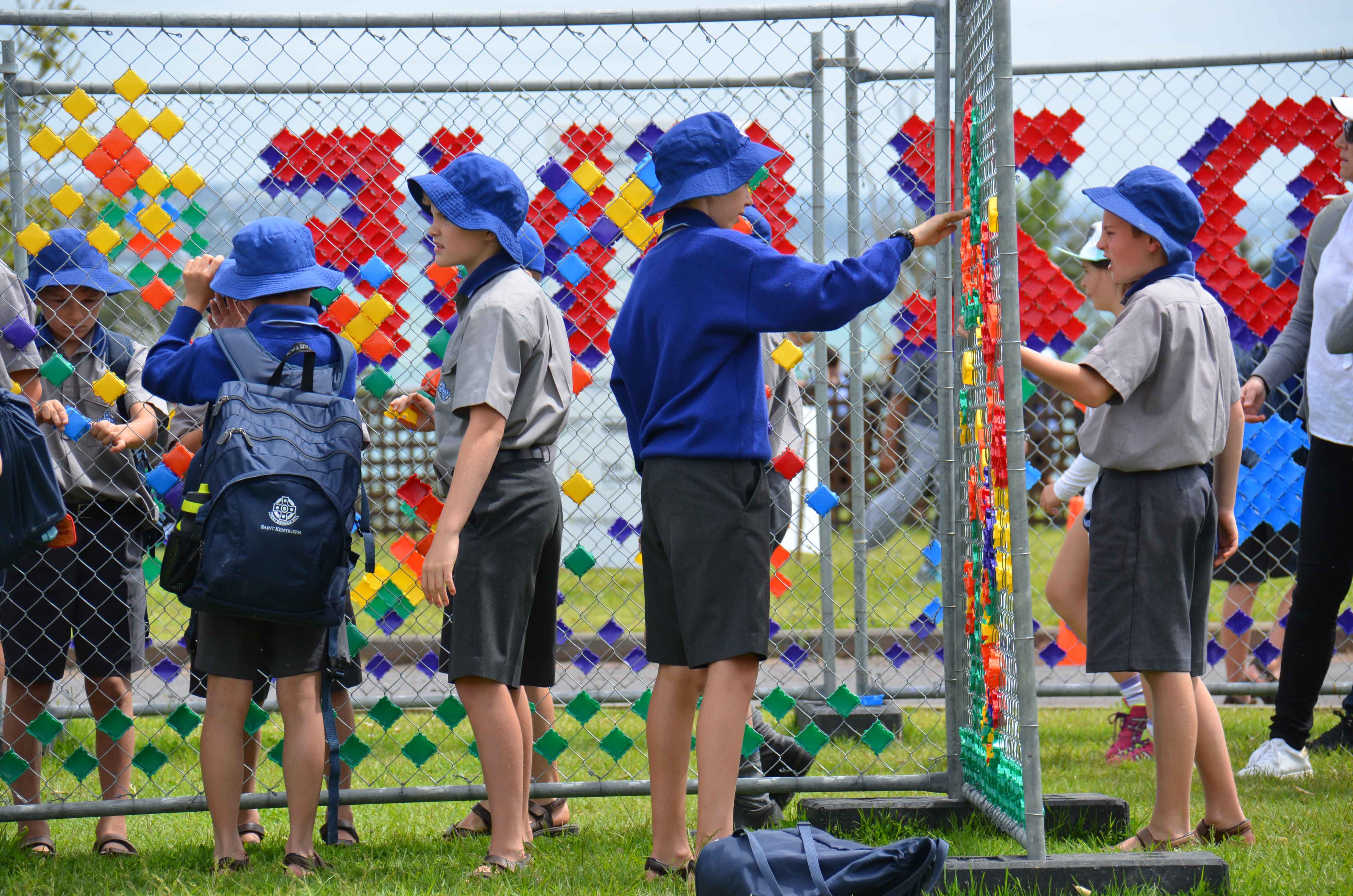 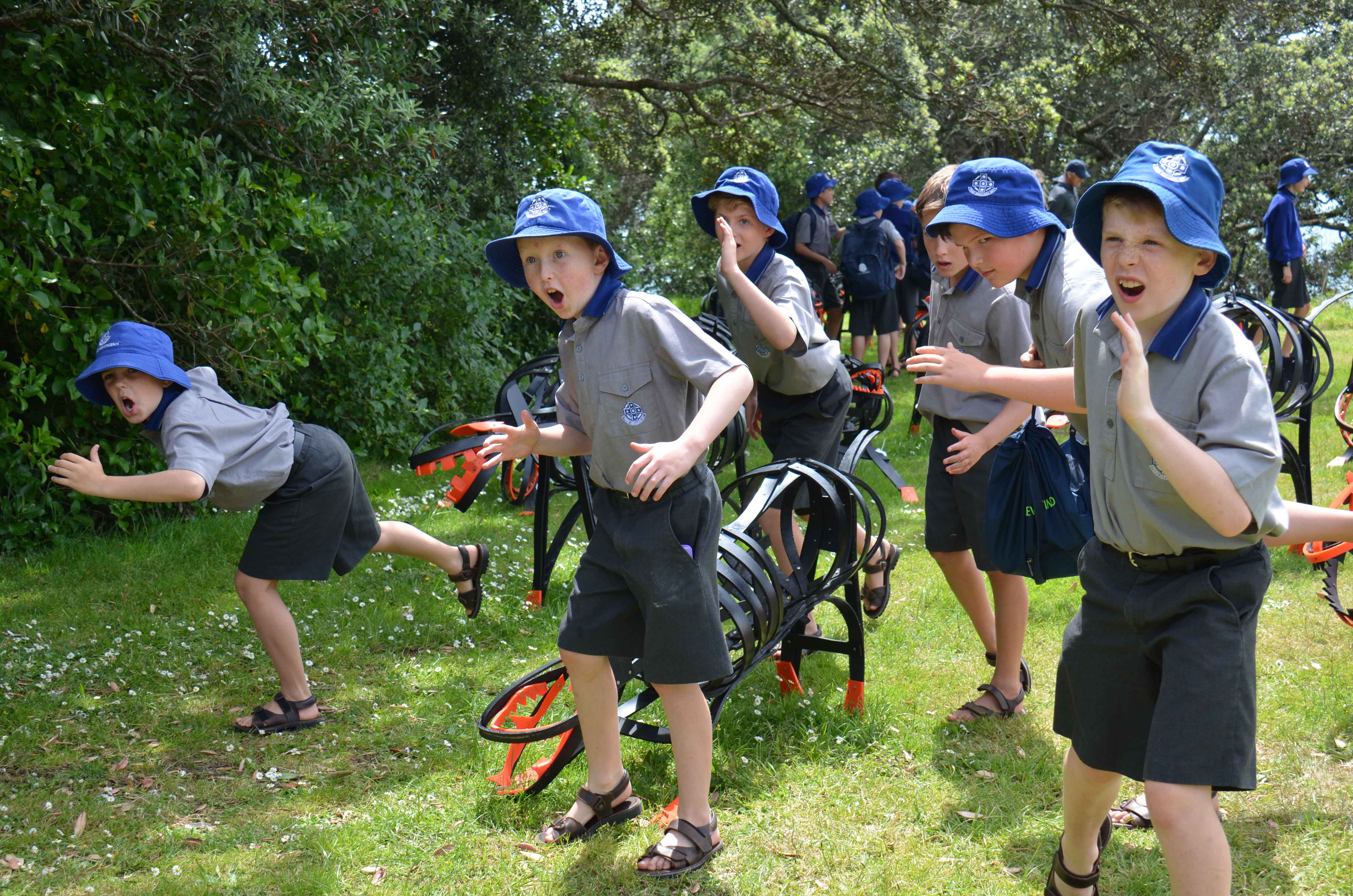