The talents of our Senior School students are showcased in three major theatrical productions each year - a musical, a drama series and a dance showcase.

These productions see a large number of students actively involved both on and off stage in high quality productions.

Our productions are renowned for their consistently high levels of performance, music and stagecraft, and are enjoyed by families from our community and beyond. 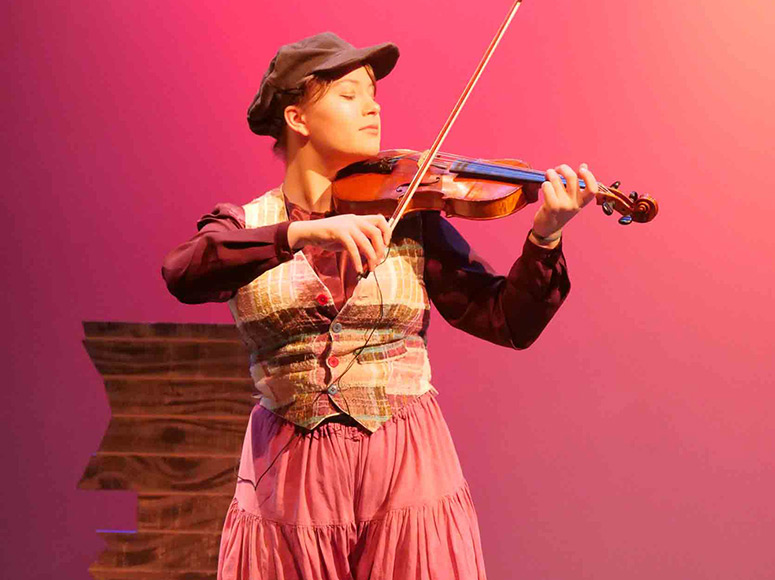 This year’s production, ‘Fiddler on the Roof,’ offered performance opportunities for a large ensemble, along with several principal parts. An extensive audition process took place at the end of last year, with a great deal of deliberation given to casting the leading roles. The directors were faced with a conundrum - so many students shone at the audition that they made the unprecedented decision to double-cast the show! 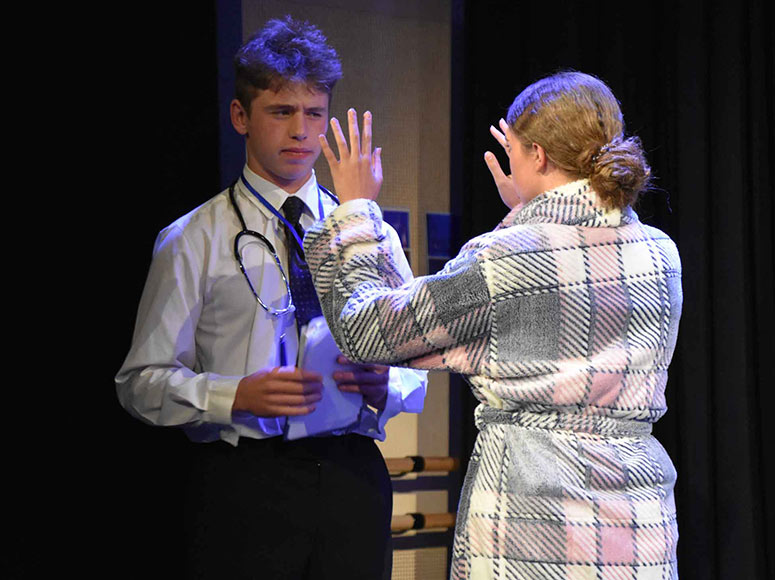 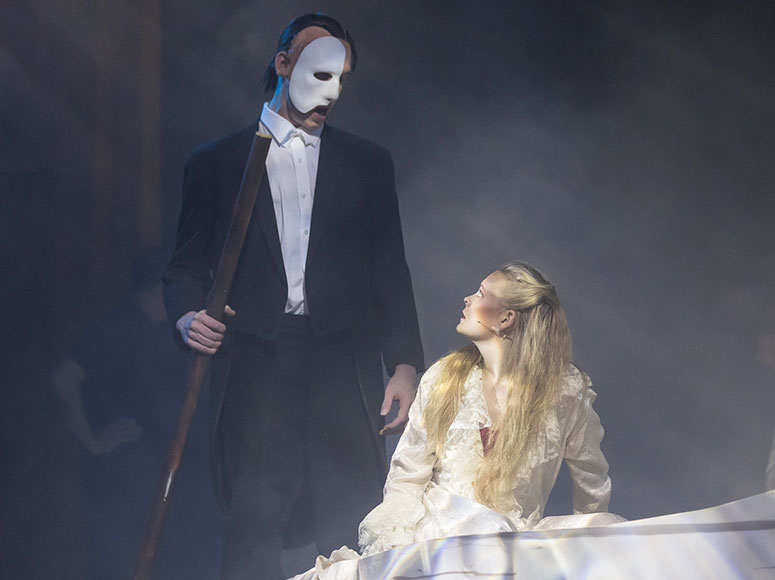 The Phantom of the Opera - 2018 Production

There was one piece missing in the ‘masterpiece’ puzzle; one of the most successful theatrical productions of all time and the longest running musical on Broadway and the West End – Andrew Lloyd Webber’s smash-hit musical, ‘The Phantom of the Opera.’ With the recent release of the rights to allow staging by schools in New Zealand, Saint Kentigern led the charge! 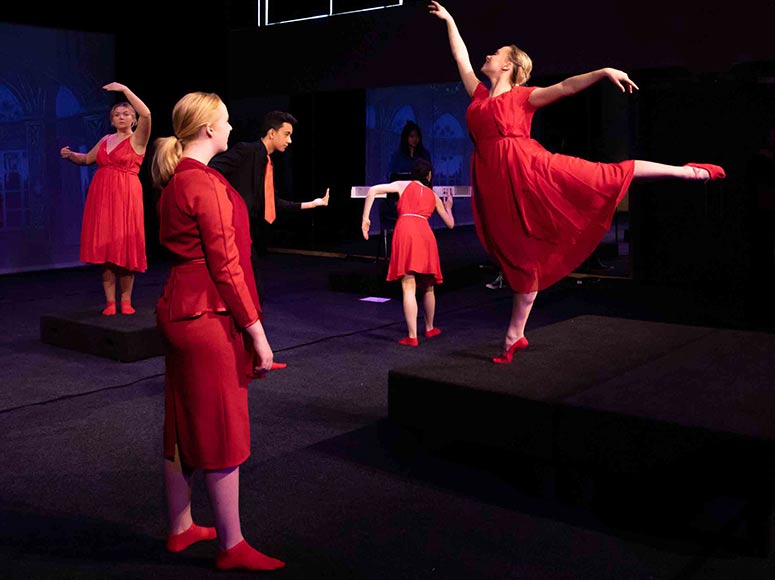 For three nights, and six shows the new dance studios at the College were transformed into a universal landscape in which work created by the 31 strong ensemble of students who took part in the Senior College Production of ‘The Red Shoes’ was to be staged.

The well-known story is of a girl who is tempted by a pair of red shoes, which she puts on, but then cannot stop dancing. She dances everywhere and eventually becomes so tired she decides the only way out it to cut off her feet and find salvation. 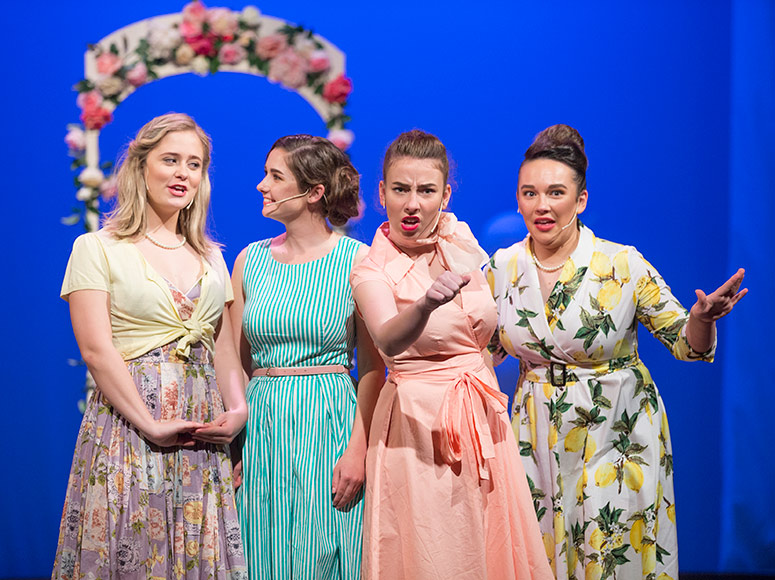 All of the wit and romance of Jane Austen's 1813 novel came to life on the Saint Kentigern stage, in a fast-paced adaptation of her classic story; an adaptation that stepped away from the English gentility of the Regency period to land squarely in the 1950’s! Despite the 140 year gap, the tale of love and values in class-conscious England sat well in its reimagined setting. These were both eras when the role of women, and questions of land ownership and inheritance were tightly intertwined with courtship and the need to find a suitable marriage. 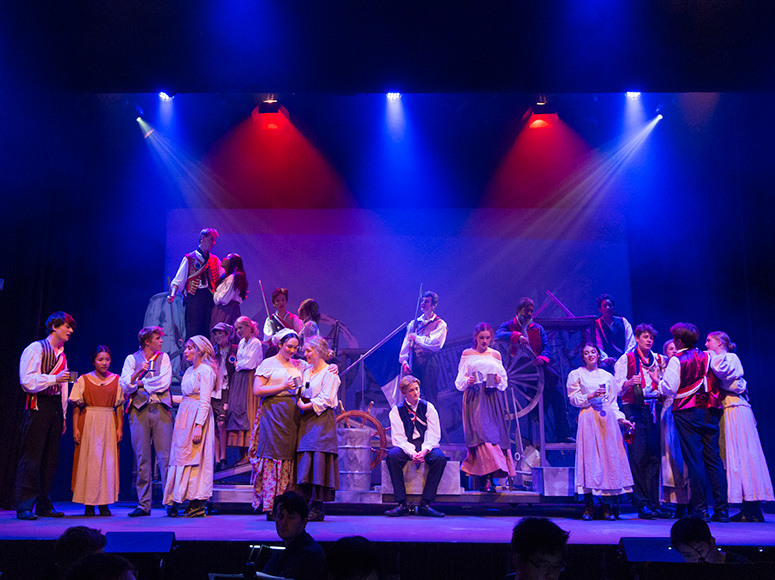 Nine years on and there could be no audience more captivated than our own! Forget the West End, Broadway, Sydney … after the opening night of our Senior College musical, Les Misérables – School Edition, word spread. 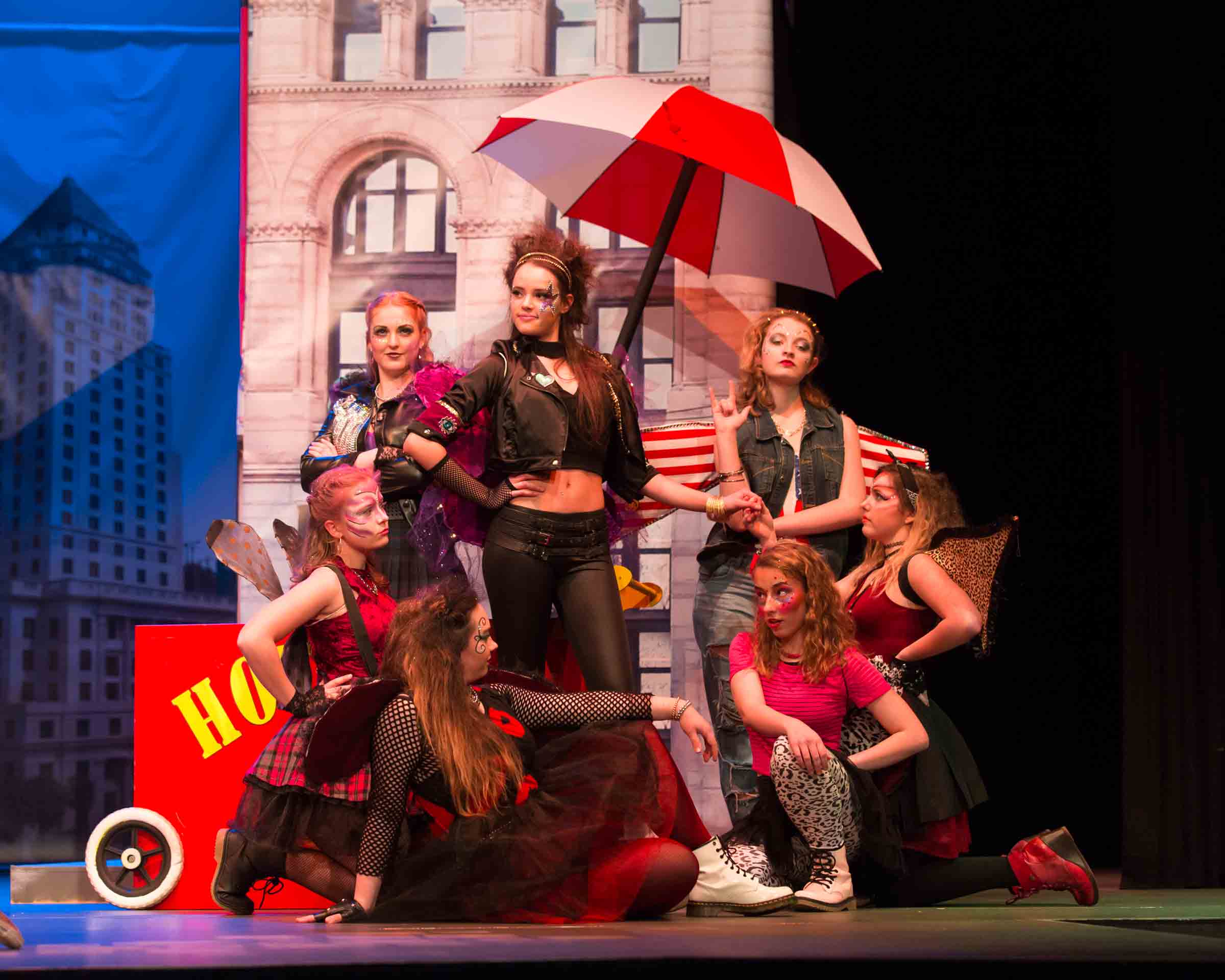 Making Shakespeare relevant to today’s audiences and young thespians sometimes needs that ‘extra spark’ and so in recent years, Shakespeare has had a thorough reworking for each of the College adaptations.

A Midsummer Night’s Dream has a convoluted plot with multiple twists and turns to keep the audience puzzling, however, few would have guessed the chosen setting for this year’s production 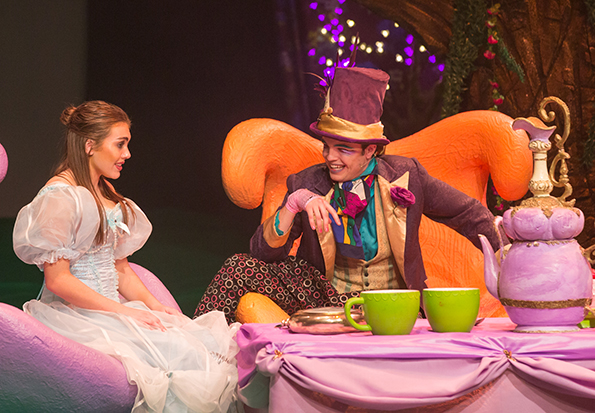 ‘A little bit Disney, a little bit Tim Burton movie and a lot of in between,’ this year’s senior drama production of ‘Alice’ was an adaptation for the Saint Kentigern stage by Head of Drama, Ms Emma Bishop. 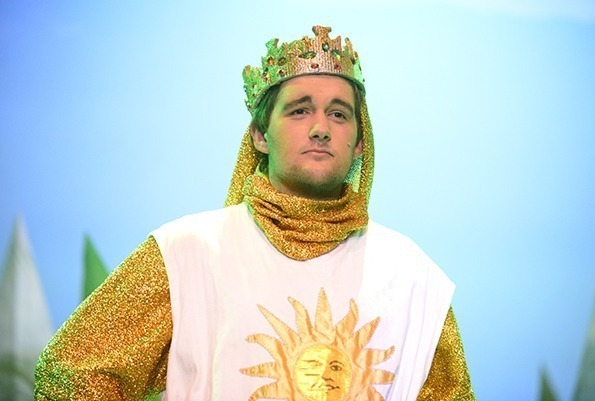 Just as the Monty Python team did when they first penned the 1975 film, ‘Monty Python and The Holy Grail!’ a musical theatre spin-off, ‘Monty Python’s Spamalot’ was ‘lovingly ripped off’ from the original film and parodies the Arthurian legend by following the trials of King Arthur and his servant/horse, Patsy, as they wander the countryside in search of candidates to join the Knights of  the Round Table. 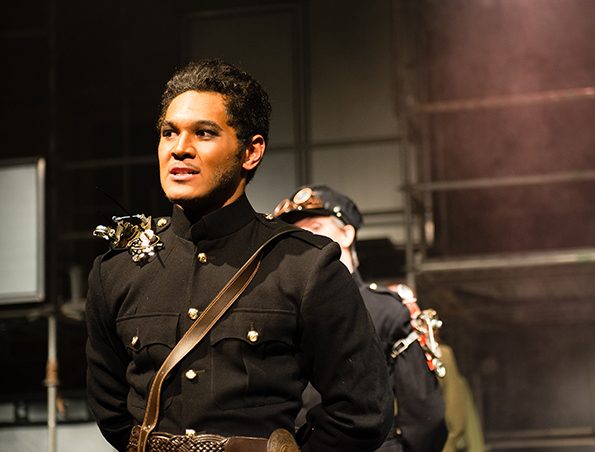 The title, ‘Othello’, made it quite clear that the 2014 College senior drama production was to be Shakespeare, but the request for unusual costume parts left no doubt that this was not ‘Shakespeare as we know it!’ Revised for a post-apocalyptic, steampunk world of techno-Victorian industrial design, the tragic tale of jealousy, racism and a misplaced lady’s handkerchief was given a unique twist. With an amazing set of interlocking scaffolding, awe-inspiring steampunk-styled costumes and fantastic performances from our students, this was an attention-grabbing show from beginning to end! 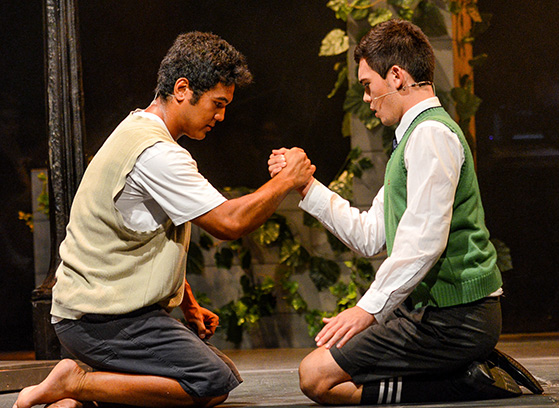 So did y’hear the story of the Johnstone twins?
In a break from tradition, the 2014 College Senior School musical was staged in Term 1 this year. With only a few short weeks of rehearsal time, and hot on the heels of last year’s production, 'West Side Story', winning the Best School Musical for 2013 at the annual Auckland Showdown Awards, the cast, orchestra and production team gave it their all, to bring yet another fantastic musical to the Saint Kentigern stage. 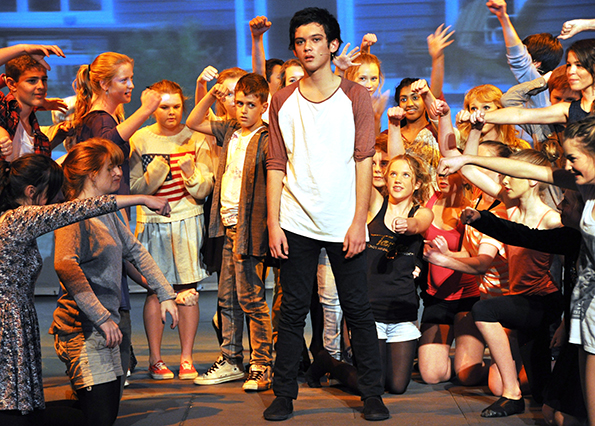 A ‘juke box’ musical packed full of home-grown Kiwi song tracks by some of New Zealand’s greatest singers and bands, had a serious message about the need for resolution and forgiveness that was delivered in a high energy show, peppered with both humour and emotion. 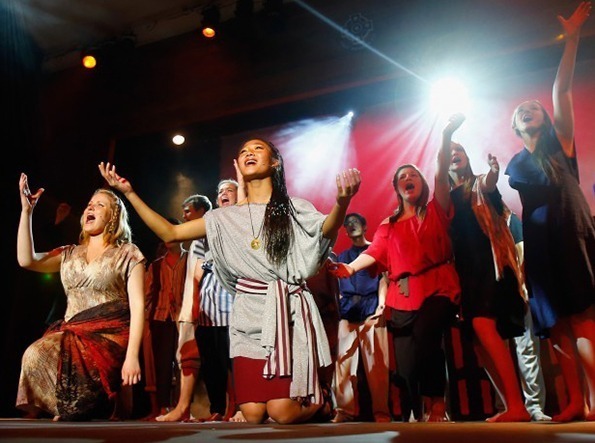 A contemporary, musical take on Verdi's classic tale of the timeless bond between an enslaved Nubian princess and a high ranking Egyptian soldier, Elton John and Tim Rice's version of 'Aida' was a perfect production choice for the senior musical.  With a pop-rock score that featured stirring ballads and rousing choral numbers, the stage was set for an exuberant show that told a tale of true devotion. 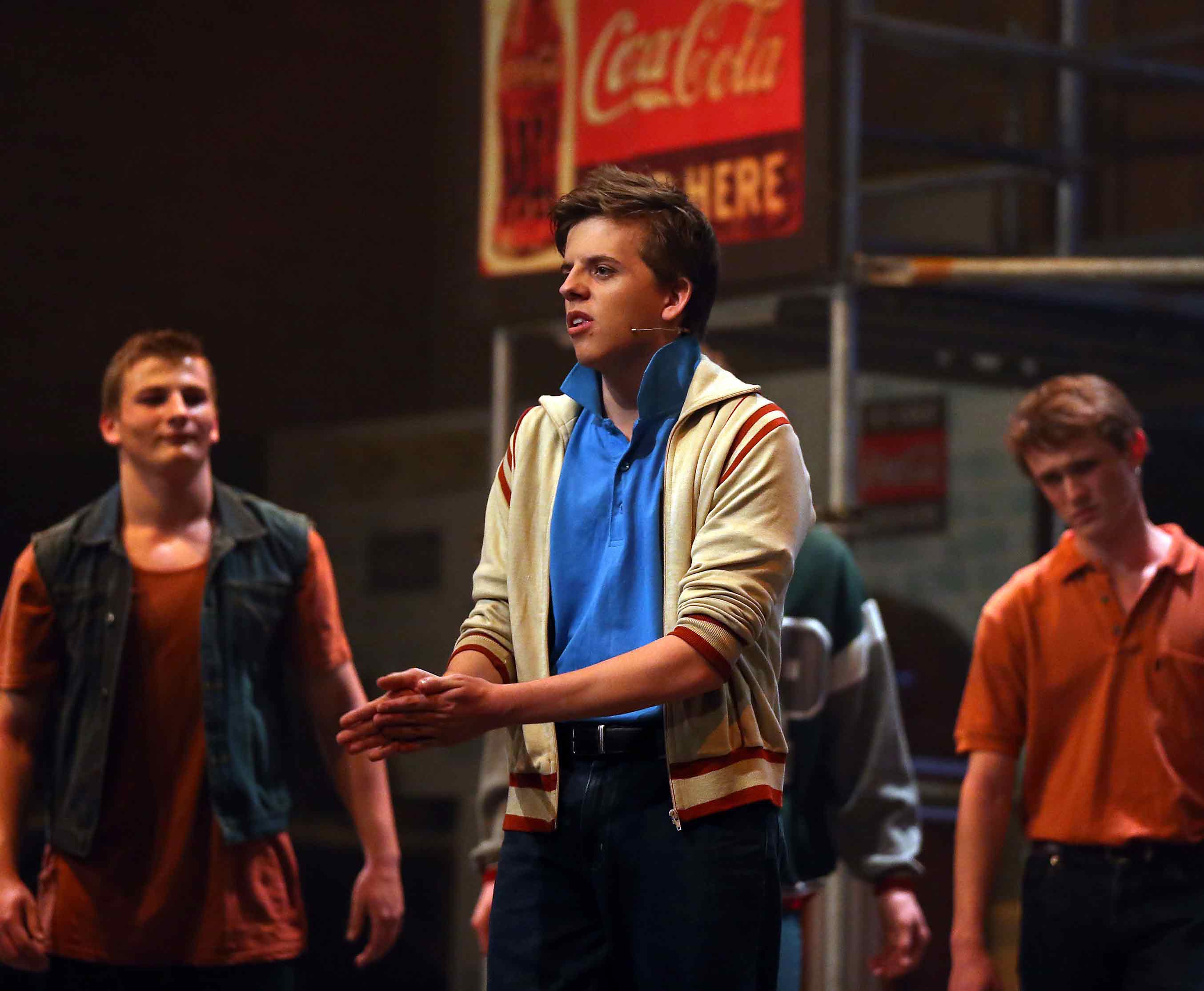 ‘Maria….and suddenly I found, how wonderful a sound can be!’
These are the lines sung by Tony to declare his new-found love for Maria; a song that immortalises Leonard Bernstein’s West Side Story as one of the most successful musicals of all time.

Based loosely on Shakespeare’s 'Romeo and Juliet', 'West Side Story' takes to the tenements of New York during the 1950’s; a time when a daring new youth culture, largely independent of adult influence, was starting to take root. The storyline stays true to the tragedy of innocent love caught in a complex social web that will determine its eventual demise. 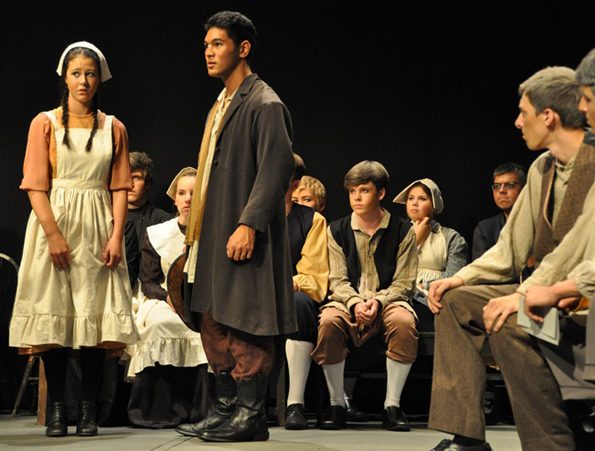 To walk into Elliot Hall and be declared a ‘witch’ was an unnerving experience for women in the audience at this year’s senior drama production. The whispering of lies and infectious gossip by cast members, standing amongst the audience before the start of the show, set the scene for Arthur Miller's re-telling of the 1692 Salem witch trials, exploring mass hysteria and exposing the justice system in a powerful tragedy of one man's search for self. 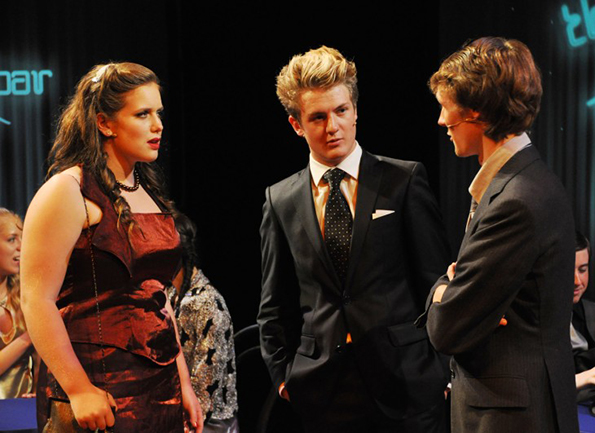 Set in the retro-styled, yet present day Empire City, Senior Drama Production, ‘Let the Dice Roll’ was a noir-styled smorgasbord of crime story conventions. From the concept of good cop/bad cop to suspect interviews, red herrings and a cunning femme fatale, the play focussed on the case of a missing billionaire industrialist and those most likely to be involved in his disappearance.